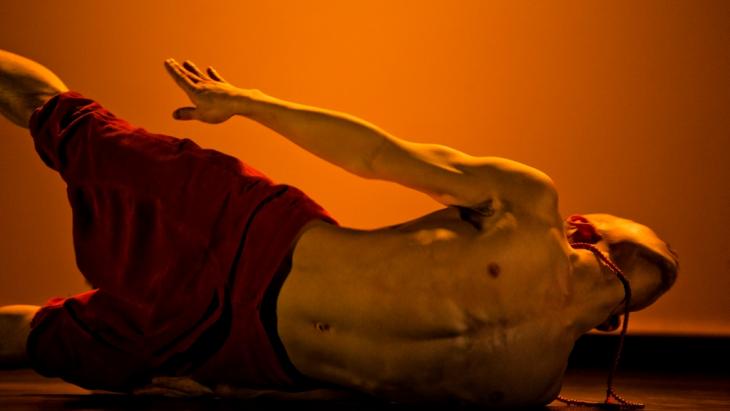 In his work, the Belgian-Moroccan choreographer Sidi Larbi Cherkaoui combines elements from different cultures, religions and styles. In this interview with Ceyda Nurtsch, he explains how his Moroccan roots influence his perception of aesthetics and speaks about the role of art in the Arab Spring

Your work is often described by critics as being the cliché of a multi-cultural melting pot on stage. How would you yourself define the essence of your work?

Sidi Larbi Cherkaoui: First of all, I think that for any artist in any field, it is never nice to be defined as anything. I dance because I don't want to be defined. But of course people need you to explain yourself, to say who you are, where you come from and what you do. What I do is I try to stay as close as possible to the things I care about, I love and I find defendable. Things I want to stand for. This can be a mix of things from different cultures, elements that matter to me and are part of who I am.

When I worked with the Flamenco artist María Pagés, it was not the definition of Flamenco that I cared about, it was the movement. So when people say "he is mixing cultures", I say, "no, I am translating". I am translating into a field that is contemporary dance. Sometimes I am translating things from another field – like martial arts or Flamenco, which could be considered to have another language – but I feel that they are part of the contemporary language. When certain movements are brought into a contemporary field, suddenly they become natural; they become part of your language as well.

In your choreographies, you follow an approach that could be called "eclectically cosmopolitan": you have worked with Buddhist monks, the Lebanese singer Fadia Tom-El Hage and the Corsican vocal group A Filetta. Your piece TeZukA is inspired by Japanese mangas. In your opinion, are there some elements that are a genuine part of the Islamic culture in which you were raised – together with the Flemish culture – that leave a trace in your work or in your approach? 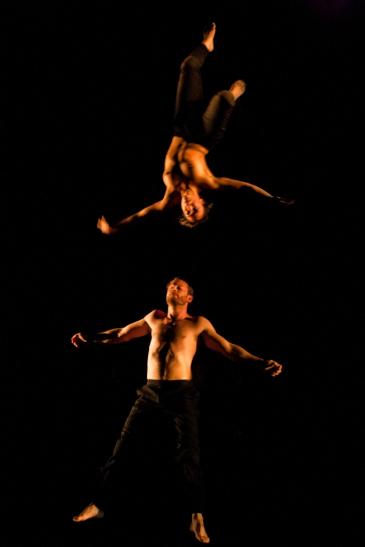 Certain sense of beauty: "I think it is a very Arab tendency to look at the world upside down," Sidi Larbi Cherkaoui says. Pictured: a scene from Cherkaoui's 4D performance

Cherkaoui: If you look at hip hop, there are many dancers with Moroccan, Algerian or Tunisian roots who are performing acrobatic movements, who are very flexible in turning upside down. My analysis is that the Gnawa-culture of our ancestors in North Africa is part of our genes and our genetic make-up. We have this kind of information transmitted to us, albeit not through teaching.

I think it is a very Arab tendency to look at the world upside down. Also there is the fluidity of the movement. I love the flow, which you also find in the Arabic writing, where the letters are connected and the words are intertwined. Being educated in reading from right to left has sometimes helped me to look at things from another perspective.

When I was a kid, we used to have verses from the Koran written in calligraphy above our doors. I loved the aesthetics of them. I think the part of me that is Arab has been indoctrinated with a certain sense of beauty. But the idea of what I consider beautiful was also shaped by my mother, who is Catholic and used to take me to the Cathedral of Antwerp and show me the pictures in it. But at the same time, there are many things that my parents didn't consider beautiful but which I learned to appreciate. I think it is really important to question the things you consider ugly because these are the prejudices.

There are always many different ways to interpret art. But your piece Puz/zle – where individuals seek their place in a bigger whole – can be read as a political piece and in direct correlation to the Arab Spring where Arab societies are trying to find their new identities. Was that the idea behind it?

Cherkaoui: I wouldn't say it was the idea behind it from the word go, but it imposed itself as I was working on it. I didn't feel it consciously but it was so present in my life in general and it was so omnipresent in the world that it used the piece to convey itself.

Afterwards, when I saw the stoning of the character on stage, I realised that this is about the people who had been stoned in North Africa for having slept with someone they shouldn't have. I allowed these things to be, but at the same time I wanted Puz/zle to be as unspecific as possible. I wanted to just let things unfold, be built, broken down and rebuilt.

All the time I tried to have dancers from different eras. There is a difference in approach, but at the end of the day, people are still doing the same thing, which is destroying and making. These are all ways of trying to leave a trace of the human race on this planet.

It is also about the different relationships we have had with stone throughout history. We used to live in stone, than we built monoliths and temples out of it. We built statues and made the stones look like us. The last generation is the generation of the graffiti-artists who are no longer working with stone but are putting their marks on the stones of their ancestors. In a way, that kind of evolution is political, but it is also historical. So it is an interpretation of history.

Puz/zle is rather sad and sceptical and not at all euphoric. This is in sharp contrast to the way in which the uprisings were depicted in most media. Are you sceptical about the revolution? 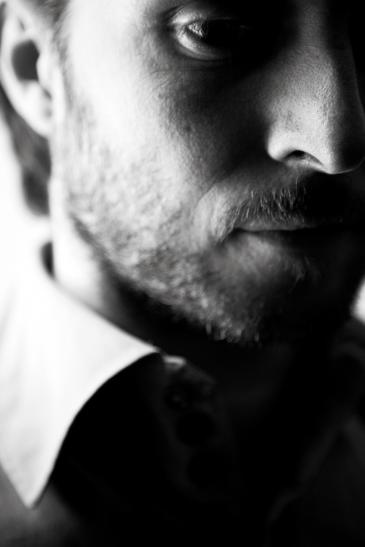 Cherkaoui: Sceptical is a big word, but I am always afraid of enthusiasm, because the greater the enthusiasm, the bigger the disappointment. I feel that the only thing you can rely on are the ups and downs in life, the moments of building and destruction.

This is probably my most introverted work and it doesn't have a lot of humour in it – unlike Babel or Sutra. I didn't see much humour in life at that point. More than anything else, the human condition made me sad, and I felt there wasn't much you could do about it.

Still, I think there is a bit of hope at the very end when all the characters crawl back down. The direction of going deeper, going down was something at least I considered very beautiful and very hopeful. Also there is the white character, who is inspired by Bhutto and the trauma of nuclear disaster. Half stone, half human, he is a neutral witness, a watcher. That was something hopeful – for me at least. I could relate to him, and he helped me see through time by just being a watcher.

What role do you think art can generally play in uprisings such as the ones in the Arab world?

Cherkaoui: I think that art in general is a way of bringing people together. Whether they enjoy what they are seeing or not is almost irrelevant. What I love about the dance piece is that 600 or 1,000 people come together to watch somebody move and then they talk about their experience.

Another thing about art is that it is not competitive like sports, where you have to defeat somebody. With art, there is only the time spent watching something. There is just the experience of it, which I think is a very wise, profound and mature way of spending time. It is the art of observing rather than judging.

I am very much a fan of watching, perceiving and understanding that perceiving is learning. By seeing something, someone can think and develop a form of critical thinking and also one of thinking together. I see art not only in choreography but everywhere – in a computer, a dress, a car. In that sense, art and life are very much connected. Art is something higher than life.

When I performed in Tunisia and Morocco, where my work was really well received, I told people that I urge everyone to support their children if they want to go into the arts because life is complicated as it is. So it is better to do something you enjoy and believe in. This way, I wanted to give something back to my community because it is very uplifting for me to know that they take pride in who I am and what I do.

Despite what heads of state may claim, the Russian attack on Ukraine is not a wake-up call for a self-confident Europe that defends its values. The war is accelerating the decline ... END_OF_DOCUMENT_TOKEN_TO_BE_REPLACED

At the EU's outer borders, the right of migrants to a fair asylum procedure continues to be systematically disregarded. Take Greece, for example: in the worst case scenario, those ... END_OF_DOCUMENT_TOKEN_TO_BE_REPLACED

Madrid's about-face on the Western Sahara conflict has enraged Algeria. Trade relations have been frozen unilaterally and a cut in gas supplies to Europe could be in the pipeline ... END_OF_DOCUMENT_TOKEN_TO_BE_REPLACED

Mourad al-Marouai was just nine when a landmine killed him on a beach in war-torn Yemen, a tragedy that will haunt his family forever. After a swim, the little boy "suddenly ... END_OF_DOCUMENT_TOKEN_TO_BE_REPLACED

A ceasefire has been in effect in Libya for the past year and a half. Yet after Russia's attack on Ukraine, another proxy war looms in Africa's most oil-rich country. Mirco ... END_OF_DOCUMENT_TOKEN_TO_BE_REPLACED

The Ukraine war has seen energy prices spike with oil producers in the Middle East making more money than ever. But will it put the brakes on long-planned reforms to diversify oil ... END_OF_DOCUMENT_TOKEN_TO_BE_REPLACED
Author:
Ceyda Nurtsch
Date:
Mail:
Send via mail

END_OF_DOCUMENT_TOKEN_TO_BE_REPLACED
Social media
and networks
Subscribe to our
newsletter