An almost 800-year-old manuscript is shedding new light on one of the hidden jewels of Arabic literature. Orientalist and translator Claudia Ott recently identified the oldest known manuscript of "The One Hundred and One Nights". She talked to Loay Mudhoon about it 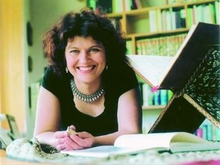 Claudia Ott: "'The Hundred and One Nights'" and 'The Thousand and One Nights' were contemporaneous with one another, the one probably better known in the west, the other in the east of the Arabian world."

​​Just a few days ago you found what is probably the earliest manuscript of "101 Nights". Can you tell us how this discovery came about?

Claudia Ott: In March this year, I was lucky enough to be invited as a musician to play at the opening of the "Treasures of the Aga Khan Museum" exhibition at the Martin Gropius Bau in Berlin. After the first rush was over and I had a little time to wander through the exhibition, a manuscript in a glass cabinet with art objects from Andalusia caught my eye. It was some distance away from the other manuscript treasures on show, such as the "Blue Koran" with its gold script on a lapis lazuli background.

It was written in red ink and in a very old Maghreb style of writing. It read: "kitâb fîhi hadîth mi'at layla wa-layla" – the book with the story of one hundred and one nights – I could hardly believe my eyes. Luckily, through my job as musician, I had got to know the exhibition curator, Benoît Junod, and got his permission, when the exhibition was over, to take a look at the colophon and other details of the manuscript's production.

What is it that is so important about this discovery? 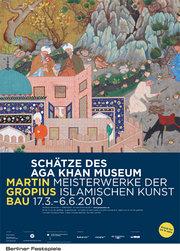 ​​ Claudia Ott: The colophon provides a date for the manuscript of 632, which is equivalent to 1234 or 1235 by our calendar. The colophon, however, does not belong directly to "101 Nights", but to a geography book that is bound into the same volume, and which is probably written by the same person. The ending to "101 Nights" itself is missing, which makes the whole thing more intriguing and tantalizing.

The text takes us only as far as the 85th night. So the manuscript fragment actually does not have a colophon of its own. The Aga Khan Trust for Culture has announced that it is going to carry out a scientific examination of the paper and binding. If it turns out that the same writer was responsible for both books then it will prove that this manuscript of "101 Nights" is more than 500 years older than the currently oldest extant manuscript. The writing style indicates that the manuscript came from the Maghreb region of North Africa, or from Andalusia. This manuscript could be exactly the key that scholars have long hoped to find.

Now that it has been identified, what will happen to the manuscript?

Claudia Ott: Several top international scholars are now working on the manuscript and trying to establish its age. I, too, have been busy, consulting colleagues, looking for advice. With such an important discovery it is important that every aspect is thoroughly discussed; there are still a great many questions that need answering. And – well, as translator, I can tell you that the stories in "One Hundred and One Nights" really are something rather special. I couldn't wait to get started on the translation, the very same day – actually, night, to be more precise.

Claudia Ott: Both works tell stories that belong to a long tradition that takes us from Indian literary motifs, via Persian translations, and into Arabic literature. Even though the framing narratives are quite different, there are similarities. In both collections we meet the vizier's daughter Scherezade, for example, who succeeds in saving her own life and the lives of many other women, by telling stories. There are even some stories common to both collections – the story of The Ebony Horse, for example, or The King's Son and the Seven Viziers.

However, there are divergent opinions on the relationship between the two books. There is already a critical edition of the "101 Nights" based on much more recent manuscripts from the late 18th and early 19th centuries, whose publisher, Mahmud Tarshuna, claims that "101 Nights" is the substantially older and more original text. His argument uses motifs from the framing narrative to claim that the "101 Nights" is closer to the Sanskrit and Pali texts of their old Indian literary sources than "1001 Nights" is.

But we also have some very old sources for "1001 Nights". In Chicago in 1949, a double sheet of paper was discovered in a pile of papyrus that had been brought back from Egypt. It bore the title "Thousand Nights" ("alf layla" in Arabic) and the beginning of a description of one night. The double sheet is a palimpsest dated 879. Its origins are evidently not Egyptian, where papyrus was still preferred to paper at that time, but Syrian.

It must have been brought back to Cairo from Antioch as war booty in 878. If we add on the years when the book must have been lying around, before its page was taken for use as scrap paper, then we are talking about a date of around 800 by our calendar. That makes it the oldest fragment of "The Thousand and One Nights" ever discovered.

This also fits with what the Arabic sources tell us. Contemporary booksellers reports make it clear that a complete version, with 1000 Nights, must already have existed in the 9th century. Over the centuries several fragments of the work have been found, each of which have probably looked rather different from one another. The 1001st night was probably added in the early 12th century. In a notebook, discovered by chance in the Geniza in a synagogue in Cairo, there is the first known mention of the complete title on a lending note from around 1150: "Alf layla wa-layla" – "The Thousand and One Nights".

So I am convinced that "101Nights" and "1001 Nights" are part of a parallel tradition. "The Hundred and One Nights" and "The Thousand and One Nights" were contemporaneous with one another, the one probably better known in the west, the other in the east of the Arabian world. But all of this is something that requires further investigation. A magnificent chapter in Arab literary history has just been reopened.

Interview with Claudia Ott
"Love is the Language of the Orient
Following publication of her much praised German translation of The Thousand and One Nights, Claudia Ott has now turned her attention to the poetry of the Orient in Gold on Lapis Lazuli, an anthology of one hundred poems from three millennia of oriental love poetry. Mohamed Massad talked to the Arabist about the beauty and diversity of oriental poetry

1001 Nights
The Healing Power of Storytelling
The new German translation of Thousand and One Nights makes the oldest 15th-century version of this famed collection of Oriental tales available for German readers for the first time. Ludwig Ammann read the new translation by Claudia Ott

"The Arabian Nights"
Obscene Pornography or a Great Work of Culture
There are always voices in the Arab world that want to censor, "purify" or even ban The Arabian Nights. The latest call comes from a group of conservative lawyers in Egypt who have gone to court over the matter. They want to take a new edition off the market and replace it with an edition from which all "obscene" words have been removed. Samir Grees explains the background to the case

END_OF_DOCUMENT_TOKEN_TO_BE_REPLACED
Social media
and networks
Subscribe to our
newsletter