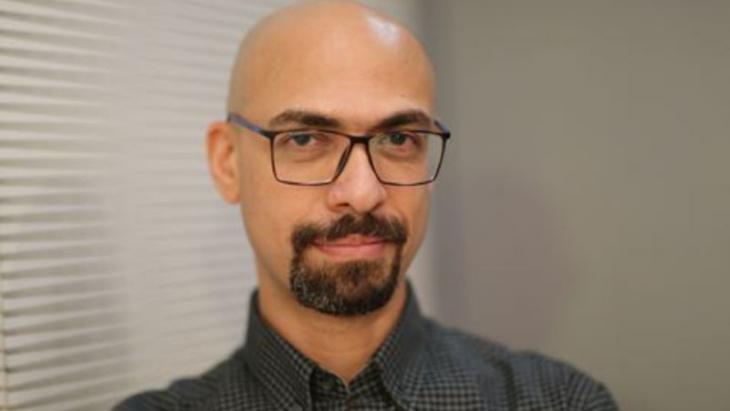 A homage to life

In his first documentary film, "Little Eagles", director Mohamed Rashad moves from Alexandria to Cairo and back. On his journey, he links up the past and the present, raising many questions about the individual and society. Interview by Islam Anwar

How did the film title "Little Eagles" come about and why did you decide to make a documentary instead of a feature film?

Mohamed Rashad:  The name "Little Eagles" is a reference to the name of the community that I originally intended to make the film about. This community, an offshoot of a Swedish group, was founded in Egypt in the 1980s. It was here that the children of 1970s left-wing activists gathered, children who had inherited the ideas of their parents through their upbringing and their connections with each other. And even though this community is not the focal point of the film, the title "Little Eagles" is a homage to life and the story of this generation.

The decision about whether to make a documentary or a feature film grew out of the subject matter and the characters, because "Little Eagles" tells the stories of real people, of a drama that actually happened. In my life, I am actually surrounded by these characters, which meant it was logical to decide to work with them. Incidentally, it's my first experience with the documentary film genre.

Travel is a central aspect of your film. In your view, to what extent is travel and relocation an opportunity to change one's attitude to life and to rediscover oneself and the world?

Rashad: Travelling is a life experience. You can benefit from it or enjoy it, but in the film, the journey is a special dream and a unique experience. Moving from Alexandria to Cairo was a dream I thought would solve all my problems and crises – I was running away from the limitations and lack of opportunities in a small place like Alexandria. My trip to Cairo changed me and bolstered my self-confidence, which is something I express in the film, but after a while, the yearning begins for all the things that confined you in your home city. And finally, you return with all the experiences of the journey: the positive, the negative and the traces it left behind. 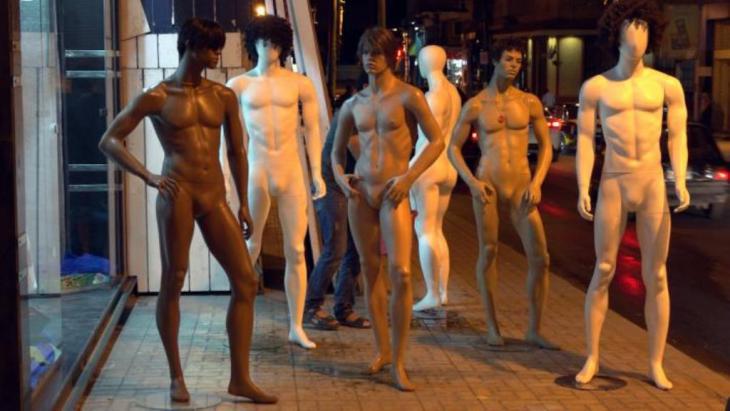 The film "Little Eagles" is about Mohamed, the son of a humble Alexandrian labourer who dreams of moving to Cairo to make films. Arriving in Cairo, Mohamed becomes acquainted with Salma and Bassem and their families. His new friends turn out to be left-wing activists, old hands when it comes to fighting the system. He begins combing through his father′s past, looking for a story worth telling. He compares his father′s life – wholly dedicated to working to support his children – and the lives of his friends′ fathers

Time, the changes it ushers in and how past and present overlap, is a theme that comes across very strongly in your film. How do you deal with the question of time, the question of personal as well as collective history?

Rashad: The relationship between past and present is central to the film. I thought about it more than about anything else during the production because the present in which we live is extremely complicated. Generally speaking, a solution could be that we analyse the past to find answers or at least to ask new questions.

On a personal level, on the other hand, which also has points of contact with the more general level, I'd like to draw attention to the fact that we can certainly hold our families responsible, make accusations against them and blame them for failure, for example. But are we ready to face up to our own failures? Or are we at least ready for the day when the next generation will accuse us of failure?

As far as dealing with personal and collective history is concerned, I regard both as very similar. After all, a person is the product of what's happening around them, of political and societal events. That's why you can never separate the personal from the collective.

Some directors plan every single detail of a film in advance, while others allow scope for chance, for unexpected scenes and events. Which of these is your working style?

Rashad: When making a feature film, it's better to plan in detail, but if you're working on a documentary film, you have no choice but to allow scope for chance occurrences. Of course it's also necessary and important to plan, but in this genre, it's very difficult to have total control of the situation. There's always something that's beyond your control. If you ask me, this is precisely the attraction of making documentaries.

Your film has taken part in many festivals, including ALFILM (the Arab Film Festival Berlin) and the Dubai International Film Festival. What was your experience of the audience reactions, bearing in mind the wide range of cultural backgrounds?

Rashad:  Each audience has its very own perspective on the film, according to its background knowledge of the political and social circumstances in Egypt, so this is relative. But the best thing is that audiences from a variety of cultures and nationalities engage with great sensitivity with the personal element of the film: the relationship between the son and his father. This is because the relationship is independent of cultural boundaries, because it is human and unites people. That's why I'm biased when it comes to the human aspect in film: any film, regardless of the genre or type, must transport something human to reach viewers, transcending their differences.

Mohamed Rashad, born in Alexandria in 1980, is a writer, director and co-founder of Hassala Films. He studied cinema at a workshop organised by the Jesuit Cultural Centre and the SIMAT Foundation. He has directed two short films: "From afar" and "Maxim". In 2016, he produced "The craft" (a documentary by Ramez Youssef). He is currently working on his first full-length feature film, ″Wheelchair".

In the age of corona, Ankara's regional power strategy is twofold: on the one hand, Turkey is engaged in a charm offensive to revamp its political image, which has suffered lately ... END_OF_DOCUMENT_TOKEN_TO_BE_REPLACED

Why do so many people in Arab countries trust the armed forces, even though most armies in the region are highly corrupt? Abdalhadi Alijla has the answers END_OF_DOCUMENT_TOKEN_TO_BE_REPLACED

Given the numerous civil society initiatives that have emerged during coronavirus, Egyptian writer and journalist Khaled al-Khamissi finds his faith in his fellow Egyptians ... END_OF_DOCUMENT_TOKEN_TO_BE_REPLACED

In 2017, Sarah Hegazy was arrested in Cairo for displaying a rainbow flag, the symbol for homosexuality and queerness, at a concert. The activist recently took her own life in ... END_OF_DOCUMENT_TOKEN_TO_BE_REPLACED

Turkey is the second-largest exporter of TV series in the world, boasting a growing presence on international screens from Pakistan to Chile. The "dizis" offer audiences an ... END_OF_DOCUMENT_TOKEN_TO_BE_REPLACED
Author:
Islam Anwar
Date:
Mail:
Send via mail

END_OF_DOCUMENT_TOKEN_TO_BE_REPLACED
Social media
and networks
Subscribe to our
newsletter