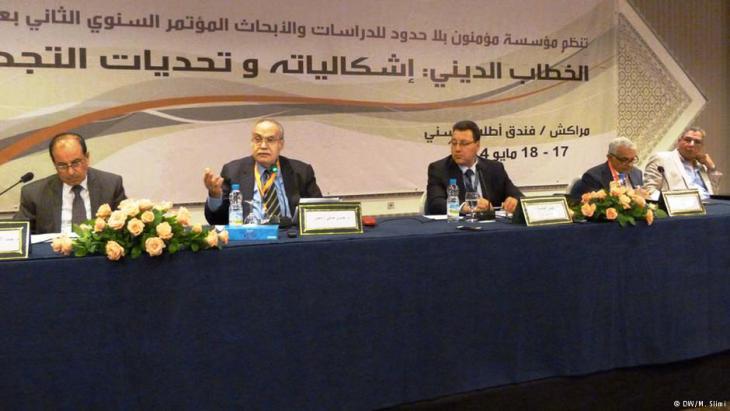 From Velvet Spring to military despotism

Renowned Egyptian philosopher Hassan Hanafi believes it is too early to declare the Arab Spring revolutions a failure. In an interview with Moncef Slimi, he explains why fundamental religious reforms are now necessary in the Arab world

In your view, is it possible to establish a basic secular order in the Muslim world without religious reforms?

Hassan Hanafi: No, in the Arab world that’s practically impossible. The concept of "secularism" is generally rejected by the majority of the population in the Arab world. Historically speaking, this attitude is rooted in the fact that secular thought lost its basis for legitimacy after the defeat of the so-called Urabi Revolution of 1881-82. Ahmad Urabi Pasha, the leader of the national people's movement, championed the modernist, very worldly ideas of his teacher Gamal al-Din al-Afghani.

Following the triumph of militant Kemalism in Turkey and the abolition of the Caliphate in 1923, influential, reform-oriented progressive thinkers such as Rashid Ridda found it very difficult to stand up for their worldly, European-influenced ideas. The concept of secularism was ultimately discredited, as Islamic activists and progressive thinkers faced brutal persecution at the hands of secular, nationalist regimes.

How were the consequences of this unwelcome historical development moderated, particularly with regard to a potential reconciliation or rapprochement between secular and religious powers? 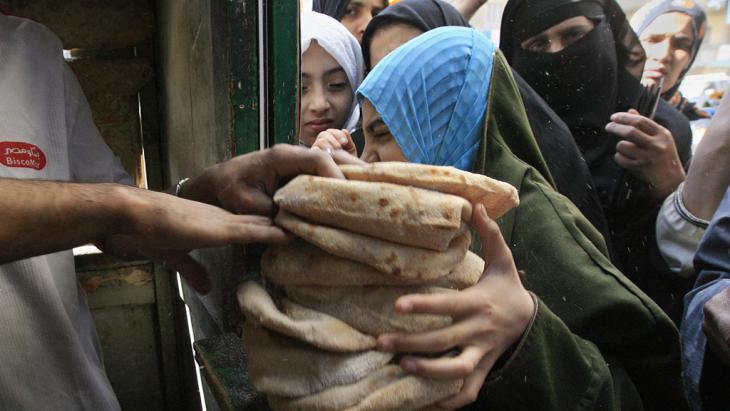 "Social hardship is particularly great in Egypt. The next revolution is on its way - and it will be a 'bread revolt'," says Hassan Hanafi

Hanafi: One potential approach to a solution would be to go back to the original ideals of the Islamic reform movements of Mohammad Abdu and Jamal al-Din al-Afghani.

What do you mean by that, specifically?

Hanafi: We should remember the reformist legacy of this movement, and realise that back then, the rejection of worldly thought was a reflexive reaction by influential progressive thinkers to the failure of efforts by the Islamic peoples to achieve liberation from European colonialism. This reaction was of course strengthened by Ataturk's radical laicism. So it is important that we concentrate on the really essential, fundamental issues and central challenges that the Islamic community, the Ummah, still faces today. This particularly includes questions of how citizens can be guaranteed basic freedoms, and how a minimum level of social justice can be realised.

In view of the rise of extremist and sectarian violence in some Islamic countries, there are an increasing number of voices calling for the influence of religion on the public sphere to be curbed with full force. However, this plan meets with resistance from the traditional Islamic establishment, and of course various Islamist groups.

Hanafi: The aggressive banning of religion from the public sphere by the state, and the introduction of a kind of "State Islam", is not going to lead us out of this dilemma. The tension between religion and politics would remain even then. And this means we need a fundamental reform of the Islamic establishment.

In Islam there is no supreme religious authority like there is in the Church. Is this a determining factor in the historical absence of far-reaching reforms in Islam comparable to Luther's reforms of Christianity or Spinoza's of Judaism?

Hanafi: Islam actually has no structures like the Church. Neither the Sunni Al-Azhar University nor the International Union of Muslim Scholars functions as an authority for the whole of Islam. In my view, the only Islamic authority comes from open, unbiased, scholarly discourse. And this is why is it quite simply structurally impossible for Islam to undergo the same kind of reforms as other faiths. 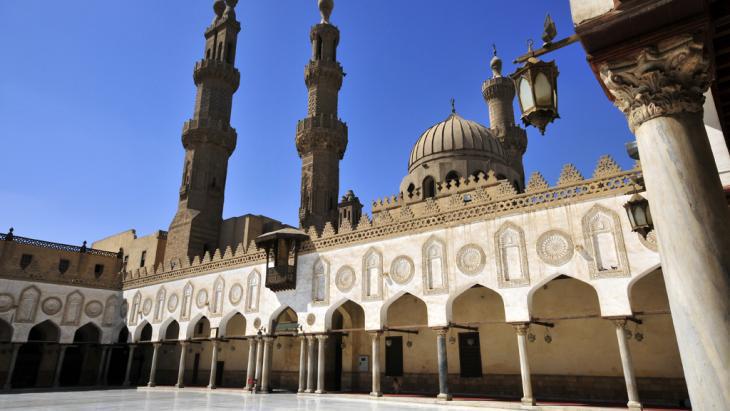 The structural incompatibility of Islamic institutions with those of other religious communities: "Islam actually has no structures like the Church. Neither the Sunni Al-Azhar University nor the International Union of Muslim Scholars functions as an authority for the whole of Islam," says Hanafi

In the West and in the Arab world, people are claiming that the Arab Spring has failed. Do you share this view?

Hanafi: I'm not particularly interested in how the West judges the outcome of the Arab revolutions. In my opinion, what is far more important is that the Arabs are taking their fate into their own hands, as well as how they view the outcome of this revolutionary dynamic, and what conclusions they draw from it. As we know all too well, the perception and assessment of Western elites are bound up with their own interests.

It is too early to declare the Arab Spring revolutions a failure. At the moment these radical changes are wavering between military and religious despotic rule. The concern is that the original ideals of the revolutionary movement, with "bread, freedom and justice for all" at the vanguard, will be lost between these two despotic regimes.

Social hardship is particularly great in Egypt: food prices are rocketing; in many cases wages are not being paid, and the gap between rich and poor is steadily getting wider. The next revolution in Egypt is on its way - and it will be a "bread revolt".

The professor of philosophy Hassan Hanafi is one of today's best-known Arab intellectuals, and a critic of the dominant religious discourse. He was born in Cairo in 1935. After completing his first degree in philosophy in 1956, he spent 10 years studying at the Sorbonne in Paris, and has spent the rest of his career as Professor of Philosophy at the University of Cairo, where he is now Professor Emeritus.

Home
Print
Newsletter
More on this topic
The Arab Spring and its enemies: The end of all hope The political consequences of the Arab Spring: Some revolts just take longerHassan Hanafi: "Globalisation Is Western Hegemony"
Related Topics
Al-Azhar, Arab Spring, Arabellion, Clash of civilisation, History of Islam, Koran | Quran, Muslims in the West, Quranic studies | Koranic research, Reform Islam, Secularism in the Islamic world
All Topics

Social media make many things possible – including the unwanted circulation of intimate private photos. This has given rise to new forms of crime and sexual blackmail. An ... END_OF_DOCUMENT_TOKEN_TO_BE_REPLACED

The change in U.S. president is also having an impact on the conflict between Turkey and Greece. Since the USA has started to play the Greek card, the strategic situation in the ... END_OF_DOCUMENT_TOKEN_TO_BE_REPLACED

Arab women played a leading role in the protest movement of 2011. Since then, ongoing social transformation has had a considerable impact on their lives. What is their assessment ... END_OF_DOCUMENT_TOKEN_TO_BE_REPLACED

They’ve already got the Louvre; they’ll soon have a Guggenheim Museum as well – and now the Emirates have added literature to their quest for cultural supremacy in the Arab world ... END_OF_DOCUMENT_TOKEN_TO_BE_REPLACED

Years in the making, Sisi's elite New Administrative Capital will isolate most Egyptians from their centres of government in an effort to fortify the regime against any social ... END_OF_DOCUMENT_TOKEN_TO_BE_REPLACED

Professor Timothy Brennan's "Places of Mind: A Life of Edward Said" is a detailed biography of one of the most important intellectuals of the twentieth century, taking us on a ... END_OF_DOCUMENT_TOKEN_TO_BE_REPLACED
Author:
Moncef Slimi
Date:
Mail:
Send via mail

END_OF_DOCUMENT_TOKEN_TO_BE_REPLACED
Social media
and networks
Subscribe to our
newsletter