Interview with Elif Shafak
"In Turkey, a Novel Is a Public Statement"

Elif Shafak's latest novel, "The Bastard of Istanbul", has been tremendously well received in Turkey. However, Shafak is now facing a trial for "denigrating Turkishness" – because of comments made by one of her characters in the novel. Interview by Lewis Gropp 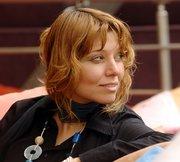 ​​After having already tried to, unsuccessfully, sue Orhan Pamuk for "denigrating of Turkishness", Turkey's prominent and infamous right-wing lawyer, Kemal Kerinsciz has now filed a lawsuit against you. In how far are liberal intellectuals in Turkey networked to resist right-wing, nationalist pressure, how do they support one another?

Elif Shafak: Unfortunately the liberal intellectuals are not as good at combining forces as the ultranationalists. I liken the Turkish society to a tapestry of clashing and coexisting forces. The liberal intellectuals do indeed constitute a weighty force in this context, but oftentimes they fail to work together. Unlike the state and the bureaucracy, both the media and the civil society is multilayered and composed of multiple actors. Thus, these ultranationalists do not represent the majority of Turkish society. Their number is small and yet their voices are so loud. There is an ongoing clash of opinions.

You have stated that the Turkish language has become a battleground. Is the country in the middle of a "kulturkampf", a cultural struggle, and if so, what role is the Islamist government playing?

Shafak: Culture was the cement of the "nation-building process" in Turkey. After 1920s, the homogenization, Turkification and centralization of culture were at the top of the Kemalist elite's political agenda. In order to be able to establish a new state the reformist elite first and foremost created a new language and culture. In time Ottoman words were discarded, Sufi words were taken out.

As for the other side of the coin, both the government and the conservative forces in the society aim at venerating the Ottoman past, at the expense of critical thinking. There is a duality: the modernists Kemalists are future-oriented and pay no attention to the past and historical continuities. The conservatives, on the other hand, in the endeavor to value all that was devalued by the reformists, have made the past unquestionable. Both are reductionists, in my opinion.

Your novels are drawing on a wealth of literary resources, and you have purposefully employed Ottoman language in them. Would you say that Ottoman language culture was more pluralist and richer than today's Turkish? Has the Kemalist language revolution "flattened" the linguistic varieties the Ottoman Empire provided?

Shafak: Ottoman language and culture was much more multilingual, multicultural and multireligious. It was, after all, a multiethnic empire, widely extended and deeply varied. I am one of the very few authors who openly criticizes the Turkification of our language. I use a lot of old words and Sufi concepts in addition to new ones. That is why my linguistic style has upset many among the Kemalist elite. I think in time we became more intolerant and bigoted regarding "cosmopolitanism". In the late Ottoman era there were for instance woman writers writing in both Turkish and English and French. That was considered normal. Today, I am being extensively criticized for writing fiction in English. Many see this as a "betrayal", as if I am betraying my language and therefore my nation.

Atatürk had introduced a rigid nationalism in order to safeguard Turkey's political stability with an iron fist policy. At the same time, he was also a bold reformer who admired Europe for its cultural achievements and wanted Turkey to profit from them. So does Turkey have any post-Kemalist intellectuals that promote a moderate nationalism while, at the same time, rejecting the chauvinist-nationalist excesses we're currently witnessing? In other words: in order to be an intellectual in Turkey today, do you have to be liberal and left-wing?

Shafak: Not necessarily. There are intellectuals left and right, sometimes collaborating, sometimes clashing head-on. By and large to be an "intellectual" is an important public role in Turkey. In this sense we are closer to the French tradition rather than the British tradition. An intellectual has a public role here. There are, however, glass barriers when it comes to gender and age. It is not a coincidence that the intelligentsia is mostly composed of men above middle age. To be a woman and to be young is a disadvantage. In a country like Turkey, a novel is first and foremost a public statement and a novelist is always more than a novelist. In the interviews I give in Turkey I talk more about politics than aesthetics or art. In Turkey novelists are public figures. As a result, we have a writer-oriented literary world rather than writing-oriented. Literary criticism has remained feeble but the criticism of writers has soared. We are either loved or hated.

Ironically, it is under the Islamist government of Erdogan that Turkey that far-reaching social, political, and economic reforms were introduced. The country has taken major steps towards Europe within the past few years. How do you think can deep-rooted fears of identity that were induced by these changes be alleviated?

Shafak: I personally do not label the AKP government "Islamist". I think we need another concept to define them – either "Muslim democrats", like Christian democrats, or perhaps "Muslim conservative party". But "Islamist" can be quite confusing. It is true that major steps have been taken by this government in terms of accelerating Turkey's EU bid. They supported the EU process more wholeheartedly than the conventional political and military elite who wanted to keep the status quo intact. At the same time the world is becoming increasingly polarized. People on both sides draw cultural frontiers. In such a framework it is extremely important for Turkey and the EU to prove that yes, indeed Islam and Western democracy can coexist. It is important to blur the boundaries that many people dangerously take for granted.

"The Bastard of Istanbul" is the second novel you have written in English; your first novels were all written in your native tongue. Do you think the attacks on your book would have been less severe had you written it in Turkish?

Shafak: It is a whole package. When you choose to write in English, "the language of imperialism", some people get all the more annoyed and reactionary. This kind of knee-jerk inflexibility can come from both leftists and right-wing. That said, I also would like to add that, although the novel was difficult to digest for some people, in general, the reception in the society and media has been very positive. The novel has become a bestseller and sold more than 50,000 copies and was discussed, circulated and read freely. I gave numerous readings, talks, book signings all over Turkey, extending from Y'zmir to Diyarbaky'r. The feedback I received from people of different walks, extending from leftists, minorities, Kurds, housewives, mystics, Alevis to headscarved female students has been very, very positive. Interestingly, the hate messages that I received mostly came from Turks living abroad. The Turks living abroad as immigrants can be much more nationalist and conservative and rigid-minded than the Turks in Turkey.

Your new novel deals with the Armenian tragedy. Do you know of any other Turkish novel who has explicitly dealt with the issue?

Shafak: There are traces here and there but for decades and decades, Turkish literature has been startlingly silent in this issue.

How much research have you been doing in preparation for the novel?

Shafak: I wrote this novel while teaching and living in the USA. In addition to doing my own research, I also collected oral histories, watched documentaries and interviews, talked to numerous Armenians in the Diaspora, visited many Armenian homes, and had the chance to observe both the Turks and the Armenians in the USA. I am a Turkish writer and wherever I go I will take those cultural traces with me. And yet at the same time, my writing is nomadic and I want to surpass national and nationalistic boundaries. The boundaries of a nation-state do not constitute the boundaries of my imagination.

Where do you think are the limits to freedom of expression? Would you want to see novels banned that promote, for instance, racial hatred, terrorism, the superiority of men over women or other silly and uncivilized ideas?

Shafak: I do not want to see novels being banned for even outrageous reasons, such as racism. "The written word" should be free to circulate. Human individuals are not sheep that can be guided as designed by an invisible hand. Readers should have the right to but whichever book they want, to read it and then to make their own mind about it. Oppression only yields to further subjugation.

The novel has originally been written in English, and is to be published by Viking Press in spring 2007. Why is it taking so long to get the English version onto the market?

Shafak: The two literary markets operate so differently. The literary world in Turkey is smaller but more dynamic and flexible. The one in the USA, though larger and robust, can be confined in other ways. Yet, on a separate note, the novel being so critical and controversial for the Turks, I too wanted to have the novel published in Turkey and Turkish first because it was important to me to see the reaction of the Turkish readership first.

Qantara.de Elif Shafak Exile as a Metaphysical Problem In Turkey, Elif Shafak had already won every notable literature prize but her work is hardly known outside her native country. This may change with her new novel, "The Saint of Incipient Insanities". Manuel Gogos has read it Elif Shafak There Is No Clash of Civilizations There Is No Clash of Civilizations between Europe and Turkey; rather there is a clash of opinions within Turkey itself, crystallized in a collision between those who are state-oriented and those who are civil-society-oriented, writes Elif Shafak Bekim Agai Islam and Kemalism in Turkey How do Islamists and Kemalists in Turkey today deal with the laicistic inheritance of the state's founder Kemal Ataturk? And what are the ideal forms of state and society which lie behind their positions? An analysis by Bekim Agai www Website Elif Shafak

Home
Print
Newsletter
More on this topic
Elif Shafak: Exile as a Metaphysical ProblemElif Shafak: There Is No Clash of CivilizationsInterview with Mario Levi: ''Dialogue is the Most Important Thing!''
Related Topics
Turkish literature
All Topics

The Kurds are under attack from two sides: from Turkey, and from Iran. The situation in their territories in northern Iraq is becoming increasingly desperate. Birgit Svensson ... END_OF_DOCUMENT_TOKEN_TO_BE_REPLACED

Canan Topcu came from Turkey to Germany as a child. In her essay, she describes how bothered she was by the racism she encountered in her country of origin when she travelled ... END_OF_DOCUMENT_TOKEN_TO_BE_REPLACED

According to Turkey’s revised media legislation, spreading "fake news" now carries a prison sentence. The definition of what this entails has been kept intentionally vague. ... END_OF_DOCUMENT_TOKEN_TO_BE_REPLACED

On 3 November 2002, Erdogan's newly founded AKP, Justice and Development Party, came to power in Turkey. It has ruled the country ever since, becoming more authoritarian with each ... END_OF_DOCUMENT_TOKEN_TO_BE_REPLACED

Kurdish journalist Nedim Turfent has been in prison in Turkey since 2016 – because he reported on police violence. A collection of his writings penned while behind bars is now ... END_OF_DOCUMENT_TOKEN_TO_BE_REPLACED

A survivor of a neo-Nazi hate crime, Mevlude Genc's boundless compassion served as an inspiration to an entire generation. Sertan Sanderson explores how her death is a loss for ... END_OF_DOCUMENT_TOKEN_TO_BE_REPLACED
Author:
Lewis Gropp
Date:
Mail:
Send via mail

END_OF_DOCUMENT_TOKEN_TO_BE_REPLACED
Social media
and networks
Subscribe to our
newsletter