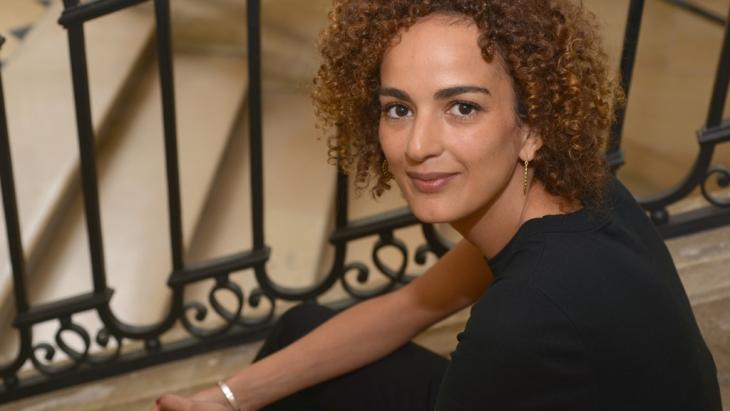 This year has seen the publication of both Leila Slimani’s debut novel "Adele" and her essay collection "Warum so viel Hass?" in German. The Franco-Moroccan author‘s work addresses big issues such as upbringing, class and race. In conversation with Schayan Riaz, she talks about her reception in different countries, never censoring herself, and the readers’ right to interpretation

As a Franco-Moroccan writer, how are you perceived in both France and Morocco?

Leila Slimani: In France, Iʹm considered both a Frenchwoman and a Moroccan, an immigrant. The French like the idea of an immigrant like me embodying French values. In Morocco, itʹs a bit more complicated. There Iʹm both hated and loved. Moroccans believe I represent something positive, but at the same time consider me a traitor. Itʹs very complex. And sometimes it makes me sad. Some time ago I visited Morocco; while I was there I told my mother that everyone hates me, that nobody is proud of me. But then I was invited to a party attended by lots of gay people and women. They made a point of coming over to me, kissing me and thanking me for my book. I came home and told my mother that Iʹm not just hated!

And what about Germany?

Slimani: I’m pretty surprised by the interest German people show in my books. They are fascinated by topics such as post-colonialism, the Maghreb, Islam. And the view of feminism in Germany is also interesting. Before coming here, I believed Germany to be very feminist. But then I discovered that that’s not the case at all. Women and single mothers have a very difficult time here. Of course, it is possible I confused Germany with Scandinavia. Nonetheless, it’s an interesting country. I like German audiences; they are very respectful of literature and very attentive at readings. You can sense that they relish hearing the text and for a writer that’s really great. 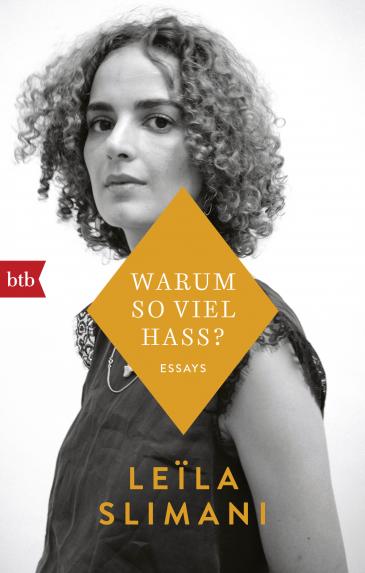 Moroccan-born Goncourt prizewinner Slimani takes up the burning questions of our time: how do we defend the values of freedom and tolerance, in times of increasing racism and fanaticism? How much responsibility does each of us bear? "I am a child of all these foreigners and I am French too. I am an immigrant, a Parisian, a free woman, convinced that you can assert yourself without rejecting those who are different"

In your book "Why so much hate?" you write that you donʹt think an author should be held responsible for what is going on in his country. What exactly do you mean by that?

While authors should be completely free and protected by the law, they should know that what they write can exert a certain power over people and sometimes even over society. This doesnʹt mean that we as writers should censor ourselves; it means we become better writers. You donʹt have to right to be mediocre.

Do you never self-censor?

Slimani: I censor myself in real life all the time. But not in my books. If I did that, I would lose all interest in literature. What I love most about writing is the fact that at one point you are all alone in front of your computer. You write for one, two, three hours and the world disappears. You forget about everything else and you feel so free.

For the first time in your life you can say what you would never dare to say at a dinner party or to other people. You are free to speak your truth and you are free to build a complex idea. I think that these days especially, with the way everything provokes scandal, it takes a lot of time to explain something complex and ambiguous in real life.

In the past, you have been accused of Islamophobia. How do you deal with such accusations?

Slimani: The reader is always right. If a reader sees a certain thing, he sees a certain thing. He has a right to his own interpretation. You canʹt write literature and be a dictator about it. Thatʹs why I like to leave a space for readers, so they can interpret things. My characters are all a bit mysterious and ambiguous – you donʹt really know why they act the way they do. No one interpretation is truer than another. If someone feels a certain text is Islamophobic, thatʹs his problem, because I know who I am, I know what I stand for and what I am defending.

But arenʹt you worried about the far-right taking agreeing with you, because they interpret your words in a certain way?

Slimani: When "Sex & Lies" was published in France, the Front National said "Oh, so when we say these things, we are considered racist, but you can clearly see that Arabs and Muslims say it too." Unfortunately, I think you just have to accept such reactions. When you write, you have to accept the risk that goes with it, and also the risk of reader stupidity.

I canʹt tell them not to read my work. As I said before, everyone has the right to his own interpretation. I just donʹt answer. Ignore them and they get angry. They are just like children. When my child throws a tantrum, I donʹt answer. He stops because he sees that I donʹt react. My advice would be to treat right-wing extremists like children.

In your book you write "I was never nationalistic or religious". As a born Muslim, are there certain things about Islam that you are still drawn to culturally?

Slimani: Naturally. My grandfather and father were Muslims. They were very open-minded. For them, religion was something intimate; they never tried to convince others that they were better. They had friends from different religions and were both married to non-Muslims. I am more attached to memories than reality. I am attached to what I can remember of Ramadan when I was a child. I thought it was wonderful.

The time I spent with my family, the people in the streets. My memories of my grandfather are that he was a very private person – he didnʹt like people to see him praying. And he was also generous to a fault; he lived the imperative of zakat. These days people talk a lot about religion, but they donʹt have any morals. They tell you all the time that they are Muslim, they show you that they pray a lot, yet at the same time they insult people in the street, in traffic. What is the point in being a Muslim if you donʹt behave in a moral way? Iʹd rather someone didnʹt believe in God but was respectful of other people.

What was your childhood like? Were you a bookish child?

Slimani: Both my parents and my grandparents loved to read, especially my grandmother. She was always telling me about novels she had read. She gave me a lot of books when I was a little girl. My father read all the time too. He lost his job when I was a teenager and never worked again. And so he would sit in the living room all the time, surrounded by walls lined with books. I remember he had a deep voice and was very arrogant. As a girl, it was difficult to have a relationship with him.

Finally I realised that if I wanted to have a relationship with him, I would have to read. So I borrowed one of the books from his shelf, read it, and then told him that I had read it. Suddenly he noticed me – almost, I would say, for the first time. As a child, I was an inveterate liar, always living in a fantasy world. I dreamt about having an extraordinary life, a passionate life, the life of a great author. I wrote poems and wanted to kill myself. But then I discovered that writing is just work. Itʹs always a struggle. Always. It never gets any easier.

On 7 March, Switzerland became the latest European country to vote in favour of a so-called "burka" ban. It was yet another feather in the cap of the right-wing populist Swiss ... END_OF_DOCUMENT_TOKEN_TO_BE_REPLACED

German Middle East analyst Guido Steinberg and television journalist Ulrich Tilgner have both published new books on the conflicts in the Middle East. Their analyses and their ... END_OF_DOCUMENT_TOKEN_TO_BE_REPLACED

In Grenoble, France, two professors have been pilloried in a dispute over the use – or otherwise – of the term Islamophobia. Is freedom of speech in jeopardy? By Stefan Dege and ... END_OF_DOCUMENT_TOKEN_TO_BE_REPLACED

In his controversial book published in 2020, French author Pascal Bruckner describes anti-Muslim sentiment as a fiction, claiming that the term "Islamophobia" is being used to ... END_OF_DOCUMENT_TOKEN_TO_BE_REPLACED

Several media reports in recent weeks have focused on the potential threat presented by Islamist groups in Germany. The discourse is fraught with generalisations, both sides ... END_OF_DOCUMENT_TOKEN_TO_BE_REPLACED

Comments for this article: "Treat right-wing extremists like children"

"The Franco-Moroccan author‘s work addresses big issues such as upbringing, class and race." I have not really seen anything about class and race in this interview.

So refreshing. Keep it coming Leila. You are doing great! Thank you.

END_OF_DOCUMENT_TOKEN_TO_BE_REPLACED
Social media
and networks
Subscribe to our
newsletter