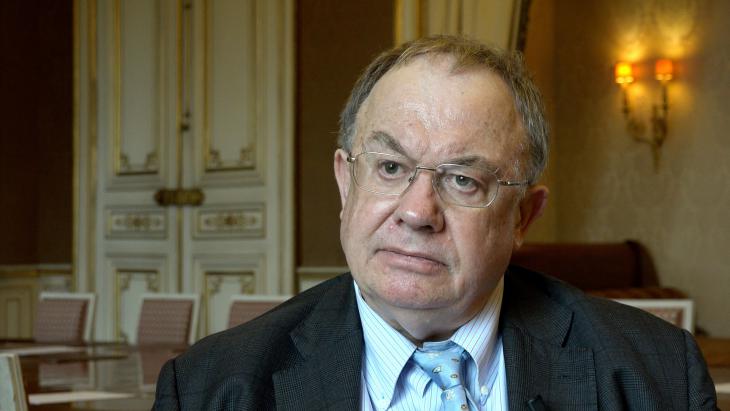 They love death as we love life: jihad and the roots of terror

French extremism researcher Olivier Roy talks to Eren Guvercin about the Catch 22 situation of European Muslims expected to speak for Islam, the irrelevance of 'liberal' reforms, the false premise of current de-radicalisation programmes and the nature of modern terrorism

Professor Roy, every time there is a terrorist attack, the dominant tenor of the discourse in Germany is that Muslims in Europe have to dissociate themselves more from terrorism. How do you view such reactions? Are they helpful?

Olivier Roy: A tremendous amount of declarations, fatwas, communiques and tweets exist, written by Muslims, which condemn terrorism, which far outweigh the very few items that support it. Yet this has little impact on public opinion. People expect "Islam" as a whole to condemn terrorism; they expect a Muslim Pope or a Church or a World Council of Muslims to make a declaration, yet no such authority exists. Islam is more akin to Protestantism or Judaism: you have local congregations, rather than a unified church. The paradox is that, at the same time, European public opinion fears the expansion of a united Islamic community in the world and blames Muslims for not behaving as members of a united Islamic community. They blame Islam for the way they themselves see Islam. They donʹt realise that although there may be a Muslim population, there is no Muslim community. This puts Muslims in a Catch 22 situation: "distance yourself from Islam, but speak for Islam". Germany, in particular, fails to address one very important question: while the bulk of the Muslim population in Germany is of Turkish origin, why is it that there are more German converts among the jihadists than Turks?

Following the London attacks, liberal Muslims became outspoken in their demands that Muslims have to reform their religion, laying the blame for this extremism on mainstream Islamic theology. Would a reformation be the solution?

Roy: Radicals are not "mainstream" Muslims who went astray after studying the Koran and Islamic theology. You donʹt become a terrorist because you listen to a Salafist preacher (data shows that except the Sharia4Uk guys, who are not Salafists by the way, radicalisation occurs less in mosques than in jail). They donʹt choose radicalism (either religious or political) because of their theological studies: they want radicalism. Even if other people succeed in reforming Islam, it wonʹt change the mind of the radicals. 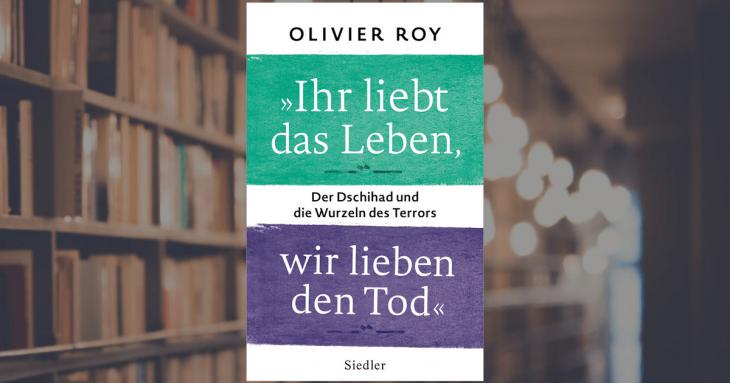 Secondly, no revealed religion is moderate: all religions state that, as Pope Benedict said, there is a non-negotiable truth. And the idea that any reform is "liberal" is nonsense: Luther and Calvin were not liberal (indeed, the former showed anti-Semitic tendencies). Of course Protestantism provided the theological basis for political reform, but also for racism (apartheid is strongly entrenched in Calvinist theology). Secularists tend to consider that a moderate believer is somebody who believes moderately: but that is not the definition of moderation for believers; moderation for them is not about beliefs, but about accepting life in a secular society, even if they stick to conservative values. That is exactly what Muslims are learning to do.

Finally, who would be responsible for such theological reform? Liberal Muslim intellectuals? Most of them are just non-believers. Our secular states? They are forbidden by the constitution to meddle with theology. Authoritarian Muslim states? They will never encourage free theological debate, because that would mean free debate in general – in other words, democracy.

Young Muslims, born and bred in Europe, often become frustrated with these endless debates. If they dissociate themselves from terror, there will always be a critic of Islam who refuses to believe them, accusing them of ʹtakiyyaʹ – merely a tactical move. What kind of impact does this have on young Muslims in the long term?

Roy: Accusations of takiyya or doublespeak simply means that whatever a Muslim says, nobody will listen to him: this nips any dialogue in the bud from the start. Islam seems to be regarded as some kind of permanent software implanted in the Muslim brain, governing all attitudes and behaviour. Asking Muslims to criticise their own religion presupposes that an arena for debate exists in which both sides accept the principle of good faith. Mutual respect is the precondition for dialogue. The rejection of honest intellectual dialogue, a refusal to listen to arguments – even if badly expressed – will simply compound social exclusion with intellectual exclusion.

Home
Print
Newsletter
More on this topic
Interview with French extremism researcher Olivier Roy: ″Radicalisation is not the result of failed integration″Olivier Roy: "The politics of chaos": No geostrategy of IslamInterview with Olivier Roy: Muslim radicals are perfectly "Westernised"
Related Topics
'Islamic State' | IS, Islam and the West, Islam in Europe, Jihadism | Jihadists, Muslims in the West, Reform Islam
All Topics

Recep Tayyip Erdogan, disappointed by the European Union’s reluctance to integrate Turkey into its ranks, has re-directed his country’s diplomacy toward the Maghreb and Africa to ... END_OF_DOCUMENT_TOKEN_TO_BE_REPLACED

Philosopher Juergen Habermas was due to be awarded a major Arab prize in Abu Dhabi, but has turned it down following criticism. This decision torpedoes Arab efforts at a ... END_OF_DOCUMENT_TOKEN_TO_BE_REPLACED

Although a unity government was formed in Libya in March 2021, tensions and possible crises between the political actors are already emerging. What problems does the country face ... END_OF_DOCUMENT_TOKEN_TO_BE_REPLACED

Among Muslims, the image of women as "cossetted hijab-wearing princesses" is frequently invoked. But Muslim women have long wanted to be more. In her essay, Karoline Roscher- ... END_OF_DOCUMENT_TOKEN_TO_BE_REPLACED

Even in times of war and pandemic, refugees are still being deported to Afghanistan. Several deportation flights have taken place in recent weeks alone. Since those affected often ... END_OF_DOCUMENT_TOKEN_TO_BE_REPLACED

Surging coronavirus cases in many parts of the world have overshadowed the start of this year's Muslim holy month of Ramadan, with festivities once again curtailed by contagion ... END_OF_DOCUMENT_TOKEN_TO_BE_REPLACED

Comments for this article: They love death as we love life: jihad and the roots of terror

"The root causes are still there". I don't think Roy here has elaborated on theese root causes.
"Radicalism" seems does not apply to the "Western" states. There are a few features (political, economic and cultural) which characterise some Western states as "radicals". . I wonder what does Roy think of the structural violence of the state (see Karen Armstrong, for example).
I am a "radicalised" person, but not for the reasons Roy thinks. Was it just that one day, I got up and wanted radicalism as Roy says? That's nonsense.

The title is outrageous and smells badly.

The phrase "such instances do not exist" does not mean what it is intended to mean. This interview was supposedly conducted in English, but I don't believe it, because the phrase is a literal translation of the German "solche Instanzen gibt es nicht." The correct translation of "solche Instanzen gibt es nicht" is "no such body/authority exists". Please correct this error because no English speaker will ever guess its intended meaning. No Frenchman would make such a mistake when speaking English, either. On the whole I am mystified by this lapse.

[Error duly corrected. Many thanks for flagging it up. Ed.]

END_OF_DOCUMENT_TOKEN_TO_BE_REPLACED
Social media
and networks
Subscribe to our
newsletter