A Basic Mood of Xenophobia in the Netherlands

The right-wing populist Geert Wilders is causing an uproar in the Netherlands with his plans to make a film about the Koran. A new caricature debacle is not in the offing this time, however, says publicist Geert Mak. Nevertheless, a nervous mood prevails. Interview by Daniel Bax 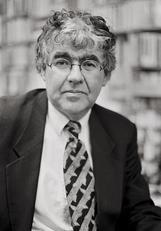 ​​Mr. Mak, with his announcement that he will be making a film about the Koran that will take a critical stance toward Islam, right-wing populist Geert Wilders has people across the Netherlands holding their breath. What do you think of all this?

Geert Mak: What I think is, this film doesn't even exist yet. But the debate over the fact that such a film might be made has already poisoned the climate here and created an atmosphere of fear – a feeling that danger is threatening from the Muslim side. Wilders has thus achieved his goal: a basic mood of xenophobia.

Prime Minister Balkenende warns of a crisis along the lines of the caricature conflict. Is he right?

Mak:That was a very bad reaction. He should demonstrate that he has things under control. Geert Wilders' success corresponds to a lack of vision and of leadership in Dutch politics.

Who is Geert Wilders?

Mak:He is a colorful personality: not a typical right-wing populist, but inspired more by the US neoconservatives. He is absolutely fixated on Islam, with his anti-religious fervor itself having something of the character of a religion. When I think of him, an image comes to mind of a man standing atop a high building with a crowd down below urging him to jump. With his supposed Koran film he has put himself under pressure to act: Now he has to produce something.

Politicians like Geert Wilders or Rita Verdonk, who campaign against Islam, seem to enjoy success in the Netherlands. Why?

Mak:Yes, they are able to unite some 20 percent of the electorate behind their cause. We now have a right-wing fringe – like in Belgium, France, Austria and Germany – and we'll just have to get used to it. In big cities like Amsterdam, Rotterdam and The Hague, there are many who feel let down by politics. We are paying the price for thinking for so long that everything would somehow be all right. The question is how we are going to deal with this.

As a member of the "Party for Freedom", Geert Wilders favors the restriction of immigration, particularly from non-Western countries; he has also sought to ban the Koran in the Netherlands

​​And how do things look at present?

Mak:I'm pessimistic again at the moment. The success of Geert Wilders has a great deal to do with our media landscape. All the newspapers have been plunged into a deep crisis because we now have free newspapers again that everyone reads. In this situation, the media pounces on anything that promises to attract attention. Wilders is good for a provocative quote every two weeks or so. This mixture is very dangerous.

Does Geert Wilders have what it takes to become a new Pim Fortuyn?

Mak:No, even though Wilders would love to step into those shoes. But he doesn't have the same stature by a long shot. Pim Fortuyn was basically a frustrated social democrat. Wilders is merely a typical dealer in fear – someone who articulates the anxieties of a minority.

For a year now the Netherlands has been ruled by a big coalition. The previous right-wing coalition espoused a rigid policy on foreigners. What is different these days?

Mak:Our laws are still very strict. But the policies of our integration minister, Rita Verdonk, were simply inhumane: Families were torn apart and people deported to countries where their lives were in danger. While she was in office, the European Court of Justice convicted the Netherlands two or three times of human rights violations – that never happened before!

Rita Verdonk caused the demise of the last regime; now she has founded her own right-wing party. How has the political climate changed since then?

Mak:At least there is no longer the kind of moral panic that was ushered in by the murders of Pim Fortuyn in 2002 and Theo van Gogh in 2004. At that time, people like Leon de Winter spread the impression that the collapse of society as we know it was imminent, as if hundreds of thousands of Muslims were just waiting for a chance to murder all our intellectuals. He drew a picture of the Netherlands as a second Israel, surrounded by enemies.

Rita Verdonk cancelled a meeting with Dutch Muslim leaders when one (of the 30) of them would not shake hands with her, because she is a woman

​​What role does Ayaan Hirsi Ali play in this debate?

Mak:She contributed her part to the hysteria by blaming everything on Islam. Naturally religion plays a role here. But integration is also a question of politics, of economic participation, of education. In the meantime the debate has once again shifted to these kinds of issues. The whole thing was also a theological debate among intellectuals. The Dutch love such debates. But in the end they always wind up looking for practical solutions.

Ayaan Hirsi Ali now lives in the USA and works in a neoconservative think tank. A debate recently arose on whether or not the Netherlands should still pay for her protection. What is your opinion?

Mak:Formally, the Dutch government is correct in pointing out that it can no longer be responsible for her safety as long as she is out of the country. Nevertheless, the attitude they took was very dumb, because Hirsi Ali is in fact in danger. I don't agree with her in many points.

But it is very important that she be able to express her opinion freely without anything happening to her. We have a certain responsibility for this. I have therefore joined a writers' initiative that intends to put pressure on the Dutch government to quickly find a solution to this question. Because the situation today is too risky.

French intellectuals like Levy and Glucksmann have called for Hirsi Ali to be named an honorary citizen of their country. Is that a good idea?

Mak:Some people see this all as very romantic and heroic. In practical terms, it would change nothing. After all, she wants to stay in the USA. And some have apparently never read a line written by her from a more critical standpoint. Because what she is doing now of course has nothing to do with the emancipation of Muslim women.

Mak:With the emancipation of Ayaan Hirsi Ali. Which people is she reaching these days? Her audience is exclusively white, Western and non-Muslim. There are by now plenty of emancipated women of Muslim background who are very inspiring. Ayaan Hirsi Ali only inspires those who want to wage war on Islam. I, for one, have never met a Muslim woman who said that Hirsi Ali opened her eyes.

An inspiration for those who want to wage war on Islam? "I have never met a Muslim woman who said that Hirsi Ali opened her eyes", says Geert Mak

Mak:If you want to do something for the emancipation of Muslim women, you have to speak with Turkish and Arab media, give speeches at congresses or hold readings in mosques. And not merely pose for Vogue or have dinner with George Bush. What she is doing reminds me of Hans Christian Andersen's fairytale "The Emperor's New Clothes." And I think that is really too bad, because she is an extremely charismatic and intelligent person. If she would just stop condemning the Muslims and try to persuade them instead, she could achieve a great deal. I, for one, still hope that this could happen.

How do you account for her success in the West?

Mak:She reduces Islam to a distorted picture. With the Somali brand of Islam in mind, she speaks of Islam in Pakistan, in Indonesia, in Malaysia, in Turkey or in Morocco. That is pure hubris. And she says things like, in Islam there is no art; it is primitive. What nonsense! Didn't she ever hear of the Alhambra, of Cordoba? The problem is, there are plenty of people who want to hear these things.

Geert Mak, 61, is a historian and publicist who lives in Amsterdam. Following the murder of Theo van Gogh he wrote a book in which he voiced harsh criticism of his country's politics and media. His latest book, "The Bridge," is about the Galata Bridge over the Golden Horn (to be published in March 2008 by Harvill Secker).

The First Muslim Mayor in the Netherlands
Ahmed Marcouch - A Man of Action
Over a year ago Ahmed Marcouch became the first Muslim mayor of the Amsterdam district of Slotervaart. A Social Democrat, he is a man of action, resolutely pushing through tough measures – something that doesn't always win him friends. Kerstin Schweighöfer spoke to him

END_OF_DOCUMENT_TOKEN_TO_BE_REPLACED
Social media
and networks
Subscribe to our
newsletter