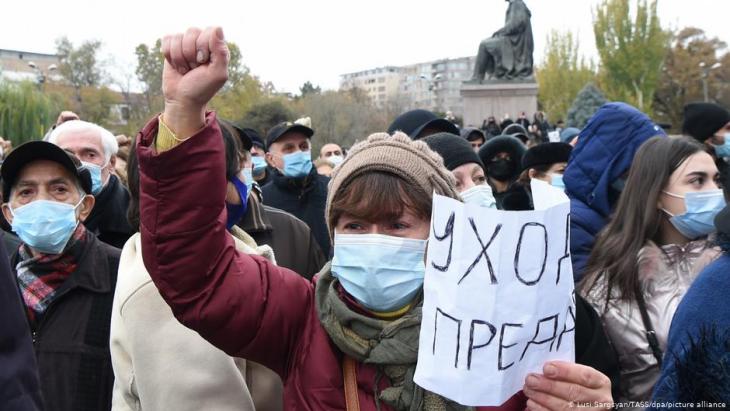 The balance of power on Europe's eastern borders is shifting. Georgian historian Beka Kobakhidze speaks from Tbilisi about rivalry and emerging alliances in the region, an impotent EU and disappointed pro-democracy activists. Interview by Elisa Rheinheimer-Chabbi

The war between Armenia and Azerbaijan over Nagorno-Karabakh may be over, but the region is still a long way from peace. Russia and Turkey are involved, Iran also has interests in the region, but the EU is nowhere to be seen. Has the European Union failed in its bid to support democratic development amongst its neighbours?

Beka Kobakhidze: In economic terms, the European Union's presence is indeed felt in the Caucasus. The EU's Eastern Partnership has brought quite a few advantages for Ukraine and Georgia – visa liberalisation, to name but one. But when it comes to political involvement and conflict resolution, the EU lacks both the resources and the political will. It could do so much more!

Instead, Russia is in the starting blocks, rearing to go.

Kobakhidze: Exactly. Those Armenians who supported Prime Minister Nikol Pashinyan and his pro-Western course of the past two years are now disillusioned with the EU. The current situation in the Caucasus is dangerous. The relationship between Russia and Turkey is, on the one hand, marked by rivalry. On the other, they have together formed an alliance against Europe, against the West.

We've been here before: in 1920/21 Lenin and Atatürk were clear geopolitical rivals. But when Europe introduced a blockade against the Soviet Union, the two closed ranks in order to ensure their survival. In the Treaty of Moscow and the Treaty of Kars, both of which were signed in 1921, the Soviet Union and Turkey carved up the Caucasus and divided it among themselves. The situation today is similar. In Syria and Libya – and now in the Caucasus too – Putin and Erdogan are forming temporary alliances. 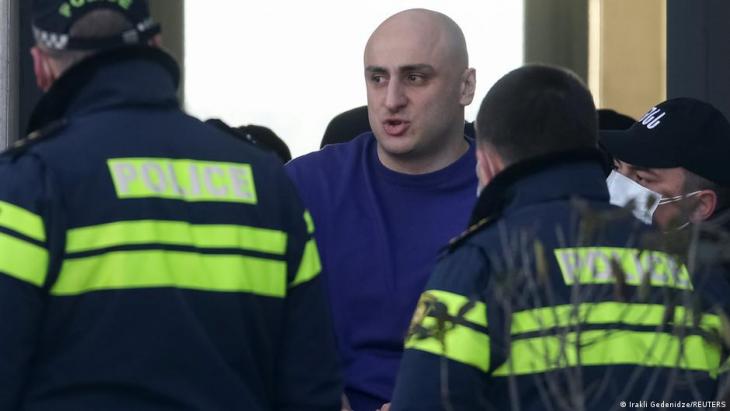 Arresting the political opposition in Georgia: at the end of February, opposition leader Nika Melia was arrested in Tbilisi. This was followed by mass protests in the Georgian capital. Such detentions are not isolated cases, says historian Beka Kobakhidze. "The Georgian government arrests political opponents again and again. Observers question the independence of the courts, the prosecutor's office and other law enforcement agencies"

Are you saying that the region around the Black Sea is becoming a geopolitical hotspot?

Kobakhidze: It has been for a long time. What is new is that Turkish President Erdogan and the Azerbaijani ruler Ilham Aliyev have launched an initiative to set up a regional forum. The plan is that this forum will involve not only Turkey and Azerbaijan, but also Russia, Iran, Armenia and Georgia.

Iran's response has been positive because it has a sizeable Azeri minority within its own borders and wants to avoid further unrest. And because Iran is being sanctioned and blocked by the West, it is very keen to export Iranian gas to Russia. Europe has demonstratively been excluded from this regional forum.

After the recent war, many Armenians feel they have been abandoned. What can the EU do to restore its credibility in the Caucasus?

Kobakhidze: I'm not sure that the EU is even interested in increasing its influence in the region. Its objective seems to be to prevent Russia from further expanding its sphere of influence. It is accepting the status quo, including the annexation of the Crimea, and hopes that that will keep the peace. The EU is neither willing to nor capable of countering Russian aggression.

More and more voices are being raised in Turkey that challenge previous versions of the country's history. These alternative accounts, still largely ignored by official quarters, ... END_OF_DOCUMENT_TOKEN_TO_BE_REPLACED

The Ukraine war is changing the global geopolitical landscape. Ali Khamenei, Iran's most powerful man, is already cosying up to Russia in anticipation of a harsh post-war reality ... END_OF_DOCUMENT_TOKEN_TO_BE_REPLACED

Many Turks are dissatisfied with the international status of their country. At the same time, opinion polls reveal great scepticism among the Turkish population towards the USA. ... END_OF_DOCUMENT_TOKEN_TO_BE_REPLACED

From the Euphrates to the Mekong, dams that ensure one country's water supply risk leaving others parched. But shared water resources can be a source of peace as well as conflict ... END_OF_DOCUMENT_TOKEN_TO_BE_REPLACED

Turkey is turning towards the Turkic nations of Central Asia, intensifying its economic, diplomatic and military relationships with these countries. So what is driving Turkey’s ... END_OF_DOCUMENT_TOKEN_TO_BE_REPLACED

Turkish-Armenian rapprochement kicked off in Moscow in January, after a break of 13 years. This time, focusing on relatively easy fixes such as trade and transportation, both ... END_OF_DOCUMENT_TOKEN_TO_BE_REPLACED
Author:
Elisa Rheinheimer-Chabbi
Date:
Mail:
Send via mail

END_OF_DOCUMENT_TOKEN_TO_BE_REPLACED
Social media
and networks
Subscribe to our
newsletter