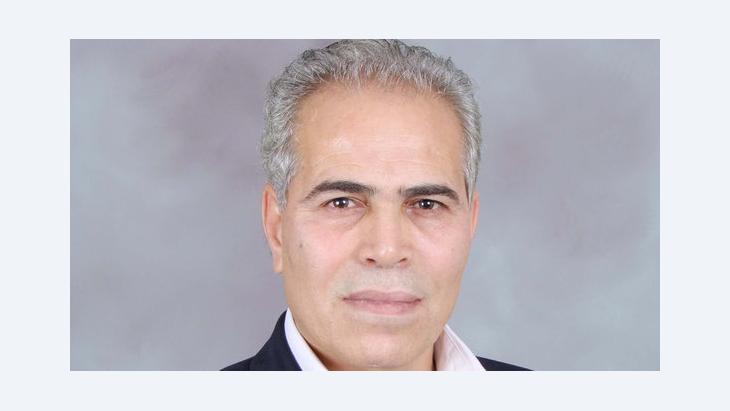 ﻿According to the Jordanian Islamism expert Hassan Abu Haniyya, the Muslim Brotherhood is still adhering to structures developed in the early 20th century by the movement's founder Hassan al-Banna. This, Haniyya says, blocks the organisation's evolution and at the same time encourages breakaway tendencies. Emad Ghanim spoke to him

﻿After several Arab regimes were toppled during the Arab Spring and the new governments have now taken shape, the forces of political Islam seem to be setting the tone to a greater degree. Do you regard this as a temporary phase or will we see the Muslim Brothers becoming established as a ruling power in the entire Arab world in future?

Hassan Abu Haniyya: The rise of the Muslim Brotherhood was by no means a surprise. Even in the 1990s, the Islamist forces – with the Muslim Brothers at the fore – were gaining majorities wherever free elections were held, for example in Algeria or Jordan.

As a consequence of the Arab revolutions, the forces that had used their sway over the police and security systems to hold the Arab world in their grip disappeared. The subsequent election successes for the Muslim Brothers and other Islamist forces were to be expected: They had sympathy from the general public, having been the only visible opposition movement against the totalitarian regimes during the 1980s and 90s. 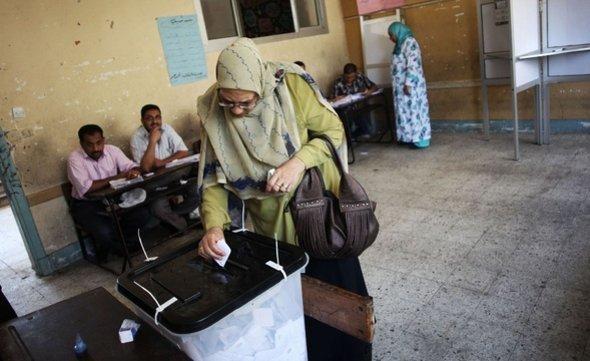 Hassan Abu Haniyya believes that the factor of "Islamic identity" will become less significant for future decisions at the ballot box. Voters in the countries of the Arab Spring are likely to think more carefully about whether to support Islamist groups in elections, he says

​​Yet even though the Islamists might consolidate their political power, there will also be greater differentiations within the spectrum of political Islam. Moderate and radical movements will form, taking their lead either from the Turkish model or the Al-Qaida model. The power struggle the Islamists will have to survive will take place in their own ranks.

Can this new ruling elite do justice to the hopes of the young Arabs – a generation that took to the streets in many Arab countries to call for a state that respects civil rights?

Abu Haniyya: I think the Islamist groupings, first and foremost the Muslim Brothers, have worked on evolving their political discourse since the early 1990s. Whereas they believed neither in the democratic system nor in the possibility of a peaceful transition of power during the 1980s, for some time now we've seen them adopting positions that contradict their former principles.

For instance, in 2004 the Egyptian Muslim Brotherhood, the "mother" of all Islamist groupings, presented what it called a reform initiative, which dealt mainly with areas such as civil rights, democracy, civil society, peaceful transition of power and pluralism. The other branches of the Brotherhood took this reform initiative as an example. Through this evolution of their political positions, the Muslim Brothers showed that they wanted to be closer to the pulse of social and political change.

Over time, however, the Muslim Brotherhood's central problem – in the long term – emerged: the relationship between the individual groups existing within the organisational structure.

The Brotherhood is still adhering to the structures set in the early 20th century by its founder Hassan al-Banna. It lacks a new interpretative approach that could be extended to all organisational units in the Islamic world. This rigidity hinders its political development and at the same time encourages breakaway tendencies or the formation of sub-movements within the Brotherhood. 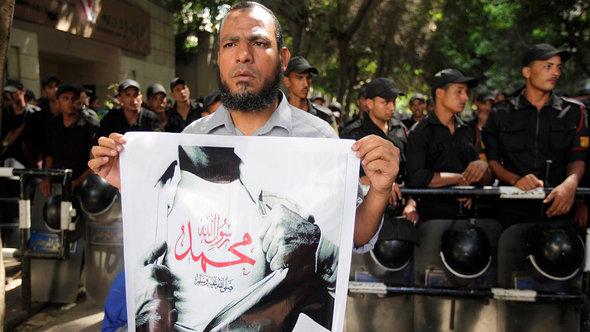 Unequal strategic partners: "Alliances such as that between the Salafis and the Muslim Brothers in Egypt will always be of limited duration; the ideological differences between them will lead to them splitting up despite all pragmatic considerations," says Haniyya

​​Before an organisation like the Muslim Brotherhood can thus take up the struggle for societal hegemony, it has to tackle its internal conflicts.

We've already talked about the Egyptian Muslim Brothers as a "mother organisation". Could the Brotherhood's pragmatism also enable an alliance between them and the Salafis in other countries, despite the prevailing ideological differences?

Abu Haniyya: It does seem to be the case that temporary alliances are forming, like that between the Muslim Brothers and Salafis during Egypt's parliamentary and presidential elections.

Alliances such as these, however, will always be of limited duration; the ideological differences between them will lead to them splitting up despite all pragmatic considerations.

Abu Haniyya: The results of the first parliamentary elections will not be repeated, that much is certain. At that time voters were making their election decisions on the basis of their Islamic identity.

Then, however, people began to question the significance of "identity" and I think they will increasingly come to take rational decisions. This tendency was clear at the Libyan ballot boxes, for instance: There, identity was not the decisive election factor, which was why the National Forces Alliance under Mahmoud Jibril's leadership was able to unite an almost absolute majority of voters. 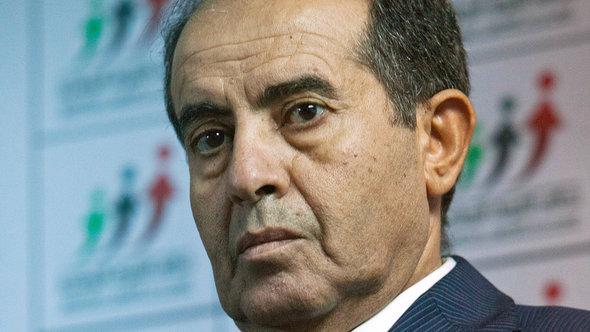 "People will increasingly come to take rational decisions": The face of the revolt against ex-leader Gaddafi and the new kingmaker of Libyan politics: The moderate Islamic alliance under the former interim prime minister Jibril gained 39 of the 80 seats reserved for political parties in the new parliament at Libya's first free elections

​​I think that the Egyptian voters will also act with more reserve and sobriety in future when it comes to important decisions, such as whether to give the Islamist groups their ballot. The subject of identity will become less attractive in the coming elections, whereas issues of political, economic and social nature will take the foreground.

What about Syria? Do you anticipate that the Muslim Brothers will play an influential role in the post-Assad period?

Abu Haniyya: Absolutely. The Muslim Brotherhood is still the best-organised and most present opposition movement in Syria – even though they have been forced out of the country's political arena since the 1980s. It has intact organisational structures and a high level of acceptance among the general public.

In view of the prevailing confessional conflict in Syria, the trend is undeniably towards emphasising Islamic identity. The Muslim Brotherhood will function as a representative of the Sunni school of thought within Syria, which will grant it an important role in every conceivable transition phase. And that role will presumably not be small, considering the fragmentation of the other opposition groups both inside the country and in exile.

Alaa Abd el-Fattah, arguably Egypt’s most prominent democracy activist, has just been handed another lengthy prison sentence. Despite this, a book of his writing has recently been ... END_OF_DOCUMENT_TOKEN_TO_BE_REPLACED

People in Arab countries have been talking more openly about sex and sexuality for some time now, especially on social media. And for the first time ever, they have the vocabulary ... END_OF_DOCUMENT_TOKEN_TO_BE_REPLACED

A prominent rights group in Egypt, the Arabic Network for Human Rights, is ending operations just as the country braces for a controversial NGO law. Is this the beginning of the ... END_OF_DOCUMENT_TOKEN_TO_BE_REPLACED

Moncef Marzouki was Tunisia's first democratically elected president after the fall of dictator Ben Ali. Today he is the most prominent critic of increasingly counter- ... END_OF_DOCUMENT_TOKEN_TO_BE_REPLACED

Asef Bayat, professor of Sociology at the University of Illinois, Urbana-Champaign, has been studying revolutions and how they affect people since 1979. In his recent book, " ... END_OF_DOCUMENT_TOKEN_TO_BE_REPLACED

Every year in December, the team at Qantara.de takes a look back at the articles that proved most popular with our readers. This year is no different. Here is a run-down of the ... END_OF_DOCUMENT_TOKEN_TO_BE_REPLACED
Author:
Emad Ghanim
Date:
Mail:
Send via mail

END_OF_DOCUMENT_TOKEN_TO_BE_REPLACED
Social media
and networks
Subscribe to our
newsletter