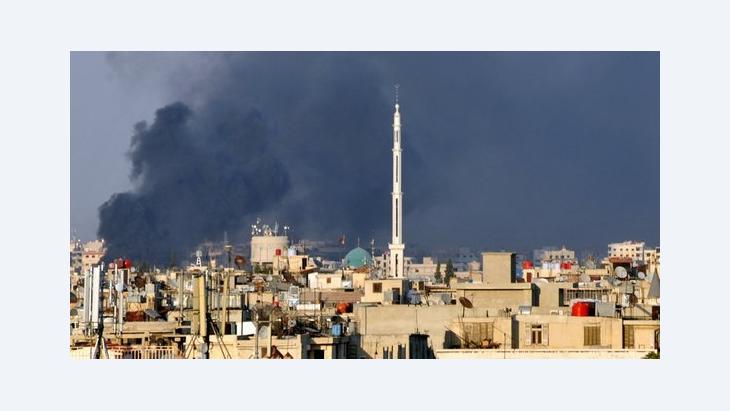 Interview with Heiko Wimmen
The Beginning of the End for Assad?

﻿Weak spots in the Syrian armour have been exposed by the latest escalation of violence in Damascus and a rebel attack that killed three of President Assad's inner circle. Does all of this indicate that the Syrian dictatorship may be on the brink of collapse? Many around the world seem to think it does. Kersten Knipp spoke to Middle East expert Heiko Wimmen

﻿In recent days, there were indications that something big was about to happen. Rumours had been circulating of an imminent rebel advance on Damascus. What do you know about the background to these attacks and about the growing strength of the Free Syrian Army?

Heiko Wimmen: A Free Syrian Army advance might well have meant an increase in its armed presence in Damascus or in other parts of the country, and that this would in turn lead to an increase in operations such as full-scale attacks on military bases and the like. It was not necessarily clear that this advance would take the form of bomb or suicide attacks.

But it didn't actually come totally out of the blue, because in mid May, a few days before the Houla massacre, there was an attempt to kill members of the inner leadership circle – primarily those concerned with security. According to reports, on that occasion it was a poison attack that didn't quite go as planned.

Assef Shawkat, a brother-in-law of President Assad, who was killed in Wednesday's attack, was also a target in mid May. So basically what we can say is that the rebels are stepping up their activities; they are also more heavily armed and better able to conduct simultaneous operations in many different places.

But the brutality of the regime's response to these operations is also increasing, as is the intensity and quality of the firepower engaged in this response. We're now talking about helicopters firing missiles into neighbourhoods where rebels are located or are thought to be located. Just a few weeks or months ago, we were talking about house searches and suchlike. These searches did, of course, involve a certain degree of violence but nothing like what we're seeing now. There are fears now that the regime will crank up the violence yet again in response to this attack. 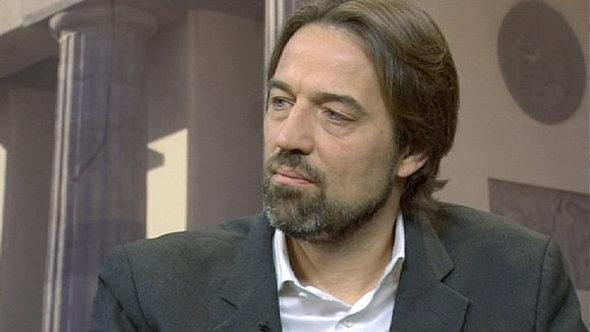 Preparing for the post-Assad era: according to Heiko Wimmen, "one should try to develop the capabilities of the various opposition groups, to guarantee civilian functions in the regions they control; in other words to provide security for the people and ensure that humanitarian needs are being met"

The considered preparation of the attack seems to suggest that its organization depended on an extensive network of insider contacts. In your view, are more and more contacts of higher rank joining this network? Are there indications that an increasing number of military personnel are defecting to the opposition?

Wimmen: I think that many people who have served and continue to serve the regime are indeed considering what they should do – whether for moral reasons or because they come from regions where the violence is perhaps affecting their friends and relations.

It is certainly realistic to assume that these people are becoming more open to attempts to draw them over to the opposition. We must bear in mind that this is a conflict within Syrian society. We're not talking about a situation where a population is being controlled by an occupying force, an occupation structure with deep gulfs between the two sides; in some cases this is a conflict that runs through entire families. And in this instance people will of course consider their options, for the reasons I have cited, but also out of opportunist considerations.

The Syrian ambassador to Iraq serves as a good example here. This man had ascended the ranks of the Ba'ath Party and served in many influential positions. He is not a member of the old-established elite; he comes from Syrian border territory and has acquired a privileged position of power.

Seeing someone like that jump ship does of course mean that people are going to start thinking rationally about when their moment will come, the moment when they should think about protecting their interests and preparing themselves for the post-Assad era. This doesn't of course apply to those who might potentially carry out suicide attacks. One must assume that these people are also ideologically and religiously motivated to use this method. They have this disposition and that makes them open to approaches from the opposition to recruit them for such operations. 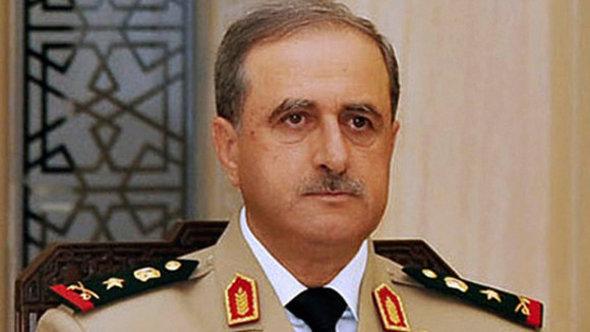 What kind of signal does this attack send out? Essentially the opposition, as heterogeneous as it is, can now feel very confident.

Wimmen: It has certainly given the opposition a boost, that's for sure. I also think it's no coincidence that the attack and this campaign, which is being billed as the "earthquake of Damascus", are taking place almost simultaneously with the UN Security Council session in New York. On the one hand we have the opposition, which feels strengthened and validated – a mood that could in turn result in yet more defections. On the other, we're seeing an erosion of the apparatus of power, a development that's accelerating.

Of course, when a growing number of people toy with these ideas and consider at what point they will make a decision; people who are perhaps still weighing up when things might change in the knowledge that if they change sides in time they can still secure their interests; people who have not completely compromised themselves through involvement in violence, torture and the like, this can trigger a snowball effect, an effect that leads to rapid disintegration.

But we mustn't forget the ethnic and denominational factor. There is a group in Syrian society, the Alawites, who fear that there will be collective punishment, pogroms and the like because of the fact that the regime is essentially Alawite. This means it is highly likely that a core group will form, also within the armed forces, a group that will remain loyal to the regime to the bitter end – an end that could indeed be very bitter. 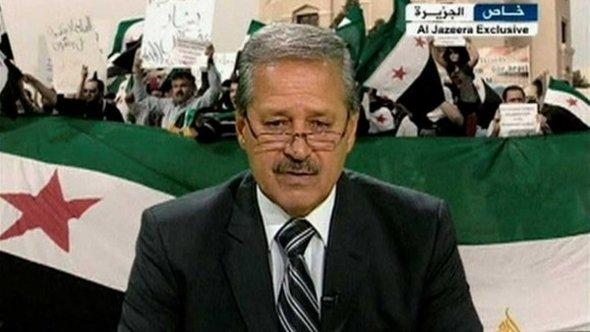 "Aim your guns and tanks at the criminals of this regime": the Syrian ambassador to Iraq, Nawaf al-Fares, defected from the Assad regime on 11 July and called on his compatriots to join the revolution

Do you think this highly heterogeneous opposition is capable of forming a government in the future?

Wimmen: I think the formation of a government is a long way off yet. What we should be thinking about now is whether we can do anything to ensure that this transitional process or this process of regime disintegration culminates at best in a soft landing or at least in a way that averts a complete descent into chaos.

To this end, one should try to develop the capabilities of the various opposition groups, to guarantee civilian functions in the regions they control; in other words to provide security for the people and ensure that humanitarian needs are being met and so on. One must attempt to establish the absolute fundamental structures of a local administration.

But before we can talk about the possible formation of a new government, there is a lot that has to be done now to ensure that there will at some stage be someone in a position to assume responsibility, initially at local level, and who acts responsibly to prevent the whole situation from descending into chaos.

Syria specialist Heiko Wimmen is currently carrying out research into ethnically and religiously diverse societies in the Middle East and the Balkans at the German Institute for International and Security Affairs in Berlin. He has lived and worked as a journalist in Beirut and published studies on Lebanon, Hezbollah and Iraq.

The Palestinian militant organisation Hamas, with Hezbollah's help, is building up a military presence in Lebanon, the ultimate consequences of which could be devastating, writes ... END_OF_DOCUMENT_TOKEN_TO_BE_REPLACED

In this essay, renowned Lebanese journalist and writer Hazem Saghieh asks whether the Arab Levant, which stretches from Iraq in the East to Egypt in the West, will remain an ... END_OF_DOCUMENT_TOKEN_TO_BE_REPLACED

Khaled Bahlawan hammers nails into a traditional wooden boat he built by hand, toiling under the scorching sun on Syria's Mediterranean coast to preserve a disappearing ancient ... END_OF_DOCUMENT_TOKEN_TO_BE_REPLACED

"Flugt" is the world's first museum dedicated to the stories of those forced to flee. The new museum, which focuses on the fates of refugees then and now, is housed in a former ... END_OF_DOCUMENT_TOKEN_TO_BE_REPLACED

"Finding Home", the second album by Syrian-born, UK-based musician Maya Youssef, works through feelings of loss and destruction until its music reaches a place beyond war and ... END_OF_DOCUMENT_TOKEN_TO_BE_REPLACED

Foresight is needed to turn the tide of German policy. Being independent of Russia must not lead to dependence on authoritarian regimes in the Middle East. By Kristin Helberg END_OF_DOCUMENT_TOKEN_TO_BE_REPLACED
Author:
Kersten Knipp
Date:
Mail:
Send via mail

END_OF_DOCUMENT_TOKEN_TO_BE_REPLACED
Social media
and networks
Subscribe to our
newsletter