The Power Lies in the Middle

Political scientist Vali Nasr is an advisor to US President Barack Obama and is viewed as one of the country's leading specialists on Iran. In his view, recent reform movements in the Islamic world are partially driven by a new middle class. Ramon Schack spoke to him 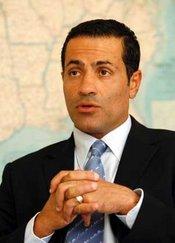 "We can see from history and recent experience that an independent bourgeoisie is a force for liberalism and democracy, and also stability and moderation," Vali Nasr says

​​ In your book "Forces of Fortune" you analyse the new middle class in the Middle East, which has effected long-term change on the national economies of countries such as Turkey, Dubai and other countries in the region. In your view, does the sustained unrest in Iran also represent an uprising of this new middle class?

Vali Nasr: As I discuss in my book the reform movement in Iran has its roots in the rise of a new middle class that since the late 1980s grew in size as the Iranian economy privatized and opened up to some extent. As this middle class grew in size and prosperity it demanded more cultural openness, political freedoms and engagements with the global economy and world culture. In many ways, in Iran economic opening preceded demands for political opening. 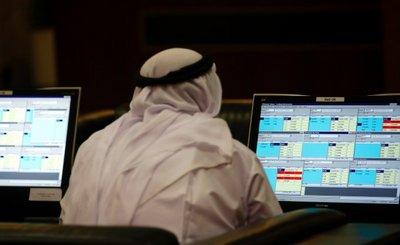 Modern Islamic societies in flux: The new bourgeois middle class is not dependent on the state, but on the markets, says Vali Nasr

​​ In the past, the middle classes in the Middle East were often propped up and controlled by whichever regime happened to be in power – for example through political campaigns in the education system or through forced cultural change. How does today’s new middle class differ from the old one in the countries of the region?

Nasr: The old middle class is not a bourgeoisie as the term is understood, and therefore has not played the historical role of a bourgeoisie. A middle class that is created by the state and depends on the state is ultimately not a force for political change. The middle class that transformed the West and is now transforming large parts of newly-industrializing world is not dependent on the state, but on markets – its interests are tied to the global economy and it absorbs cultural and political values that would serve its economic interests.

We can see from history and recent experience that an independent bourgeoisie – a middle class tied to markets and commerce – is a force for liberalism and democracy, and also stability and moderation. The old middle class was not capitalist but statist, the new middle class is capitalist – it is much closer to the historical models that have shaped modernity, democracy and global markets everywhere. 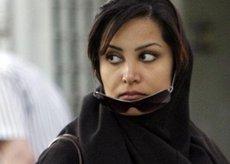 An independent bourgeoisie as a motor for the development of democracy and a market economy, for stability and the decline of radical ideologies: a modern Iranian woman in Tehran

​​How could Islamic nations such as Iran be integrated into the global economy?

Nasr: As I discuss in my book, integration in the global economy is a matter of internal economic reform combined with greater trade. This combination forces economies to change, and ties wealth generation – and the class that most benefits from it – to global economy and culture. The economic transformation then requires legal and political reform and these put together force countries to align their interests with the rest of the world and embrace more open political systems governed by law and universal values.

If you analyse the foreign and defence policies of the US over the past few years, would you argue in favour of placing less emphasis on political pressure and military might, and more on opening up world markets in order to better integrate the Islamic world?

Nasr: The economic transformation I write about is a long-run solution to the larger problems the West faces in the Muslim world. In the long run if the climate of confrontation and distrust between the West and the Muslim world is to be replaced by the kind of relations that exist between the West and Asia or Latin America, then there has to be more economic ties and shared economic values and interests and participation in the same global market. 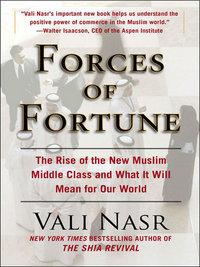 "Forces of Fortune": Vali Nasr believes a prosperous Muslim middle class will bring stability and democracy to the Middle East

​​Presently it appears that the "Chinese model", which champions economic liberalisation coupled with an authoritarian leadership, is gaining worldwide appeal. Might such a model not be more attractive for Islamic countries than the western system that you yourself admire? This would mean that regimes there would be spared a loss of power, which is something that has to be in their best interests.

Nasr: The Chinese model has certain attraction for many countries that are moving beyond authoritarianism and closed economies. Perhaps the Chinese model itself is a transition phase – albeit a longer one – to democratic capitalism. But what is important in discussion of the Muslim world is not the system of government, but that even in China the middle class, as it integrates into the global economy, it adopts certain values and interests – so whether more authoritarian or more democratic, China's middle class is embracing many global economic and cultural values, and interdependence obviates open confrontation.

Brian Whitaker's "What's Really Wrong with the Middle East"
Franchised Repression
In his latest book, Brian Whitaker takes a look at the so-called 'Arab malaise'. In it Whitaker argues that the repressive reflexes of Arab regimes have been internalized and are repeated at virtually every layer of society. A review by James M. Dorsey

The Arab World: Globalisation and Cultural Identitiy
Eyes Firmly on the Past
The well-known writer and media expert Khaled Hroub is critical of those who champion "cultural particularism" in the Arab world. He sees this way of thinking as being nothing more than a method of defending Arab despotism and the backwardness of the region

Hassan Hanafi
"Globalisation Is Western Hegemony"
Hassan Hanafi is known to be a severe critic of globalization. According to the professor of philosophy at the University of Cairo the phenomenon has no positive aspects at all