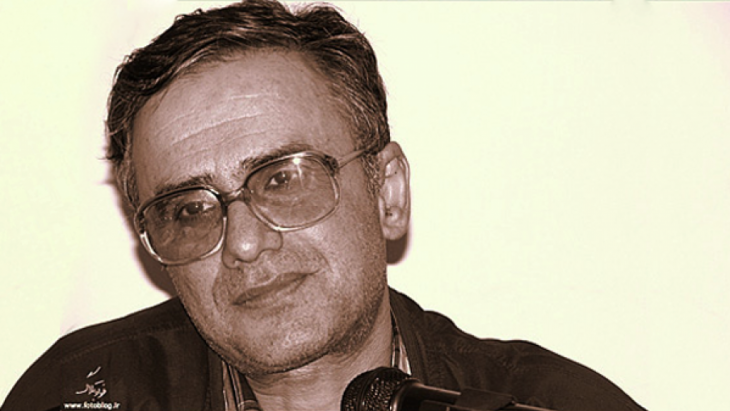 The execution of wrestler Navid Afkari triggered an international outcry, as well as protests against the Iranian justice system. At the same time, it has highlighted the persistently precarious situation of many human rights activists in the Islamic Republic. Azadeh Fathi spoke to the journalist and activist Taghi Rahmani

Mr Rahmani, why, in your view, was the execution of Navid Afkari carried out with such haste?

Taghi Rahmani: Legal proceedings within the Iranian justice system are unjust and have no transparency. The arbitrary charges are beyond any credibility because they're not subjected to the appropriate evidence-gathering process. For example, the charge filed against me was political – although that was never explicitely said. Also, the background to the killings that occurred in Iran during the demonstrations in November 2019 is still being kept secret.

The campaign to save Navid Afkari ultimately went international: FIFA and famous sports personalities came out in support of it. The German human rights commissioner also called for a stay of execution. But despite all the protests, the execution went ahead. What did the authorities hope to achieve? What impact could it have on public opinion in Iran?

Rahmani: My view is that with this approach, the rulers of the Islamic Republic want to supress the protests being initiated by the people and to rob Iranians of their hope. But the people must not give up hope. What we are seeing right now is a confrontation. On the one hand you've got the public, which is calling into question the government's actions and the government as a whole. Society is being prevented from making any further progress, but it wants to safeguard what it has achieved so far and what it perceives to be right. On the other hand, you have the government, which is resisting and saying No! 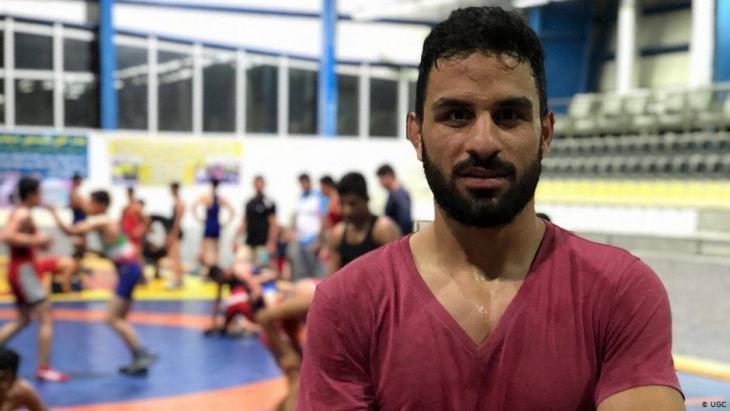 On 24 September, the United States imposed sanctions on an Iranian judge who sentenced wrestler Navid Afkari, 27, to death over his role in protests – an execution that triggered international outrage. Afkari (pictured here) was hanged earlier this month after being convicted of the murder of a security guard during a wave of anti-government protests in 2018. He said he had been tortured into making a confession. Human rights organisation Amnesty International described Afkari's execution as a "travesty of justice". US Secretary of State Mike Pompeo said his killing was an "unconscionable act"

Once in an interview you spoke of the need to "link civil society up with international civil society institutions". Could you expand on that comment?

Rahmani: Iranian society is comprised of various groups. There is no reliable institution that represents their ideas and ambitions that they can turn to. This is why our civil society must support international civil society institutions, which must in turn support organisations in Iran. The Islamic Republic has signed up to a number of treaties concerning human rights and is therefore obliged to comply with these agreements.

If human rights organisations in European countries coordinate with organisations in Iran and demand that their governments attach special importance to human rights in their dealings with Iran, they will become the voice of Iranian civil society in the world. This is a very important – albeit very difficult – thing to achieve. But we depend on this sort of connection. Amnesty International, for example, fulfils such a function. I'd like to make a fundamental point here: a robust civil society is the prerequisite, the essence of a democracy. Otherwise, democracy cannot survive. 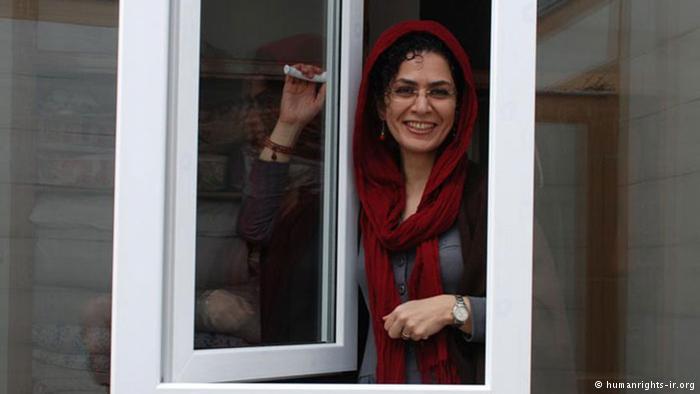 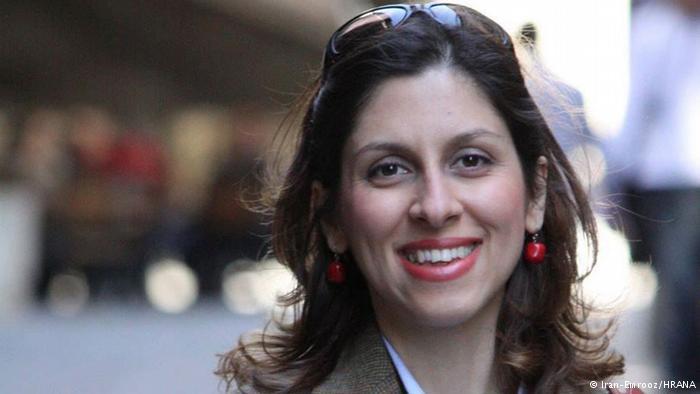 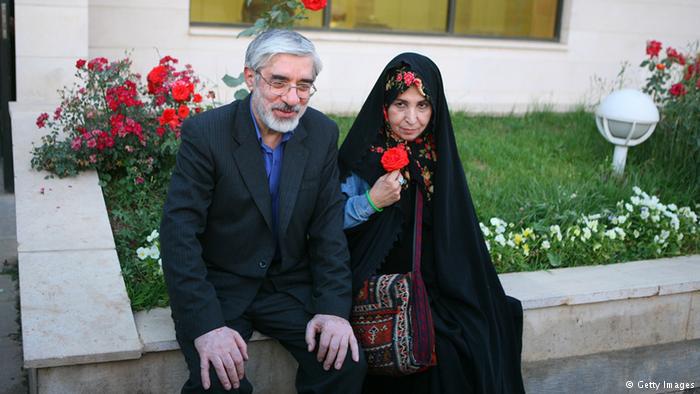 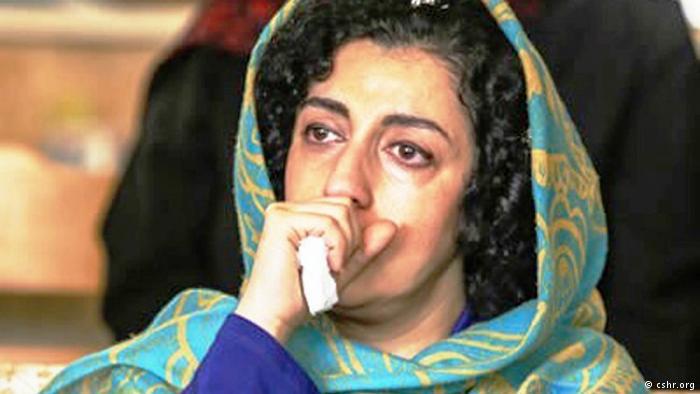 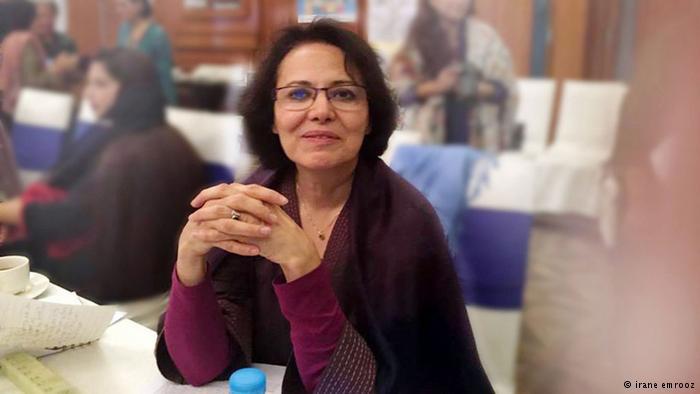 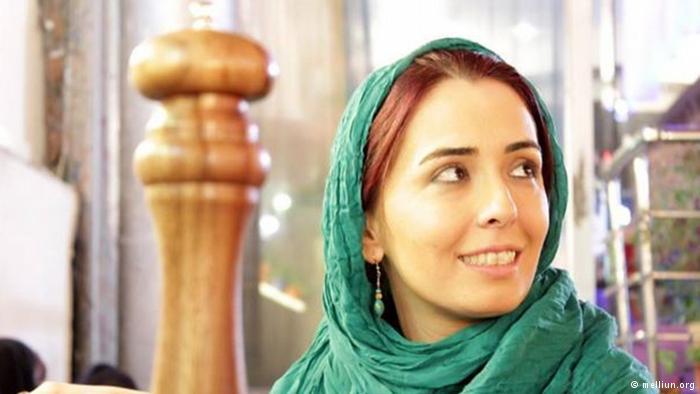 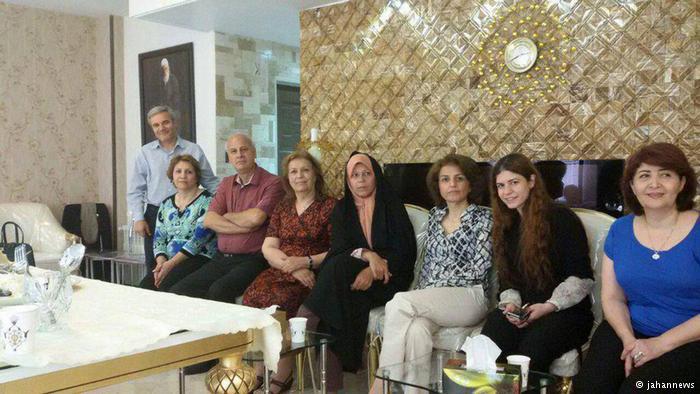 Your wife, Narges Mohammadi, has been in jail for years. For a year now, she has not even been allowed to speak to her children on the phone. Do you have any updates on her situation?

Rahmani: Narges is one of those activists who, instead of just protesting by herself, works to establish civil society institutions. The regime's treatment of Narges and those like her is exceedingly harsh and aggressive. Because of her protest against the killing of demonstrators last November, she was forcibly moved from Evin prison in Tehran to Zanjan prison about 300 km north west of the capital. She and other prisoners have contracted Covid-19 there; medical care was both delayed and inadequate.

Narges was sentenced to 16 years in jail, of which she'll have to serve at least 10. Sixteen years in jail, just because she spoke out against the death penalty! Naturally, she still stands by her views, because she's convinced that execution cannot be a fair sentence and that human rights must form the cornerstone of legislation. This applies to any government, regardless of where it is in the world. The laws must comply with human rights and must be changed accordingly.

When she was sentenced, my wife could no longer work. She was vice president of the Iranian Defenders of Human Rights Center led by Nobel prize laureate Shirin Ebadi. Aside from her current custodial sentence, she was previously sentenced to five years in prison and has been arrested numerous times. She's suffering from a variety of illnesses and has only been allowed out once for just three days since 2015.

Because of her calls for the foundation of independent civil society and charitable institutions as well as the abolition of repressive laws relating to women and other societal groups, Narges and other human rights activists are under enormous pressure. In this fight for justice, she has always endeavoured, as far as it was within her power, to be a voice for everyone. I would like to take this opportunity to emphasise with particular urgency that Narges and all the other human rights activists do not belong in prison.

In the run up to Iran’s presidential election, Supreme Leader Ayatollah Ali Khamenei has sought to entrench his power. Alex Vatanka asks whether a sharp slump in voter turnout ... END_OF_DOCUMENT_TOKEN_TO_BE_REPLACED

Turkey's parliamentary and presidential elections are scheduled for June 2023. But they are already casting a shadow. While the opposition is calling for early elections, ... END_OF_DOCUMENT_TOKEN_TO_BE_REPLACED

Despite promises to the contrary, the social and economic situation in Iran deteriorated under President Rouhani, prompting two nationwide revolts in recent years. Yet the social ... END_OF_DOCUMENT_TOKEN_TO_BE_REPLACED

Starting 29 May, the "Epic Iran" show at London's Victoria & Albert Museum delves into 5,000 years of art, design and culture of the country. ... END_OF_DOCUMENT_TOKEN_TO_BE_REPLACED

By stage-managing his re-election in a poll widely dismissed as a farce, Syria's President Bashar al-Assad has killed two birds with one stone: he has forced his compatriots to ... END_OF_DOCUMENT_TOKEN_TO_BE_REPLACED

On the face of it, the Iran of 2021 still bears considerable resemblance to the Islamic theocracy that was established following the overthrow of the Shah in 1979. Yet, although ... END_OF_DOCUMENT_TOKEN_TO_BE_REPLACED
Author:
Azadeh Fathi
Date:
Mail:
Send via mail

END_OF_DOCUMENT_TOKEN_TO_BE_REPLACED
Social media
and networks
Subscribe to our
newsletter