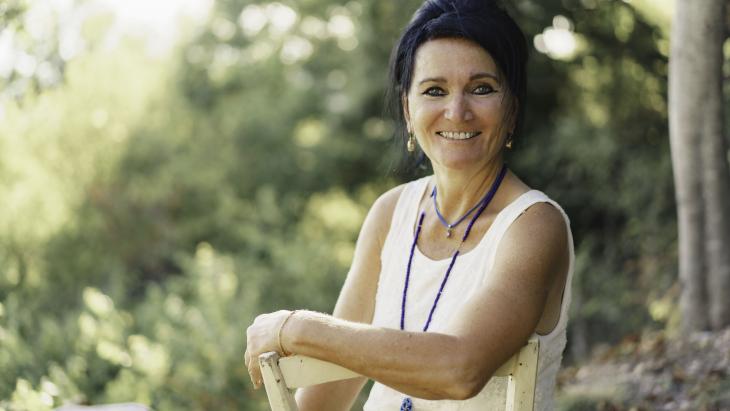 Iranian-German author and filmmaker Siba Shakib was born in Tehran. Her best-selling novels deal with themes of heritage and the past. She speaks to Qantara.de about her new novel "Der Kirschbaum, den sie ihrer Mutter nie schenkte" (The Cherry Tree She Never Gave Her Mother), home, religion and the identity politics debate. Interview conducted by Schayan Riaz

Ms Shakib, the word "home" comes up again and again in your novel "The Cherry Tree She Never Gave Her Mother". Home for the protagonist in your novel is Iran and Italy. How do you yourself relate to the word?

Siba Shakib: Loss is the key motif in this novel. For me, the notion of home is bound up with loss. I don't mean that in a folkloric sense, I mean the actual loss of a place, one you can no longer belong to. When I left Iran to study, I set off with just a suitcase; I wanted to go back to Iran in the holidays. I never intended to stay in Germany or America. It worked out well for a few terms, but then suddenly I was told I couldn't go back home. This was a source of great pain for me; it created a vacuum. It's one of the things I wanted to write about in this novel. The notion of home has both negative and positive connotations for me.

When did you last go to Iran?

Shakib: Twenty years ago. It reminded me, perhaps absurdly, of when you split up with someone; you often imagine that you'll have sex one last time or that there'll be some kind of goodbye ritual, to bring a definitive end to the relationship. I always thought, "I'll go back next year or at some point or other," so I never had my goodbye ritual. Perhaps that's why it took so long for me to end my relationship with Iran. I don't idealise the country, though. So much is going wrong there at the moment: the mixing of government and religion, the corruption, the drug abuse, the survival sex, and so many other things.

I'm not religious, in fact I'm anti-religion, and I can see the downsides and the weaknesses in our culture. And yet, I was ripped away from all of that and it took me a long time to realise that I had to say goodbye to it all.

What do you mean by "anti-religious"? It's possible to be non-religious, but not against religion.

Shakib: It makes me furious that so many people are kept small and ignorant by religion. 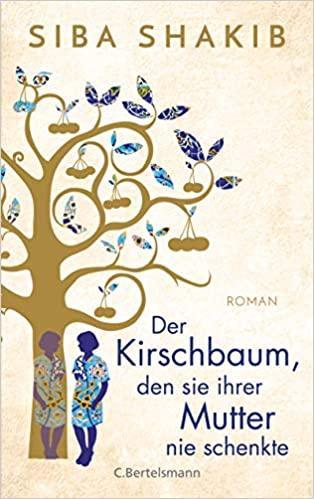 "The relationship between a mother and a daughter often isn't easy, sadly. I worked a lot of autobiographical details into the novel. It took a lot of courage. But I think I have a duty to my readers; I owe it to them to reveal aspects of my life and explore it in an honest and deep-reaching way," says Siba Shakib

So you don't have a problem with religion itself, but the way it is used?

Shakib: I do. For me, the problem is religion itself. The more educated a society is, the more easy it is for people to free themselves from religion as a collective compulsory exercise and shackle. Religion then increasingly becomes a private matter. Secular laws come to the fore and gain in importance. The less free a society is, the more religious laws and rules can be imposed on it, dictating how people live their everyday lives.

Your main character struggles a lot with self-doubt. Sometimes it's to do with a book she hasn't managed to finish writing, sometimes it's a documentary she couldn't finish shooting. Is this a reflection of your own work and career?

Shakib: When I give readings or lectures, I always have to explain that in order to get to where I am today, I had to fail a lot and often. It was necessary for me to explain that success – whatever that means – takes, or can take, a lot of work, suffering and pain.

In my case, my work has always had a lot to do with my own life and my own experiences. It took me ten years to write this novel because I was trying to write as honestly and as intimately as I could about the world within us.

Are your books read in the countries where they are set?

Shakib: Interestingly, yes. The publisher wanted to sell my books in Iran, but we discovered that they were already available there. They had been translated, had ISBN numbers, lovely covers. But they weren't officially licensed. But that's OK. It's important to me that my books are read in Pakistan, Iran and Afghanistan. In this case, it's not the end of the world if I don't get any royalties.

Shakib: When I start writing, all I have is an inkling of where the journey will take me. So sometimes I don't even know what countries will appear in the book. It's only as I write that I realise how I want to tell a story. My main aim is to draw my readers into the inner worlds of my characters. But yes of course, it's lovely if I manage to give European readers a better insight into foreign cultures and a different perspective to the one they see on the news. It's not about describing the misery of people in other countries; it's about examining how people deal with it.

The debate about identity politics has been going on in Germany for quite some time now. What's your view of this development, as an Iranian-German author who published her first book almost 20 years ago?

Shakib: It's heartening that we've been discussing these issues for some time. In the past, minorities did not really feel permitted to talk about the things that mattered to them. On the other hand, I find terms like "old white man" absurd. So what if he is old, white, and a man, and saying things that are unpleasant or wrong. Why can't we deal with one another politely and constructively? It's not right to just exclude people. Criticism must remain constructive, and it has to involve those who are the subject of the criticism in order for real change to happen.

But if you say something stupid, shouldn't you be called out?

Shakib: Not using attributes like "old" or "white"; it's wrong. What has being an "old white man" got to do with saying something stupid? After all, there are old white men who do and say the right thing. If we want to be smart enough to call out other people's mistakes, we have to respond to them in a nuanced way, so as not to fall into the same trap. 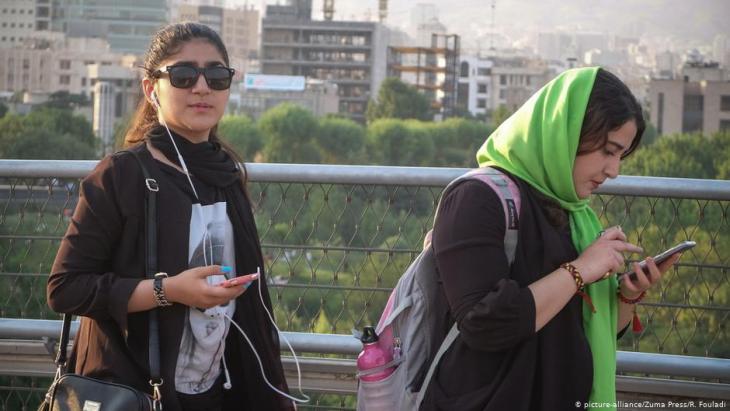 The ache of separation: "when you split up with someone; you often imagine that you'll have sex one last time or that there'll be some kind of goodbye ritual, to bring a definitive end to the relationship. I always thought, 'I'll go back next year or at some point or other,' so I never had my goodbye ritual. Perhaps that's why it took so long for me to end my relationship with Iran. I don't idealise the country, though. So much is going wrong there at the moment," says Siba Shakib

But if you've spent decades being discriminated against, I personally think it's OK to be blunt. Otherwise, no one will listen to you. Black people, for instance, still have to deal with racism every day, and they're not the only ones.

Shakib: The question is: what is the main aim here? The journey towards your goal mustn't destroy the road that takes you there; you shouldn't block your own path. If someone like Wolfgang Thierse says something bad, I concentrate on what he said, not on the fact that he's a white man with no points of contact with certain cultures. All that does is insult him, but it doesn't achieve anything. (Prominent German Social Democrat Wolfgang Thierse wrote an article in the Frankfurter Allgemeine Zeitung in February 2021 criticising identity politics – ed.)

Let's talk a little about the book. The title you've chosen is lovely. What's the story behind it?

Shakib: The title is part of my personal history, and that of my mother. She told me that she was often hungry when she was a child, and had to pick cherries that she wasn't allowed to eat. That really affected me, it made me very sad, so I told her that when I grew up I would give her a cherry tree so she could eat as many cherries as she liked. When I bought an apartment for her and my father, I planted a cherry tree in the garden.

Did you — unlike the main character in your book – have a good relationship with your mother? After all, you bought an apartment for her and planted a cherry tree!

Shakib: It was, and remains, a relationship filled with conflict. The relationship between a mother and a daughter often isn't easy, sadly. I worked a lot of autobiographical details into the novel. It took a lot of courage. But I think I have a duty to my readers; I owe it to them to reveal aspects of my life and explore it in an honest and deep-reaching way.

Translated from the German by Ayça Türkoğlu

"Flugt" is the world's first museum dedicated to the stories of those forced to flee. The new museum, which focuses on the fates of refugees then and now, is housed in a former ... END_OF_DOCUMENT_TOKEN_TO_BE_REPLACED

Foresight is needed to turn the tide of German policy. Being independent of Russia must not lead to dependence on authoritarian regimes in the Middle East. By Kristin Helberg END_OF_DOCUMENT_TOKEN_TO_BE_REPLACED

Rumi's poems, though generally stripped of their Islamic symbolism, are hugely popular around the world. Yet Islamic mysticism is still very much at the heart of these verses. ... END_OF_DOCUMENT_TOKEN_TO_BE_REPLACED

Very different Western reactions to the suffering in Ukraine and the Arab world show that there is a profound rift among cultures. Essay by Michael Young END_OF_DOCUMENT_TOKEN_TO_BE_REPLACED

The documentary "Nadia" tells the incredible story of Nadia Nadim, who was forced to flee from the Taliban as a child and became a football star. By Annabelle Steffes-Halmer END_OF_DOCUMENT_TOKEN_TO_BE_REPLACED
Author:
Schayan Riaz
Date:
Mail:
Send via mail

END_OF_DOCUMENT_TOKEN_TO_BE_REPLACED
Social media
and networks
Subscribe to our
newsletter