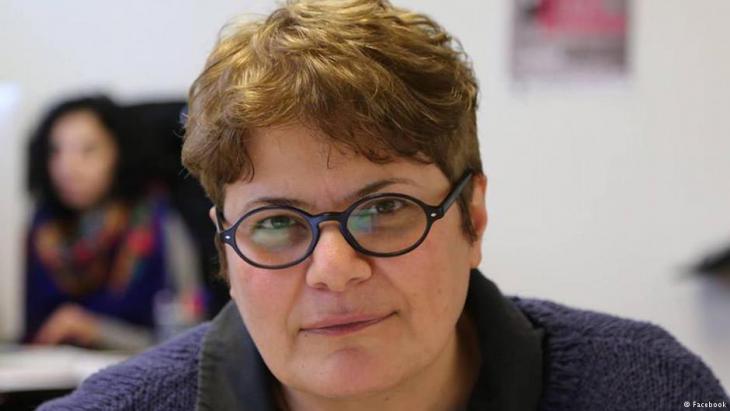 On 19 May, Iranians will elect their next president. Once again, it will be a man. In interview with Mitra Shodjaie, women's rights activist Mahboubeh Abbasgholizadeh says this has to change

Mahboubeh Abbasgholizadeh, you're one of the pioneers of the women's movement in Iran. For more than four legislative periods you've been demanding that women should also be allowed to stand as presidential candidates. However, the responsible authorities say that women are perfectly able to register and are not discriminated against, they're just not qualified for the office. Where exactly does the problem lie?

Mahboubeh Abbasgholizadeh: In the constitution. It has not been clarified whether or not a woman can assume the office of president. The constitution does not provide a clear answer to this. Article 115 of the constitution says the president must come from the ranks of the political redjal. The Persian word redjal means "men", but it can also signify "persons."

For us, it's clear that this word definitely means "men." Moreover, the fact is that in the past 38 years, since the Islamic Revolution, every woman who has put herself forward as a candidate for the office of president has been rejected. We want to change that. We – by which I mean the whole spectrum of women's rights activists – want this word to be changed.

The Islamic Republic's entire constitution is based on Sharia, or Islamic law. The laws make women citizens without a voice. All important decisions are made by their fathers or husbands. Why is Article 115 particularly important?

Abbasgholizadeh: We cannot forgo equality for women at the political level simply because there are other laws in Iran that discriminate against women, or because there is no democratic basis. We're fighting for women's political participation. And we want the path to be cleared for women, too, all the way to the highest office in the land. Yet we are also aware that this is not the only thing that needs doing. 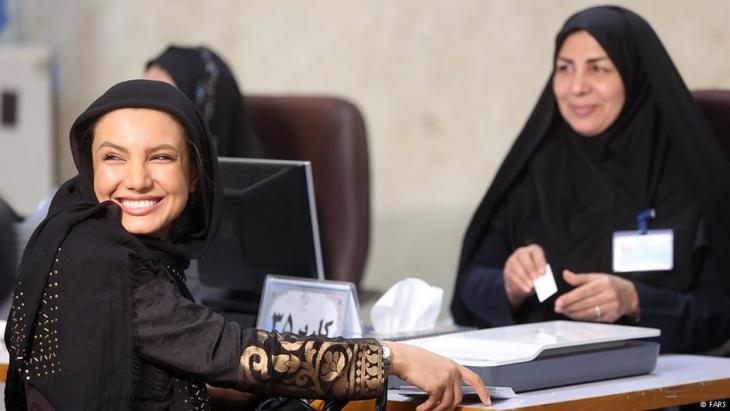 Challenging the system: ″we want the constitution to be changed. It's a question of our rights, not of filling government posts. We want to send a signal that the constitution of the Islamic Republic of Iran is not sacred, and can be changed,″ says Abbasgholizadeh

Neither presidential office nor a quota for women in politics can guarantee democracy in a society. Take a look at African countries – Rwanda, for example. Rwanda's parliament has the highest quota of women in the world. But that in itself doesn't mean Rwanda is democratic. Political equality between the sexes is only one step towards democracy.

Why don't you set realistic goals? Establishing a ministry for women and the family, for example, or requiring that every government appoint women to some of the ministries?

Abbasgholizadeh: We want institutional change – a fundamental change. We want the constitution to be changed. It's a question of our rights, not of filling government posts. We want clarity about what is possible for us. But we also want to send a signal that the constitution of the Islamic Republic of Iran is not sacred and can be changed.

Iranian society is a traditional one. Generally speaking, women seldom appear as decision-makers. Could a female presidential candidate be too much for the country?

Abbasgholizadeh: Our strategy is based on change. We've initiated a long-term process and we must be clear in defining our demands. We want to stimulate society, for people to participate and express their opinions. It should be the right of every person with Iranian citizenship to run for the office of president, regardless of their sex or religion. At present, only men of the Shia faith have this right.

We want this society to think about its civil rights. Why should only women be disqualified from holding presidential office? Do you know how much unqualified men in power have damaged this country?

Just think of ex-president Mahmoud Ahmadinejad. During his two periods in office between 2005 and 2013, this hardliner constantly created tension with the West, with his threats against Israel and the expansion of the nuclear programme – thereby also ensuring the political and economic isolation of the country. No woman can be worse than him.

Mahboubeh Abbasgholizadeh is an Iranian women's rights activist and filmmaker. She has been arrested many times for her activism. She has lived outside Iran since 2010 and currently resides in the United States. Abbasgholizadeh founded Zanan TV there in 2012, a web-based television channel for women's issues.

Millions in Idlib depend on aid coming through a northern border crossing. On 10 July, the UN Security Council votes whether to keep it open. The decision may hinge not only on ... END_OF_DOCUMENT_TOKEN_TO_BE_REPLACED

Mourad al-Marouai was just nine when a landmine killed him on a beach in war-torn Yemen, a tragedy that will haunt his family forever. After a swim, the little boy "suddenly ... END_OF_DOCUMENT_TOKEN_TO_BE_REPLACED

This year’s Morgenland Festival opened with the premiere of Kinan Azmeh’s musical theatre piece, “Songs for Days to Come”, based on fifteen poems by contemporary Syrian poets. ... END_OF_DOCUMENT_TOKEN_TO_BE_REPLACED

Rumi's poems, though generally stripped of their Islamic symbolism, are hugely popular around the world. Yet Islamic mysticism is still very much at the heart of these verses. ... END_OF_DOCUMENT_TOKEN_TO_BE_REPLACED

The Ukraine war is changing the global geopolitical landscape. Ali Khamenei, Iran's most powerful man, is already cosying up to Russia in anticipation of a harsh post-war reality ... END_OF_DOCUMENT_TOKEN_TO_BE_REPLACED

Analyst Iyad El-Baghdadi examines the ongoing tensions between the United States and the two Gulf states – Saudi Arabia and the UAE – and their geopolitical implications in ... END_OF_DOCUMENT_TOKEN_TO_BE_REPLACED
Author:
Mitra Shodjaie
Date:
Mail:
Send via mail

END_OF_DOCUMENT_TOKEN_TO_BE_REPLACED
Social media
and networks
Subscribe to our
newsletter