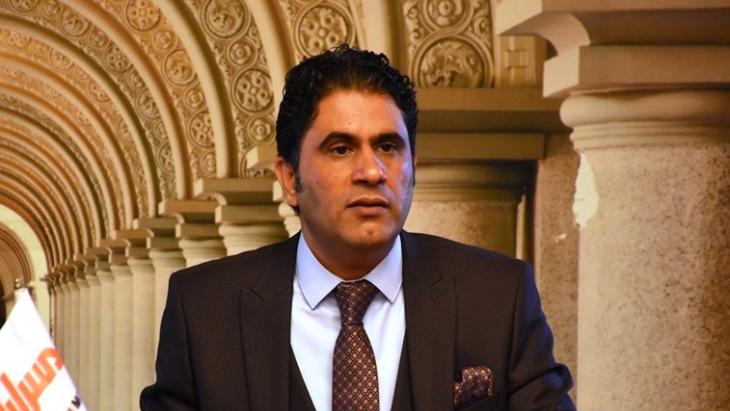 Dedicated to preserving Iraq's diversity, which he considers the country's real capital, Saad Salloum has launched a new institute to combat hate speech and change the Islamic religious discourse. Interview by Gilgamesh Nabeel

Dr. Salloum, how did you come up with the idea of an institute for the study of religious diversity in Iraq?

Saad Salloum: In 2016, the Masarat launched the Baghdad Declaration to Counter Hate Speech in Iraq and the Middle East, in conjunction with the Marrakesh Declaration for the Protection of Religious Minorities. This was institutionalised through the establishment of a Centre for Countering Hate Speech in 2018. The new institute is therefore intended as a methodological supplement to the Centre for Countering Hate Speech.

A study conducted by Masarat in the period from February to December 2017 shows that Iraqis received 37 hate messages per day from various media outlets during the run-up to the parliamentary elections. This soared to an average of 76 hate messages per day during the referendum on the independence of Kurdistan. The Centre for Countering Hate Speech and the Institute for the Study of Religious Diversity are therefore two ways of responding to the challenges imposed by widespread hate and ignorance of ʹthe otherʹ.

Why has the government failed to establish such centres at an official level?

Salloum: The relevant government institutions lack the capacity and expertise. Arguably, they also lack the political will to reform school and university curricula in ways designed to promote diversity and cultural pluralism. The Institute for the Study of Religious Diversity, on the other hand, aims to combat the use of photos or stereotypes in school curricula that are known either to foster hatred towards certain religious groups or, at the very least, encourage discrimination against those who subscribe to particular beliefs. 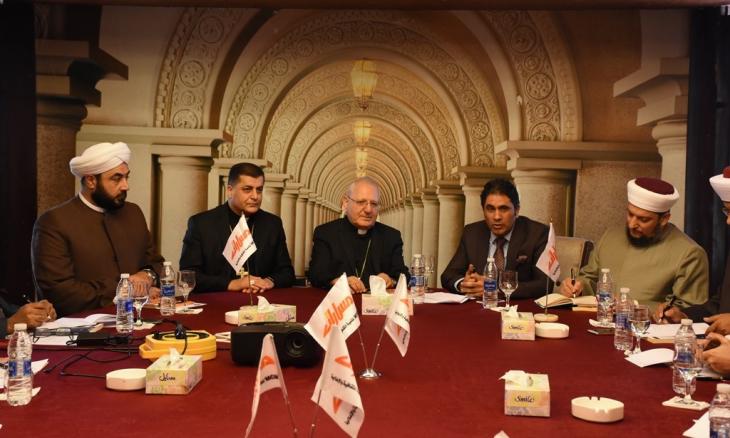 In July, a group of academics, civil activists and leaders of Iraq's various religious groups gathered in Baghdad, under the umbrella of Masarat Institute for Cultural and Media Development, a non-profit organisation dedicated to the study of minorities, collective memory and cultural dialogue, to launch the Institute for the Study of Religious Diversity, the first of its kind in the Middle East

The institute is an attempt at reform, with the aim of eliminating negative religious stereotypes and prejudices. The idea is to prevent the preferential treatment of one particular religion – as the ʹbestʹ or the ʹdominantʹ faith – over others and actively work against the introduction of religious monopolies.

How will the Institute for the Study of Religious Diversity deal with Iraqʹs rich religious diversity, a diversity that includes some obscure religions?

Salloum: The main concept behind the launch of this institute is the need to alter attitudes towards diversity management, presenting diversity as a source of wealth and not as a source of division. Rather than oil, which has brought us only conflict and corruption, the institute seeks to promote diversity as our undying source of wealth. Rather than simply investing in the rich history of Islam and Christianity, we are also seeking to include Iraqʹs historic Jewish heritage, as well as the legacy of the Mandaeans, followers of John the Baptist, a religious minority that has lived in Iraq for more than two thousand years.

As a first in our countryʹs contemporary history, the institute will be offering a Yazidi curriculum authored by Khalil Jundi, a Yazidi expert who has worked for three decades to collect and document his people's oral traditions. Moreover, we will also teach the beliefs of more modern religious minorities, such as the Baha'is, and the beliefs of Zoroastrianism, an ancient religion that has been recently revived in Iraqi Kurdistan after centuries of disappearance.

How long has the institute been in the pipeline? Was it merely a response to the challenge posed by the IS invasion and its implications on religious diversity?

Salloum: We have invested a good 15 years of research and field experience in interfaith dialogue and the promotion of religious diversity. The relations that have been established between the religious leaders of various groups have enabled the Institute for the Study of Religious Diversity to take on the role ascribed to it today – an umbrella for the representatives of all religions.

The institute not only seeks to provide students with the knowledge related to religious diversity in a way that promotes religious understanding, co-existence and tolerance. Top of the agenda is also the need for students, academics and religious leaders to meet regularly with members of other religious minorities to improve mutual understanding, combat stereotypes and nip  misleading hate speech in the bud.

In addition to learning about diversity through curricula and teaching, the idea is therefore to hold almost constant meetings, thus giving students the chance to learn from diversity through direct and vital mixing and the exchange of knowledge – you could call it an interactive binary. Doubtless, the IS invasion in 2014 prepared the ground for people to accept our concept; the terrorist group's crimes provoked fear among the Iraqis, not to mention among the international community, that diversity in Iraq was facing its imminent demise.

What is the institute's main target group? Who are its students?

Salloum: We are focussing initially on teaching students of Islamic seminaries (both Sunni and Shia) in traditional religious institutions and students of Islamic sciences faculties at public universities affiliated to the Ministry of Higher Education. In response to a series of requests, we are also considering teaching humanities students at Iraqi universities. The second step will include specific categories, such as journalists, media professionals, activists, bloggers and social media commentators – those who have a significant impact on shaping awareness and the image of reality.

The New Patrons seek to sponsor art projects initiated by citizens in order to better dovetail art and life. Anyone can become their client. In Berlin, the impressive comic " ... END_OF_DOCUMENT_TOKEN_TO_BE_REPLACED

As the photo of Fairouz talking to French President Emmanuel Macron spread around the world, many asked if Arabs today had any contemporary stars of Fairouz's standing. In this ... END_OF_DOCUMENT_TOKEN_TO_BE_REPLACED

The four short films produced as part of the "Women Make Film" project are well worth seeing. They grapple with the ghosts that haunt Iraq: the horrors of IS rule, outdated gender ... END_OF_DOCUMENT_TOKEN_TO_BE_REPLACED

Ten years after the start of the Arabellion in North Africa and the Middle East, many view the movement as a failure. But rather than being over, it has now entered a more mature ... END_OF_DOCUMENT_TOKEN_TO_BE_REPLACED

Conceived by Israeli journalist and rabbi Elhanan Miller, "People of the Book" is a YouTube project designed to provide information on Judaism in Arabic. Disarming prejudice with ... END_OF_DOCUMENT_TOKEN_TO_BE_REPLACED

The second volume of “Mit den Augen von Inana” (Through the Eyes of Inanna) is an impressive collection of purely female perspectives on modern Iraq, from the Saddam era through ... END_OF_DOCUMENT_TOKEN_TO_BE_REPLACED
Author:
Gilgamesh Nabeel
Date:
Mail:
Send via mail

END_OF_DOCUMENT_TOKEN_TO_BE_REPLACED
Social media
and networks
Subscribe to our
newsletter