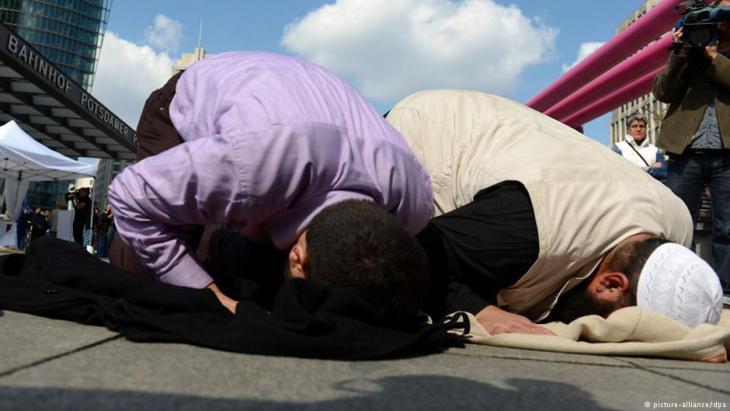 "Not all jihadists are the same"

Nina Kasehage has conducted 175 interviews with Salafists across Europe. This has given her a deep insight into their lifestyle and way of thinking. She finds it regrettable that the whole group gets tarred with the same extremist brush. Interview by Diana Hodali

You have been interested in Islam for many years. How did you manage to make contact with Salafists in Europe?

Nina Kasehage: I started in 2011 by leading a survey on conversions to Islam within Germany [...] My goal was to interview converts who were genuine German nationals, because I wanted to deconstruct the preconception that a conversion to Islam is at the same time accompanied by a distancing from democracy.

This survey on conversions enabled me to establish good contacts in the Salafist scene. Through my existing Salafist contacts, I was able to make further contacts, who then put me in touch with European Salafist groups.

Could you explain what Salafism is?

Kasehage: Were I to try to give a short explanation, I probably wouldn't be accurate enough. For one thing, in Salafism you can only refer to the primary sources of the Koran and the Sunnah (the verbally transmitted record of the teachings of Muhammad). In addition you follow the orthopraxy, or correct action – both ethical and liturgical – of what is considered to be the exemplary way of life led by Muhammad and his companions – the so-called devout older generation or "ancestors". This includes the first generation of companions, who were still active during his lifetime, as well the two generations following Muhammad. That is why both male, as well as female, Salafist members want it to be known, through their clothing and conduct, that they are followers of this perceived exemplary lifestyle. In contrast to more common Islamic religious practice, any deviation from the ideal is seen by the Salafists as a forbidden alteration (bid'ah).

These days the term Salafist is often used as a synonym for a radical and violent side of Islam. What do you make of this?

Kasehage: There are several terms that I find a bit questionable. And the first term is Islamism. I hold the same views on this as the Islamic theologian and researcher, Hamideh Mohagheghi. She is of the opinion that if an entire religion is equated with a minority section of it – a radical manifestation, such as has happened with the term Islamism – then an entire religion is held captive. 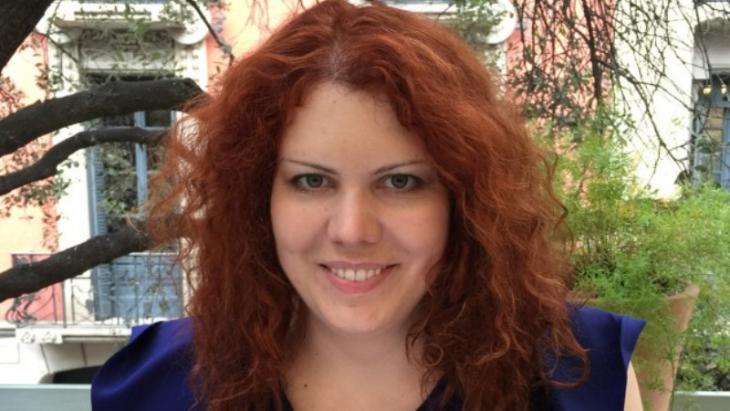 Nina Kasehage is a religious scholar and researcher of Salafism. She teaches at the University of Rostock. She also actively volunteers in radicalisation prevention and de-radicalisation efforts within the Muslim community

In my opinion, through the authorities' dominant interpretation of Islamism, which they shape and maintain, there is a certain tendency towards vilification. This in turn reflects back on Muslims, many of whom have nothing to do with any radical body of thought. For example, if an attack is committed by a Christian, which unfortunately has often happened in the US, there is no discussion about Christianity.

Not all Salafists are potentially violent. How to you make distinctions within the group?

Kasehage: Germany′s Federal Office for the Protection of the Constitution –  that is, its domestic intelligence agency – believes there to be around 10,000 people in the Salafist scene. In other words, a very low number compared to the 3-4 million Muslims in Germany.

I roughly break down the group down into Salafists who are purists, those who are political and those who are jihadists. Around two-thirds are apolitical purists and political Salafists. And then there is around a third who are potentially violent, or who support violence.

Of course Salafism is a restrictive interpretation of Islam, but I find it regrettable that the whole group gets lumped together. I have spoken with many members and preachers who publicly distance themselves from an emphasis on violence. They are under pressure from jihadists. Unfortunately the media presentation of the protest movement against jihadism within the Salafist scene is not as good as it could be. Few outlets are as exemplary as Qantara.de when it comes to providing a balanced picture. The majority don′t even attempt to be unbiased, preferring instead to foster fear of an entire group.

You are a strong supporter of preventative measures and work as a volunteer with families who are concerned that their children have become radicalised. You have prevented numerous people form joining the war in Syria. How did you convince them? 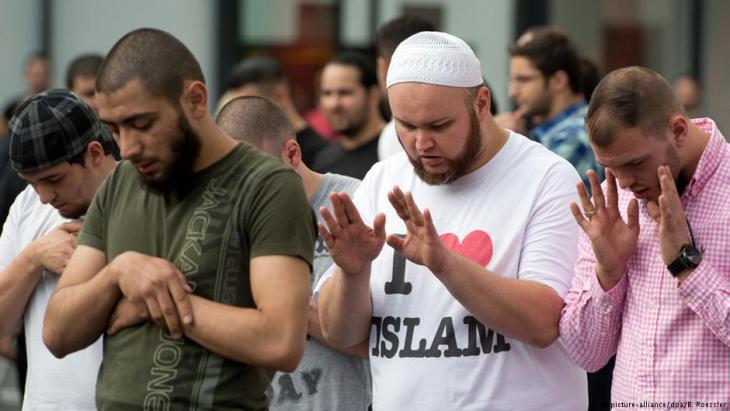 Ongoing appeal: Germany′s Salafist scene continues to grow. Official sources estimate that the movement now has some 10,000 supporters. Only last November, Federal Minister for the Interior, Thomas de Maiziere banned the Salafist ′True Religion′ group, with major raids being conducted in towns and cities across Germany

Kasehage: Call me optimistic, but if you get into a conversation with someone and are skilled at arguing – if you can objectify things – you can make a big difference. If you come in and judge someone, then they feel vindicated. Prevention is a long-term matter, just like de-radicalisation. Long-term projects are, in many cases, not interesting for politicians. They are not sexy, they are not suitable for election campaigns. I believe this is one of the dangers: you base an election campaign on the issue of security, which is never a good idea. You can pursue short-term crisis prevention measures, but long-term prevention is important, for example de-radicalisation.

Kasehage: There are a few initiatives for prevention that I think are good. But sadly they are underfunded. The minister for justice, Heiko Maas, said during our joint appearance on the talk show "Maybrit Illner" in January 2017 that he wanted to invest 100 million euros in prevention. I thought that was great. But since then he has not made any further concrete statements on this matter.

Through my research I have been able to obtain many insights into the scene, which I can use for my volunteer work for people in need. I am there when people need help. That is a human duty. If I had a certain sum of money at my disposal, then I could, for example, build a team and achieve even more collectively. But these funds are never given to smaller organisations, no matter how high their "success rates" are. They are only given to big federal projects. These projects are oftentimes affiliated with institutions that belong to the security authorities. Parents, let alone persons affected, do not approach organisations that are tied to the security sector. This linkage to the authorities is therefore a mistake, but no one wants to acknowledge that.

Michael Frey has written a fascinating book about the contemporary political thinker Nassif Nassar. Since 1967, Nassar has devoted his life’s work to the question of a fair social ... END_OF_DOCUMENT_TOKEN_TO_BE_REPLACED

The Kurdish YPG militia did the heavy lifting in the fight against the "Islamic State", yet many foreign YPG adherents, including Germans, have come home to find themselves under ... END_OF_DOCUMENT_TOKEN_TO_BE_REPLACED

Few Muslims have to date visited the Auschwitz-Birkenau concentration camp memorial site. Now high-ranking representatives of Muslims and Jews are travelling together to the place ... END_OF_DOCUMENT_TOKEN_TO_BE_REPLACED

The terror attacks in Paris, Brussels and Berlin were all carried out by men radicalised in jail. In Germany, politics and the judiciary are trying out new approaches to prevent ... END_OF_DOCUMENT_TOKEN_TO_BE_REPLACED

Elke Muller is fighting for her daughter Anna, who fell in love with a young Afghan and converted to Islam. The mother spoke to Esther Felden about feeling alienated and her fear ... END_OF_DOCUMENT_TOKEN_TO_BE_REPLACED
Author:
Diana Hodali
Date:
Mail:
Send via mail