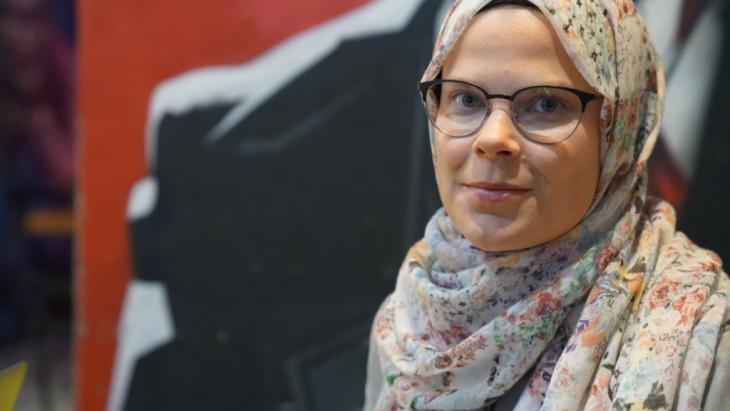 "Europe has a problem with religion"

Researcher Linda Hyokki – herself a convert to Islam – discusses the causes of discrimination, ways of combatting Islamophobia, the divisive topic of veiling and how to debunk the common narrative. Interview by Marian Brehmer

Islamophobia has been defined as an "exaggerated fear, hatred and hostility toward Islam and Muslims". How did you decide on a focus for your doctoral research into Islamophobia?

Linda Hyokki: As an academic I noticed that there is a lack of research on Islamophobia in Finland. Islam is generally considered as a religion of immigrants. When the refugee influx in 2015 prompted a new wave of anti-Islamic rhetoric in Finland, I thought it would be interesting to investigate the topic of Finnish people who had grown up in a non-religious environment, but had ultimately chosen the religion of Islam for themselves.

What do you think causes Islamophobia?

Hyokki: It has a lot to do with the phenomenon known as the "racialisation of Muslims". Muslims are treated as if Islam were a race. In this way, anti-Muslim prejudice becomes racism. It employs the same terminology that is used in biological racism, which is why researchers often talk about "anti-Muslim racism". Islamophobia is not just about stereotypes or prejudices, it is an institutionalised form of discrimination. Moreover, it should be stressed that Islamophobia is not merely a phenomenon that emerged after the World Trade Center attacks in 2001. Muslims had been subject to discrimination long before 9/11. We only need to dip into European Orientalism to see that anti-Islamic sentiment has a long history.

How are converts to Islam viewed in Finland?

Hyokki: Even if you are Finnish born and bred, once you convert to Islam, you become the ʹracial otherʹ because you are no longer accepted into the "original culture". Right-wing politicians have juxtaposed Muslims with a supposed Nordic race. When the former presidential candidate Laura Huhtasaari from the populist Finns Party spoke out against the face veil, she indicated that Muslim women do not have freedom of choice and otherised them.

Her comment "I as a Nordic woman have the freedom to decide whether I wear trousers or skirts" means for me that she is trying to exclude the Muslim women living in Finland from a spatial, cultural "us". The irony is that linguistically speaking, Finland isnʹt even part of the Nordic countries where Indo-Germanic languages are dominant; Finnish and the Sami language – which is spoken by the indigenous people of Finland, the Sami – are both Uralic languages. 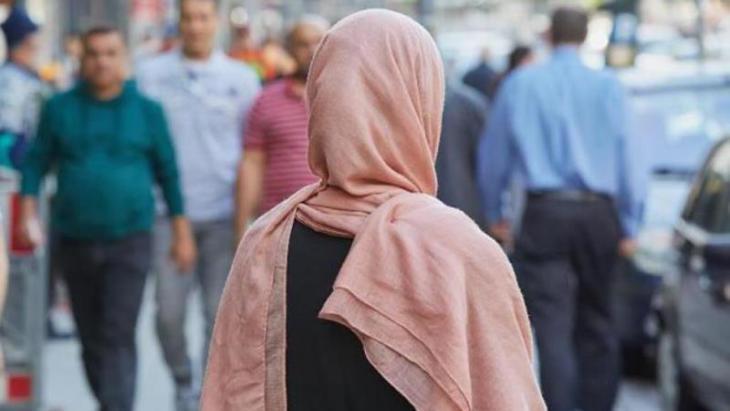 Double standards surrounding Western individualism: "society seems unable to cope with a handful of veiled women. At the end of the day, all we are talking about is how people dress. Take another example: the right to polygamy in Islam is regarded as highly controversial. But talk about the modern lifestyle concept of ʹpolyamoryʹ and people seem more inclined to accept it. The moment you do something for religious reasons it becomes a problem," says Hyokki

What kinds of discrimination have you observed towards converts to Islam?

Hyokki: During my fieldwork I interviewed both men and women, in an attempt to record their experiences. One girl told me how her mother called a helpline for victims of religion when she learnt that her daughter had turned Muslim, fearing that she had been brainwashed. Another story tells of a girl who graduated from high school as the best student in her year. As tradition goes, she would have been the one to deliver that yearʹs graduation speech. But because she was a Muslim the headmaster wouldnʹt allow her to speak, arguing that the institution didnʹt want a girl with a headscarf to speak for the school. I also spoke to Muslim converts working in the healthcare field who have experienced bullying and harassment in the workplace.

Where does such discrimination come from?

Hyokki: In Finland, just like in many other European countries, the prevailing image is that Islam as a foreign religion is incompatible with a European lifestyle. Finnish converts, however, didnʹt appear to feel conflicted. As a Fin-turned-Muslim I can live my life without compromising my culture. Owing to the unfortunate cases of people joining radical groups like Islamic State, Muslim converts are generalised as having been brainwashed. Their rationality and ability to make sound decisions about their lives is therefore questioned. I find that hugely patronising.

The fact is that many different paths lead to Islam. Some people may choose Islam because they need a stable framework for their lives, others might be more interested in the spiritual aspects of Islam such as Sufism. It is not black and white. In comparison with ʹnativeʹ Muslims who are born in European societies, we as converts are still privileged due to our "whiteness". I can always take off my headscarf – then I will just be another white girl in the crowd. Islamophobia also encompasses aspects of gender and ethnicity, thus Muslim women of colour will always face harassment, whether they wear a headscarf or not.

Among Muslims, the image of women as "cossetted hijab-wearing princesses" is frequently invoked. But Muslim women have long wanted to be more. In her essay, Karoline Roscher- ... END_OF_DOCUMENT_TOKEN_TO_BE_REPLACED

Even in times of war and pandemic, refugees are still being deported to Afghanistan. Several deportation flights have taken place in recent weeks alone. Since those affected often ... END_OF_DOCUMENT_TOKEN_TO_BE_REPLACED

Surging coronavirus cases in many parts of the world have overshadowed the start of this year's Muslim holy month of Ramadan, with festivities once again curtailed by contagion ... END_OF_DOCUMENT_TOKEN_TO_BE_REPLACED

German Middle East analyst Guido Steinberg and television journalist Ulrich Tilgner have both published new books on the conflicts in the Middle East. Their analyses and their ... END_OF_DOCUMENT_TOKEN_TO_BE_REPLACED

On 27 March, Iran and China signed a 25-year accord intended to foster "strategic co-operation". Despite ongoing uncertainty over the deal's actual scope, content and chances of ... END_OF_DOCUMENT_TOKEN_TO_BE_REPLACED

END_OF_DOCUMENT_TOKEN_TO_BE_REPLACED
Social media
and networks
Subscribe to our
newsletter