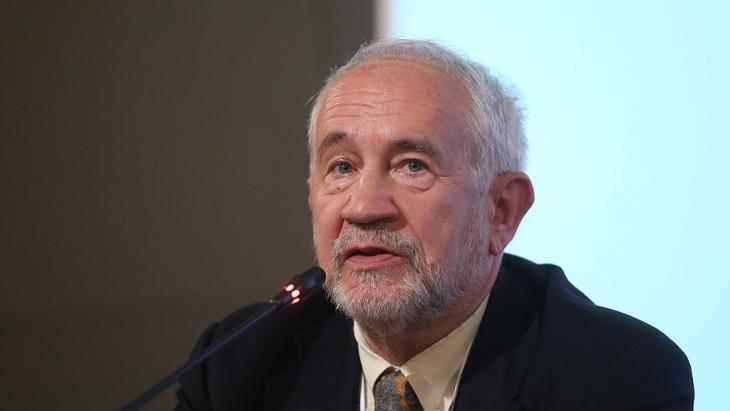 Muhyiddin Ibn Arabi (1165-1240) is one of the most influential Arab philosophers and mystics. James Morris, Professor of Islamic Theology at Boston College, explains why his writings are still popular and why, today, they give the most productive answer to fundamentalist approaches in Islam. Interview by Claudia Mende

Perhaps no other Islamic author has been so widely and constantly influential in the Arab world than Ibn Arabi. Why is that?

James Morris: The answer to your question is paradoxical, because almost all of Ibn Arabi’s writings are in very learned Arabic. They presuppose all the fields of religious learning that only a small group of religious scholars would know. So how can somebody who wrote for such a small audience be so influential later on, far beyond the Arabic-speaking world?

The answer is Ibn Arabi’s interpretive method of taking the revealed religious teachings back to their underlying spiritual experience, which we share as human beings in all times and places. He provided what we could call a universal “phenomenology of the spirit”, referring to the spiritual forms of awareness and experience that human beings have access to whatever their culture and language.

So poetry played a crucial role in spreading his ideas?

Morris: There are two reasons for this. First poets and musicians took his ideas and translated them into the new languages of Islam, as the latter was developing (after the Mongols) into a truly global religion. That transformation started with Persian and then expanded to new Muslim cultures in Africa and throughout Asia.

Just to give one striking example. In Indonesia, Ibn Arabi’s ideas served two functions. His writings explained the popular use of shadow-plays (wayang) used to teach about Islam. They clarify the role of such arts, while justifying the spiritual creativity of religion against others who had narrower, fossilised views of religion. Even today, poets, writers, artists and people pursuing the spiritual life all over the Muslim world can find clear explanations for what they are creating in the writings of Ibn Arabi.

And the other reason?

Morris: The second reason for his historical influence is that during Ibn Arabi’s lifetime, Muslim political rule was greatly threatened by the Mongols on one side and the Crusaders on the other. But soon after his death (1240), Islam again started to spread rapidly throughout Asia, the Balkans (with the Ottomans) and into West Africa as well.

"Ibn Arabi’s perspectives focus on the duties and responsibilities human beings have in common – spiritually, ethically and intellectually – and not on what separates them. That is why Ibn Arabi is still so appealing to modern seekers. If we are to shape a global civilisation that is fully human, we obviously need the deep co-operation and creativity that flows from genuine spiritual understanding," says Morris

The vehicle for this popular spread of Islam was what we today would primarily call Sufi tariqas (“pathways”). But before the creation of those localised institutions, we always find a handful of charismatic individuals (the awliyā’ or “Friends of God”) whose practice and understanding of Islam naturally attracted other people to them. Most of these spiritual institutions and devotional practices were based on dhikr, “the remembrance of God”, in the familiar rituals of poetry, music, pilgrimage and festivals rooted in local languages (usually written in Arabic letters) and customs. But even now, if we want to understand the deeper meanings of this popular religious poetry and music (for example, famous praises of the Prophet Muhammad, in celebrations of his birth and mission) we have to go back to the interpretations of Ibn Arabi.

What about the contemporary world?

Morris: There is a whole complex chain of influences extending down to our own day. To take one striking example, the Persian master poet Hafez, who lived roughly a hundred years later, was deeply influenced by the teachings of Ibn Arabi. Then centuries later, Goethe learned Persian in order to read Hafez. Not only his famous “East-West Divan” but also much of Faust is deeply rooted in the understandings of the Koran that were conveyed to the German poet by Hafez. Then in our own day, when we encounter Wim Wenders’ extraordinary re-telling of Faust in his “Wings of Desire“ (Der Himmel über Berlin), that story is still so amazingly close to the teachings of the Koran that I often use it to introduce the Koran to my first year students.

Turkish author and journalist Mustafa Akyol is one of the foremost pioneers of an Islam reconciled with modernity. Musa Bagrac spoke with Akyol for Qantara.de about his new book " ... END_OF_DOCUMENT_TOKEN_TO_BE_REPLACED

A bird's eye view of eight hundred years of history: Brian A. Catlos tells the story of Al-Andalus in the style of a streaming series and deconstructs the myths of the Reconquista ... END_OF_DOCUMENT_TOKEN_TO_BE_REPLACED

Known to Jews, Muslims, and Christians by three different names – Sefarad, al-Andalus, and Hispania, respectively – the Iberian Peninsula has been a centre of fertile intellectual ... END_OF_DOCUMENT_TOKEN_TO_BE_REPLACED

A heated debate is raging in the Islamic world about whether the religious and political spheres in Islam are one and the same. Before this matter can be settled, the terms " ... END_OF_DOCUMENT_TOKEN_TO_BE_REPLACED

On their fourth CD "Irade" (willpower), Masaa has left its piano sound behind, yet continues with its new guitarist to pursue a path that bridges jazz improvisation and Arabic ... END_OF_DOCUMENT_TOKEN_TO_BE_REPLACED

Internationally Bamiyan tends to be associated with the tragedy surrounding its empty Buddha niches. But in recent years the central Afghan province has also been an island of ... END_OF_DOCUMENT_TOKEN_TO_BE_REPLACED
Author:
Claudia Mende
Date:
Mail:
Send via mail

END_OF_DOCUMENT_TOKEN_TO_BE_REPLACED
Social media
and networks
Subscribe to our
newsletter