"The Iranian Regime Is Now More Vulnerable Than Ever Before"

Karim Sadjadpour is an Iran expert and associate at the Carnegie Endowment for International Peace. Birgit Kaspar has talked to him about the situation in Iran and perspectives in the nuclear crisis with the West 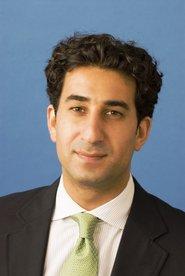 Karim Sadjadpour joined Carnegie after four years as the chief Iran analyst at the International Crisis Group based in Tehran and Washington, DC. He is also frequently called upon to brief US and EU officials about Middle Eastern affairs

​​The political situation in Iran is tense. On the occasion of the 30th anniversary of the takeover of the United States Embassy in Iran on November 4th tens of thousands of protesters were on the streets of Tehran despite severe warnings from Iranian security forces. The demonstrations took place not only in Tehran but also in various other cities around the country. Mr. Sadjadpour, for how long do you think will the opposition be able to keep up the pressure against President Mahmoud Ahmadinejad's government?

Karim Sadjadpour: There remains an enormous sense of outrage and injustice at a popular level after the disputed presidential elections in June and I think that every time we have seen the opposition show their numbers they have exceeded people's expectations. But I think people realize this is a long-term process, results will not be achieved overnight.

What do you think is going to happen over the next few months?

Sadjadpour: I think we will see a further deterioration of the economic situation in Iran, due to poor management, external pressure, and the contraction of oil prices. Rather than reach out to his domestic opponents and try to build bridges I think Ahmedinejad is going to continue to alienate them. The gulf between the opposition and the regime is likely to increase. University students will continue their agitations'. In general I don't think 'people are going to forgive or forget what happened last June any time soon. 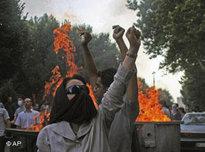 "Obama, Obama – either you're with them or you're with us": According to Sadjadpour, the US administration could stand to be more outspoken about Iran's inability to adhere to international standards of human rights

​​ During the demonstrations on November 4th we heard for the first time people chanting "Obama, Obama – either you're with them or you're with us" along with the slogan "Down with the dictator". Do you think the Obama administration responded in an apt manner to the developments in Iran?

Sadjadpour: I think the Obama administration could stand to be more outspoken about Iran's inability to adhere to international standards of human rights and justice. I have no illusions that raising the issue of human rights will cause the regime to have second thoughts about employing repression and brutality; but if we neglect talking about human rights, the United States sends the signal to the Iranian people that America is a cynical superpower willing to "do a deal" at their expense. This could unwittingly pour cold water on the momentum of the movement. Our philosophy should be to "do no harm".

Does the opposition feel betrayed by the West?

Sadjadpour: I think part of the opposition is certainly concerned that the US has focused far too much on the nuclear issue and far too little about their plight. Iranian political culture is very conspiratorial, and I think the Obama administration has to reconcile how they engage the regime without betraying the will of the people. ' 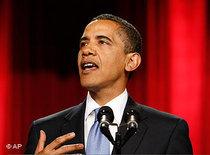 Karim Sadjadpour: "The Obama administration has to reconcile how they engage the regime without betraying the will of the people."

​​ Sadjadpour: I think that's likely the case, in the sense that the regime is more likely to feign compromise on the nuclear issue to stave off external pressure until it gets its internal house in order. If there were no internal crisis in Iran and oil prices were still soaring, I don't think Iran would show any signs of compromise. All that said, I don't think an internal consensus has yet been reached on the nuclear issue. I think that the Iranians would like to delay or draw out the process as long as possible.

The Obama Administration shows first signs of patience running low. First Tehran seemed to have agreed to send its Low Enriched Uranium to Russia and France in order to get it back in a higher enriched form for use in a medical reactor. Then the Iranians backpedalled. For how long will Obama keep committed to the diplomatic talks?

I'm not sure if anyone in Washington still believes that zero enrichment is a feasible outcome. But there is tremendous internal pressure on the administration to take a tougher approach toward Iran. If there is no diplomatic progress in the coming few months the administration will be forced to pursue harsher measures.

If no compromise can be found on the basis of the International Atomic Agency's proposal increased sanctions will be on the agenda. How do you rate the chances that such sanctions will lead Ahmadinejad to change course? 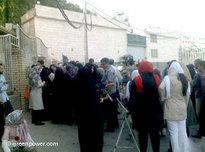 Enmity towards the US as a fundamental pillar of the revolution: many dissidents accused of fomenting a "velvet conspiracy" against the Islamic government ended up in Tehran's infamous Evin prison

​​ Sadjadpour: In the past sanctions have not brought about more conciliatory Iranian policies. Remember, this is a regime that has been willing to endure severe economic hardship in order to further its political and ideological aims. But they're now more vulnerable than ever before.

The Obama administration believes that the breadth of sanctions is more important than the depth, meaning a more robust international coalition – including Russia and ideally China – will concentrate Iranian minds much more than simply amplifying existing US and US sanctions. Whether or not Moscow or Beijing will come around is a huge question though.

The Obama administration hasn't taken the military option off the table. Under which circumstances do you think a US military operation would be possible?

Sadjadpour: I think the likelihood of a US attack on Iran is very low. Afghanistan has become a very important domestic political consideration for the Obama administration and the last thing they want is to open up another war front which would inflame the situation in Afghanistan and also Iraq.

The greater concern is that if these negotiations fail, Israel will at some point in the next year feel compelled to take action. And many US officials believe that Israel won't ask permission from Washington first if they truly feel they're facing an existential threat.

The IAEA chief until end of November, Mohammed ElBaradei, told the New York Times "there is total distrust on the part of Iran". Mr Sadjadpour, you have authored a study on the speeches and writings of Ayatollah Ali Khamenei, the supreme leader in Iran. Is the most powerful man in Tehran indeed viscerally opposed to the US?

Sadjadpour: Yes, I believe that. For Khamenei enmity towards the US was a fundamental pillar of the revolution and it remains central to the identity of the Islamic Republic. Ayatollah Ruhollah Khomeini, the father of the Islamic Revolution, once said the relationship between the US and Iran is like that between a wolf and a sheep, and Khamenei recently repeated this mantra.

That said, during times of existential crisis – and the last four months have been a time of existential crisis – survival is paramount. So at those times I think he is willing to talk to the US in order to try to stave off pressure. But I don't think his ultimate objective is to reach an accommodation with Washington. On the contrary, I think he believes that could seriously jeopardize the integrity of the Islamic Republic.

What do you think he is most worried about?

Sadjadpour: Based on his writing and speeches it's clear he's most concerned that the US is trying to foment a velvet or soft revolution in Tehran. He fears that greater interaction between the US and Iran, meaning a greater US or Western presence in Iran, would dilute the 'Islamicness' of the Islamic Republic and undermine their hold on power. In a way I think a rapprochement with the US is more of an existential threat to him, to the hardliners in Teheran, than the status quo of the adversarial relationship.

USA – Iran Relations
"Charm Offensive" to End the Ice Age
Obama's video message to the Iranians contained an appeal for renewed dialogue with Teheran's political leaders. But who would be the most likely candidate for entering into such a dialogue with Washington from the Iranian perspective? Answers from Katajun Amirpur in Teheran

END_OF_DOCUMENT_TOKEN_TO_BE_REPLACED
Social media
and networks
Subscribe to our
newsletter