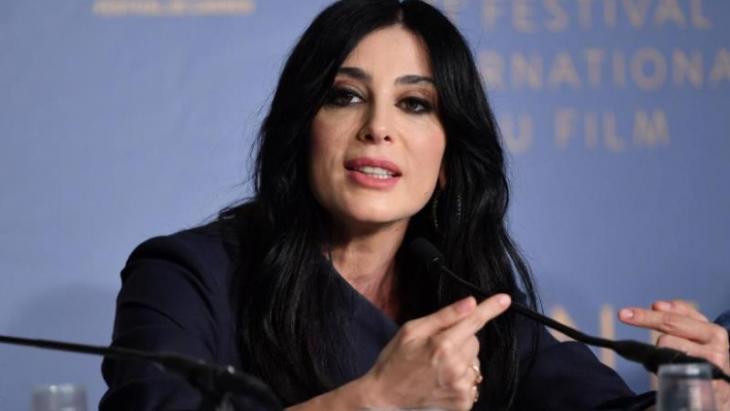 "Children are the first to pay for our wars"

In "Capernaum", Nadine Labaki tells the dismal story of Zain, a boy living on the streets of Beirut. She calls the system behind it "modern slavery". Paul Katzenberger spoke to the Lebanese director

In your view, was it right for Zain to be born?

Nadine Labaki: By all means, yes. He is among the 25 percent of the children who manage to break out of the vicious circle of neglect, abuse, lack of affection and physical violence. Numerous studies have shown that 75 percent of children who are subjected to such abuse turn to crime or slide into drug addiction. Only a quarter manage to create a life worth living for themselves: Zain is part of that minority.

And what about the 75 percent of children who canʹt escape the vicious circle?

Labaki: There is a justification for every new life. But the question is: does anyone have a right to behave so irresponsibly towards children? My film addresses the whole system that has let these children down. Iʹm looking at fundamental questions.

What questions are those?

You mean between the powerlessness of children and the ability of adults to make decisions and act on them?

Labaki: Right. Iʹve talked to a lot of children and seen their anger. They told me about extreme cases of neglect and abuse. And then, when I asked them if they were happy to be alive, 99 percent of them said they would rather be dead than unloved, mistreated and raped. Some of them had internalised the constant violation to such an extent that they described themselves as a "piece of shit", a "parasite" or a "blow-fly". And itʹs no wonder: theyʹve never been told that they had any value.

So these children are no longer even conscious of their identity?

Labaki: Or at least, the knowledge of their own self is buried very deep. When you ask how old they are, for example, most of them donʹt know. They say "almost twelve" or something like that. They donʹt have a birth certificate; even their parents donʹt know the exact date and fob them off with approximate information. They say things like: "It was raining when you were born," or: "you were born during Ramadan."

The woman on whom you based the character of Zainʹs mother Souad gave birth to 16 children. Could the solution lie with better birth control?

Labaki: The culture of bringing a lot of children into the world is certainly part of the problem, but we canʹt generalise. You have to look at each individual case: there are women who can bring up 20 children with a lot of love. There are well-to-do mothers who donʹt have sufficient empathy for a single child. And there are also parents for whom the precarious financial situation and the lack of love for their own children leads to exploitation and abuse: they send their children out begging on the streets because they think the pity that people feel for them will earn more money than the parents could themselves. 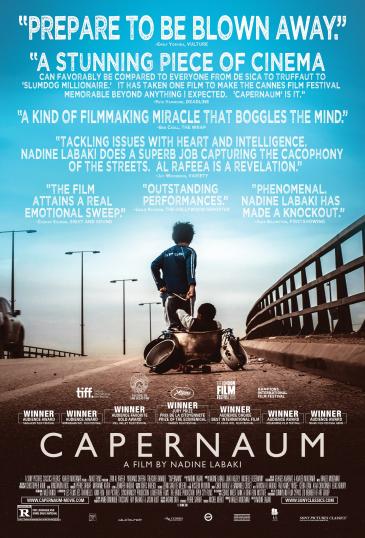 Harsh social criticism: Lebanese film director pulls no punches in her new film "Capernaum – City of Hope". In it she tells of the street boy Zain, who sues his parents because they gave birth to him without really being able to feed him. Through this unlikely fiction, Labaki attempts to describe the situation of neglected children in her home country

In Lebanon there is racism, an absence of basic rights for migrant workers and child labour. But the human rights situation is much better than it is in other countries in the Middle East. Is Lebanon a better country than you portray it as in your film?

Labaki: Iʹm afraid the reality there is harder and more even more unbearable than what is described in "Capernaum". Lebanon has, of course, also set an example of humanity, by taking in more than two million refugees despite its economic and political problems. There are idealists who welcome the Syrian refugees, but at the same time there is also a system of corruption in which politicians with influence and various other people want to make money out of the stream of refugees.

This confusion has led to real chaos. Thatʹs why I called the film "Capernaum". In French, it stands for disorder and confusion – a place where things are just piled up willy-nilly. In Lebanon, racism often rules; modern forms of slavery exist, girls are married off when theyʹre still children – and thatʹs certainly not an exhaustive list of the social ills there.

Are the problems you show in your film down to the specific situation in Lebanon?

Labaki: No, they exist all over the world, to different extents of course. You find poverty everywhere, from Los Angeles to Munich. Every society excludes people and would ideally like to make them invisible. Whether itʹs in Ethiopia, India, Brazil or Syria: the children are the first to pay for our wars and conflicts. It was my aim to give them a voice through my film.

The character of Zain is very specific, though. The child of Syrian refugees in Lebanon.

Labaki: Yes, but he stands for a lot of children. I wanted to know what a boy would say who spends the night on the curb and doesnʹt get a wink of sleep because itʹs far too uncomfortable. What would Alan Kurdi say, the little boy who drowned, whose image taken on the beach in Bodrum was seen around the world? What would the children say who are taken from their parents on the border between the USA and Mexico?

You also show children being separated from their parents, as they are in the USA, in your film. Is that really what the authorities do in Lebanon?

Labaki: If theyʹre discovered, then yes. Migrant workers donʹt have any right to have children with them in Lebanon. Even so, some still manage to live as a family, but itʹs illegal. If they get caught, then either they and their children will be sent back to their home countries, like Ethiopia, or the children will be deported without the parents. That happens every day and itʹs part of the corrupt sponsorship system in Lebanon, in which employees practically belong to other people. The sponsor can dictate everything: that these people have to live in his house, and not enter into relationships or have children. Itʹs modern slavery.

Home
Print
Newsletter
More on this topic
Social inequality in the Arab world: There is no state in LebanonInterview with Nadine Labaki: Thinking outside the boxNadine Labaki's film "Caramel": Rules of the game beyond the civil war
Related Topics
Arab cinema, Cinema, Education, Human rights, Migration, Poverty
All Topics

They’ve already got the Louvre; they’ll soon have a Guggenheim Museum as well – and now the Emirates have added literature to their quest for cultural supremacy in the Arab world ... END_OF_DOCUMENT_TOKEN_TO_BE_REPLACED

The rollout of coronavirus vaccines in the Middle East and North Africa is already taking place on a massive scale, with the United Arab Emirates leading the way. Nevertheless, ... END_OF_DOCUMENT_TOKEN_TO_BE_REPLACED

A childhood and youth in Beirut, a life lived between Lebanon, Switzerland and Germany, and a unique voice in Arabic-language literature: "Beirut für wilde Mädchen" sees Lebanese ... END_OF_DOCUMENT_TOKEN_TO_BE_REPLACED

Surging coronavirus cases in many parts of the world have overshadowed the start of this year's Muslim holy month of Ramadan, with festivities once again curtailed by contagion ... END_OF_DOCUMENT_TOKEN_TO_BE_REPLACED

German Middle East analyst Guido Steinberg and television journalist Ulrich Tilgner have both published new books on the conflicts in the Middle East. Their analyses and their ... END_OF_DOCUMENT_TOKEN_TO_BE_REPLACED
Author:
Paul Katzenberger
Date:
Mail:
Send via mail

END_OF_DOCUMENT_TOKEN_TO_BE_REPLACED
Social media
and networks
Subscribe to our
newsletter