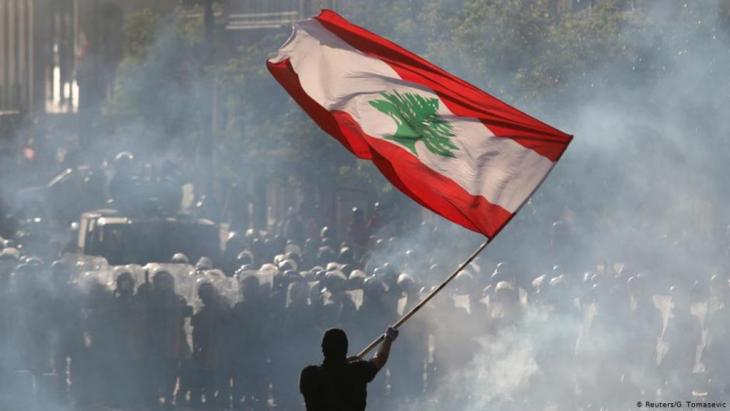 Interview with Lebanese political scientist Bassel Salloukh
Will a new Lebanon arise from the ashes of Beirut?

The explosions in Beirut killed more than 150 people, injured 6,000 and left 250,000 homeless. In interview with Julia Neumann, political scientist Bassel Salloukh talks about the consequences of this tragedy, the worsening political crisis – and the nature of political reality in Lebanon as the government slowly unravels

Following the explosion of 2750 tons of ammonium nitrate in Beirut’s port on 4 August, thousands of Lebanese gathered in downtown Beirut to protest against the government, whom they see responsible for the catastrophe. What is the political reality on the ground in Lebanon today?

Bassel Salloukh: The big struggle today in the country is between two groups: one group consists of all the sectarian political parties that are vying for power among themselves. But all of them have one thing in common and that is their preoccupation with saving the current political system as it is, or with a minimum of reform. The other group is composed of all those who came onto the streets on 17 October and who have been protesting ever since. They are not as organised, nor necessarily as powerful as the sum total of the sectarian political parties. These groups want a major change in the political system. And many Lebanese want a major change in the political system. Because what the explosion symbolised for them was the ultimate failure of a corrupt system.

In reaction to the protests, Hassan Diab has announced he is willing to hold new elections. What will be the likely impact of new elections on the political system in Lebanon?

Salloukh: That all depends on the nature of the elections and the electoral law that underpins them. When Hassan Diab says, "I'm willing to stay for two more months to oversee an agreement on a new electoral law", that really does not mean anything. If new elections are held, no matter how progressive the electoral law is, then given the economic crisis, given the devastation in the country, given how organised the sectarian parties are, what we are likely to see are most of these sectarian parties returning to parliament. There might be a shift in the balance of power between the sectarian parties, but there won't be a radical transformation of the political system.

How likely is a transformation of the political system in Lebanon?

Salloukh: We have to distinguish between two things: one is reform of the electoral law. Will it be proportional representation? What kind of proportional representation? How big will the electoral districts be? The other is reform of the political system itself. None of the existing sectarian political parties want any change in the political system. They are willing to accommodate change in the electoral law – but that is because they believe, to a large extent, that they are the most powerful actors on the ground, through clientelism, ideology or corruption. But that is still playing within the same old political game – they're just looking to shuffle the deck a bit.

The hope that the sectarian parties would not return to power has been expressed repeatedly since the popular protests started in October 2019, with people demanding the abolition of Lebanon's electoral law and its system of proportional representation.

Salloukh: The emphasis on the issue of electoral law plays into the hands of the sectarian political elite. No matter what law you have, their partisans are numerous and far more organised than those who are demanding a change in the political system. So we have to be very careful about our priorities.

So even if there was a more progressive electoral law, the traditional sectarian parties would still command a lot of power, money and influence in the country. Does this mean that the opposition we are seeing on the streets these days is still a minority in Lebanon?

Salloukh: It is not an issue of minority or majority. It is an issue of how in Lebanon, parliament, like everything else, is divided according to a pre-determined sectarian quota and along geographical lines. The sectarian political parties today, given their control of state institutions, their control of clientelist networks, given their ability to demonise the other and to engage in this kind of demonising discourse and given the economic crisis we are living in, they are far more capable of fielding and organising their voters than the other smaller political groups.

For example, if in the 2018 elections you could buy a vote for 100 U.S. dollars, today – given the economic crisis – you could buy votes for 10 dollars. This is why these anti-sectarian groups are saying: "We do not want elections now, because this would play into the hands of the political parties." 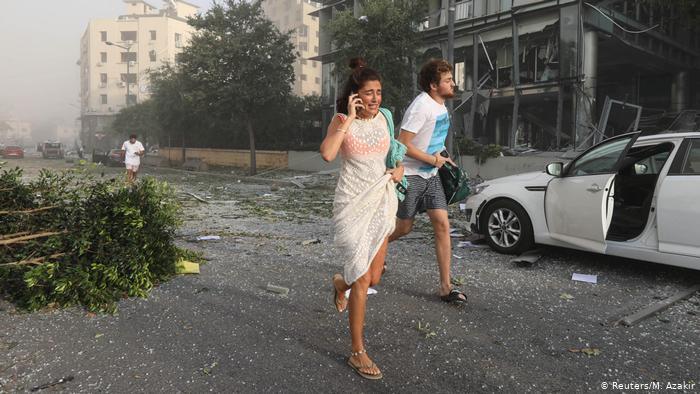 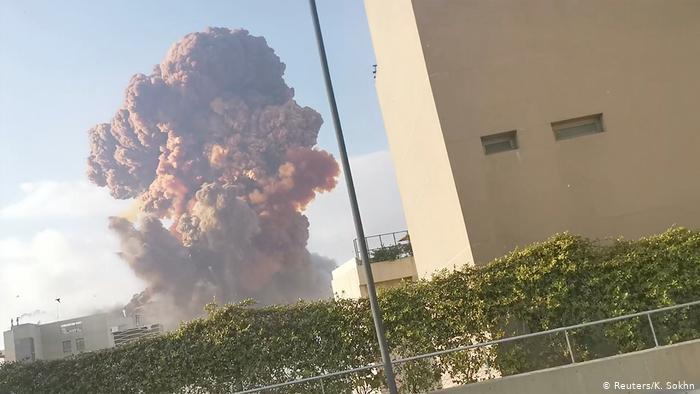 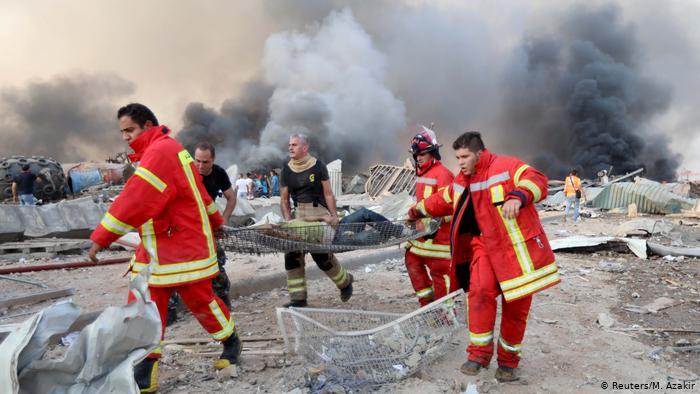 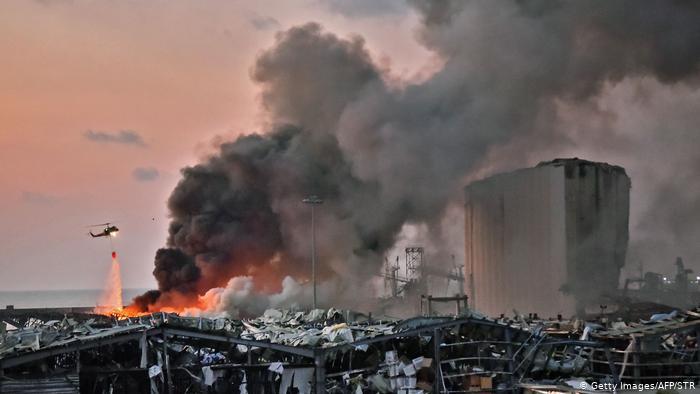 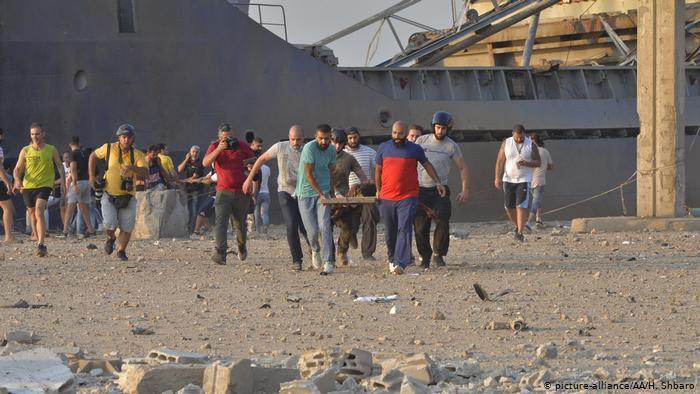 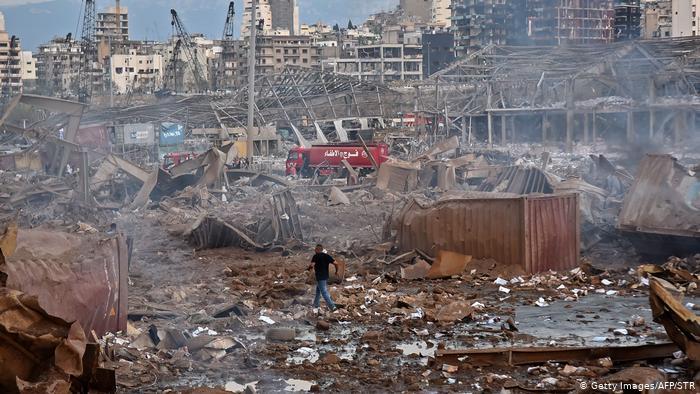 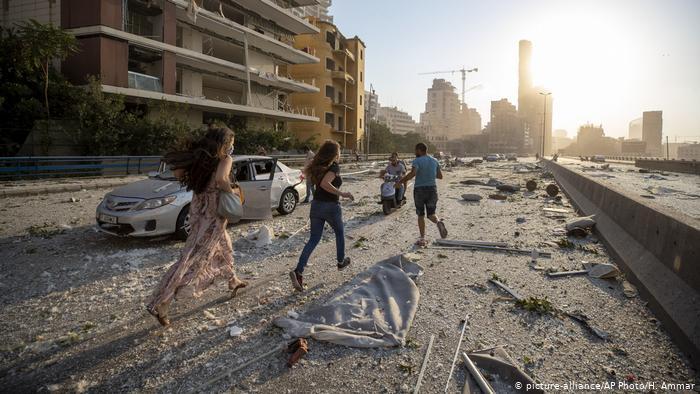 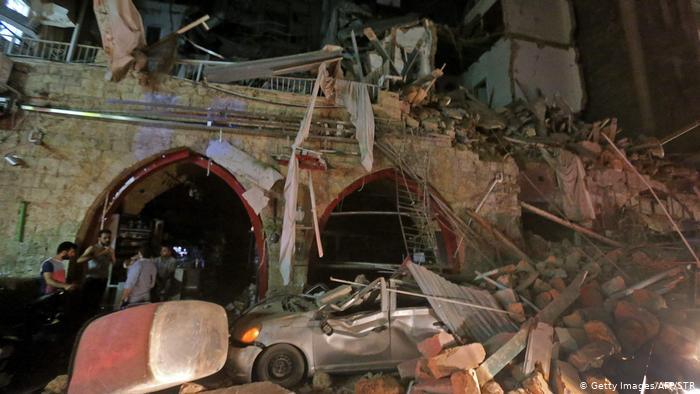 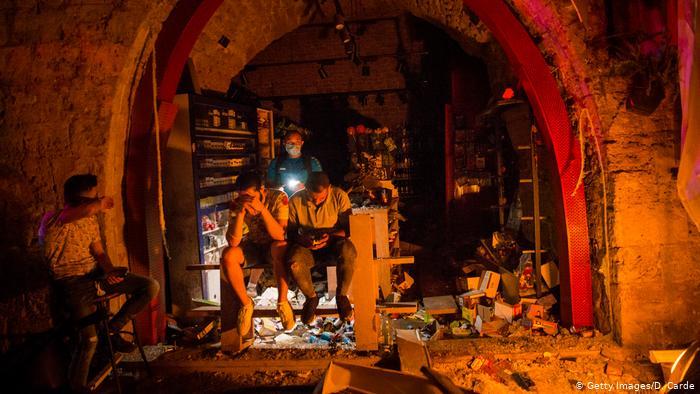 What are non-sectarian people in Lebanon asking for?

Salloukh: What they want is an independent cabinet with additional constitutional powers. They want a cabinet that can negotiate with the international community, particularly the IMF and the World Bank to agree on a sensible set of reforms: the kind of reforms that would not hurt the poor in society, but that would actually bring corruption and public spending under control, thereby opening the door to the kind of financial aid that would enable the country to get back on its feet again.

On Sunday, 36 country representatives came together in a virtual donor conference and pledged around 250 million euros in financial aid to Lebanon. At the same time they made clear that the money would be contingent on reforms. What impact can the international community have?

Salloukh: It seems to me that President Macron on his trip to Beirut a couple of days ago supported the idea of a national unity cabinet. The entire political elite would have to be represented in this cabinet in order to jointly agree on reforms. Such reforms should help to open the door to outside help – in exchange for some new geopolitical ground rules.

I do not think the international community is really interested in Lebanon going through another power sharing pact. We heard from the Americans and from the French that they are interested in implementing the kind of reforms that would address the roots of the financial and economic crisis in Lebanon: the independence of the judiciary, curbing corruption, ensuring that the state can receive taxes, maybe floating the currency.

They are also interested in negotiating some kind of a geopolitical pact between Hezbollah and Israel, probably under the supervision of the Americans and the French that would stabilise what increasingly is becoming a very volatile situation – primarily owing to Hezbollah’s weapons arsenal and Israel's determination to destroy any kind of high-precision missiles Hezbollah might have. 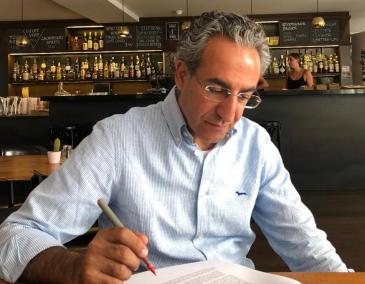 One argument for the power-sharing along sectarian lines is that it guaranteed stability after the civil war (1975-1990), when there was only an amnesty law and no real peace between the religious groups on the ground. So would this stability not be threatened through a new power-sharing pact?

Salloukh: We need to distinguish between two conflicts that are taking place concurrently: one within the political system, between the different sectarian parties, and one between this system and those who say: that system is dead. They are the ones who ask, "Where is the political stability? Since 2005, there has been nothing but crisis after crisis."

Bassel Salloukh (52) is associate professor of political science at the Lebanese American University.

November 2022 sees the Arab world firmly in the spotlight with the COP27 in Egypt and the FIFA World Cup in Qatar. Public trust in MENA governments is weak, thanks to their ... END_OF_DOCUMENT_TOKEN_TO_BE_REPLACED

"You are not my guide... I am the compass. Iranian women have spoken, freed themselves, and unleashed a revolution despite smelling death. They have cut their braids in anger; ... END_OF_DOCUMENT_TOKEN_TO_BE_REPLACED

In “The Wrong End of the Telescope”, Rabih Alameddine draws us away from the headlines and into the personal story of one individual. Mina is complex, compelling and very real. By ... END_OF_DOCUMENT_TOKEN_TO_BE_REPLACED

How are comic book artists in the Arab world responding to the political situation in the region? Lena Bopp talks to illustrators Lina Ghaibeh and George Khoudry about young ... END_OF_DOCUMENT_TOKEN_TO_BE_REPLACED

The clashes in Baghdad between supporters of Muqtada al-Sadr and pro-Iranian militias show that an intra-Shia power struggle is in full swing. An analysis from Cairo by Karim El- ... END_OF_DOCUMENT_TOKEN_TO_BE_REPLACED
Author:
Julia Neumann
Date:
Mail:
Send via mail

END_OF_DOCUMENT_TOKEN_TO_BE_REPLACED
Social media
and networks
Subscribe to our
newsletter