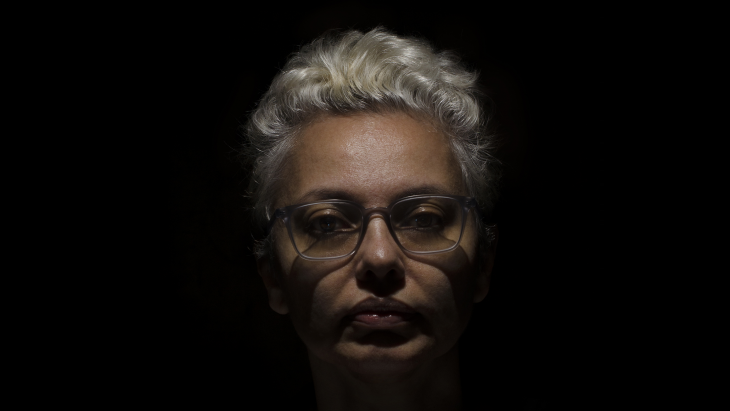 One of the most relevant Malaysian artists of her generation, Yogyakarta-based Nadiah Bamadhaj uses sculpture, drawing, collage and video to challenge the restrictive societal norms in Southeast Asian countries and explore body politics. Interview by Naima Morelli

In Bamadhaj's latest 2019 show – "Lush Fixations" – at the Richard Koh Fine Arts gallery, she celebrates the body in defiance of the rise in religious conservatism in Indonesia and the general hypocrisy regarding human rights on the international scene.

Nadiah Bamadhaj: Prior to working on Lush Fixations 2019, I was working on a series called Dreaming Desire 2019. Having recently hit my 50s and with the onset of menopause – which hasn’t happened yet, but everybody my age keeps joking about it – I was contemplating my own sexuality in transition. Lush Fixations evolved from this, but with a more political message, responding to living in contemporary Indonesia with all its political obsessiveness about sexuality.

There is a famous quote that “everything in the world is about sex, except sex. Sex is about power."  In “Lush Fixations” you highlight this reality, but you also celebrate the body. How did you manage to knit these different aspects together?

Bamadhaj: It is undoubtedly true that most of our interactions in daily life allude to sex and sexuality. What Lush Fixations does is represent sex through the body and bring it to the forefront of engagement within a sterile gallery setting. I must admit, even I felt rather confronted to see these works outside my studio. 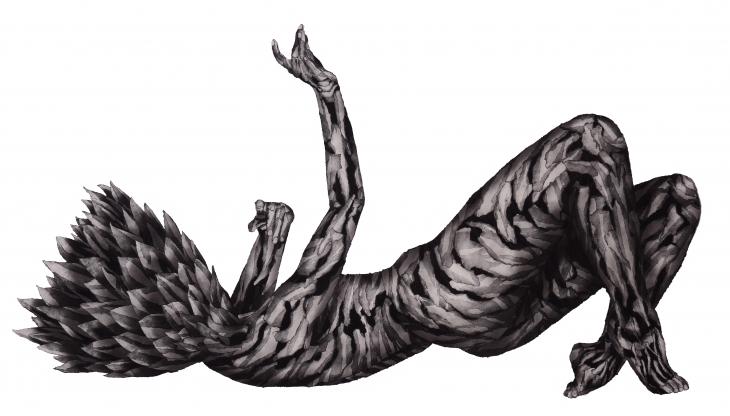 Reflecting the growth in religious conservatism: "this year was the first time I saw an 18+ restriction on art installations in the Jogja Biennale, most of which were about sex and sexuality. For one of the most dynamic art cities in Southeast Asia, this is not only a crying shame, it is a clear sign that the art scene is bowing down to the increase in religious control over modes of expression in Indonesia," says Bamadhaj

I agree that 'sex is about power', but that power is not binary. The power dynamics in sex are varied, multi-faceted, diverse and constantly being negotiated back and forth between all kinds of people. I don’t believe, however, that Lush Fixations delves in that deep. The drawings on the wall are sexual and, I hope, a celebration of all genders.

In your exhibition the use of plants emphasises the overtness of sexuality; the fact that – minus the story – it is something natural and neutral in and of itself. You write that, for you, the lush plants in your drawings are "sexual, not fertile". Could you please explain the difference?

Bamadhaj: For me, it’s important to draw a clear line between sexual and fertile. Not all sexual expression should be about the propagation of the human species. Sex should be a form of communication, connection and pleasure that is distinct from fertility. There is however a strong culture of shaming attached to sexuality that is divorced from fertility, which is one reason why LGBTQ communities are given such a hard time.

How does this constant negotiation of control over people’s bodies affect women and men, especially in Indonesia?

Bamadhaj: I can’t speak for all women. I am in the lucky position of being a cisgender person within an Indonesian heterosexual marriage, which naturally comes with societal and family acceptance, as well as various privileges. 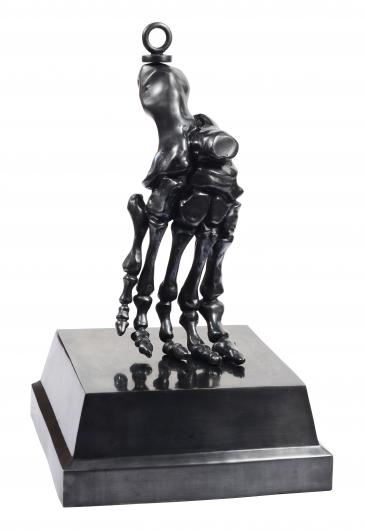 Criticisng the status quo: "the freedom to negotiate consent develops within an environment or culture that talks openly about sex, that promotes sex education, that encourages discussion on sex between parent and child, and that supplies non-judgemental sexual health clinics and counsellors"

Indonesia is a secular state, despite owning a national doctrine dominated by the 'belief in God'. Thus, despite the inherent contradiction, most expressions of life experiences are tagged with religious greetings and 'God willings'.

For women, this belief is expressed primarily in appearance – they wear the hijab. As well as societal expectations regarding how women should present their bodies, there is also a whole litany of laws and regulations as to what women are allowed to do with their bodies.

By 2022, revisions to Indonesia’s Criminal Code mean that sex outside marriage, cohabitation, contraception for under-18s and abortion in the event of rape will all become illegal. The Criminal Code is merely a reinforcement of expectations that already exist within Indonesian society.

Men on the other hand are finding polygamy to be an increasingly tolerated loophole in the social fabric. With the rise of patriarchal religious revivalism, the pro-polygamy debate has started to gain a foothold in Indonesia.

What was shunned 20 years ago is now openly practiced, with celebrities and politicians leading the way. Regardless of the emotional damage inflicted on their wives and children.

The debate in the western world is dominated at the moment by the idea of female consent and desire. Is it possible for an Indonesian woman to negotiate desire and consent to the same extent?

Bamadhaj: I would say the question is rather how does an unmarried Indonesian woman negotiate sexual desire and consent when the act is illegal?

The freedom to negotiate develops within an environment or culture that talks openly about sex, that promotes sex education, that encourages discussion on sex between parent and child, and that supplies non-judgemental sexual health clinics and counsellors.

Being able to say ‘No’ midway through a sexual encounter, or insisting on condom use are skills that are taught. Such a culture of openness means there is a chance of countering rape culture, where issues of consent are blurred and contested, and sex without consent is denied and blamed on the victims, most of whom are women.

As religious groups are seizing increasing power in in Indonesia, Malaysia, and Brunei, issues relating to sex and sexuality are being brought to the forefront the political discourse. Do you feel this is having an impact on artistic freedoms? And against such a backdrop, how hard is for you to go against the grain?

Bamadhaj: This year was the first time I saw an 18+ restriction on art installations in the Jogja Biennale, most of which were about sex and sexuality. For one of the most dynamic art cities in Southeast Asia, this is not only a crying shame, it is a clear sign that the art scene is bowing down to the increase in religious control over modes of expression in Indonesia. Despite being about my experience of Indonesia, it was impossible to exhibit Lush Fixations there owing to the increasingly repressive conditions.

You have worked for years in a shelter for trans- and cis-gender people in Indonesia. How has this experience influenced your art?

Bamadhaj: My work at the transgender-run shelter for people living with HIV has been the inspiration for several series of works since 2018, including Lush Fixations. My exposure to issues of sex and sexuality of people with different genders and sexual orientation, and the stigma and shaming they face, has encouraged me to do more reading and research on the subject, the ideas of which have made their way into my work. I have met some amazing, resourceful and resilient people at the shelter, and I’m better off for it, not only as an artist, but in my life in general.

The Prophet Muhammad never executed anyone for apostasy, nor encouraged his followers to do so. Nor is criminalising sacrilege based on Islam’s main sacred text, the Koran. In ... END_OF_DOCUMENT_TOKEN_TO_BE_REPLACED 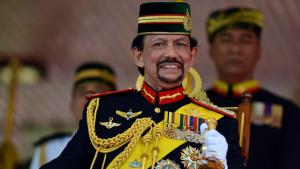 The introduction of Sharia in Brunei

The tiny sultanate of Brunei is the first country in South-East Asia to officially impose Islamic Sharia law at national level. Roxana Isabel Duerr considers what this means for ... END_OF_DOCUMENT_TOKEN_TO_BE_REPLACED
Date:
Mail:
Send via mail

END_OF_DOCUMENT_TOKEN_TO_BE_REPLACED
Social media
and networks
Subscribe to our
newsletter