Mariz Tadros is an expert in development, gender and participation from Egypt. Martina Sabra talked to her about the importance of legal reform for Arab women and about the strategies of Arab women's organisations to overcome discrimination and gender-based violence in Arab countries 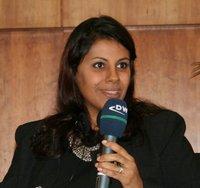 "The way in which religion has been instrumentalised and politicised to undermine women's rights is a major hindrance," Mariz Tadros says

​​Dr. Tadros, the front cover of a recent publication of Germany's Agency for Technical Cooperation about women's rights in Arab countries shows a group of women rowing together on the River Nile in Cairo. Some of the sportswomen are veiled, some are not. Are Arab women really sitting in the same boat?

Mariz Tadros: They are in the same boat in terms of opportunities, work, education and many of the societal norms. A veiled woman is likely to be harassed in the street in the same way as an unveiled woman. Of course, there are differences in class, religion and ethnicity. There is a massive problem with economic discrimination.

Women who are marginalised by virtue of being poor often also lack the social and political capital to establish the kind of networks that would help them to improve their legal situation. Women workers have been largely marginalised because of the absence of strong unions. So poverty definitely has had a very strong impact on the kind of discrimination they have been exposed to. Of course, poverty also strikes men. But women are affected in a particular way.

Could you give us an example?

Tadros: For example, if women or girls are married under sixteen, in Egypt this is a violation of the law. The idea behind the law is that you are protecting the rights of the child. In principle, this idea does make sense. But if families are so poor and so desperate, they are likely to convince their young daughters that it is in their interest to marry. In these cases, it is very easy to change ID cards in order for girls to get married at the age of 13 or 14, while the personal documentation they use indicates that they are 16. 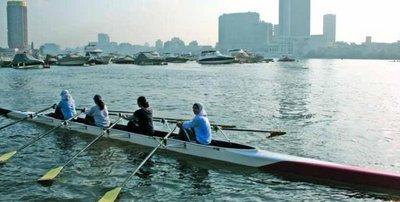 In the same boat: Women who are marginalised by virtue of being poor often also lack the social and political capital to establish the kind of networks that would help them to improve their legal situation, explains Tadros

​​For many families this is a way of trying to cope with poverty – passing the "burden" on to somebody else. We need more structural changes, we need to know why these people are poor, why unemployment is increasing so desperately, why the educational system is failing to deliver. So I think gender issues should not be dealt with in a piecemeal manner, but we should identify the structures behind the inequalities and try to deal with them in a more systematic way.

Arab women's organisations are more and more strongly advocating legal reform, as a means to create more equality between men and women before the law. Is this an adequate strategy to strengthen women's and girls' position in society?

After 2001, German development institutions multiplied their efforts to integrate Islamic values and Islamic social structures, in order to improve the impact of development projects in countries with predominantly Muslim populations. In Yemen, Germany's Agency for Technical Cooperation, GTZ, supported local NGOs that advocated an enlightened, more egalitarian re-reading of the Islamic texts. Do you think this is a viable strategy for Arab women, to call for a reformed Islam in order to achieve more equal rights for men and women?

Tadros: Dealing with religion as an area where you have to contest patriarchal perceptions is important. Especially for those who think that this is part of their social justice agenda. On the other hand I think we have to be very cautious about the limitations of the prospects of change happening as a consequence of reinterpreting texts. 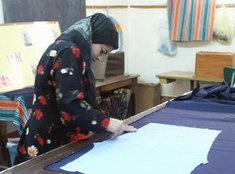 Mitigating the negative implications of family law: Arab and Muslim Women have consistently contested the patriarchal legal system and the discriminating personal status laws throughout history

​​Reinterpreting texts is important in its own right. But it's not necessarily always the most successful framework for activism, nor is it necessarily most conducive to promoting women's rights. Obviously there are certain areas where there is a diversion in viewpoints on women's rights, where you can try and seek the more moderate perspective, the more moderate opinion. But other cases are more problematic.

For example, there is a consensus among all four schools of Islam, including the relatively progressive Hanafi school, that women who convert from Islam should not be given custody of their children. So there are limitations to how much you can achieve through a religious framework.

Nevertheless, some legal reforms that have taken place within Islamic frameworks during the last years are considered success stories, for example the introduction of the Khula divorce in Egypt.

Tadros: Yes, but still it depends very much on the context. If you take the case of Egypt, the Egyptian law says that in mixed marriages Islamic law automatically applies, no matter whether the man or the woman is a Muslim. In autumn 2008, we had a case where a Christian husband had converted to Islam, while his wife had remained a Christian. They have two sons, twins aged fourteen.

Although the reformed article 20 of the Egyptian personal status law grants a divorced woman custody over her sons until the age of 15, in this case the wife was denied custody, probably because the judge assumed that the husband had the "better" religion and therefore should be able to raise his children according to Islam. So, the wife was denied custody of her children not because of a backward interpretation of Islam, but because she was a Christian.

Actually, the woman appealed and was granted custody of the boys in summer 2009. But from the point of view of the Egyptian authorities, the boys remain Muslims, although they want to be Christians.

Which is a violation of a basic human right, the freedom to choose one's own religion. Would you support a clearer separation between the state and religion in Arab countries?

Tadros: Absolutely. We value religion as a social force where people find spirituality and comfort. This is not to undermine religion. But the way in which religion has been instrumentalised and politicised to undermine women's rights is a major hindrance. The more we move towards separating religion from its institutionalised form in the state, the better chance we have to create frameworks that are more responsive to women's rights.

That does not mean we will change reality in a day or two. You still need sustained efforts, eliciting social change, within a wider framework of genuine economic and political change. But it would certainly reduce or undermine the prospects of using religion instrumentally against women.

So in your opinion, Arab and Muslim women's emancipation does not depend so much on a more egalitarian re-reading of the Islamic texts, but rather on the application of human rights, equality and democracy. What should Arab governments do to push gender equality forward?

Tadros: I think the state has to take a clear stand. We need a state that recognises, advocates and shows its commitment to gender equality. Otherwise the state is legitimising gender-unequal citizenship. To abolish that, we need reforms of the laws that discriminate against women. Legal reform proves an excellent framework for activism and achieving social change. However, legal reform cannot be effective if you don't combat social injustice at the same time. There are too many social injustices which hinder people and women in particular from using their rights.

Mariz Tadros did her PhD at Oxford University in 2004. Her former position is Assistant Professor of Political Science at the American University in Cairo. She is currently fellow at the University of Sussex, England.

END_OF_DOCUMENT_TOKEN_TO_BE_REPLACED
Social media
and networks
Subscribe to our
newsletter