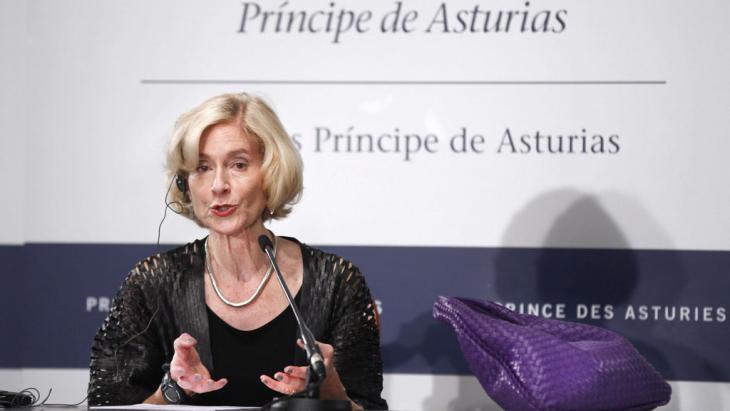 Martha Nussbaum is one of the best-known American philosophers of our time. Her book: The New Religious Intolerance. Overcoming the Politics of Fear in an Anxious Age was recently published in German. Ceyda Nurtsch spoke to her

The title of your book is "The New Religious Intolerance". What is new about this particular intolerance against people of a different religion or does the "new" only relate to the US and not to Europe?

Martha Nussbaum: My book argues that in some respects this intolerance is not new at all: it shares many features of the longstanding intolerance of Jews and other minorities. And in the US I think there is very little that is new: we have always had floods of immigrants who look different and practice different religions, and in many ways the present situation shows less intolerance than did the period when floods of Catholic immigrants from southern and Eastern Europe entered the country.

In Europe, however, there really is a new situation. Given declining populations, nations have to import workers from elsewhere, and they are not emotionally and politically prepared for the confrontation with difference that this invitation brings with it. It's like a hostess who invites a lot of guests to a dinner and then is totally unprepared to deal with the real people who actually arrive.

You compare the experience of different social groups living together in US society with the situation in Europe saying that the US fares better – you speak of the "American solution". The reason for this, in your view, is Europe's "romantic idea" of an identity based on origin, language or culture. You argue that in the US, national affiliation is determined by shared "political ideals" and a "common political project". How useful is it to compare the situation in Europe and the US given the different historical conditions in dealing with migrants? To what extent can the US truly serve as an example for Europe? 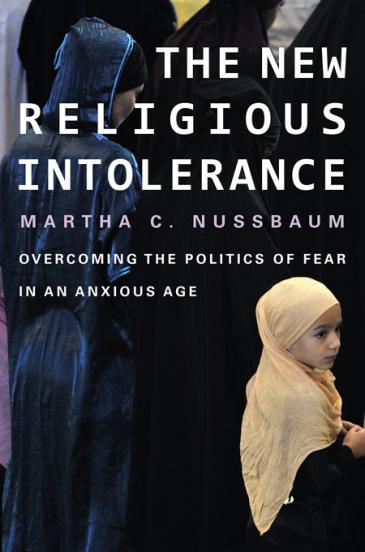 Martha Nussbaum: I think that the US was not so much virtuous as lucky. Given our history of being a nation of immigrants – apart from the native population, which was brutally suppressed for the most part – we never had the temptation of thinking of nationhood in ethno-religious terms, but always adopted a conception of the nation that focused on political ideals and encouraged immigration. That does not mean that we have not had to struggle with racism and ethnocentrism, but at least the very basic question "Who is an American?" has been answered in political terms. Europe, heavily influenced by romanticism, has tended to think of national belonging in terms of religion, language, blood, and culture. Change won't be easy. But change is necessary, because the romantic concept of belonging does not fit the reality of the present situation. And European nations have always seen that they have a choice: Ernst Renan's famous lecture at the Sorbonne in 1892, "What is a Nation?" rejected the ethno-religious definition in favour of the view that a nation is held together by common sufferings and common aspirations.  I do think that a visit to any US city, or indeed university campus, is a good reminder that people who dress weirdly in all sorts of ways dictated by their religion can live happily together on terms of mutual respect.

In your book you mention that in the US, some people who follow religious laws are perceived as standing in opposition to democracy. In Germany too, there has been a intense debate recently on the issue of Sharia courts. Should these courts not be regarded first and foremost as a plea to be noticed and accepted by the majority society? To what extent should they be tolerated?

Martha Nussbaum: There are really two separate issues here. I say that in the US there is strong encouragement, both social and legal, for individual people to live in accordance with their religious laws, so long as they do no harm to others. From the beginning of US law, there has been a practice of "accommodation" for different religious requirements. George Washington said that Quakers and Mennonites would not have to serve in the military; our drug laws have been heavily tailored to the religious requirements of Native Americans; people whose holy day is Saturday still get unemployment compensation if they refuse work that requires presence on Saturday. And so forth. 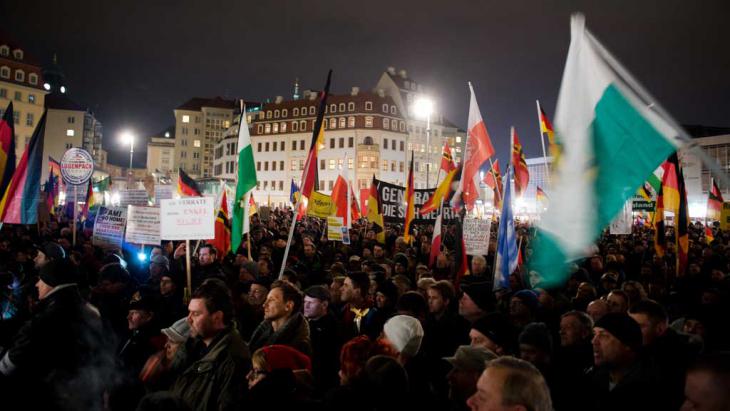 Stoking xenophobia and diffuse fears of social decline: The right wing populist "Pegida" movement has been holding weekly rallies in the city of Dresden since mid-October 2014. The demonstrators now enjoy the support of other right wing leaders in Europe such as Geert Wilders and Marine Le Pen.

However, what US law has persistently and rightly said is that religious groups may not take over any part of the law-making function of the state. Thus, when a Hindu sect tried to incorporate itself as a town in Oregon, they were found to violate our Establishment Clause, since a religious body cannot be a government. The same thing was true when a group of Hasidic Jews tried to form their own school district, within the public school system. This is a different issue from that of accommodating the needs of individual believers. Government must remain neutral and not religiously directed.

As for Sharia courts, Jewish marriage and divorce, and so forth: there is no reason why these should not exist as a supplement to the civil system. Thus, if someone feels the need to get a religious divorce in addition to a civil divorce, that is perfectly fine. With marriage, the US often conflates the two roles, in the sense that any clergy of any religion can perform civil marriages, but so too, of course, can neutral officers of the law, such as justices of the peace and judges. The trouble would come if a society substituted the jurisdiction of religious courts for the neutral and universal mechanisms of the state.  This creates a host of problems, as in India. People often do better or worse in some area of law depending on what religious system they are assigned to, and often, sad to say, the different religious systems compete to maintain control over women. Christian women in India won the right to divorce on grounds of physical cruelty only in 2001, long after all other women in India had that right. 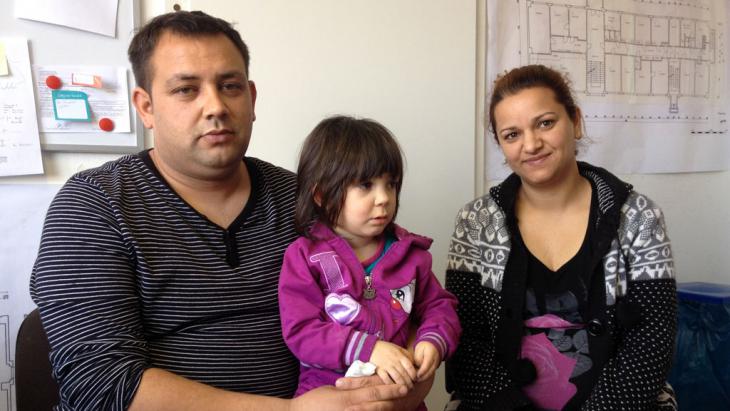 Persecuted Roma family from Serbia at a reception centre for asylum seekers in Meißen: "States are certainly entitled to set up reasonable and neutral rules for immigration, limiting the number of immigrants who enter. What seems to me totally wrong is to invite people in and then treat them as if they are a menace to society," says Nussbaum.

You argue the case for reviewing and overcoming the "narcissistic fear" of other groups in society. The reservations of the majority society in Europe are not only directed against religious groups but also groups such as the Roma, as recent polls have showed. How realistic is the approach you offer in light of the fear of a foreign infiltration of society by outsiders or of economic consequences, i.e. the exploitation of the welfare state by migrants?

Martha Nussbaum: States are certainly entitled to set up reasonable and neutral rules for immigration, limiting the number of immigrants who enter. What seems to me totally wrong is to invite people in and then treat them as if they are a menace to society. This happens because narcissistic fear and disgust have not been adequately combatted by political leaders.

In the US we still have a lot of racism, but through about 70 years of very taxing political work we have for the most part overcome the idea that black skin by itself is disgusting and loathsome. I really haven't studied the situation of the Roma in Europe, but I am sure that they suffer from stigma and irrational fear. Which rights they ought to have depends, I would suppose, on the individual case: are they legal migrants or illegal? Are they native-born or foreign-born? And so forth. Human rights courts need to settle these questions. But the social fear needs additional work. Unfortunately, some politicians see it as in their interest to increase fear of people perceived as different, and Europe is getting more and more problematic in that respect.  Even anti-Semitism is making an ugly comeback, although I was very glad to see Angela Merkel denounce it in the strongest and most unequivocal way.

Martha Nussbaum was born in 1947. She is a philosopher and a Professor of Law and Ethics at the University of Chicago. The focal point of her work about practical philosophy is the question of the good life. Her book "The New Religious Intolerance. Overcoming the Politics of Fear in an Anxious Age" was published in Germany in August 2014.

On 24 November 2019, the International Consortium of Investigative Journalists (ICIJ) – along with 17 media partners from 14 countries around the world – published the "China ... END_OF_DOCUMENT_TOKEN_TO_BE_REPLACED

The refugee crisis on Turkey's borders can only be resolved with a new EU deal. It should build on the current plan, but avoid its flaws, writes Ozgur Unluhisarcikli of the German ... END_OF_DOCUMENT_TOKEN_TO_BE_REPLACED

Children’s books shape the way we see the world as we grow up. In recent years calls have been growing for European publishers to reflect the increasing diversity. By Sonja ... END_OF_DOCUMENT_TOKEN_TO_BE_REPLACED

Germany and other member states of the European Union are for the first time making use of the so-called INSTEX mechanism to circumvent the sanctions imposed on Iran by the United ... END_OF_DOCUMENT_TOKEN_TO_BE_REPLACED

The coronavirus pandemic has disrupted social and economic life across the globe. But in the Middle East, authorities have coupled religious edicts with public health advice to ... END_OF_DOCUMENT_TOKEN_TO_BE_REPLACED

In the face of COVID-19, we need to admit the political mistakes of recent years and adjust our trajectory according to the compass of reality. People around the world – ... END_OF_DOCUMENT_TOKEN_TO_BE_REPLACED
Author:
Ceyda Nurtsch
Date:
Mail:
Send via mail

END_OF_DOCUMENT_TOKEN_TO_BE_REPLACED
Social media
and networks
Subscribe to our
newsletter