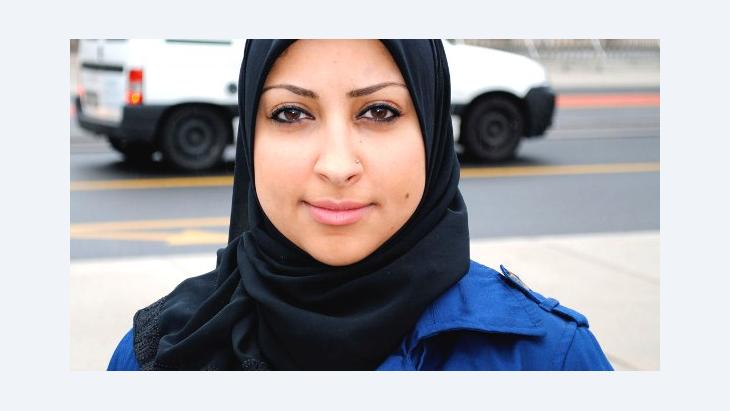 Interview with Maryam al-Khawaja
''Even if the men stop, the women will continue"

﻿In conversation with Azzurra Meringolo, the head of the "Bahrain Center for Human Rights" Maryam al-Khawaja reports on the repression of activists within the Bahrain democracy movement and how the regime is trying to portray the protests as a conflict between ethnic or confessional groups

At the end of September, 13 doctors and nurses who treated anti-government protesters during demonstrations in Bahrain earlier this year were jailed for 15 years for crimes against the state. Seven other medical professionals were given sentences of between 5 and 10 years by a special tribunal set up during the emergency rule imposed following the protests. What is the situation in Bahrain now?

Maryam al-Khawaja: The doctors' trial has been closely watched and criticized by human rights groups because of Bahrain's use of "special military tribunals", which have military prosecutors and both civilian and military judges, to prosecute civilians. Most of the medical staff worked at the Salmaniya Medical Centre in Manama, which was stormed by security forces in March after they drove protesters out of the nearby Pearl Square, the focal point of Bahrain's protest movement.

Since 2011, protests have never stopped and are held almost every day. But something has changed. What has changed is the Bahraini regime's self-confidence. Now they feel they have international immunity. They feel that, no matter what they do, they will not face consequences for their actions. This allows them to do whatever they want. 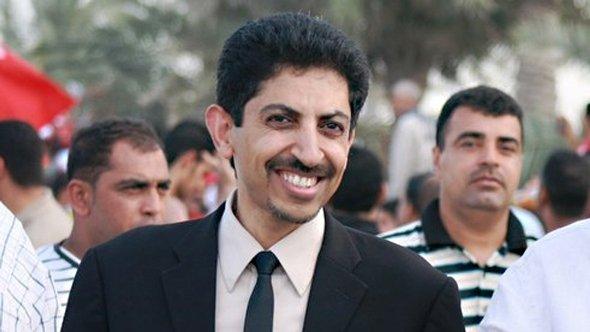 Abdulhadi al-Khawaja is one of the most prominent human rights activists. The Danish-Bahraini national is currently in prison. More than fifty human rights organization as well as the US government and UN Secretary General Ban Ki Moon appealed to King of Bahrain to release al-Khawaja

​​They are going against the most prominent human rights defenders. They would never have done this last year. Now they feel free to do what they want, because they know that, even if there are international statements, there are no consequences.

Your father, Abdulhadi Al-Khawaja, is one of Bahrain's most prominent human rights activists. After 12 years in exile, in 1999 he returned to Manama, but he is currently in prison, after the repression of pro-democracy protests. In July, Khawaja's longtime friend and collaborator, Nabeel Rajab, was arrested and detained for criticizing the country's leadership on Twitter and eventually charged with organizing illegal protests and sentenced to three years imprisonment. Your sister Zaynab, who runs the blog 'angry arabia', was also detained for participating in protests, and has run significant public risks in an effort to draw attention to the regime's brutality. What is their situation?

Al-Khawaja: In recent years, my father has been the subject of ongoing harassment, including physical attacks and smear campaigns in the media. He has often been tortured. While in jail he recently decided to start a hunger strike. Rajab was recently sentenced to three years imprisonment. Amnesty International too has asked for the release of opposition activists and prisoners of conscience. But it never happened. I am the only one in the family who is free to speak out since I am not in Bahrain, but in Denmark. If I were in Bahrain, I would be in their same situation.

Do you think anyone from your organization who tries to lead protests will also be silenced?

Al-Khawaja: They tend not to target everyone in the same way so that attention is not focused on one issue such as, for example, arrests. Said Yousif has already been arrested and released several times, and he's been beaten on the streets and that is without counting the threats he continues to receive.

Bahrain's Sunni royal family rules over a Shiite majority. There are those who say that Bahrain's protesters are taking orders from Iran, and others who argue that the Saudis are the ones who are supporting the regime. What is the role of Shiites and Sunnis in the popular revolt?

Al-Khawaja: Bahrain is not a Shiite country. Bahrain belongs to Bahrainis, and it belongs to all of them. But in many countries with repressive regimes, the government tries to divide the people on religious issues in order to control them. In Egypt, they tried to convince the world that there was a battle between Muslims and Copts. In Syria, they try to convince people that the Alawites are fighting the Sunnis, but this is not the case. 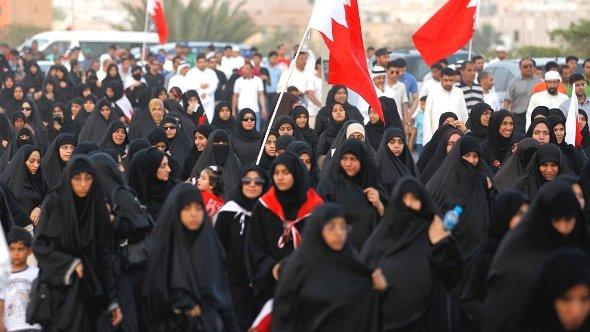 No reform in sight: According to a report by Amnesty International, the Bahraini authorities moved in the past months to unleashing further repression, culminating in October 2012 in the banning of all rallies and gatherings in the country in violation of the right to freedom of expression and peaceful assembly

​​In Bahrain, we have an oppressive regime against the people, no matter their religion. The regime wants to transform the revolt into a sectarian issue, but this is just for their benefit. It is not the truth. At the end of the day, if you are Sunni and you criticize the regime, you will be sentenced to prison and tortured. If you are a Shiite and you defend the government, you could become a minister. What matters does not depend on whether one is Shiite or Sunni, but whether one criticizes the government or not.

Could you give us a picture of activism in Bahrain?

Al-Khawaja: These protests showed that young people not only are active, but also really well organized. The protests were called for by young people using Facebook. They called for protests on February 14 because this date coincides with the 10th anniversary of the day the king unilaterally changed the constitution appointing himself as the highest authority in the country. In Martyrs' Square, the name protesters have chosen for the Pearl Roundabout after people were killed there, people do not know one another but have organized themselves in different groups. For instance one group came down to the Square and opened a media centre, another group volunteered to clean the streets during and after protests.

According to a recent study, Bahraini women are the most empowered in the Arab region. What role do women play in the uprising?

Al-Khawaja: They play a very important role. Sometimes, western observers think they do not play a leading role just because they stand in a different line from the men. But this is a cultural attitude. I do not think we should consider women as oppressed just because men and women protest in separate groups. Sometimes it is just more comfortable not to be stuck between two men. One of the goals of the Arab Spring is to remove western stereotypes. My favourite Arab Spring video is the one of a Bahraini woman wearing an abaya and writing graffiti on the wall saying: "even if the men stop, the women will continue".

Home
Print
Newsletter
More on this topic
Interview with Ali al-Jallawi: ''Bahrain Has No Future under This Government''Unrest in Bahrain: ''We are all Bahrainis; Not Sunnis, Not Shiites!''End of Reforms in Bahrain: Muzzling Critical Thought
Related Topics
Arab Spring, Arabellion, Democracy and civil society, Human rights, Sunni-Shia tension, U.S. policy in the Middle East, Women in the Islamic world
All Topics

Anger in the Middle East is spreading over comments made by an official of India's ruling BJP about the Prophet Muhammad, with various countries summoning New Delhi's envoy and a ... END_OF_DOCUMENT_TOKEN_TO_BE_REPLACED

Women's empowerment in the Gulf has become a tool of deflection, rather than a genuine effort to promote women’s full and equal participation in society. By Mira Al-Hussain END_OF_DOCUMENT_TOKEN_TO_BE_REPLACED

A straightforward message emerged from last week’s meeting in the Negev desert of the foreign ministers of four Arab countries, Israel and the United States: Israel is key to the ... END_OF_DOCUMENT_TOKEN_TO_BE_REPLACED

Hamburg lawyer Eugen Balin is a member of the World Jewish Congress' Jewish Diplomatic Corps. At the end of 2021, a delegation of the Corps visited the United Arab Emirates, which ... END_OF_DOCUMENT_TOKEN_TO_BE_REPLACED

A number of Arab League member states have announced in recent weeks that they intend resuming relations with the Syrian regime. A potential invitation to the Arab League summit ... END_OF_DOCUMENT_TOKEN_TO_BE_REPLACED

The catastrophic human rights situation in Bahrain is being largely ignored by the rest of the world. Despite all the damning evidence, which includes a Human Rights Watch report ... END_OF_DOCUMENT_TOKEN_TO_BE_REPLACED
Author:
Azzurra Meringolo
Date:
Mail:
Send via mail

END_OF_DOCUMENT_TOKEN_TO_BE_REPLACED
Social media
and networks
Subscribe to our
newsletter