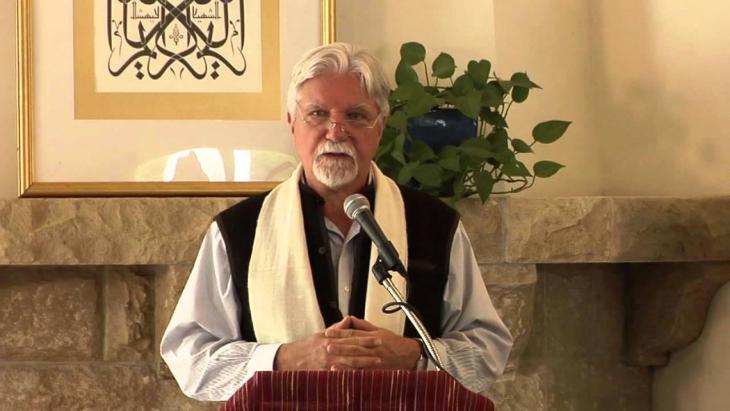 The U.S. American and Mevlevi sheikh Kabir Helminski is founder of the international ″Threshold Society″ and one of the most important Sufi teachers in the West. Marian Brehmer talked to him about the role of Sufism in the modern world and the dangers of religious extremism

This March, you took part in the first World Sufi Forum in Delhi, an international gathering of sheikhs and Sufi scholars. What was the idea behind this get-together?

Kabir Helminski: The Sufi Forum was a historic event held in a place that is important to world peace, namely India. The Forum was conceived with the idea of bringing Sufis from all over the world together. Sufis live around the globe, but they don′t know each other and haven′t yet discovered a common sense of solidarity. We usually meet in small circles and tend to think of ourselves as a minority in today′s world. But in fact there are tens of millions of Sufis around the world. I feel it is important for Sufis to get know and learn from each other.

What makes a Sufi?

Helminski: Strictly speaking, a Sufi is someone who is committed to an order and a teacher. But we can also call those ″Sufi″ who are Sufi in temperament or Sufi-inclined, who are at home in Sufi thought and teaching. There are hundreds of millions of them in India and Pakistan alone. We can only guess at the number of Sufis who are actually engaged in Sufi practices in an organised way today. But we have records from 19th century Istanbul where about 10 percent of the population had some kind of affiliation with Sufi orders. That would mean there were practicing Sufis in virtually every family.

Why do we need a global alliance of Sufis today? 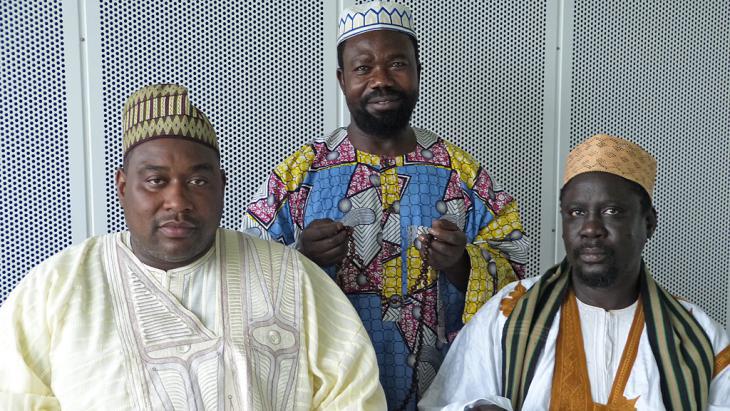 "Sufis live around the globe, but they don′t know each other and haven′t yet discovered a common sense of solidarity": members of the Tijanyya Sufi order from Senegal

Helminski: Today there is so much propaganda and misinformation about Sufism in the Islamic world. This misinformation has been spread by organisations associated with Salafism, Wahabbism and the Muslim Brotherhood. They have attempted to marginalise Sufism and in the process they have distorted the nature of Sufis. Adherents to these groups do not understand Sufism themselves. That is why their critique is an imaginary criticism of Sufism, based on stereotypes they themselves have invented. It is important today that Sufis themselves can offer clarification about the values and purpose of Sufism; both to combat the misinformation and distortions that have been propagated – often with the help of great financial resources – and to present Sufism as the heart of Islam, as a teaching and view of the world that unites humanity and also makes a fundamental contribution to the development of human beings.

″Sufism″ is a term associated with many different traditions and practices. How would you define Sufism?

Helminski: Sufism is principally a process of human development that takes place with the support of divine grace and inspiration. Sufism views human development as a partnership between heaven and earth, between the divine and the human. From a Sufi perspective we can only reach our full human development through higher consciousness and spiritual love. This is a message that is universal, even though the language and practice of it are essentially Islamic. The Islam of the Sufis, however, is not a narrow, but a very broad Islam.

As a sheikh belonging to the Mevlevi Order, you have also translated sections of the works of Rumi. How important is Rumi to Sufism? 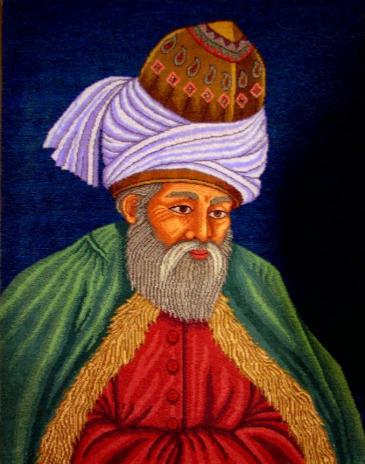 Pioneers of academic Sufism: many of the ideas promulgated by the great mystics such as Jalal ad-Din Rumi, Omar Khayyam or Fariduddin Attar arrived in Europe through contact between the Islamic and the Christian worlds in the crusader states, Norman Sicily and the Iberian Peninsula, influencing many of the Occident′s great historical figures as a result

Helminski: Jalaluddin Rumi, through whom many people have come to experience Islamic spirituality, is a great example of this broad Islam. Many find his message very universal and easy to accept, because it′s a message that focuses on the most positive elements in the human being, rather than focusing on sin and punishment, as is all too common in any of the mainstream religions. In Rumi, we find a creative intelligence that operates in the context of the Koranic revelation, but expresses itself with extraordinary creativity and freedom. Over the centuries, Islam, which began as a force of freeing the human imagination, has become more and more dogmatic and anti-imagination. Rumi is an example of how one can live creativity within the context of the universe described by the Koran.

How can Sufism be a force that contributes to world peace?

Helminski: Those who initiate and perpetuate violence in the name of sectarianism, under any rationale, exist at a very low level of human development. They′re living in an illusionary reality in which they feel compelled to create enemies and divide humanity. The struggle for the soul of Islam is a struggle between levels of consciousness. Any religion can be taken over and made toxic by egoism. Then it becomes a weapon and a tool for divisiveness. Sufism is about raising the consciousness of humanity and healing the hatred and fears that sometimes arise in the human ego. The remedy is love and consciousness. Sufism helps people to step out of the compulsions of hatred, mistrust and resentment. We may not be able to transform those who are the most hateful. But we can reduce their influence by helping humanity to be less suggestible, less manipulated by the psychopaths who are sometimes the loudest voices.

What kind of interfaith initiatives have you been involved in?

Helminski: I draw a distinction between ″interfaith″ and ″interspiritual″. In most of the interfaith events I′ve witnessed, participants were talking about their different beliefs and practices, trying to understand and tolerate each other. Such a dialogue is usually limited to intellectual engagement. I am more interested in ″interspiritual″ dialogue. What I mean by ″interspiritual″ is a gathering of practicing mystics from various traditions. When such people come together there are no arguments and no disagreements. We find that we have an extraordinary amount in common. This realisation is extremely rewarding. I have been at gatherings with Buddhist, Hindu, Jewish, Christian and Sufi spiritual practitioners. We taught together, compared our systems and experienced each other′s practices. In these gatherings I experienced how elements of Sufism were embraced by people from the other traditions. It confirmed for me that there is a completeness about Sufi teaching. It is fully integrated with life, with our humanity.

For years we have been experiencing waves of Islamophobia in the West. The migration of refugees to Europe has brought bias against Islam to a new level. How can Sufis react to this challenge? Can Sufism play a role in countering these images?

Helminski: First of all, if the Europeans can embrace these refugees compassionately and generously, they are doing something great for world peace both locally and globally. They become an example of altruism, contributing to peace and understanding. Some Islamophobia may be seen as a reaction to a deviant form of Islam. We need to acknowledge that this is not traditional Islam. The values of traditional Islam are essentially in harmony with the best values of Western civilisation.

Islam basically teaches human brotherhood, freedom of religion and conscience, altruism, generosity, hospitality, forgiveness, compassion, truth and justice. There is a very important verse in the Koran: The word of your Lord is fulfilled in integrity and justice. Thus, every Muslim is called to truthfulness and fairness. It is important to remember that Islam possesses these values. The demonisation of Islam has been made possible because a deviant form of Islam has been propagated. It has grown and spread like a cancer and hopefully we will find the remedy for it. But the remedy is certainly not hatred or prejudice. Obviously, the refugees coming to Europe are not examples of this corrupt Islam. The people driving them to Europe are an example of it. This is especially true for Syrians, who are such lovely people and very West-oriented.

Despite what heads of state may claim, the Russian attack on Ukraine is not a wake-up call for a self-confident Europe that defends its values. The war is accelerating the decline ... END_OF_DOCUMENT_TOKEN_TO_BE_REPLACED

At the EU's outer borders, the right of migrants to a fair asylum procedure continues to be systematically disregarded. Take Greece, for example: in the worst case scenario, those ... END_OF_DOCUMENT_TOKEN_TO_BE_REPLACED

Madrid's about-face on the Western Sahara conflict has enraged Algeria. Trade relations have been frozen unilaterally and a cut in gas supplies to Europe could be in the pipeline ... END_OF_DOCUMENT_TOKEN_TO_BE_REPLACED

Mourad al-Marouai was just nine when a landmine killed him on a beach in war-torn Yemen, a tragedy that will haunt his family forever. After a swim, the little boy "suddenly ... END_OF_DOCUMENT_TOKEN_TO_BE_REPLACED

A ceasefire has been in effect in Libya for the past year and a half. Yet after Russia's attack on Ukraine, another proxy war looms in Africa's most oil-rich country. Mirco ... END_OF_DOCUMENT_TOKEN_TO_BE_REPLACED

The Ukraine war has seen energy prices spike with oil producers in the Middle East making more money than ever. But will it put the brakes on long-planned reforms to diversify oil ... END_OF_DOCUMENT_TOKEN_TO_BE_REPLACED
Author:
Marian Brehmer
Date:
Mail:
Send via mail

END_OF_DOCUMENT_TOKEN_TO_BE_REPLACED
Social media
and networks
Subscribe to our
newsletter