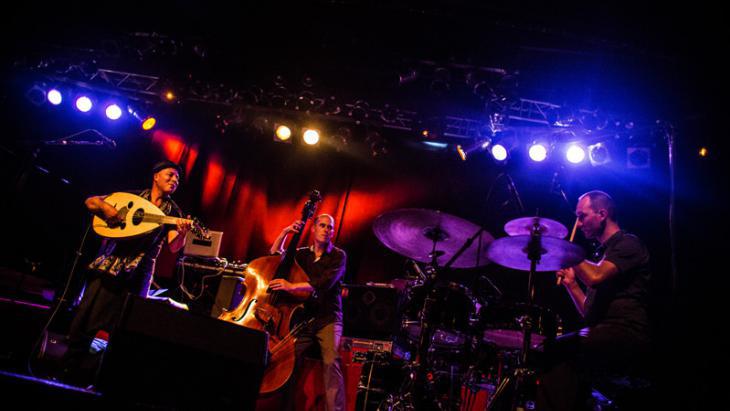 The Osnabruck Morgenland Festival has acquired a reputation for top-class Oriental music. Marian Brehmer spoke to the festival's founder, Michael Dreyer, about the challenges of organising the annual festival, and how un-political a festival of the Orient can be

This year, the Morgenland Festival is celebrating its ten-year anniversary. Has the festival become a full-time job for you now?

Michael Dreyer: Every festival is extremely complicated to organise. Just getting the visas for the musicians is a huge job, every time. The fact that the foreign minister is our patron does help. This year, the day before the first musicians arrived for rehearsals, we were already having to send off the grant applications for the eleventh festival. In practical terms, that means the programme for the next festival has to be fixed more than a year in advance. At the same time, after each festival, we spend weeks doing the accounts. In the early years of the festival, there was also a lot of travelling, when I was getting to know the music scene in the Orient – to places like Syria, Iraq, Azerbaijan, Iran and China.

You're a concert guitarist yourself and you own a record company. How did the idea for this festival come about in the first place?

Dreyer: I moved to Osnabruck in 2002. My girlfriend at the time was very active in inter-religious dialogue in the city so that meant there was always a Koran and a Bible next to our bed. For a long time I wondered why our coverage of the Orient featured so few civil society topics.

Take music, for example. Our musicologists hardly look at the region. I mean, how many people know they have jazz in Syria? The stereotypes we see in the media are constantly reproduced. Let me tell you an anecdote: once, when I was in Syria with "Spiegel", they were adamant they wanted a picture of me next to a woman in chador. I refused. Still, I get the sense that this has improved a little in the last few years. 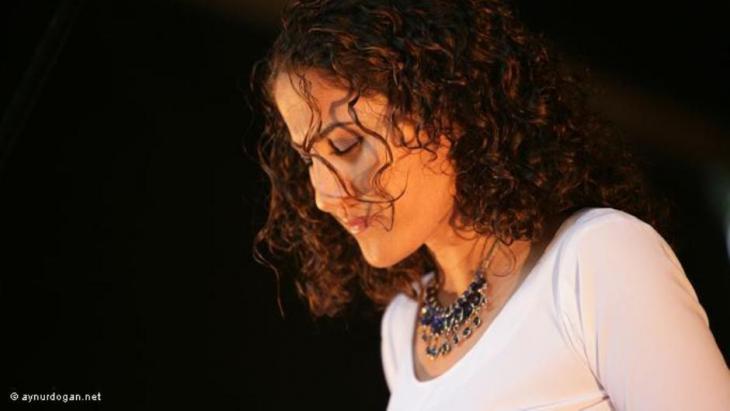 Aynur Dogan. "The Morgenland Festival's YouTube channel gets 3,000 visitors a day. In total, we've had 2.5 million views so far. Many of the visitors come from the Orient. A video of Aynur Dogan, one of our regular guests, got 3,000 "views" within ten hours," says festival founder Michael Dreyer

The Morgenland Festival has become known in Germany for its pioneer projects and has also established itself internationally as a fixed point in the Oriental music scene. How did you do it?

Dreyer: The thing that convinces people is the quality of our musicians. For me, a good example is the Azeri singer Ali Qasimov, who has appeared at the Morgenland Festival several times. He's a real musical phenomenon. Over ten years, we've built up an enormous archive, with around 100,000 photos and many hours of audio and video recordings. The Morgenland Festival's YouTube channel gets 3,000 visitors a day. In total, we've had 2.5 million views so far. Many of the visitors come from the Orient. A video of Aynur Dogan, one of our regular guests, got 3,000 "views" within ten hours. And that also tells you how well organised the Kurdish community is.

In the ten years of the festival's existence, have there also been challenges that have brought you to the edge of despair?

Dreyer: The Osnabruck Symphony Orchestra's performance in Iran in 2007 was particularly complicated. This back-and-forth with the "Ershad" (The Iranian Ministry of Culture and Islamic Guidance), about whether we were actually going to be allowed to perform, was a nightmare. We had to pull all kinds of strings. But you can also look on it all as an exciting game.

The Morgenland Festival doesn't regard itself as a political festival, but how difficult is it to keep politics out of your work?

Dreyer: Of course, it's not always easy. After my project with the Tehran Symphony Orchestra, an envoy from the Israeli embassy suddenly turned up at my office one day with his bodyguards. They wanted to talk to me, they said, since I was doing a lot of work with Iran. The envoy told me we had to isolate Iran completely, so the people would revolt against their government. I replied that I was a music producer and organised festivals. I then tried to explain to him that there were a lot of similarities between young people in Tehran and Tel Aviv, and they actually wanted exactly the same thing. We always wanted to show that at the festivals. For example, we gave young people from Baghdad and Tehran cameras, so they could document their everyday lives. 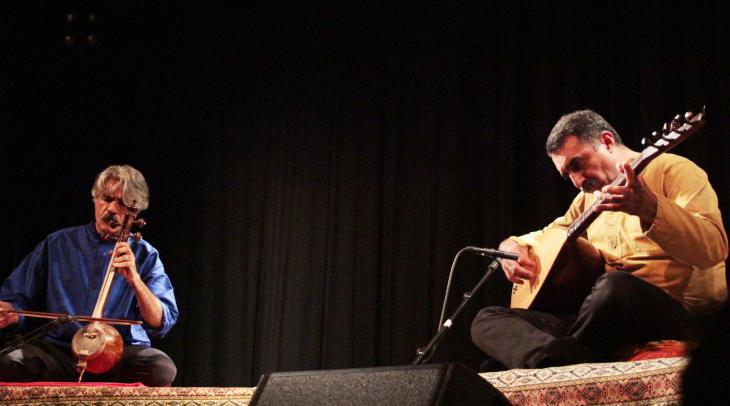 Have you ever been taken unawares by world events when planning the festival?

Dreyer: In 2008, when we performed the St John Passion by Johann Sebastian Bach in Tehran for the very first time, Mir Hossein Mousavi was the director of the concert hall we were performing in. A year later, when we showed the film of the performance for the first time, the protests over the presidential elections were just starting in Tehran. I knew then that for the time being, there wouldn't be any projects with Iran. Then for a few years we had an exchange with a school in Nazareth. But twice, the escalation of the situation in the Middle East put a spanner in the works, and in the end we had to discontinue the school exchange.

Do you have a musical favourite among the countries you work with?

Dreyer: Iran, of course, is fantastic in every respect – a great cultural nation. But Azerbaijan has also made a really deep impression on me. This little Shia nation has such a strong musical identity. Hardly anywhere else is the classical system of maqam and mugham developed with such complexity as in Azerbaijan. It runs through all the musical styles in the country, from classical to jazz.

For me, a musical high point was 2009, when we had incredible guest singers like Ali Qasimov and Ibrahim Keivo. I thought: I could actually stop now. But here we are at the tenth Morgenland Festival. And this year, every evening was so moving that I would really like it to go on like this for another few years – even if I do need a sabbatical ...

After ten years of the Morgenland Festival, do you have the sense that you've achieved your goals?

Dreyer: Of course, we're not going to immediately make the world a better place through music. And I'm kind of allergic to empty phrases like "building bridges". But in a way, that is what we're trying to do.

In ten years, we've reached a lot of people and broken new ground. The Morgenland Festival has become a centre for musicians from the region. Musicians from Beirut and Damascus meet here, even though they live less than 100 kilometres away from each other. All the musicians value the festival's friendly atmosphere. For example, when Kinan Azmeh rides around Osnabruck on my bike, and Ali Qasimov says to me "I'm at home here" – meaning the festival – then I have the feeling I've achieved something.

Tanslated from the German by Ruth Martin

Michael Dreyer founded the Morgenland Festival in Osnabruck in 2005. The high points have been a guest performance in Iraqi Kurdistan in 2013, and the first performance by a Western symphony orchestra in Iran since the Islamic Revolution, in 2007. Numerous recordings by musicians from the festival have been released in the "Eastern Voices" series on Dreyer's record label "Dreyer Gaido".

Home
Print
Newsletter
More on this topic
Website of the Morgenland Festival OsnabruckInterview with Kinan Azmeh and Dima Orsho: "All we can do is sing and play our hearts out"Oriental Music Festival in Germany: The silenced sounds of BaghdadInterview with the Kurdish singer Aynur Dogan: Resisting the wind
Related Topics
Arab music, Dialogue of Cultures | Intercultural Dialogue, Iranian music, Musical worlds, Places of Dialogue, Turkish music
All Topics

Many Turks are dissatisfied with the international status of their country. At the same time, opinion polls reveal great scepticism among the Turkish population towards the USA. ... END_OF_DOCUMENT_TOKEN_TO_BE_REPLACED

Turkey is turning towards the Turkic nations of Central Asia, intensifying its economic, diplomatic and military relationships with these countries. So what is driving Turkey’s ... END_OF_DOCUMENT_TOKEN_TO_BE_REPLACED 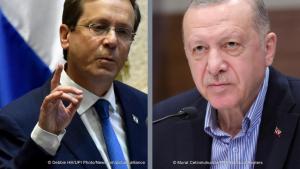 As Russia advances across the Ukraine, the geopolitical cards are being reshuffled in the Middle East. On the agenda is closer economic and security cooperation between Israel and ... END_OF_DOCUMENT_TOKEN_TO_BE_REPLACED

Turkish-Armenian rapprochement kicked off in Moscow in January, after a break of 13 years. This time, focusing on relatively easy fixes such as trade and transportation, both ... END_OF_DOCUMENT_TOKEN_TO_BE_REPLACED 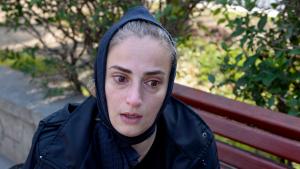 Activists in Azerbaijan have been urging the country's government to ratify the 2011 Istanbul Convention – a landmark international agreement aimed at preventing domestic violence ... END_OF_DOCUMENT_TOKEN_TO_BE_REPLACED

The balance of power on Europe's eastern borders is shifting. Georgian historian Beka Kobakhidze speaks from Tbilisi about rivalry and emerging alliances in the region, an ... END_OF_DOCUMENT_TOKEN_TO_BE_REPLACED
Author:
Marian Brehmer
Date:
Mail:
Send via mail

END_OF_DOCUMENT_TOKEN_TO_BE_REPLACED
Social media
and networks
Subscribe to our
newsletter