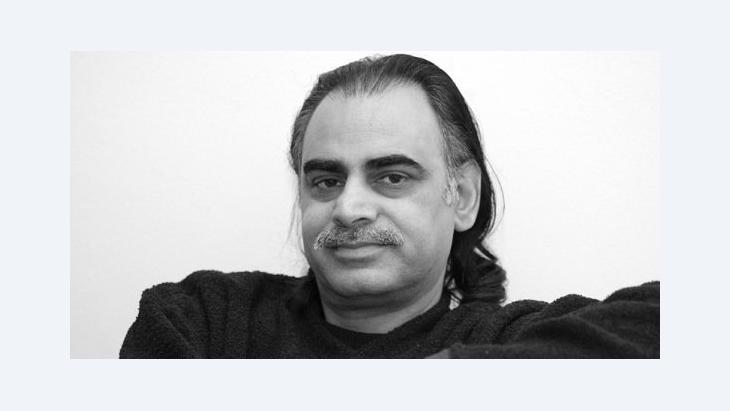 Ziauddin Sardar is a leading British-Pakistani Muslim scholar and critic. In this interview with Susannah Tarbush, he talks about the magazine "Critical Muslim" he founded and which he sees as an "intellectual, cultural, philosophical and creative backup" for the revolutions of the Middle East

In January a year ago, a refreshingly different kind of Muslim publication, the quarterly Critical Muslim (CM), was launched in Britain. Published by London-based C Hurst & Co, CM takes the form of an attractively-produced paperback book of over 250 pages. Its stated mission is to be a quarterly of "ideas and issues showcasing ground-breaking thinking on Islam and what it means to be a Muslim in a rapidly changing, increasingly interconnected world".

CM's founder and editor is leading Muslim scholar, critic and public intellectual Ziauddin Sardar. Born in Pakistan in 1951, Sardar grew up in London where he still lives. He is a prolific and much-read writer: since the late 1970s he has written some 45 books as well as numerous articles and essays. Sardar's CM co-editor is the prominent British-Syrian novelist, critic and blogger Robin Yassin-Kassab.

To mark the first anniversary of CM's launch, Qantara interviewed Ziauddin Sardar on the quarterly's concept, first year of publication, and future plans. 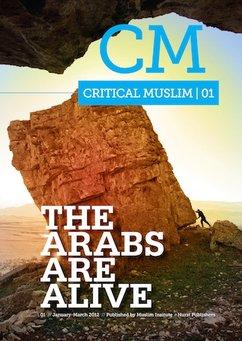 "Working to produce a modicum of critical thought that serves as a catalyst for change": Cover of the first edition of CM magazine

​​When did you have the idea of starting Critical Muslim, and how did you, Robin Yassin-Kassab and C Hurst & Co publisher Michael Dwyer get together to bring the project to fruition?

Ziauddin Sardar: It may seem surprising but the whole Critical Muslim project was delivered from conception to the publication of the first issue in less than a year. I was inspired by the Arab Spring, which raised a question: the uprisings will definitely topple the dictators, but will they dethrone the mind-set of dictatorship that is deeply entrenched in Muslim societies? What if we end up replacing one dictatorship with another – as happened, for example, in the case of Iran; or has happened in Pakistan numerous times.

I thought the uprising in the Middle East, and similar sentiments in other parts of the Muslim World, needed intellectual, cultural, philosophical and creative backup. And if something needed to be done, it had to be done now: when the spirit of reform and change is in the air.

I had also just become the Chair of the Muslim Institute, which was reformed and re-launched as a learned society of thinkers, academics, artists, and people generally interested in ideas. And there was a need for the Institute to have some sort of publication. So it seemed natural that CM should live in the Muslim Institute.

I talked about these ideas with my friends, the science journalist Ehsan Masood and the novelist Robin Yassin-Kassab. Since CM was envisaged as a cultural as well as an intellectual project, it was essential for me to have a professional novelist and a journalist with a wide horizon on board. Both were busy pursuing their own careers, but, after constant badgering they agreed that it was a good idea.

You wrote in the Times that you aimed to "transform isolated individuals into a global network, working to produce a modicum of critical thought that serves as a catalyst for positive change". How does CM differ from the universe of existing Muslim-related publications in the UK and worldwide?

Ziauddin Sardar: There is just no comparison. We are in a different universe. The idea is not to pitch CM to the level of popular material that Muslims read, but to bring them up to the standard of CM so they can debate and discuss ideas at a reasonably sophisticated and pragmatic level. 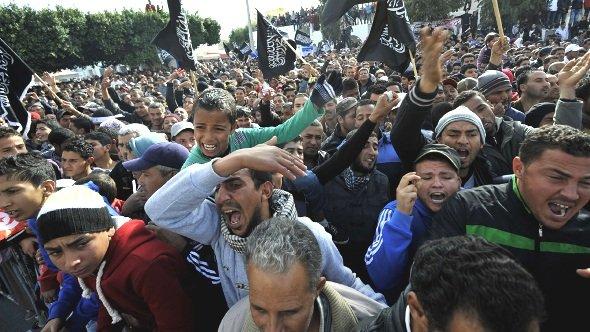 "The young and creative elements of the Arab uprising have been sidelined." Ziauddin Zardar criticises that the more organised Islamist organisations have moved in to benefit from the efforts of more open-minded and pluralistic groups

​​Muslims, my travels have demonstrated, yearn for real debate, to discuss things that concern them but are seen as taboo, to raise problematic questions – to move on from fossilized traditional thought, or readymade western answers. So we are certainly filling a gap out there – a gap that is almost a chasm.

Do the changes in the Arab world especially in the past two years and the apparent empowerment of not only mainstream Islamist organisations but more radical, including Salafist, trends make your critical and open-minded approach more difficult but at the same time more vital?

Ziauddin Sardar: Well, that's one of the main reasons for the very existence of CM. As far as I can see, the young and creative elements of the uprising have been sidelined: the more organised Islamist organisations, and the more financially secured Salafist, have moved in to benefit from the efforts of more open-minded and pluralistic groups. That was one of my fears - which seems to have been realised.

I think a more organised and coordinated approach, based on some futures-oriented strategic thought, is needed to contain the Islamists. I don't think it makes our approach more difficult – we know it will always be difficult – but it certainly makes it more urgent and relevant.

CM includes a strong literary and cultural component, with for example Robin Yassin-Kassab – a highly-regarded novelist and essayist, being your co-editor. The regular content includes an Arts and Letters section and a Reviews section. How do you view the role of arts, literature and culture in trying to meet the journal's mission?

Ziauddin Sardar: We see culture, art, literature, music, and all those things that humanise us, as central to our project. A society is not a society without culture; and a flourishing, dynamic society needs thriving, vibrant arts and culture. We see culture as both: a source of power, and power itself. The soft power of it is essential both for self-representation and influencing others. We aim to highlight cultural achievements where they exist, encourage creativity where it does not exist, and promote a more rounded perception of what it means to be a Muslim in the twenty-first century. 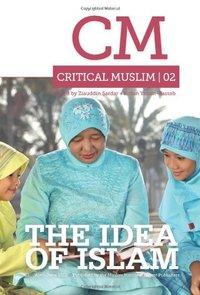 Banned in Malaysia: 'The Idea of Islam'

​​It is known that the second issue of CM, on The Idea of Islam, was banned in Malaysia. Could you say more about bans or negative feedback; what issues have aroused most controversy among governments or individual readers?

Ziauddin Sardar: While the reaction to CM has generally been quite ecstatic, we do have our critics. It is not for those who see themselves as guardians of 'truth', in Muslim societies or the West, and we expect harsh reactions from these quarters. Not every Salafist or Wahhabis will approve its contents. Neither will the traditionalists be comfortable with what we have to say. So the second issue, The Idea of Islam, was banned in Malaysia because the religious authorities there disapproved of the content.

Our co-publisher, Oxford University Press (OUP) Pakistan, did not publish issue 3, Fear and Loathing, because they thought that an article on 'Islamic beards', and another one arguing that Muslims need to develop a language to deal with homosexuality, could produce repercussions from 'the Jihadis'. Frankly, we are not too bothered: we will say what needs to be said.

Are there any "red lines" in terms of subjects, views or authors you would not want to touch or publish?

Ziauddin Sardar: Yes, there are. We are not into abuse or denigration; and will not publish anything that is abusive of our tradition – despite the fact that we have a rather low opinion of it – or that maligns the beliefs of others. For us, all questions are valid; but they have to be explored in terms of arguments and evidence.

Your latest book Muhammed: All That Matters (Hodder Education) was recently published. Do you have future books planned, to add to your already large bibliography?

Ziauddin Sardar: I am a writer; so that's what I do! Currently, I am writing a history of Mecca for Bloomsbury. I have a few other books to write before I finally put my pen down and return to my Maker!

Ziauddin Sardar was named by The Independent as one of Britain's top 100 public intellectuals. He has written more than 40 books, including the Muhammad: All That Matters (2012), Desperately Seeking Paradise: Journeys of a Sceptical Muslim (2006), Postmodernism and the Other: New Imperialism of Western Culture (1997).

Having re-invented himself politically following the Gujarat porgroms of 2002, Narendra Modi has – to the delight of big business – consistently pursued a tough line in market- ... END_OF_DOCUMENT_TOKEN_TO_BE_REPLACED

Dozens of people have been killed as a result of protests against India's controversial Citizenship Amendment Act. Critics say the law is aimed at marginalising Muslims and goes ... END_OF_DOCUMENT_TOKEN_TO_BE_REPLACED

India's rapid descent into xenophobia, violence and irrationality has an important economic dimension, but it takes politicians to channel these emotions into nationalism and to ... END_OF_DOCUMENT_TOKEN_TO_BE_REPLACED

Since the leadership in New Delhi revoked the special autonomy status, previously laid down in the Indian constitution, for the state of Jammu and Kashmir at the beginning of ... END_OF_DOCUMENT_TOKEN_TO_BE_REPLACED

Calls for a free Kashmir are becoming louder on both sides of the divided region. Can the German reunification model be applied to the India- and Pakistan-ruled Kashmirs? And what ... END_OF_DOCUMENT_TOKEN_TO_BE_REPLACED

Indiaʹs constitution prohibits discrimination on the basis of religion, but the government of Prime Minister Narendra Modi does not care. Run by Hindu-supremacists, it is ... END_OF_DOCUMENT_TOKEN_TO_BE_REPLACED
Author:
Susannah Tarbush
Date:
Mail:
Send via mail