"Within Three or Four Years the Texture of Pakistani Life Changed"

In this interview with Claudia Kramatschek, Nadeem Aslam talks about his native Pakistan, the military rule of Zia ul-Haque, and his most recent novel, about Afghanistan during the Soviet invasion 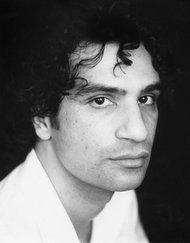 ​​The era of Zia-ul-Haque has an indirect role in your new novel because Zia was responsible for Pakistan's fatal involvement in the Afghanistan war that still haunts the world today. Your family had to leave Pakistan under Zia's regime – was this a defining moment in your life?

Nadeem Aslam: I wouldn't be here talking to you if Zia's regime hadn't decided to support the mujaheddin in Afghanistan. Because when in 1979 the Soviet Union invaded Afghanistan, it was decided by the CIA and by the American administration that billions of dollars and weapons would be brought into Afghanistan via Pakistan to help the mujaheddin fighting against the Soviets. And there were people in Pakistan at that time who were saying: Don't encourage this jihadi mindset. Because what is going to happen to these weapons once the Soviets are gone? For people like my father and my uncles, things were going to be hard. My uncle was taken away from us; he was then handed back to us broken. We had to leave.

What memories do you have of the Zia era?

Aslam: I saw within three or four years the texture of Pakistani life change. So I know how easy it is to use fear to actually turn a society upside-down. Was it part of Pakistani culture to whip people in the street? But that was what happened during Zia's regime. And of course people were afraid. You couldn't do anything. It all directly linked up with the Taliban once you let these things in. This is why writers and artists are always keeping an eye on these things. 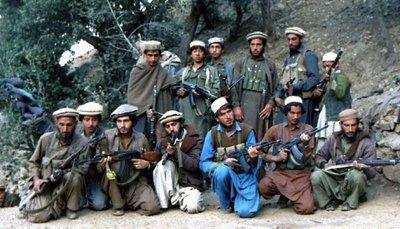 Billions of US dollars for an Islamic jihad: Mujaheddin fighters in Afghanistan, 1987

​​For me, literature has always been a public act: you have to comment. In the West you can live a more or less decent, contented, calm life if you are not interested in politics at all. But in Pakistan you can't help but be involved. Even when I was a child – at 14 you are more or less still a child – and my father was involved in politics, I was in danger! They could have taken me away in order to force my father to do what they wanted him to do. So whether you like it or not, politics is there.

The era of Zia is now reflected in novels by Pakistani writers in English. Your recent novel has at its historical and political centre the ongoing war in Afghanistan, from the time of the Soviet invasion until the latest invasion by America in the wake of 9/11. What inspired you to write that novel?

Aslam: When I was writing Maps for Lost Lovers I had the Afghanistan story in my mind as well. The civil war had begun. The Soviets had left, the weapons were given to the warlords, and the warlords turned against each other, not caring who got in the way, meaning the Afghan people. Thousands were dying. But we got what we wanted: the Soviets were defeated, the Soviet Union crumbled, the Berlin Wall came down, right?

For ten years – and during those ten years I was writing Maps for Lost Lovers – I was keeping notebooks and updating my story. And if I go back to these notes for the The Wasted Vigil, I can see, literally chronologically, the emergence of the Taliban, the coming out of Al Qaida, the first attacks on the American warship USS Cole in Beirut and on the American embassies in Dar-es-Salam and Nairobi. 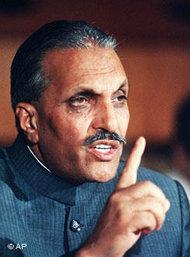 ​​Why did we not know that this was going to come and get us? In fact, the history of the past 30 or 35 years in my region of the world and how it connects with the West through Al Qaida is so predictable, you couldn't make it up. I mean in the 1980s, during the CIA's jihad against the Soviets, the Koran was translated in Berlin into the Uzbek language – the CIA had an Uzbek expert. Then it was sent to Pakistan by the CIA, from there it was smuggled into Afghanistan, and from there it was smuggled into Uzbekistan on the backs of mules.

Imagine this image! The CIA actually went to these Uzbeks and said: you are Muslims, fight against the infidels, here is your holy book saying it is your duty. Thirty years later, Americans are now dropping missiles into a tribal area in Pakistan called Waziristan, and the biggest group of Al Qaida terrorists there are Uzbeks. Once again: What did you think was going to happen? As a fiction writer, as someone who creates narratives, it is quite humiliating to have to tell this really predictable story.

The novel is a panorama of all the forces that have had a hand in the fate of Afghanistan: the Russians, the West, especially America, the Iranian mullahs, the warlords, the Taliban.

Aslam: It is odd that the response to this book has been so strange. Last year, I gave a reading in New York and someone stood up and said‚ "How dare you! You are saying that you are anti-American, that you are pro-jihadi-violence." The following week I went to Pakistan and gave a reading and someone in the audience stood up and said: "How dare you say all these things! You are pro-American and you are anti-Islam." The next week I went to India, and in New Delhi there was a group of Communist students who stood up and said: "How dare you say these things about Communism!" So the whole scenario that I had set up in the novel – I have a Communist, I have an American, I have a Muslim, I have a moderate Muslim – was being played out on a large scale.

But ultimately what I wanted was for people to move beyond that. I have had nothing but suspicion throughout my life for the idea of nationalism, the idea of ideology. Because if we don't keep an eye on these things, horror is likely to result. 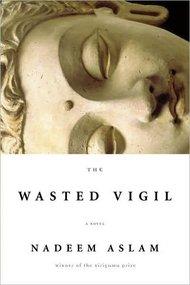 ​​Two recurrent symbols which structure the book seem to relate to that – one is the head of a Buddha, hidden in the fundament of a now ruined perfume factory close to Marcus's, the narrator's, house; one is the house itself: the house of the five senses where the story takes place.

Aslam: In March 2001 when the Bamiyan Buddhas were blown up, that day the Taliban come into the house. They see this Buddha and they want to destroy it at the precise moment the Buddha in the Bamiyan valley is being destroyed. So they begin to pile the explosives around and then the Buddha begins to bleed liquid gold and they run away. This was my comment on the events in the Bamiyan valley. I was saying: here the Buddha survives, in the imagination of this writer, this person. This is my condemnation of the radicals.

Afghanistan was a Buddhist country before Islam came. That was my way of saying that it is Afghanistan's past – that we must remember the past. As a human being, if you forget about the past, psychologically there is something wrong with you. And as a nation, if you forget the past or try to forget or erase the past, then there will be some kind of trauma.

Qantara.deNadeem Aslam's "Maps for Lost Lovers"A Cosmos of Traditionalist Muslim Migrants"Maps for Lost Lovers", the second novel of the Pakistani-British author Nadeem Aslam is a poetic settling of accounts with Pakistani migrants in England. Stefan Weidner has read the book Interview with Kamila ShamsieA Dark Chapter in Pakistan's HistoryKamila Shamsie is one of a number of young Pakistani authors who are writing about the military dictatorship of Zia al-Haq in the 1980s. She explained to Claudia Kramatschek why this decade was the prelude for 9/11 Mohammed Hanif's "A Case of Exploding Mangoes"A Tangled TaleA first novel by Mohammed Hanif is a rollicking ride through the politics of the Pakistani military rule of Zia ul-Haq in the eighties. Irfan Husain says that the book has lessons too for the current rulers of Pakistan as they emerge from nine years of military rule

END_OF_DOCUMENT_TOKEN_TO_BE_REPLACED
Social media
and networks
Subscribe to our
newsletter