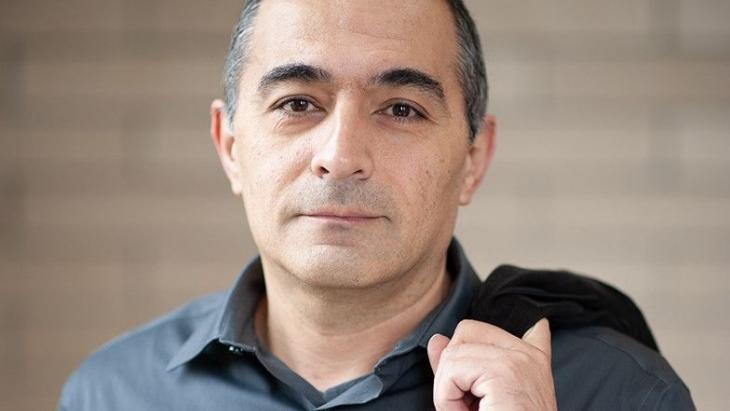 The recent protests in Iran were not as peaceful as the Green Movement of 2009, something that political scientist Nader Hashemi attributes to the actions of the security forces. Interview by Azadeh Fathi

In your book "The People Reloaded", you speak of the Green Movement as a movement that was peaceful in nature and wanted to avoid violence. How do you see the development of popular protests in Iran? Has there been a change in the nature and expression of the protests of 2009, 2017/18 and the most recent in November?

Nader Hashemi: The biggest differences between these protests were in the following areas: economic class, geography and ideology. In 2009, the protests were mostly middle-class, they took place in major cities and ideologically they were connected to the process of political reform and in support of reformist politicians Mir-Hossein Mousavi and Mehdi Karroubi. By contrast, the protest in 2017-2018 and recently in November drew participation from mostly lower economic classes, comprised of young employed men in small cities and towns without any known leadership or political affiliation.

The final difference is the form the protests took. In 2009, the protests were overwhelmingly non-violent, while the 2017-2018 and 2019 protests involved attacks on banks, the burning of government buildings and petrol stations. It should be clearly stated, however, that in 2019 most of the violence was on the side of security forces. Many peaceful protests were also attacked by police and plainclothes officials connected to the IRGC. Credible evidence exists of the deliberate destruction of property by the security forces to tarnish the reputation of protesters. This makes sense to me. When it comes to regime survival, the Islamic Republic observes very few moral limits.

In terms of the numbers of protesters, the Mayor of Tehran stated that in one of the major protests on 15 June 2009, three million people were on the streets. Yadollah Javani, a senior IRGC leader, has stated that in the most recent protests, 29 out of the 31 provinces in Iran experienced demonstrations. The Minister of Interior put the number of people involved in the nationwide demonstrations at 200,000. Yet I suspect the number was much higher. 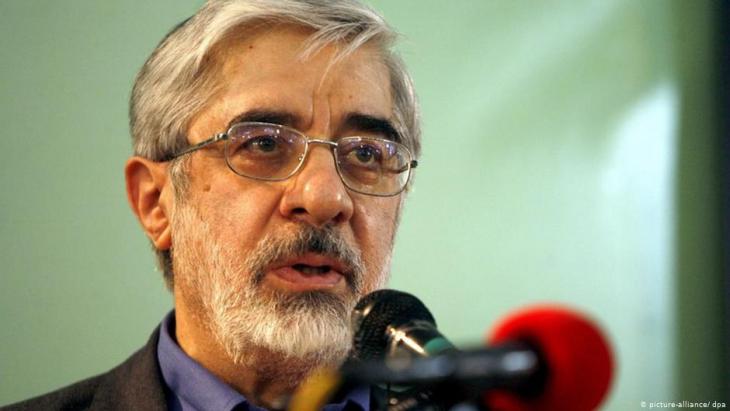 Former great hope of the Green Reform Movement in Iran: Mir-Hossein Mousavi, a politician under house arrest and former presidential candidate, recently warned the Iranian leadership of a new revolution. The current situation in Iran resembles that which led to the Islamic Revolution of 1979, wrote the Green Movement's figurehead. Prior to 1979, the murderers were representatives of a non-religious regime, today they are representatives of a religious government, Mousavi said in the letter

The changing class composition and the more radical slogans of the protesters make sense to me. Over the past 10 years, the level of poverty and inequality has increased in Iran. The political system has grown more authoritarian and the credibility of reformist politicians has been tarnished due to their inability to bring about significant change.

When Amnesty International published its first report on the number of deaths, it was expected that other countries would react more forcefully. But the loudest voices came from the American side. To what do you attribute this timid reaction, especially from Europe? Was it just the shutdown of the Internet and the lack of access to information?

Hashemi: Several factors explain the cautious reaction from European government. First, there are few foreign journalists stationed in Iran that can provide accurate information. Thomas Erdbrink of the New York Times, who speaks fluent Farsi, had lived in Iran for many years. His reporting on internal society and politics has always been excellent. He too has recently been silenced by the regime.

The second factor is that there are anti-government protests happening around the world, in Iraq, Lebanon, Hong Kong, Chile, Algeria, Spain, Haiti, Ecuador, Ethiopia etc. In this sense, Iran is competing for attention. Thirdly, Europe is now consumed by its own internal problems related to rising right-wing populism and debates on immigration and integration. Finally, I think many European governments are sympathetic to Iran in the sense that they see Donald Trump’s aggressive policy of "crippling sanctions" as a contributing factor in producing these protests. Taken together, all this broadly explains the limited and cautious reaction to the killings in Iran by European governments.

To what do you attribute the vehement action against the protesting masses?

Hashemi: The Islamic Republic of Iran has grown more brutal and violent in recent years. After the signing of the JCPOA (nuclear agreement), there has been a steady increase in state-sanctioned repression against society on all levels. The arrest and prosecution of environmental activists is a perfect illustration of this trend. This is a reflection of the deep internal crisis of legitimacy facing the Islamic Republic. Iranian hardliners know they don’t have majority support and if there were free and fair elections, candidates who oppose the foreign and domestic policies of Ali Khamenei would likely win these elections. The use of extreme violence is an attempt to send a message that any form of resistance is futile and will result in severe consequences for those who choose to resist. It reflects the regime's desperation.

External pressure is also a factor. The attempts by senior members of the Trump Administration to promote "regime change" in Iran have increased the paranoia of Iranian hardliners. According the official regime narrative, recent protests were organised by the White House in co-ordination with Saudi Arabia and Israel.

Finally, I think the Islamic Republic has been shaken by recent events in the region. Ongoing protests in Lebanon that challenge Hezbollah’s power are a factor, but more importantly are the protests closer to home in Iraq. The recent attacks against the Iranian consulates in Najaf and Karbala – in the heartland of Shia Islam – coupled with the demands of most Iraqi protesters (who are Shia) to end Iran’s influence in Iraq, must have increased the fear and paranoia of Iran’s senior leaders.

Let's look to the future: will the population, described by the upper echelons of the Islamic Republic's leadership as "villains" and "insurgents", participate in the upcoming parliamentary elections? How will the relationship between the people and the rulers in Iran – in the shadow of U.S. sanctions – develop in the light of recent statements by revolutionary leader Khamenei and President Rouhani?

Hashemi: The social contract that previously existed in Iran, between state and society, has broken down. The existing political system can no longer meet the economic and political demands of Iranians, who are mostly young and who desire a better future rooted in democracy, pluralism, human rights and global integration. They reject the revolutionary policies of Iranian hardliners, both within Iran and in the region.

I doubt if there will be large voter participation in the next parliamentary elections. Firstly, as we saw in the recent protests that were triggered by new gas prices, the parliament was completely excluded from the decision-making process. This serves to highlight how impotent this institution has become. It is also a reminder of where real power is located in Iran.

Secondly, whom are people going to vote for? The Guardian Council screens all candidates for ideological loyalty, thus preventing more courageous and independent candidates from being elected.

Thirdly, I think many people have given up on Rouhani and the prospects of political reform. His recent comments on rising gas prices, which you quote, is not really the problem. The problem is a deeper one. Don't forget that Rouhani was elected twice on the promise of improving living standards and providing more internal freedoms. Remember his Citizens Rights Charter? What happened to that? In terms of the economy, all evidence suggests that poverty and inequality has increased among average Iranians in recent years. These conditions will only get worse in the coming years.

The election of Donald Trump and his withdrawal from the nuclear agreement is obviously part of this story. America’s crippling sanctions and the attempt to bring the Islamic Republic to its knees, has significantly undermined Rouhani’s plans for political and economic reform. Many of the problems facing Iran today, however, are internally generated and deeply connected to growing corruption, nepotism and authoritarianism that cannot be attributed to outside factors.

Nader Hashemi is Director of the Center for Middle East Studies and Professor of Middle East and Islamic Studies at the Josef Korbel School of International Studies at the University of Denver. He is the author of the books "Islam, Secularism and Liberal Democracy" and co-editor of "The Syria Dilemma" and "The People Reloaded: The Green Movement and the Struggle for Iran's Future".

Recent efforts to rehabilitate Assad are setting a damaging precedent for accountability, just as the international community is expressing the need to hold Russia to account for ... END_OF_DOCUMENT_TOKEN_TO_BE_REPLACED

Nouara may be 65, but she is ready to join thousands of others who burn their ID and pay traffickers for the chance of a new life in Europe. Zineb Bettayeb reports END_OF_DOCUMENT_TOKEN_TO_BE_REPLACED

Education for girls and women is still possible in Afghanistan, says Reinhard Eroes of the Kinderhilfe Afghanistan initiative. In interview with Elisa Rheinheimer, he talks about ... END_OF_DOCUMENT_TOKEN_TO_BE_REPLACED

Locals in the Middle East have said European critics are showing bias and hypocrisy when they condemn Qatar. Observers agree that Qatar has had to deal with more criticism than ... END_OF_DOCUMENT_TOKEN_TO_BE_REPLACED

In Doha, Arabs from Morocco, Tunisia, Egypt and Algeria are gathering to celebrate the first ever FIFA World Cup to be held on Arab soil. The criticism from Europe? Over the top, ... END_OF_DOCUMENT_TOKEN_TO_BE_REPLACED
Author:
Azadeh Fathi
Date:
Mail:
Send via mail

END_OF_DOCUMENT_TOKEN_TO_BE_REPLACED
Social media
and networks
Subscribe to our
newsletter