Nawal El Saadawi is Egypt's most prominent feminist. In an interview with Qantara.de she explains why she stood as a presidential candidate in 2005 – and why she does not view western feminists as role models. Amira El Ahl met her in Cairo 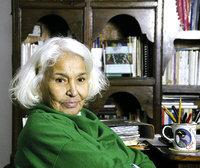 Nawal El Saadawi is an Egyptian feminist writer, activist, physician and psychiatrist. She has written many books on the subject of women in Islam, paying particular attention to the practice of female genital mutilation in her society

​​ You are Egypt's leading feminist. When did you start advocating women's rights?

So it runs in the family...

El Saadawi: We all have this, everywhere in the world. European women are also struggling for their freedom and for equality.

Do you think these women could be role models for Egyptian women?

El Saadawi: I am against role models. I don't look to Swedish women or German women and say they are my ideal, or I want to be like that.

Because they have their own problems?

El Saadawi: Yes. And they live in the same capitalist patriarchal system as us.

How has the situation of women in Egypt changed since you were young?

El Saadawi: It has changed for the worse and the better. When I was a girl I was encouraged by my father and mother to study. The extended family tried to marry me off when I was ten, because that was in line with the traditions of my father's rural background. But my parents stood by me and encouraged me to continue my education. This did not happen in all families. Even my grandmother, who was a peasant and illiterate, was very rebellious. 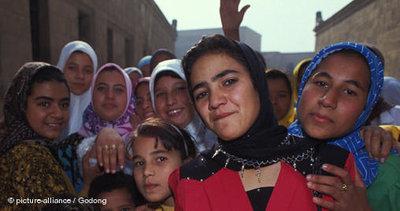 "I am happy when I read that women can become judges in the State Council. But that doesn't mean that women are liberated in Egypt," El Saadawi says

​​ So do you still see this rebellious streak in modern Egyptian women?

El Saadawi: It has died down a great deal. If I compare my childhood during the 1940s and now after more than 60 years, there were many positive things then that have disappeared.

El Saadawi: Because of a backlash against women's rights and the poor in the whole world. The increasing power of capitalism, militarism, religious fundamentalism, patriarchy, racism – all this strengthens religion. When I was young nobody asked me what my religion was.

Do you think that the situation of women in the Arab world is regressing?

El Saadawi: Of course it is not regressing. I'll give you an example. Not long ago the state-run Al-Ahram newspaper ran a front-page story about the fact that women judges are allowed in the State Council.

What do you think about this issue?

El Saadawi: This is politics, and politics is a game, and it is not a clean game. That is why I don't want to go into politics. Only once did I do that, in 2005, when I put my name up for the presidential elections. I did it only for historical reasons, to say that a woman from Egypt can do it, and then I boycotted the elections.

Is it constitutional for a woman to become president?

El Saadawi: Of course it is. I wanted to show the equality, that the Egyptian woman has the right to compete with Mubarak and to put up her name as a candidate. I did it and I made my point. Then I boycotted the elections because the police were after me. They prevented me from continuing. 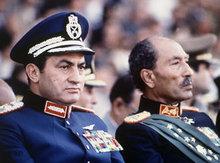 "If you change the government that doesn't mean you change the system. Mubarak was like Sadat and al-Baradei will be like Mubarak," El Saadawi claims

​​ Going back to history and the backlash...

El Saadawi: Yes, there is a backlash, but it's not only against Egyptian women, it's universal. The fundamentalist movement is not specific to Islam. I lived in the States for the last four years, I was a professor there. The US has had a Christian fundamentalist coalition, since Reagan, supporting the Republicans, George Bush, even Obama. Obama couldn't have won the elections if he hadn't flattered the Neo-Christians.

But let's stick to Egypt.

Can you explain that?

El Saadawi: We did a study in the Arab women's solidarity association. We discovered that the American policy and the Sadat policy encouraged religious groups to fight against feminism, communism, socialism and even liberals. So there is a connection.

Female circumcision has been outlawed in Egypt since 2008. Do you feel the battle has been won?

El Saadawi: Of course I am very happy that the government – after half a century – did what I was asking for. But my happiness is not complete. Because there is a lot of political propaganda. I am happy when I read that women can become judges in the State Council. But that doesn't mean that women are liberated in Egypt.

Do you think that the decision to allow women as judges in the State Council, although the Council voted by a great majority against female judges, is a way for the government to keep a certain quota of women in official posts?

El Saadawi: We all live in patriarchal, capitalist male-dominated societies, pretty much everywhere in the world. If you look at it, this move by the government is political propaganda. This has nothing to do with the equality of men and women. 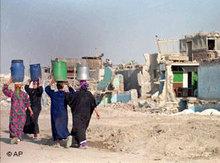 A slum in Cairo: "The government and a few people monopolise the wealth and power in Egypt. That is capitalism, that is class oppression and also male domination," states El Saadawi

​​ Do you believe that it is good that there is a quota for women or are you against it?

El Saadawi: I'm not for it or against it. It's not the solution.

You wouldn't accept it for a transitional period?

El Saadawi: Perhaps. I support any step that gives women something. But some people think that this is the solution.

What is the solution then?

El Saadawi: We have to get to the roots of the problem. We need constitutional change.

Do you believe that the movement around Mohamed al-Baradei, the former Director General of the International Atomic Energy Agency who also wants to change the constitution, is a chance for Egypt?

El Saadawi: No, I will never elect al-Baradei, or Amr Moussa, or Ahmed Zuweil, none of those people.

El Saadawi: No, because it will just be like another Mubarak.

How can the situation in Egypt change for the better?

El Saadawi: Number one: There are many good brains in the country, but the government is not using the creative minds of the Egyptians. The real intellectuals who do not flatter the government and are honest are at home.

What role would you envision for these intellectuals? A post as a minister for example?

You're talking about censorship.

El Saadawi: Yes, they have to allow me and other creative minds to speak on television, to the people who can't read and write. I write books, but 50 percent of the population don't read. If they allow creative people to speak up there will be a dialogue. We need to change the educational system. To reshape minds, to change the way we think.

The biggest problem in Egypt seems to be the state of the educational system.

El Saadawi: Yes, it's not about what we think, but how. Here in Egypt the educational system doesn't teach the children how to think. There are thousands of intellectuals who teach abroad but we need them here. 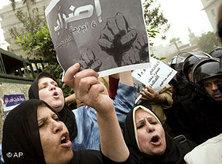 The situation for women in Egypt has changed for the worse and for the better, according to El Saadawi. But Egyptian women in general have become less rebellious, says the feminist

​​ But why do you think the government is not open to these changes?

El Saadawi: Because they're afraid to distribute wealth and power. It's a monopoly. The government and a few people monopolise the wealth and power in Egypt. That is capitalism, that is class oppression and also male domination.

So in order to change this country you think that you first of all have to change the educational system?

El Saadawi: Not first of all. You have to fight on many fronts. Change the constitution, change the law, change education, change culture, change the people who dominate the system.

What do you think will be the outcome of the upcoming elections in 2011? Who will become the next president in Egypt?

El Saadawi: I don't care who will come. This is not the problem.

Will you be voting?

Don't you think that the opposition movement that has formed around Mohamed al-Baradei also wants to change the system?

In the last couple of years there has been a lot of talk about sexual harassment in Egypt. Did it exist when you were young?

El Saadawi: Rape has always existed in every country. Rape is the product of patriarchy and class. Women's issues, sexual issues, female genital mutilation, virginity problems and "honour killings” are all connected to global politics and international capitalism, militarism, patriarchy and class. You can't separate them. That's why we started with women and ended with politics.

And that's why your struggle continues.

El Saadawi: My work is continuous, because it is the work of the people.

So you feel there's still a long way to go?

El Saadawi: Yes, but I'm very optimistic. Because it's not difficult. Next year I'll be turning 80, and many people ask me: Do you still have hope? Yes, because hope is power.

Do you feel repressed?

El Saadawi: It's not a matter of feeling because creativity makes me free. My mind is free, I can fly anywhere, even in prison.

Tunisian-French Feminist Sophie Bessis
Identity as Folklore
Sophie Bessis is one of the best-known French-speaking feminists from the Maghreb. In her fight for women's rights, she moves between the conflicting worlds of Europe and Africa, showing equal disdain for Western arrogance and for what is often the pronounced identity policy of the Orient. Kersten Knipp met with Sophie Bessis

END_OF_DOCUMENT_TOKEN_TO_BE_REPLACED
Social media
and networks
Subscribe to our
newsletter