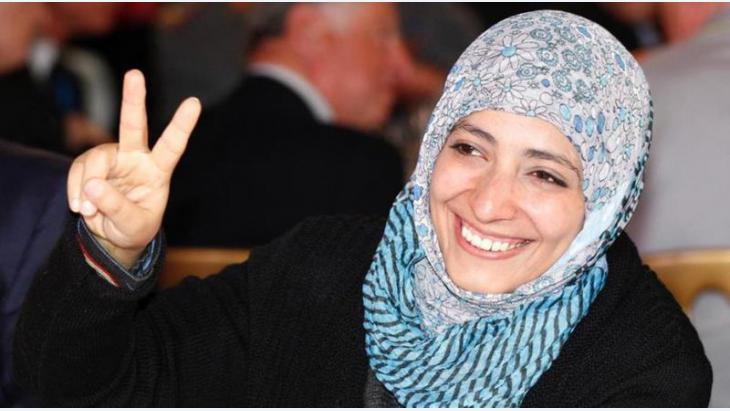 Interview with Nobel Peace Prize Laureate Tawakkul Karman
"We need to bring back the Arab Spring!"

In 2011 Tawakkul Karman became the first Arab woman to be awarded the Nobel Peace Prize. In interview with Nader Alsarras, the 39-year-old explains why the Arab Spring failed and why Yemen has since descended into war and chaos

Today, seven years after the outbreak of the Arab Spring, the situation in Yemen is catastrophic. How can the country extricate itself from this ongoing strife?

Tawakkul Karman: The revolutionary forces of the Arab Spring and the counter-revolutionary powers are currently locked in a fierce struggle. The ignominy of the latter is clear to the world. The conflict is fuelling further wars and instability. And behind it all is a conspiracy led by Saudi Arabia and the United Arab Emirates (UAE). They are the ones leading the counter-revolution. Riyadh, Abu Dhabi, not to mention Tehran, saw the Arab Spring as a direct threat to their interests. So they attempted to use their money to foment coups, war and chaos in the capitals of the Arab world – in Cairo, Tripoli, Damascus and Sanaa.

The Arab peoples are currently struggling to find their way out of this dire situation. We will neither give up, nor renounce democracy, freedom and human rights. We will not accept a return to dictatorship, oppression and corruption. Our peoples will one day enjoy democracy and freedom. That much is certain.

You have harsh words for Saudi Arabia and the Emirates. Why have you only just started to speak out?

Karman: That´s not true. Ever since the Saudis and Emiratis began their military campaign against the Houthis, I have condemned the bombing of civilians and called for those involved to respect human rights. I recently intensified my criticism because the coalition stepped up its aggression. It has also become apparent that Saudi Arabia and the UAE are pursuing a dubious agenda. They claim to have come to Yemen to defend the legitimate government against the Houthi rebels and the despot Ali Abdullah Saleh. 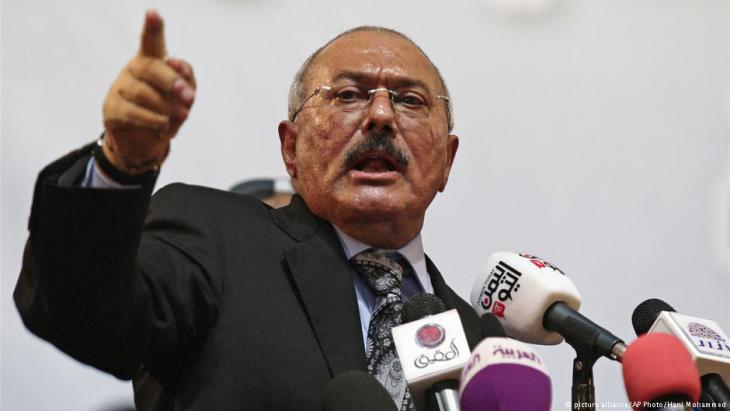 Yemen´s dictator of decades caught in no man´s land: following Ali Abdullah Saleh´s death, Karman tweeted that Saleh had met a "tragic end", which "we would never have wished for him during the peaceful revolution, but 'you reap what you sow'"

But what they are really doing is destroying the legitimate regime. They are preventing President Abd Rabbu Mansour Hadi from returning to the country. They support armed groups that are threatening the country's unity and security, as happened for example in Aden in January. And they are building secret illegal prisons in the country.

The UAE have repeatedly bombed the presidential guard. Moreover they are also occupying Yemeni islands, ports and airports, refusing to return them to the legitimate Hadi government. In my view, any areas that are not being returned constitute occupied territories. At the same time, Yemen´s infrastructure is being indiscriminately bombed and destroyed, its cities besieged and its civilians starved out.

You have been accused of initially endorsing the Saudi-led coalition. And now you are vilifying it.

Karman: That is incorrect. I never publicly endorsed the coalition. In fact, I spoke out immediately against their crimes, in particular the bombing and siege of the Yemeni people. I have always called for those involved to respect international law and spare civilians the horrors of war. At the same time, I am critical of the coup by the Houthi militia and the ousted President Saleh, who was supported by Iran. They have also committed many crimes against the people and are mainly to blame for this war and destruction. By the way, many Yemenis had no problem at all accepting the coalition at first, because they promised to help the legitimate government destroy the Houthi militias and their allies. As time has gone by, however, it has become clear that the Saudi Arabia-led coalition is lying and deceiving everyone, pursuing its own objectives that have nothing to do with aiding the country.

Your criticism of Saudi Arabia and the UAE has led the Al-Islah party (Yemeni Congregation for Reform) to freeze your party membership. Why did they decide to do that? You are not the only one in the party to find fault with the coalition.

Karman: The country's political leadership, in particular the Al-Islah party, but also the president, are Saudi Arabia´s hostages. They are being blackmailed, both politically and morally. Everything they say is dictated by the Saudis and the Emiratis. And yet the Al-Islah party is not a private company owned by Saudi Crown Prince Mohammad bin Salman. He can't just imprison the party leadership like he did with the princes who are related to him, his own cousins. 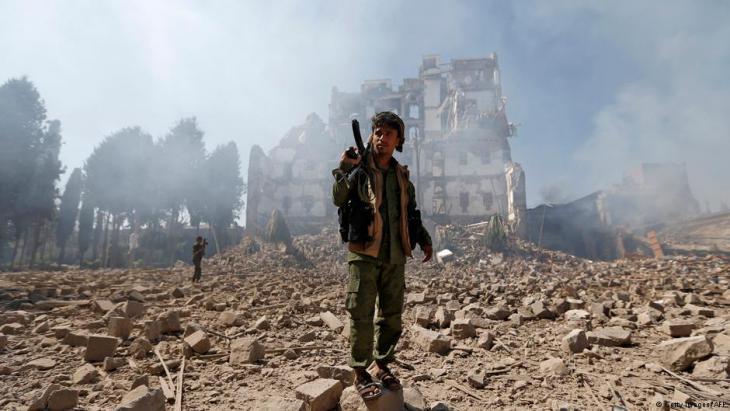 With bombs and missiles against Yemen´s Houthi militias: Saudi Arabia and the United Arab Emirates are the two main partners in a military coalition that has been supporting Yemen´s president, Abd Rabbu Mansour Hadi, for years in the bloody war against Shia Houthi rebels

Let me be very clear: I am a human rights activist, I am part of the peaceful revolution – and that is my true party! My links with the Al-Islah party and the other Yemeni parties are characterised by mutual respect.

From the outset, women played an active role in the revolution in Yemen seven years ago. They were there right from the start. What is life like for women in Yemen today?

Karman: The women in Yemen are still fighting against injustice, despite the difficult situation in their country. There are women's initiatives all over Yemen that are working to alleviate suffering and to help the refugees and poor families. In spite of everything, many women in Yemen are very strong and are leading the struggle against both the perpetrators of the coup and the occupiers. That reassures me. But on the other hand, the people are suffering under the horrors of war, especially the women and children. We are facing a catastrophe on a massive scale.

In recent years, efforts have been made in Arab countries such as Saudi Arabia and Tunisia to increase women's rights. Nevertheless, in most Arab countries women still exercise very little political influence. Isn't it about time there was a woman's revolution in the Arab world?

Yemeni Nobel Peace Prize laureate Tawakkul Karman is a journalist and human rights activist; she is also a member of the Yemeni opposition party Al-Islah.

The death of Mahsa Amini at the hands of Iran's "guardians of morality" is only the latest, tragic example – in a neverending chain of state repression and excessive police ... END_OF_DOCUMENT_TOKEN_TO_BE_REPLACED

In "Iran. Die Freiheit ist weiblich", journalist Golineh Atai describes the dogged resistance of courageous Iranian women against the Islamic Republic and the mullahs who have ... END_OF_DOCUMENT_TOKEN_TO_BE_REPLACED

Iranian artist Parastou Forouhar has lived in Germany since 1991. Full of rage, just like the protesters, she hasn't yet given up on the idea of justice. By Julia Hitz END_OF_DOCUMENT_TOKEN_TO_BE_REPLACED

Fariduddin Attar’s "The Conference of the Birds", one of the seminal works of Islamic mysticism, has recently been published in sumptuously illustrated German translation. It ... END_OF_DOCUMENT_TOKEN_TO_BE_REPLACED

The violent death of 22-year-old Mahsa Amini has achieved something the entire opposition has failed to do during the 43-year rule of the ayatollahs in Iran: almost the entire ... END_OF_DOCUMENT_TOKEN_TO_BE_REPLACED

Like Christianity, Europe's history is one of migration. Both have strong roots in the Orient and in cultures thousands of years old. Cultural historian Bernhard Braun invites us ... END_OF_DOCUMENT_TOKEN_TO_BE_REPLACED
Author:
Nader Alsarras
Date:
Mail:
Send via mail

END_OF_DOCUMENT_TOKEN_TO_BE_REPLACED
Social media
and networks
Subscribe to our
newsletter