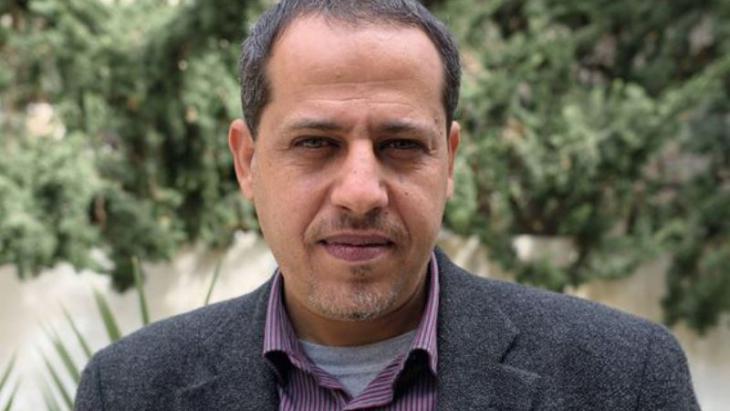 Interview with Palestinian human rights activist Mahmoud Abu Rahma
"We are alive, but we donʹt have a life"

Palestinians losing their lives in protests at the Gaza border fence has refocussed attention on the misery of life in the Strip. A renewed risk of military escalation, however, means proposals to raise the Gaza blockade are again on ice. Inge Guenther talks to Mahmoud Abu Rahma, International Relations Director with Al Mezan

What is the priority when it comes to improving the situation in Gaza?

Mahmoud Abu Rahma: The demonstrators have been calling for an end to the closure and the siege policy. There is no proof that it contributes to Israeli security. Israel has always had the right to scan and screen all goods and every person coming in and out of Gaza. The closure has put Gaza in a very dangerous situation. Sixty-nine percent of the population are under 29; they have grown up in three wars, misery and poverty. There have been many initiatives to deploy humanitarian aid in Gaza. But they have all failed, because the closure policy does not allow for responses to be effective. Indeed, it is even counterproductive, because it pushes people to extremes.

Is it true that most of Gazaʹs younger generation have never left the Strip?

Abu Rahma: Yes. They tell us we are alive, but we don’t have a life. There is no horizon, no hope. What will come out of them will not be good for Palestinian society, for the region, or even beyond.

The siege was meant to punish Hamas.

Abu Rahma: But the main aim of the closure policy has been to separate Gaza from the West Bank, fragmenting Palestinian society and not allowing a Palestinian state. 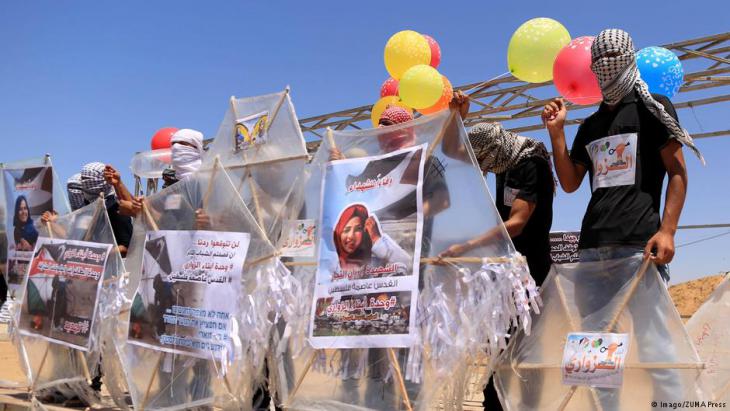 David against Goliath: in recent days, incendiary kites from Gaza have set light to Israeli fields and nature reserves. Israelʹs response: to bomb Hamas positions. With retaliatory mortar and rocket fire issung from Gaza, military escalation is once again a very real risk

What effect does it have on the general population?

Abu Rahma: There are currently over 2000 patients with cancer and heart conditions, for example, who cannot leave, yet for whom there is no treatment in Gaza. There are Palestinian hospitals in the West Bank, one hour away. Every month we see around 2000 patients with serious ailments and around half of them are not allowed access to medical treatment. Last year more than 50 people died in Gaza waiting for permits to cross. Of course, this is leading to a lot of anger and frustration among families, neighbours and those in the know.

Many Palestinians are furious about President Mahmud Abbas, whose sanctions have contributed to the deterioration of the situation in Gaza and the prevailing misery. Recently Palestinians also protested against his policies in Ramallah, protests that Abbas tried to stifle. How do you see his role?

Abu Rahma: Palestinians have been out on the streets of Gaza too, not only against Hamas, but also against Abbas. We won’t accept inhumane policies from any Palestinian leadership. In 2017, ten years after the Israeli blockade of Gaza, Abbas took drastic measures, cutting state salaries in half and delaying financial aid for products going into Gaza. This needs to be viewed as part of the internal Palestinian conflict.

Why did the process of reconciliation between Hamas and Fatah, announced with such jubilation last autumn, collapse again?

Abu Rahma: The process started with a promise and of course, there were going to be some obstacles to its realisation. Soon after Hamas had handed over the ministries and crossing points, there was an attempted attack on the Palestinian prime minister, Rami Hamdallah. Abbas lost patience and insisted that Hamas disarm immediately. At which point, the process ground to a halt.

Have the protests put the ball back in Abbas‘ court?

Abu Rahma: At the moment we are confident that the Palestinian Authority is retracting its punitive measures against Gaza. What is needed, however, is a social movement that pushes all Palestinian parties back to the negotiation table, to a process of reconciliation. Without national unity we will become only weaker.

Egypt opened the border crossing in Rafah during Ramadan in order to calm the situation in Gaza. Could this be a long-term development, do you think?

Abu Rahma: Unfortunately, that wonʹt happen any time soon. Currently Egypt will open Rafah only for humanitarian reasons. Only when the Palestinian Authority is once again in control of the crossing, will Cairo consider opening Rafah regularly. The Egyptians are worried that otherwise Israel will put the responsibility for Gaza on them.

You are engaged in lobby work for Al Mezan, mostly in Brussels. What is Europeʹs role in all this?

Abu Rahma: Europe has an important role to play, bringing pressure to bear on all conflict parties, including Hamas and Abbas, to enable effective relief measures in Gaza.

In Nathan Englander's novel "kaddish.com", a Jewish man is plagued by feelings of guilt and regret for disregarding the rules of the Kaddish (prayer for the dead) for his deceased ... END_OF_DOCUMENT_TOKEN_TO_BE_REPLACED

Russia is leaving no stone unturned in its attempts to make the Islamic Republic an ally in the war against Ukraine. Fortunately for Vladimir Putin, the mullahs in Tehran are ... END_OF_DOCUMENT_TOKEN_TO_BE_REPLACED

It is possible to write about the Holocaust and the crimes of colonial powers without downplaying anything. In her latest book, Charlotte Wiedemann focuses on the numerous blind ... END_OF_DOCUMENT_TOKEN_TO_BE_REPLACED

The Palestinian militant organisation Hamas, with Hezbollah's help, is building up a military presence in Lebanon, the ultimate consequences of which could be devastating, writes ... END_OF_DOCUMENT_TOKEN_TO_BE_REPLACED

With his fist bump greeting for a man he previously called a pariah, US President Biden has paved the way for Saudi Crown Prince Mohammed bin Salman's return to the international ... END_OF_DOCUMENT_TOKEN_TO_BE_REPLACED

Asked about the Shoah, Palestinians often bring up the Nakba, the displacement of Palestinians associated with the founding of the state of Israel. An Israeli Holocaust researcher ... END_OF_DOCUMENT_TOKEN_TO_BE_REPLACED
Author:
Inge Günther
Date:
Mail:
Send via mail

END_OF_DOCUMENT_TOKEN_TO_BE_REPLACED
Social media
and networks
Subscribe to our
newsletter