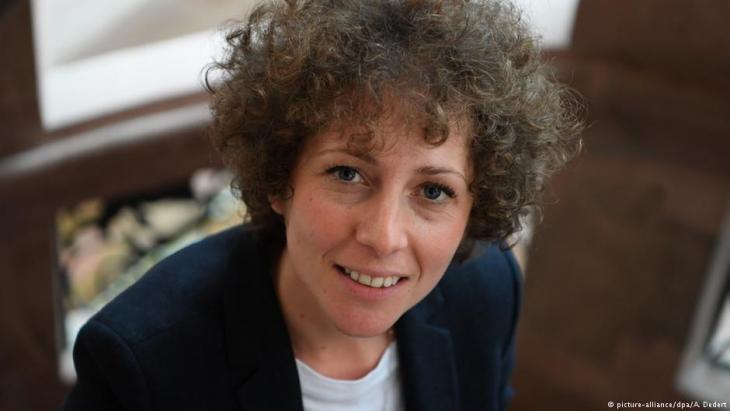 Shortlisted for the 2017 German Book Prize with her debut novel "Ausser Sich", playwright and novelist Sasha-Marianna Salzmann discusses the sense of flux – in language, gender and in nations – that dominates contemporary existence and how the past continues to live on. Interview by Noha Abdelrassoul

"Time passes and passes. It passes backwards and it passes forward and it carries you along, and no one in the whole wide world knows more about time than this: it is carrying you through an element you do not understand into an element you will not remember. Yet something remembers – it can even be said that something avenges: the trap of our century, and the subject now before us."

You cite the American writer James Baldwin in the epigraph to your novel.  How does "the trap of the century" relate to your novel?

Sasha-Marianna Salzmann: We have sinned and we will have to pay for it. The past is never over: it lives on in all of us. This is the idea at the centre of my novel "Ausser Sich" (Beside Yourself). I believe we carry more than just our family histories within us – historical events also leave their mark on us. And both, of course, are inseparably linked.

Certain events recur in the novel. Does this way of telling the story reinforce the idea of the past living on within us?

Salzmann: These recurring events reverberate through the novel. Many things determine our actions; things that we cannot comprehend. Our bodies store information that we simply cannot understand intellectually. My characters suffer because of events that they were not even present at, that they cannot remember happening, or that they cannot be sure happened in the way they remember them. My protagonist Ali runs off saying, "I have no gender, I have no language, I have no family." But something is causing her/him terrible pain. Ali is forced to face up to this unknown person within her/him-self. Otherwise there will be no future for her/him.

Another past event in the novel that has this reverberatory quality is the Shoah. But you made a deliberate choice not to have this as the main focus in the novel. 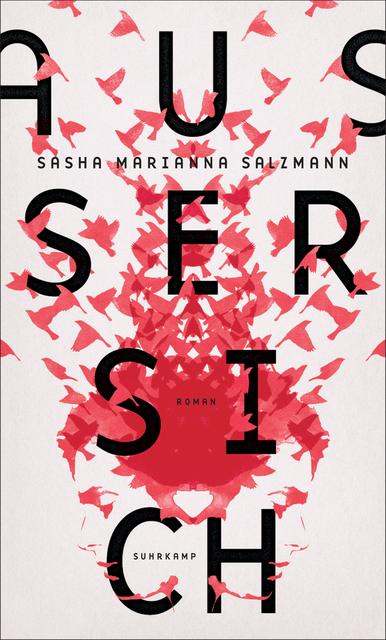 When the past catches up: "many things determine our actions; things that we cannot comprehend. Our bodies store information that we simply cannot understand intellectually. My characters suffer because of events that they were not even present at, that they cannot remember happening, or that they cannot be sure happened in the way they remember them," explains Salzmann

Salzmann: It is a trap that most things Jewish are usually linked to the Shoah. It is impossible to imagine Jewish identity today without the Shoah.

For some years now, my colleague Max Czollek and I have been working on developing a disintegration concept that attempts to break with stereotypical notions of ʹthe Jewʹ as someone bounced back and forth like a ping-pong ball between anti-Semitism, Israel and the Shoah.

These three things have only a limited relevance for Jewish identity in the 21st century. The themes in my novel are very different.

Ali has leftist sympathies and speaks about "Palestine" – but about a time before 1948. The mother later refers to it as "Israel" – did you mean to hint at that debate?

Salzmann: This is quite similar to the treatment given to the Shoah. Jews are continually confronted with such things, but what do we do if that is not what our work is about? What if this country isnʹt so important to us and we simply donʹt identify with it?

As a political person, I can relate to Israel/Palestine in the same way as I would to any other country where I know people who are close to me. The country is no longer an abstraction, it has human faces. As a novelist I try to be meticulous with my language – the words I give to my characters are carefully chosen.

The events in the novel are not things that you yourself experienced, yet there are aspects of the book that are clearly autobiographical ... what was it that appealed to you about mixing the biographical with the fictional?

Salzmann: I am interested in autobiographical fiction as a form. So, I took some parts of my own story and the story of my family, and the rest I invented. I worked my way through family myths and old photographs of people no-one in my family could identify.

Since memory is the subject of my novel, I found this connection important. My career in theatre has also taught me that everything is attributable to my body and my biography anyway, so I described Aliʹs appearance like my own. In order to play with it.

You frequently make use of metaphors and comparisons. There is a particularly beautiful comparison of a minaret with many hanging microphones to a "rose branch with thorns". Was it your stay in Istanbul in particular that inspired you to think and write in metaphors?

Salzmann: For me, Istanbul itself functions like a metaphor, because the city seems to exist in so many centuries at the same time. I am very much in love with Istanbul; my first impulse was to write a declaration of love. It seemed to me that everything was possible there and at the same time, so difficult. The city is like some great amorphous creature and I was transformed by it. I donʹt want to romanticise the city and its political situation, because I know how serious things are. But maybe there is no other way to look at something you love.

Award-winning poet Dincer Gucyeter’s debut novel is a tour de force through the German reality he experienced as an artist and son of Turkish immigrants, written with an unsparing ... END_OF_DOCUMENT_TOKEN_TO_BE_REPLACED

Sudanese protesters have been calling for the removal of German diplomat Volker Perthes from the UN mission to the country. Despite the fractious nature of post-dictatorship ... END_OF_DOCUMENT_TOKEN_TO_BE_REPLACED

We are in favour of human rights. But One Love armbands are self-righteous and ignore some fundamental issues. Stefan Buchen examines the debate surrounding the World Cup in Qatar END_OF_DOCUMENT_TOKEN_TO_BE_REPLACED

Education for girls and women is still possible in Afghanistan, says Reinhard Eroes of the Kinderhilfe Afghanistan initiative. In interview with Elisa Rheinheimer, he talks about ... END_OF_DOCUMENT_TOKEN_TO_BE_REPLACED

In Doha, Arabs from Morocco, Tunisia, Egypt and Algeria are gathering to celebrate the first ever FIFA World Cup to be held on Arab soil. The criticism from Europe? Over the top, ... END_OF_DOCUMENT_TOKEN_TO_BE_REPLACED

Canan Topcu came from Turkey to Germany as a child. In her essay, she describes how bothered she was by the racism she encountered in her country of origin when she travelled ... END_OF_DOCUMENT_TOKEN_TO_BE_REPLACED
Author:
Noha Abdelrassoul
Date:
Mail:
Send via mail

END_OF_DOCUMENT_TOKEN_TO_BE_REPLACED
Social media
and networks
Subscribe to our
newsletter