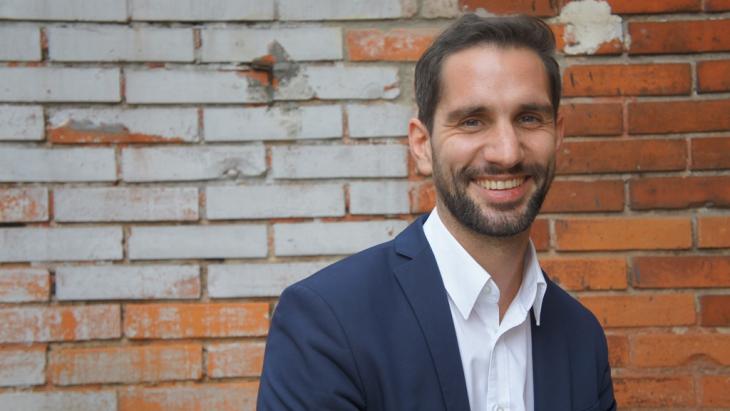 Climate change, water scarcity and declining oil revenues: the Middle East and North Africa face huge environmental challenges. Political scientist Tobias Zumbraegel has published a study on how the region is dealing with these pressing issues. Interview by Christopher Resch

Mr Zumbraegel, many experts believe that the Middle East and North Africa will be among the regions most affected by climate change. At the same time, according to your study, governments in the region are still failing to address the issue. Why is this?

Tobias Zumbraegel: There are many reasons. Countries such as Libya, Iraq, Syria and Yemen are engaged in military conflicts, some are embroiled in civil war. Soft policy simply has no priority here. Moreover, climate change touches on core political questions of power and legitimacy and reinforces the power structures of the autocratic status quo. In the Arab Gulf monarchies, for example, we can see how political and economic elites in particular are benefitting from large-scale environmental projects. On the whole, however, environmental awareness is generally pretty low at a political level and among the population. Message reinforcement in the form of information campaigns or education is practically non-existent.

According to your study, most of the positive examples come from North Africa. What is happening there?

Zumbraegel: In Morocco and Tunisia we have two countries that in recent years have driven forward a number of initiatives on environmental policy and sustainability. In Tunisia, environmental issues have also played a role in the fundamental political transformation since 2011. The government has been very keen to get activists on side because of their popular political influence.

Zumbraegel: The example of Morocco is a good illustration of how to build a positive green reputation. As early as 2016, for example, the government decided to ban plastic bags. By hosting the UN Climate Change Conference in Marrakesh in the same year, King Mohammed VI sought to further cement his country's green image.

Green image in the Gulf

How do things look in the Gulf States?

Zumbraegel: Here, too, the rulers are trying to build a green image. Qatar, for example, had the idea long before Morocco to boost its international image by hosting the 2012 UN Climate Change Conference in Doha. It was a vital move: at the time the rich emirate had the worst environmental footprint per capita in the world. The hosting of the World Cup is also being used to promote its green image.

For the Gulf States, however, the main issue is energy sustainability. It may sound paradoxical, but this global centre of energy production is precisely where an energy shortage could occur in the next few years. It is already becoming apparent during the hot summer months, when air conditioning systems are going full blast.

Zumbraegel: It is due to demographic change, but also to immense consumption and a blatant waste of resources and natural capital – just think of Dubai's indoor ski slopes. Many of these countries have begun importing gas from Qatar, for example, in order to secure national energy consumption. Abu Dhabi and Saudi Arabia are experimenting with nuclear energy, Dubai has built a coal-fired power station, even though coal is the only fossil fuel that does not occur there naturally. These examples alone demonstrate that it is less a question of authentic environmental policy and more one of energy security and the region's reputation as a global energy hub. 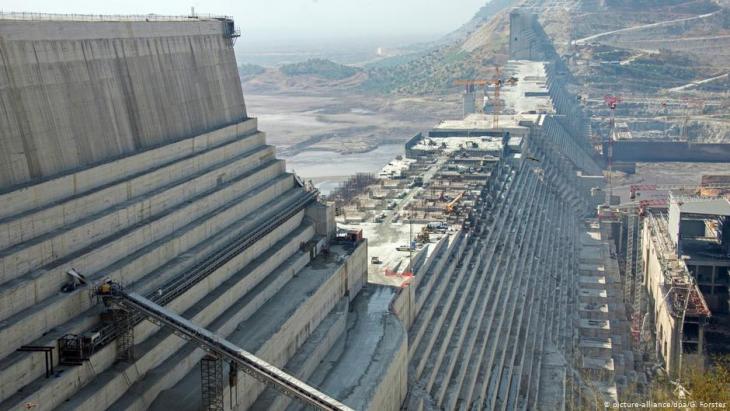 Grand Ethiopian Renaissance Dam: tensions over the dam in Ethiopia are currently coming to a head, says Tobias Zumbraegel, and the dispute between Egypt and Ethiopia over the Nile waters could develop into a regional crisis. Zumbraegel believes that environmental destruction and climate change is only likely to intensify such situations in future

Islam, nature and sustainability – "The environmental crisis is also a spiritual crisis"

In Doha, Arabs from Morocco, Tunisia, Egypt and Algeria are gathering to celebrate the first ever FIFA World Cup to be held on Arab soil. The criticism from Europe? Over the top, ... END_OF_DOCUMENT_TOKEN_TO_BE_REPLACED

"Rebel Game: The Power of Football in the Middle East and the Qatar World Cup", an anthology published by Middle East researchers Jan Busse and Rene Wildangel, takes the upcoming ... END_OF_DOCUMENT_TOKEN_TO_BE_REPLACED

After a two-year hiatus, the Arab League re-convened at the beginning of November in Algiers against a backdrop of uncertainty and discord. By Pierre Boussel END_OF_DOCUMENT_TOKEN_TO_BE_REPLACED

The history of Jews and Muslims is far more entangled than you might imagine – but you have to listen out for it. In "Recording History", Christopher Silver takes us on a sonic ... END_OF_DOCUMENT_TOKEN_TO_BE_REPLACED

Welcome to the world of Al Qasar, where Arabic music collides head-on with punk and psychedelic to create something powerful and beautiful. "Who Are We" is a raucous, subversive ... END_OF_DOCUMENT_TOKEN_TO_BE_REPLACED

END_OF_DOCUMENT_TOKEN_TO_BE_REPLACED
Social media
and networks
Subscribe to our
newsletter