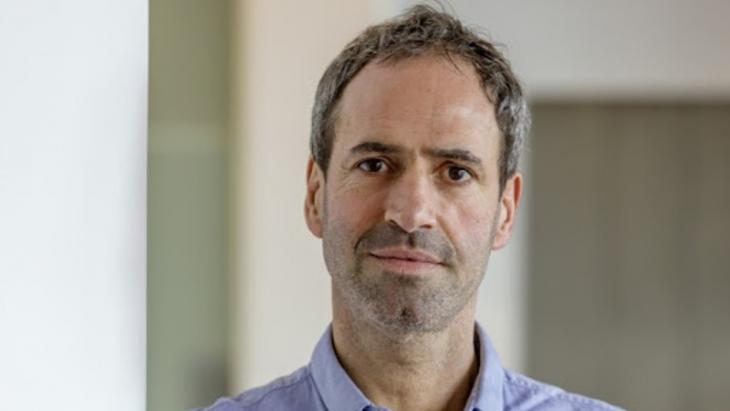 Interview with racism researcher Mark Terkessidis
What does Black Lives Matter have to do with Germany?

The protests against police violence in the USA have triggered a discussion in Germany about discrimination, immigration and the country's image of itself. Why are people who do not look German considered foreign even if they hold citizenship? And how could we all live together better? A conversation with racism researcher Mark Terkessidis

In Germany, tens of thousands turned out to demonstrate for Black Lives Matter. Out of solidarity with black people in the USA - or because they see their own situation reflected in these images?

Mark Terkessidis: Many younger people attended the demonstrations. Either they had experience of discrimination themselves or had heard about it from their classmates. They are no longer prepared to accept that Ahmed, Vassili, Songül, Leyla or their parents are treated differently by the authorities or the police. And of course there was Hanau. That was incredible: people were murdered because they went to shisha bars. There are not the same cases of deadly police violence in Germany as in the USA, but there are incredible stories relating to the trivialisation of racist acts, false investigations, the insensitive treatment of victims, victims who are taken for perpetrators. The NSU affair showed that.

Shouldn't the slogan be different in Germany, so that it also includes minorities of Turkish origin?

Terkessidis: It always depends on who is most actively involved at any given moment. Black people's organisations like Each One Teach One or ISD (Initiative Schwarze Menschen in Deutschland) have put racism and colonialism very firmly on the agenda. They are also able to link their problems with the situation in the USA and with the experience of being black, which is now seen as a universal form of racist experience. But it is quite clear that many people who are discriminated against in Germany have other origins, including European ones. 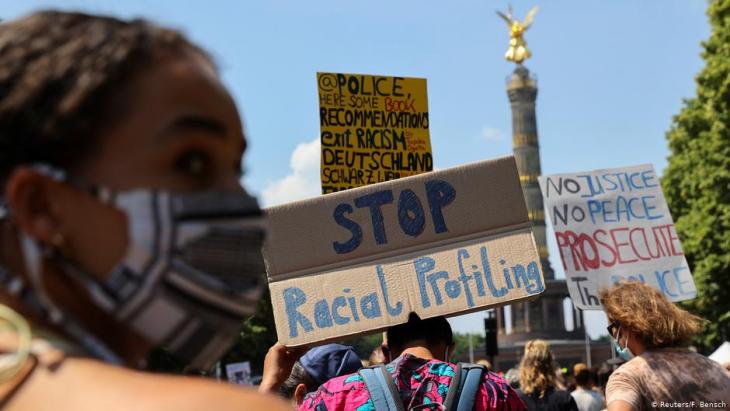 "Race" is outdated, yet racism still exists: "The word racism extends far beyond the term 'race'. It is the term we use to address illegitimate divisions between 'us' and 'them'. Like sexism, it is about one of the great inequalities of modernity. It shouldn't really matter that a person is female, but if only men work at the next higher level of the hierarchy, how can this be addressed without talking about gender? It remains complicated, but we have to face this complexity." explains Terkessidis

You may also like: "People with dark hair always have to go the extra mile"

Why does Germany struggle so much with its role as an immigration country?

Terkessidis: De jure, Germany has only recently become an immigration country. It was only in 1998 that the federal government recognised an "irreversible process of immigration". Before that, it was assumed that the so-called foreigners would all go back home. In 2000 the citizenship law was changed, which made it clear: there are also Germans of non-German origin. Awareness of this has often been slower to catch on. But if we compare racist statements of today with those of the nineties, we can see that there is less crass biologism, such as referring to immigrants as "parasites".

Why did Germany hold on to its 'ius sanguinis' for so long?

Terkessidis: Descent was supposed to act as a guarantee of cohesion. It is no accident that the German national anthem puts "unity" before "justice and freedom". Unity was a constant of Germany's development from a loose collection of smaller states into an imperial power – and "blood" was considered the solution. France, on the other hand, encouraged immigration as early as the 19th century. Anyone who professed their loyalty to France should also be able to become French. Later, the blood right was also a convenient way to regulate immigration: you simply don't give rights to immigrants.

Since returning to power in Afghanistan, the Taliban have steadily eroded the rights and opportunities of women and girls, particularly their access to education. But Afghans are ... END_OF_DOCUMENT_TOKEN_TO_BE_REPLACED

The book "The Invention of the Maghreb: between Africa and the Middle East" prompts us to review basic terminology. This includes terms that we use almost every day as if they are ... END_OF_DOCUMENT_TOKEN_TO_BE_REPLACED

Tunisia has been going through a severe economic and political crisis in recent years. More than one in three young people there are unemployed. For many skilled, qualified and ... END_OF_DOCUMENT_TOKEN_TO_BE_REPLACED

At the end of every year, the team at Qantara.de gives you a run-down of the ten most-read articles on the site over the past 12 months. Here is a quick overview of the stories ... END_OF_DOCUMENT_TOKEN_TO_BE_REPLACED

The government in the Netherlands, one of the last European nations to abolish slavery, has made an historic apology. But some feel that there is still a long way to go. By Ella ... END_OF_DOCUMENT_TOKEN_TO_BE_REPLACED

To celebrate the bicentenary of the deciphering of the Rosetta Stone, the British Museum is running an exhibition entitled "Hieroglyphs: unlocking ancient Egypt" until February ... END_OF_DOCUMENT_TOKEN_TO_BE_REPLACED
Author:
Jorg Hantzschel
Date:
Mail:
Send via mail

END_OF_DOCUMENT_TOKEN_TO_BE_REPLACED
Social media
and networks
Subscribe to our
newsletter