Sexual harassment has become a growing problem in Egypt in recent years. Since December 2010, the multimedia initiative "Harassmap" has provided a tool that can be used by victims of harassment, the police, and NGOs. Nesrine Shibib spoke to Rebecca Chiao, women's rights activist and co-founder of the initiative 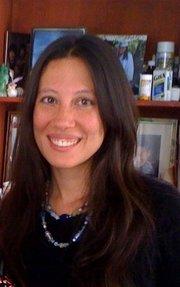 ​​How did you come up with the idea for "Harassmap"?

Rebecca Chiao: Several years ago I was working at the Egyptian Centre for Women's Rights (ECWR), when one of the volunteers came up with the idea of adapting a mapping technology to monitor sexual harassment. The original technology had been used in disaster relief and wild life migration monitoring in Africa. However, the NGO wasn't interested. Later on, I gathered a group of friends who had worked on this issue for quite a long time. And so the idea became a project.

How can a map of sexual harassment incidents be a help to women on the streets?

Chiao: We're working with several outcomes. Women reporting to "Harassmap" receive a message listing relevant services such as legal help, self-defence-training as well as psychological help. There are a lot of people who think harassment is not a real problem and that it doesn't even exist. The map is going to help advocacy NGOs dealing with this problem.

We're also going to give the map to the police, who want to increase their activities against sexual harassment but still don't have a system for finding out exactly where the incidents tend to happen. The map will reinforce the protection of women, especially in so-called "hot spots".

We'll also reach out to communities. A number of volunteers have been recruited to talk to people with a high presence in the neighbourhood, such as shop owners. They will encourage them to be watchful about harassment and intervene. We need to break the isolation that women face in such situations.

The project's first language seems to be English; it also seems to depend largely on Facebook, Twitter and e-mails. How do you plan to reach women with an average education level and low Internet access?

Chiao: The main approach is the text message. Use of mobile phones in Egypt is very high. Official statistics indicate that 55 million people own a mobile phone. It's estimated that about half of them are women. The number increases by 10 per cent every year. The actual figure is much higher than the official one. People who don't own a mobile will use the ones available at "kushks" (Egyptian for kiosk).

We're also planning on placing stickers in public spaces like buses. Women can immediately send a report when they see the contact number in the bus. 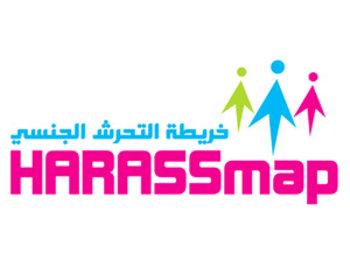 According to co-founder and women's rights activist Rebecca Chiao, many in Egypt think harassment is not a real problem and that it doesn't even exist. Says Chiao: "The map is going to help advocacy NGOs dealing with this problem."

​​Why is sexual harassment an issue in Egypt?

Chiao: The Egyptian Centre for Women's Rights has published a study listing the most important reasons. Sexual frustration, the economy and a late marriage age might be very relevant factors. But in my experience, sexual frustration by itself doesn't hold up. Married men and eight year old boys also harass women. Women seem to be easy targets in society, which is a new phenomenon. It wasn't like this twenty years ago.

The pressure in general has risen since then: inflation, low wages, pollution, traffic, and bureaucracy are making life hard for people. People living under pressure and oppression tend to transmit this pressure to people with less power in society, like women. Until recently, it was impossible for a woman to talk about sexual harassment. You would get isolated from your family, friends etc. You would risk your fiancé breaking up with you, or other serious consequences.

It might sound like a contradiction, but there are two factors coming from different ends of the social spectrum. On the one hand, you can observe women being portrayed as sexual objects in the media. On the other, you'll find an extreme religious influence coming from the Gulf region; this influence has been growing since the seventies and eighties.

The leaders of this movement tend to portray women as a source of sexual temptation. Meanwhile, men are portrayed as helpless victims against this "huge seductive power". They just can't help themselves.

We tried to work against this idea. One of the responses was a poster that showed one covered lollipop and one uncovered lollipop with lots of flies on it. The message was: if you don't want the flies (or men) around you, cover yourself, put the veil on! It puts all the responsibility on women and took it away from men. This doesn't correspond with mainstream religious perspectives regarding this issue, asking men and women to lower the gaze.

What do you think of the draft law the Egyptian parliament is planning to pass soon?

Chiao: They've been trying to pass this since 2008. So I'll believe it when I see it. In response to the growing public interest and the campaign that the Egyptian Centre for Women's Rights conducted while I was still working there, the Egyptian government came to us and asked for assistance in drafting the law, which we did. But after a number of objections from different NGOs on details of the law, three versions of the draft law have been circulating.

In response to an awareness-raising campaign run by the ECWR, this image was disseminated, encouraging women to cover up in order to avoid harassment. Says Chiao of this campaign: "It puts all the responsibility on women and took it away from men"

​​Since the draft was presented in parliament in 2008, nothing much has happened. The focus of the centre has shifted from public campaigns to advocacy. In my personal opinion, this is why the law was never passed. Every couple of months you'll find articles saying: "there is this amazing new law and it's going to change sexual harassment". But no one has ever voted on it.

Did you get to see the draft? Would it make a difference?

Chiao: A law will help. It will help create a norm. Calling sexual harassment a crime will help. But I agree with the ECWR and their criticism. The law has made harassment a crime, but in order for a woman to start the process, she needs to physically catch her harasser and bring him to the police station. This has happened a few times, but only once has a woman been successful in a trial. That was in 2008. That was great, but only ONE woman out of forty million Egyptian women. The ECWR is suggesting a draft that would allow police officers to write "harassment tickets", just like traffic tickets. People could be sanctioned immediately, they'd have to pay on the spot. But this hasn't been adapted in the draft law of the Ministry of Justice and the National Council for Women.

Chiao: We hope to be able to continue. We're also hoping we'll be able to globalise. We're the first initiative in the world to implement a digital, interactive harassment map. A lot of NGOs have asked us to help them create a similar system.

We're working on a software package and a manual to be sent out to NGOs throughout the world. Lebanon, Turkey, Syria and the States were the last. In New York a campaign has already been launched successfully.

Sexual Harassment in Egypt
Trying to Lift the Veil of Silence
The number of sexual assaults in Egypt has shot up in recent times, especially in Cairo. Women's organisations are taking defensive measures, but the problem is deep-seated. Katharina Goetze reports from Cairo

www
The ECWR and Harassmap
Click here for more information about the work of the Egyptian Centre for Women's Rights (ECWR) and here to get to the Harassmap website (Arabic only).