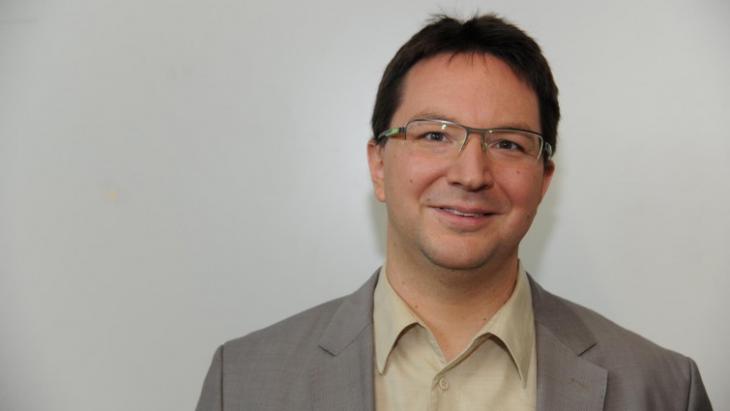 Is Germany home to a self-assured Islam and Muslims confident in their faith? It doesn't seem that way, says the religious scholar Michael Blume in interview with Christoph Hasselbach. Instead, Islam is in serious crisis

Dr. Blume, many people have the perception that a strong and resolute Islam is emerging in an increasingly less Christian Germany. The results of your research paint a completely different picture.

Michael Blume: Correct. We make a fundamental error if we include everyone in our statistics who has Muslim parents or who somehow sees themself as Muslim. That would be like identifying all those in the state of Saxony as Christian, simply based on their Christian ancestry or if they celebrate Christmas. Were that case, Saxony would once again appear to be around 90 percent Christian. In reality, however, we only consider people to be Christian if they are members of a church and in Saxony, that is only around 23 percent of the population. It′s an apples and oranges comparison.

If we take a closer look, we see the Muslim population is undergoing a massive process of secularisation. Only a small percentage of Muslims pray regularly. What we are observing here, albeit somewhat faster, is a similar process of secularisation to that which occurred in Christianity. The actions of "Islamic State" and the violence perpetrated in the name of Islam has led many Muslims to reflect upon their faith and if anything, has sped up the process.

Can you cite a percentage figure as to how many Muslims actually practise their faith? 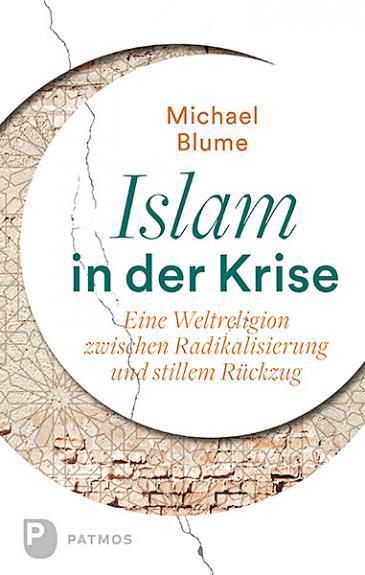 Distancing themselves from religion: in his recently published book "Islam in der Krise", religious scholar Michael Blume reveals that secularisation and doubts as to the veracity of their faith is increasingly hugely among Muslims – especially those in western societies

Blume: The question is, what does 'practising' mean? Does it mean celebrating religious festivals? If so, then anyone in Saxony who gives his family Christmas presents should be counted as a practising Christian. Or does it mean praying regularly? In that case we would already be under 40 percent of Muslims in Germany as well.

I call this retreat from religion silent, because most Muslims know, of course, that it is still rather dangerous. Within the family this can result in sanctions, while some foreign governments still enforce state prohibitions against the renunciation of religious belief. This means that for the majority, their turning away from the faith remains a secret. They reduce their religious commitment, do not talk much about it and say merely that they are not particularly religious. But if you examine this phenomenon closely, what we are observing is a truly massive turning away from tradition, particularly among the younger generation, the educated and also among women, who, in part, no longer feel comfortable in the mosque associations.

Yet, on the other hand, we are seeing among the Turkish population that has lived in Germany for generations, that it is the young who are following a far stricter religious lifestyle than the older generation. For example, they adhere to the precepts of Ramadan and more young Muslim women are wearing headscarves than was formerly the case. How do we reconcile these facts?

Blume: It is an intriguing situation. The prevalent perception is that Muslims are becoming increasingly more religious. And when one asks, a growing number of young people actually do say they are religious and are Muslims. But upon closer inspection, it becomes clear – and this has been substantiated in a study on people of Turkish heritage in Germany by the University of Munster – that the percentage of those who regularly pray, wear a headscarf, or who refuse to take the hand of someone of the opposite sex is decreasing rapidly.

The outward trappings are not necessarily an indicator of faith. Indeed, it is quite similar to what has happened in western society. Many will say, my culture is rooted in the Christian West, but I haven't seen the inside of a church for more than two years. Exactly the same thing is happening on the Muslim side. It is a transformation from religious practice to a pure admission of belonging to a religious tradition. One professes belonging to the traditions of the Christian West or the Islamic East, but the religious practice frequently just melts away.

How do you interpret the radicalisation of those Muslims who often invoke their religion?

Blume: It is what always happens to religions in crisis: a minority of believers become radicalised and the majority simply withdraws. We saw it happen in Europe during the Thirty Years' War between Protestants and Catholics. Today, there is the conflict between Sunni and Shia Muslims. Back then, the situation was similar with a small proportion of the population becoming ever more radical, while the vast majority gradually withdrew from the conflict. After the Thirty Years' War, there was a massive abandonment of religious belief and the Enlightenment took place. It was a long time before the churches could regain the credibility that they had lost in this war. Something similar is happening among Muslims. 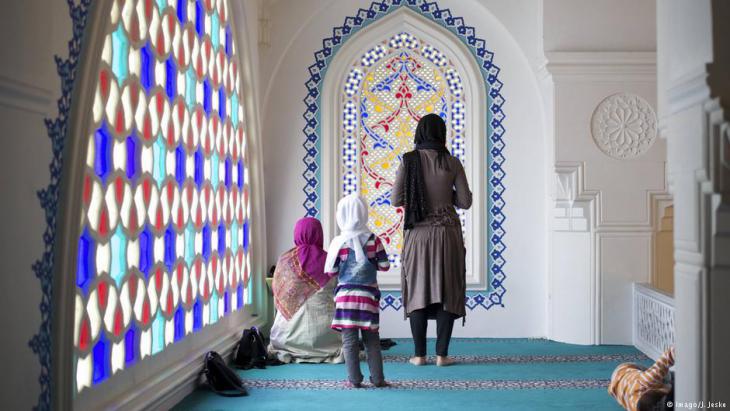 One part of the Muslim community interprets all wars and crises as the result of conspiracies. They say that nothing can go wrong with Islam and therefore any problems must be caused by Freemasons, Jews, or the Americans. In a certain sense, these people have also withdrawn. Rather than dealing with the situation, they turn to conspiracy theories and, of course, this doesn't make things any better.

Is the crisis in Islam that we are observing here perhaps the beginning of a reform process conforming to the hopes of many moderate Muslims and Western society in general?

Blume: My book is meant to encourage people to think about these issues. Although there are many reform-oriented, liberal Muslims and a quite remarkable Islamic theology that has developed in Germany, the problem is that these liberal Muslims are, for the most part, not organised. The liberal Islamic associations and mosques are very small. One has recently been established in Berlin. On the other hand, the large associations are predominantly nationalistic and conservative in character. Yet, there are a great many Muslims, particularly among the educated, who recognise this problem and say that they must do something to change the situation within Islam. Otherwise they will find themselves with their backs against the wall.

Home
Print
Newsletter
More on this topic
The secularisation of Muslims: Silent withdrawalIslam and enlightenment: Beware of the myth The Islam debate: The dual consciousness of Muslims
Related Topics
Atheism, Christianity, Islam in Germany, Muslim associations in Germany, Muslims in the West, Radicalisation, Secularism in the Islamic world, Sunni-Shia tension
All Topics

Education for girls and women is still possible in Afghanistan, says Reinhard Eroes of the Kinderhilfe Afghanistan initiative. In interview with Elisa Rheinheimer, he talks about ... END_OF_DOCUMENT_TOKEN_TO_BE_REPLACED

Locals in the Middle East have said European critics are showing bias and hypocrisy when they condemn Qatar. Observers agree that Qatar has had to deal with more criticism than ... END_OF_DOCUMENT_TOKEN_TO_BE_REPLACED

In Doha, Arabs from Morocco, Tunisia, Egypt and Algeria are gathering to celebrate the first ever FIFA World Cup to be held on Arab soil. The criticism from Europe? Over the top, ... END_OF_DOCUMENT_TOKEN_TO_BE_REPLACED

Canan Topcu came from Turkey to Germany as a child. In her essay, she describes how bothered she was by the racism she encountered in her country of origin when she travelled ... END_OF_DOCUMENT_TOKEN_TO_BE_REPLACED

All organisers use major sporting events like this year’s FIFA World Cup in Qatar primarily to advertise their country and promote a slick public image. This is not something we ... END_OF_DOCUMENT_TOKEN_TO_BE_REPLACED

Comments for this article: Turning away from Islam: Muslims beat a silent retreat

Observations and the behaviorial predictions for elections

I appreciate and thank Dr Mike Blume's time for his comments about behaviors/habits of groups related to their religion/ethnicity or origins which are very sound and factual. I wish the governmental agencies/departments use the available data/statistics for making their policies to govern/serve/control the population for their actions. I had a chance to use the data to enhance the operations of many systems by using basic human behaviors. Al

END_OF_DOCUMENT_TOKEN_TO_BE_REPLACED
Social media
and networks
Subscribe to our
newsletter