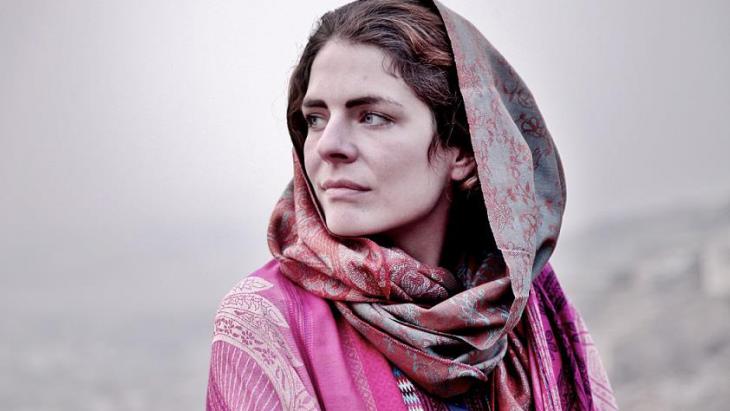 Ronja von Wurmb-Seibel is a German journalist and author of "Ausgerechnet Kabul" (Kabul, of all places). Her book is an account of her time in Afghanistan and provides an insider's perspective on the country, going beyond the subjects of burqa, Taliban and the role of the German Army in the country. Roma Rajpal Weiss spoke to her about the war-torn country and the situation for women in Afghanistan

What took you to Afghanistan?

Ronja von Wurmb-Seibel: There wasn't one specific reason, but many. I was working at the German newspaper "Die Zeit" and was covering the Bundeswehr (German Army), the reform and interviewing veterans who talked about their traumatic experiences. Then the Bundeswehr began the withdrawal of its troops and I wanted to go to Afghanistan and find out what it felt like for German soldiers to leave the country after such a long stay.

My first trip was to the camp in Fayzabad for two weeks. It was during this trip that I decided I had to come back because I felt that there were a lot of stories were not reaching the German news. Because at that point, in 2013, there was only the DPA (Deutsche Presse Agentur) in Afghanistan, none of the German newspapers or television stations had correspondents stationed in Kabul.

What is it like to live as a woman in Kabul? 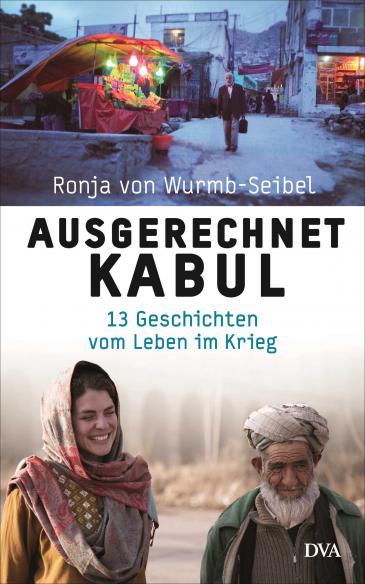 When journalist Ronja von Wurmb-Seibel moved to Kabul at the age of 27, she wanted to go beyond the usual stories about Afghanistan covered by the German media. What she experienced astonished and moved her. Her book is a homage to the courage of the Afghans, a plea for peace, and a unusual look at the German Army’s involvement in Afghanistan

Von Wurmb-Seibel: My life is more normal than people assume. As a foreign woman, I am almost like a gender-neutral person in Afghanistan because somehow the social rules for Afghan women don't really apply to me. These are not written rules, but my impression as an outsider is that it is easier for me to work as a woman. Because people know that I am a foreigner and they don't expect me to cope with the culture and the expectations that women shouldn't work or shouldn't leave the house alone or shouldn't talk to men. I felt like people didn't expect me to follow these rules – maybe to a certain extent, but not as much as they expect it of many Afghan women.

What is your assessment of the condition of women's rights in Afghanistan?

Von Wurmb-Seibel: Women's rights are an important issue in the country, but what is even more important is to talk about the possibility of applying these rights. On paper, women in Afghanistan have some important rights, such as the right to vote, the right to work. But the implementation of these rights in real life is very different.

I believe that it doesn't really help to work on women's rights from top to bottom. Instead, I think what helps more is to see where one can actually help the women and make them stronger. One of the issues where some organisations have achieved considerable success in recent years is the health sector. However, urgent efforts need to be made to help protect women who are victims of domestic violence. There are programmes that help both men and women to cope with the trauma of war and that may help the condition of women in the long run.

What does an average woman in Kabul want?

Von Wurmb-Seibel: Most of the women that I met were young women between the ages of 20 and 25, and the most important issue for them is freedom. They want to work or at least to have the choice to decide if they want to work, they want to meet their boyfriends without having to hide from their parents, they basically want to make decisions about their lives. It's not something that just the women want; both Afghan men and women of the young generation want the freedom of choice. They want to end the war, they want to have security, and they want to start a so-called normal life. That does not mean that they want to follow the Western model, I almost never talked about the scarf for example, I didn't feel that this is a very big problem for women in Kabul, at least the women I met.

You say you almost never brought up the subject of the headscarf, why?

Von Wurmb-Seibel: I never tried to bring up my topics, I wanted to listen to what they had to say and what they thought was important to discuss. During my entire stay of over a year, I had one conversation with an 18-year-old woman and she told me that rejecting the scarf was a difficult decision for her, but she did it because she wanted to change her culture. She insisted that it was important that Afghan women take the lead in rejecting the scarf because otherwise society would think that it was Western concept. 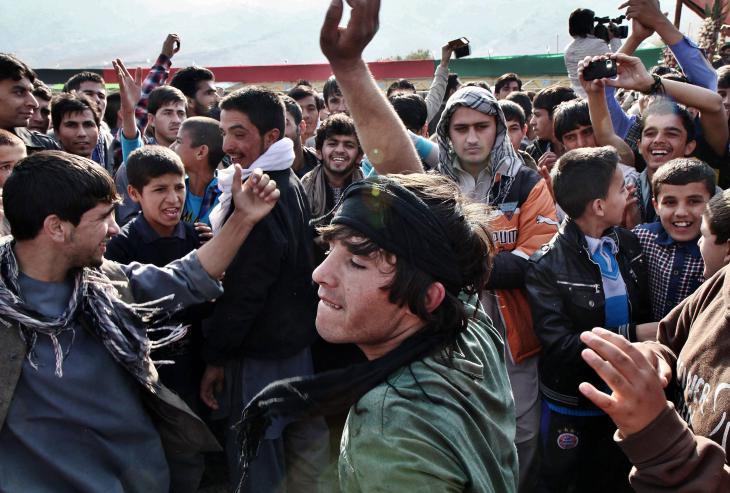 Young men at a hip-hop concert in Kabul. According to Ronja von Wurmb-Seibel, the young generation of Afghans wants peace, change and more rights. Moreover, men want more freedom not only for themselves, but for Afghan women too

How do the men feel about the situation of women in Afghanistan?

Von Wurmb-Seibel: The young Afghan men I talked to want more freedom for themselves and for women. They want to meet their girlfriends without having to hide, they want their future wife to be able to work, but then again, they have to fight or discuss the matter within their own family and with their relatives because some of them are more traditional. The men of course have more freedom when it comes to what they want to do – people expect them to work – but when it comes to discussing how they live and, for example, which person they want to marry, they have a similar problem to young women in Kabul. It is not their own decision, it is very often the decision of the family, and I felt that the young men found this very difficult to accept.

A lot of young men have come forward in support of Farkhunda, the young woman who was beaten to death by a mob in Kabul in mid March. Is this a sign of change?

Von Wurmb-Seibel: The younger generation wants social rights. They don't want incidents like the one involving Farkhunda, and I had the impression that the young generation feels a very strong responsibility for its society. They really want to change and fight for things – not with weapons, but with art, with discussions, or with journalism or photography.

I asked one person why he was dedicating his life to change and he said that he had asked his father "why didn't you stop the war and why couldn't you change anything?" and his father had no answer. So he told me that in years to come, when his children ask him "what did you do to change our society?" he wants to have an answer for them and wants to say that he at least tried his best.

What is the general view about the withdrawal of troops from Afghanistan?

Von Wurmb-Seibel: My impression is that you have a whole range of views on this topic. People are divided, and there isn't one view that dominates. You have this section of people who believe that things will take a turn for the worse, that the Taliban will gain power and the country will end up in a civil war again. Others are hopeful and look at it as a fresh start for the country.

One year ago the Taliban returned to power, seizing Kabul; the U.S. and its allies made a panicked exit from the country. Of all the books written on the subject, four stand out ... END_OF_DOCUMENT_TOKEN_TO_BE_REPLACED

Jonas Poher Rasmussen's Oscar-nominated animated documentary “Flee” focuses on the life of a refugee from Afghanistan. Based on a true story, it centres around the question: when ... END_OF_DOCUMENT_TOKEN_TO_BE_REPLACED

The Biden administration could have used Pakistan’s economic crisis to compel the country to sever its longstanding ties to terrorist groups. Instead, the U.S. protects and ... END_OF_DOCUMENT_TOKEN_TO_BE_REPLACED

No country in the Islamic world is influenced as strongly by the traditions of Sufi culture as Pakistan. Yet the Sufis there have been under attack from Islamic hardliners for ... END_OF_DOCUMENT_TOKEN_TO_BE_REPLACED

On 15 August 2021 the Taliban overthrew the government in Afghanistan and seized power. One year later, the country is facing multiple challenges that demand immediate global ... END_OF_DOCUMENT_TOKEN_TO_BE_REPLACED

Salman Rushdie's "Shalimar the Clown" is a furious tale about a lost paradise. In this interview with Lewis Gropp, Salman Rushdie talks about how the Indian army and militant ... END_OF_DOCUMENT_TOKEN_TO_BE_REPLACED
Author:
Roma Rajpal Weiss
Date:
Mail:
Send via mail

END_OF_DOCUMENT_TOKEN_TO_BE_REPLACED
Social media
and networks
Subscribe to our
newsletter