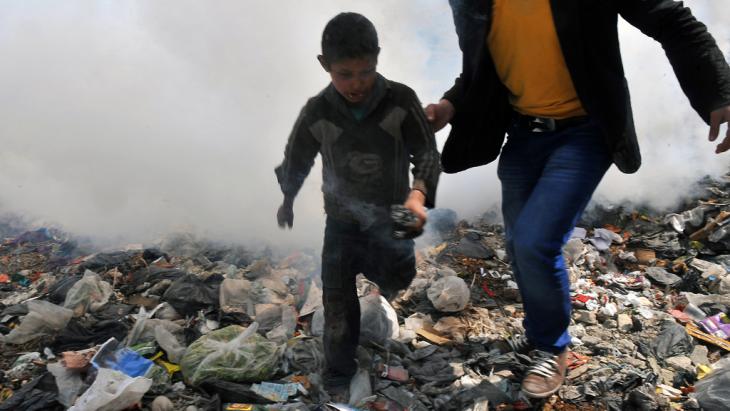 "The Murderous Assad Regime Must Be Stopped"

The Syrian opposition has accused government troops of killing 1,300 people in a poison gas attack. In an interview with Falah Elias, Sadiqu Al-Mousllie – a member of the opposition Syrian National Council – calls for military action against the Syrian dictator

Al-Mousllie: The Syrian regime has been working for months to bring the eastern suburbs of Damascus under its control. For months now, the regime has held no authority there, because these areas are under revolutionary control.

Now on the one hand, the regime is showing that it is co-operating with the UN. But on the other, it is perpetuating its efforts to discredit the rebels. This means that the regime and its backers are sending out two signals. The first is directed at the Syrian people: no one from the international community really wants to help. The goal is to demoralise the natural environment of the Free Syrian Army. 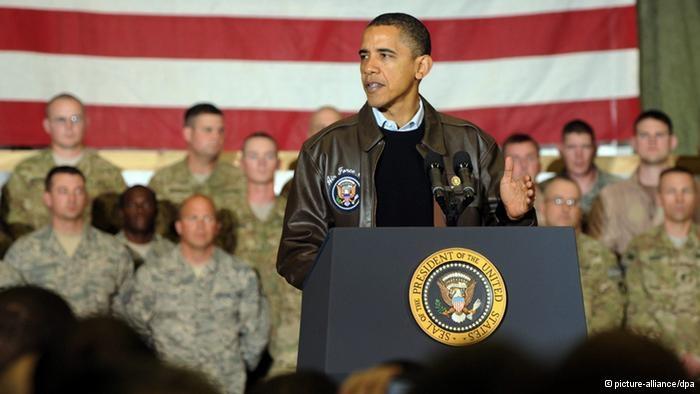 The infamous red line: "The world is watching. The use of chemical weapons is and would be totally unacceptable," said President Obama in late 2012

What do you expect the international community to do now?

Al-Mousllie: Unfortunately, the past has shown that not much can be expected of the international community. But nevertheless, it is our right, as a member of this community, to call on it for protection and support.

The murderous Assad regime must be stopped using all means at our disposal. We demand concrete action against the regime in order to put a stop to its game. We demand more pressure on its supporters such as Russia, Iraq, Iran and its off-shoot militia in Lebanon. We expect concrete and effective aid programmes for all affected areas in Syria. After all, this is about more than a million people who are either missing, dead or detained. More than 10 million refugees are living both inside and outside Syria. That's a huge number of desperate people with nothing or next to nothing!

US President Barack Obama drew a red line with respect to the use of chemical weapons. This line appears to have been crossed. Will the US now take military action against the Assad regime?

Al-Mousllie: We must realise that countries act in accordance with common interests. If a nation doesn't share another nation's common interests, it is more likely to be viewed as a kind of pawn.

Russia and the US share common interests, which are the subject of their negotiations. Unfortunately, the Syrians are nothing more than an item on their negotiation agenda. As for Europe, it appears to be just following the crowd.

What action will you take within the Syrian opposition?

Al-Mousllie: The Syrian opposition acts politically on an official level. It is doing what it can to procure material aid. But it is dependent on support from the friends of the Syrian people, and unfortunately we are confronted with great passiveness on the part of those allies. We must rely on our own people. The Syrians are the true driving force behind this revolution. 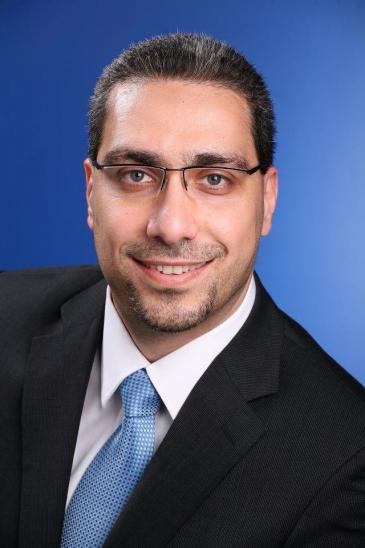 Sadiqu Al-Mousllie is a member of the opposition Syrian National Council; he lives in Germany where he works as a dentist

There has been talk recently of the establishment of a new national opposition army. How realistic is this? And what is the opposition hoping to achieve?

Al-Mousllie: One part of the opposition is talking about a structured army with a central command. This would ensure that all fighting units are organised and ready to fill the vacuum following the toppling of Assad.

But under no circumstances should such an undertaking cause additional rifts between Syrians. The aim must always be to topple the regime.

If international players don't change their stance, how can the opposition achieve its goals?

Al-Mousllie: In my view, the political opposition should not make itself dependent on regional or international actors and their responses. We are a part of the largest revolution of all time.

We should focus on the hard facts – what's happening on the ground, the work that's being done. This alone will enable Syrians to defeat this brutal regime. There are, however, donor nations that periodically provide unconditional support. This is how we will eventually bring about the demise of Bashar al-Assad and his ruthless regime.

The true motor of this revolution is the Syrian people. Right from the outset, nothing would have been possible without its commitment. This great revolution is the work of this great people. And the people will also bring it to an end with a victory.

Joe Biden promised to make democracy and human rights central to US foreign policy. But that means not insisting on Israel's right to defend itself without mentioning its ... END_OF_DOCUMENT_TOKEN_TO_BE_REPLACED

Ayaan Hirsi Ali’s new book "Prey" claims to examine how Muslim immigration threatens the rights of Western women. Indeed the injustices women face only seem to matter to her when ... END_OF_DOCUMENT_TOKEN_TO_BE_REPLACED

The disappearance of Razan Zeitouneh and her colleagues has been one of the greatest mysteries of the Syrian war – until today. DW's investigative unit hunted clues across six ... END_OF_DOCUMENT_TOKEN_TO_BE_REPLACED

I regret very much that I worked for the Bundeswehr. If the Taliban knock on my door, I hope they shoot me right away. Guest article by Ahmad Jawid Sultani END_OF_DOCUMENT_TOKEN_TO_BE_REPLACED

Almost all NATO troops have withdrawn from Afghanistan. Turkey is looking to fill the gap and is offering itself as a new protective power. But the Taliban are sending clear ... END_OF_DOCUMENT_TOKEN_TO_BE_REPLACED
Author:
Falah Elias
Date:
Mail:
Send via mail

END_OF_DOCUMENT_TOKEN_TO_BE_REPLACED
Social media
and networks
Subscribe to our
newsletter