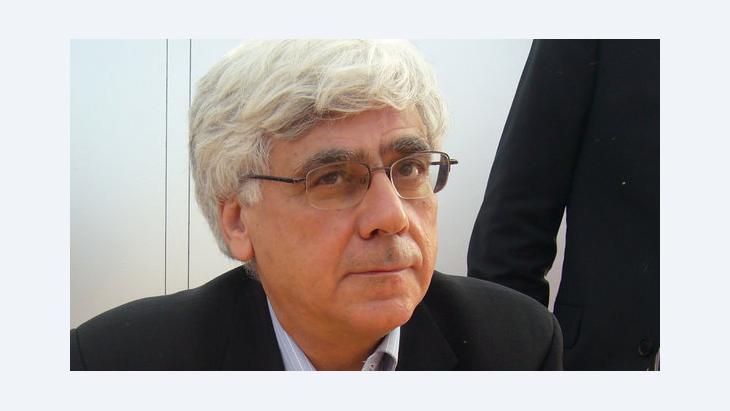 ﻿Sari Nusseibeh, Palestinian philosophy professor and President of the Al Quds University in East Jerusalem, talks to Inge Günther about the state of the peace process with Israel

﻿Many of your compatriots were euphoric at the United Nations' decision on Palestine. Did you share their joy?

Sari Nusseibeh: Not, not really. But it makes me happy to see people happy.

The joy was short-lived, as the very next day Israel announced highly problematic settlement plans. Do you believe that the UN decision will have some kind of impact and inject some new dynamism into the stalled peace process?

Nusseibeh: Nobody's in a position to say that yet. I suspect that negotiations will restart. I also suspect that everything will move very slowly and probably not reach a conclusion. That they will say that further political change is necessary. Then there'll probably be new elections in Israel. And if those elections do actually yield a leadership that is interested in completing what has been negotiated up to that point, then a deal will be reached. But it'll be a deal that gives the Palestinians much less than they expect from a two-state solution.

You mean from a territorial point of view?

So you do believe that there will eventually be two states?

Nusseibeh: I think it's possible. But it won't be the two-state solution we have in mind.

What would be lacking? Sovereignty?

Nusseibeh: What are the names of those mini states that voted against us along with the US, those islands in the Pacific?

Micronesia and the Marshall Islands.

Because the Palestinians are too weak to realise their vision of an independent state within the 1967 borders?

Nusseibeh: The settlements have already ruined that vision.

What do you expect that an Israel under Benjamin Netanyahu will be ready to give?

Nusseibeh: What Netanyahu has in mind is an archipelago of demographically homogenous regions under autonomous Palestinian administration but subject to an Israeli agenda. 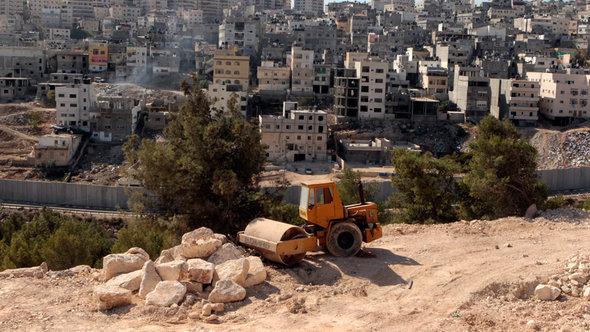 On a collision course: In response to the upgrading of the Palestinians’ observer status at the UN, Israeli Prime Minister Benjamin Netanyahu announced that his government would build a further 3,000 residential units on the West Bank and in East Jerusalem

​​Israel will use this archipelago as an export market and, for security reasons, retain control of every last corner of the West Bank and of course East Jerusalem. We will then be allowed to call this archipelago our state. That is Netanyahu's plan.

So does this mean the conflict will persist?

Nusseibeh: The aforementioned agreement could maybe hold for 10, perhaps even 20 years, but not permanently. Because it creates an unnatural situation: a mishmash. Israeli settlers would have to cross Palestinian territory on the way to work. Palestinians won't be able to establish any kind of independent infrastructure there. Which leaves us with the option of reintegrating ourselves into the Israeli labour market. Then there are the 1.5 million Arabs living and working in Israel anyway.

You're only talking about the economic dimension. As a professor of philosophy, what about the need for national identity and the right to freedom?

Nusseibeh: I say this as a philosopher: What matters in life is the economy. At the end of the day people want a decent livelihood, education for the children, health care. That's why the Palestinians will notice how they fare better with an Israel that's open to them. That's the way it was during the Israeli occupation from 1967 until the first Intifada.

A Palestinian from Gaza could visit a hospital in Jerusalem or earn his living in Tel Aviv. Today, if his child is sick with cancer, that same man can only obtain treatment for that child in Israel with special permission – and only on condition that the accompanying person doesn't set foot outside the hospital. In the West Bank too, there are far more travel restrictions in place these days than before the Oslo Accords.

That sounds nostalgic, as though everything was better during the occupation.

Nusseibeh: I'm not against the peace process. I was always in favour. But that doesn't mean I'm blind to the negative impact that the process has had. If we'd established our own state in the early 80s, it would have looked different. But we didn't manage to do that. With "Oslo", we've moved into a defective house that is neither completely free, nor totally occupied.

But it's also part of the reality that most Israelis don't want to have anything more to do with the Palestinians. They're in favour of a separation without giving up all of the West Bank in the process.

Nusseibeh: Exactly, that's why the process has derailed. I'm nevertheless convinced that an eventual solution will not be underpinned by two states, but by one state with equal rights for both peoples. Anything else would be tantamount to an apartheid system.

Do you discuss this with politicians in Ramallah?

Nusseibeh: I barely see them, but they're thinking along similar lines. Not even President Mahmud Abbas believes that he's created a state. It's a virtual state, and that's the pinnacle of his success. Look, Abbas is now 77 years old. He knows that he won't live to see a truly independent state such as that endorsed by the United Nations. So why did he go to New York? My theory: Abbas has decided to leave the people with a virtual state and then to say: "Bye, bye."

Sari Nusseibeh (63) has played a pivotal role in efforts to secure a peace solution with the Israelis. In the 1980s he established contacts with the Israeli "Peace Now" movement. During the second Intifada, he launched the peace initiative "Voice of the People" with the former Israeli secret service head Ami Ayalon. Nusseibeh still retains faith in a system of coexistence. But as he acknowledges in his latest book "A State for Palestine", he no longer believes a two-state solution can be implemented.

As someone accustomed to presenting his country to interested outsiders, Israeli teacher and tour guide Noam Yatsiv makes the case for a more nuanced appreciation of the ... END_OF_DOCUMENT_TOKEN_TO_BE_REPLACED

Jewish voices are much more diverse than the public often sees. Jewish men and women who oppose the injustice of Israeli occupation in the West Bank deserve our respect and ... END_OF_DOCUMENT_TOKEN_TO_BE_REPLACED

The Germans have a fragmented perception of the conflict between Israel and the Palestinians, and their discourse is dominated by certain catchphrases. All the while, there is a ... END_OF_DOCUMENT_TOKEN_TO_BE_REPLACED

An unusual organisation brings Jews and Muslims together to fight hate and promote dialogue. In the small central German city of Marburg they have been jointly calling for an end ... END_OF_DOCUMENT_TOKEN_TO_BE_REPLACED

Professor Timothy Brennan's "Places of Mind: A Life of Edward Said" is a detailed biography of one of the most important intellectuals of the twentieth century, taking us on a ... END_OF_DOCUMENT_TOKEN_TO_BE_REPLACED

Yair Lapid, like his late father, is a journalist-turned-politician renowned for his staunchly secular positions. But as the centrist politician edges towards the Israeli ... END_OF_DOCUMENT_TOKEN_TO_BE_REPLACED
Author:
Inge Günther
Date:
Mail:
Send via mail

END_OF_DOCUMENT_TOKEN_TO_BE_REPLACED
Social media
and networks
Subscribe to our
newsletter