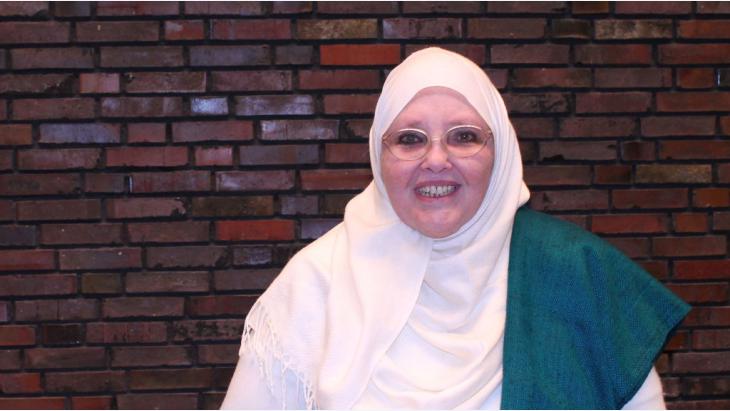 ″Women do the real work!″

Sheikha Halima Krausen was the imam of Hamburg′s Islamic Centre until 2014. Carolin Kubo spoke to the courageous Islamic theologian about the years she spent working for the local Islamic community and about her latest research project

Sheikha Halima, as an imam, you presided over the Islamic Centre in Hamburg until two years ago. What kind of questions did people come to you with?

Halima Krausen: They generally came to me with questions relating to religion or the various interpretations of Islam. Who am I, where do I belong, what is permitted and what′s forbidden? I did a lot of family counselling. People seldom asked me more difficult theological questions.

You got your licence to teach from your predecessor, Imam Mehdi Razvi. It was a revolutionary step when you succeeded him following his death in 2013 – becoming Germany′s first female imam.

Krausen: Yes. But nothing about it felt revolutionary. I had been his right hand for many years by then; I stood in for him when he wasn′t there. And then it was a fluid transition: nobody noticed for twenty years and then afterwards it just seemed natural.

Has your standing changed at all as you′ve become more well-known?

Krausen: I′ve never had situations where I′ve had to assert myself as a woman. And if I have encountered resistance, it′s been because of my theological position. And because of practical suggestions – when the resistance comes from women themselves. I have always tried to motivate women more, to activate them – many after all come to me with misgivings and inhibitions. 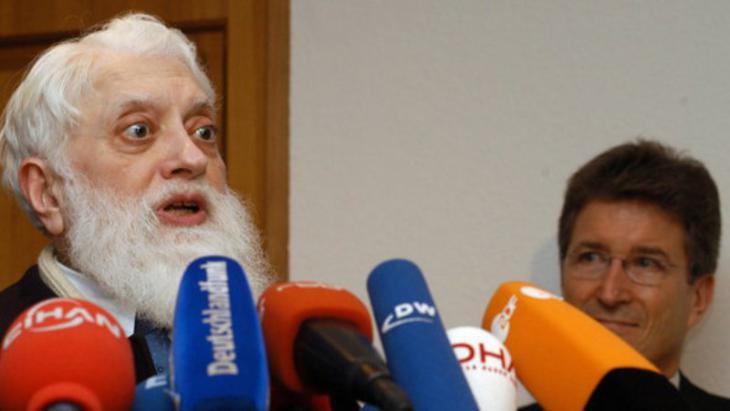 An interfaith visionary: arriving in Germany in the 1950s, Seyed Mehdi Razvi, philosopher, imam and teacher, who died in 2013, became a key proponent of interfaith dialogue. In the mid-1970s, Seyed Mehdi Razvi was entrusted with the task of establishing and providing pastoral care for a German-speaking Muslim congregation at the Islamic Centre in Hamburg. Despite his gentleness of tone, he never fought shy of confrontation. He issued a fatwa of his own to counter Salman Rushdie′s excommunication and spoke out against the defamation of homosexuals

And yet in many communities, women play a huge role, particularly when it comes to theological issues. How does this all fit together?

Krausen: Yes, women do the real work! In general, they were hesitant when an issue seemed to go against their tradition. For instance, when I suggested that women do something in public. Reciting the Koran, for example. There are female Koran reciters all over the world. They even take part in international competitions. But public awareness is lacking and, as a result, a lot of girls are advised against it. And not by the men, either, but by their own mothers and mothers-in-law and aunts.

Who have you been more successful in changing – the mothers and aunts or the daughters?

Krausen: Individuals who have just gone ahead and done it. Once a few people have set a precedent, it starts the ball rolling... That′s always been my way of working: I believe in creating facts and by the time someone notices, everyone is used to it. Then there′s no need for discussion or anything.

Do you believe you′ve done something similar with your role as imam?

Krausen: I believe so. The world looks a little bit different today. Now lots of women are doing things. Some of the people from my study groups are really involved these days. Particularly in teaching: in the mosques, but also at the university.

Emancipation is one of your hobby horses.

Krausen: My benchmark isn′t women′s rights – in that respect I′m not a feminist. Women′s rights certainly have their place, just like men′s rights, children′s rights and all the rest. But my – male! – teachers also made it their aim to empower and encourage women to do the things they wanted, without looking to some institution or authority that wanted to control them. The situation is different in Great Britain; there you have the third or fourth generation of Muslims with British citizenship. And it′s taken for granted that women in headscarves work for the police, in airport security – in all kinds of jobs. 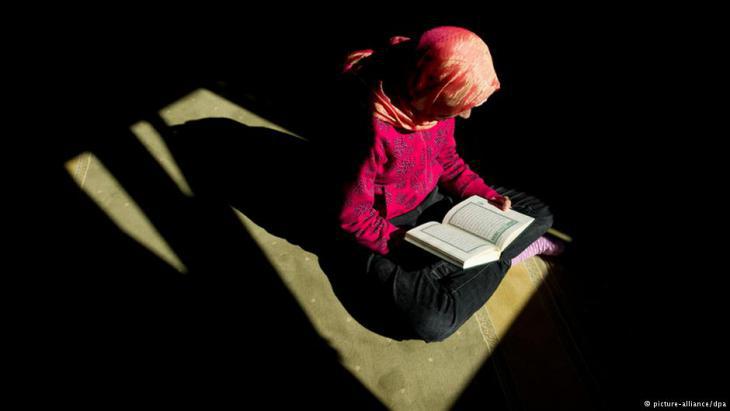 Halima Krausen: "Personally I like everything to do with teaching and ways of learning. I particularly enjoyed leading Koran study periods for adults, during which we examined the various levels of meaning and potential interpretation"

What′s your advice to women wishing to make that situation a reality here?

Krausen: There′s nothing Muslim women can do to change that. Maybe they shouldn′t be so upset by it. There are more important issues. Like radicalisation, for instance. And not just in Islam, but in general. Radicalisation is a general phenomenon: it exists on the far right, the far left, among Muslims and a lot of other groups, too.

In your pastoral work, have you ever known someone to slide towards radicalisation?

Krausen: I have sometimes encountered people who hold those views and who came to me to disrupt a Koran lesson. I made sure they were allowed to express their views first and didn′t immediately meet with resistance from others. Then they felt they had been listened to. That takes the wind out of their sails. And after that, you can consider the problem again and pick up on different facets. Sometimes that works, but it takes a lot – a lot of time and a lot of patience. You need a really sound grasp of all the various options. And above all, you can′t allow yourself to be intimidated. On an emotional level, it can be tempting just to throw the disruptive influence out.

Why did you give up your work as an imam?

Krausen: Well, none of us is getting any younger. I′m 67 now, you know! I need to do something else! The whole community situation has really changed as well. There′s a lot more German language work going on in mosques now. Because the next generation can speak it. So it′s better for specialists to take over individual areas. People who are actually trained in psychotherapy, in social work – making sure, of course, that the theological questions are left to the theologians. You can′t be an expert in twenty different subjects. 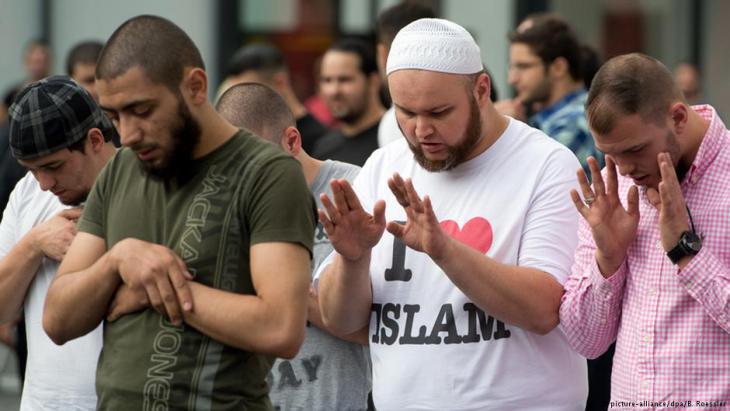 Researching the causes of radicalisation: "My latest research addresses the theological arguments of militant Salafists, IS and al-Qaida. They resort to exactly the same dualism, the same black/white modes of thinking as the Nazis," says Halima Krausen

Which reformers in Islam can you identify with?

Krausen: There is a whole wealth of experience in Islam. I′m thinking about Islamic history, too, which is far too little known. I see good approaches being taken today by Khaled Abou El Fadl, for example. He comes from the tradition and has published some things in English, too, most recently a book called “Reasoning with God”. There, he picks up on the mechanisms of renewal again and tries to shape something out of them that fits the present day. That seems most promising to me. Or my friend Amina Wadud′s hermeneutics. The balanced justice principle plays a particularly large role in her work, as the key to approaching holy texts. Another such key is mercy. Mouhanad Khorchide organised a very interesting conference on the topic in Munster. When men talk of mercy, of rahma... For them it mainly means forgiveness.

How does a woman speak of mercy?

Krausen: Mercy is not just forgiveness. The Arabic word rahma is related to rahm, womb. So in a way it′s a fundamental maternal love. A mother wants her children to become decent people. My mother-in-law′s mercy consisted of dragging her ten children to school, by force if necessary! And telling them, you′re not getting married until you have an academic degree.

Sheikha Halima Krausen led the German-speaking Islamic community in Hamburg from 1995. Since 2014, she has been an academic at the University of Hamburg.

The anti-Israeli Quds Day did not take place this year – a first both for Iran and Lebanon's Hezbollah. While Hezbollah leader Nasrallah sees his organisation in a state of siege ... END_OF_DOCUMENT_TOKEN_TO_BE_REPLACED

In "Sprache und Sein" (Language and Being) the activist Kubra Gumusay critically examines the function of language – the narratives that reflect and determine the realities of ... END_OF_DOCUMENT_TOKEN_TO_BE_REPLACED

Award-winning Indian author Rahman Abbas spent time in Europe last year researching "the Holocaust and the future of minorities in India and Pakistan". To mark VE Day on 8 May, he ... END_OF_DOCUMENT_TOKEN_TO_BE_REPLACED

A muezzin call to prayer via loudspeaker is legally permissible in principle, but various basic rights and interests must be considered, explains professor of law Mathias Rohe in ... END_OF_DOCUMENT_TOKEN_TO_BE_REPLACED

Repression and despotism takes many forms. Yet as varied as these phenomena are, they all share a common core, argues Tarek Azizeh. Revolutions accompanying the struggle for ... END_OF_DOCUMENT_TOKEN_TO_BE_REPLACED

END_OF_DOCUMENT_TOKEN_TO_BE_REPLACED
Social media
and networks
Subscribe to our
newsletter