Interview with Simon Levi
"A Culture is Never Lost"

The Jewish Museum in Morocco is the only one of its kind in the Islamic world. Alfred Hackensberger spoke to its founder and director, Simon Levi, a retired university professor, about the museum and the history of Jews in the North African country 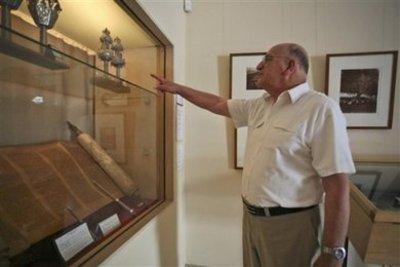 "Jews have been living in Morocco for 2,000 years; Jewish culture is an integral part of Moroccan culture and vice versa," says Simon Levi, founder and director of the Jewish Museum in Casablanca

​​Many people are amazed at the idea of a Jewish museum in an Arab country. Why did you found the museum in Casablanca, Morocco, in 1996?

Simon Levi: There is a particular connection between Judaism and Morocco. Jews have been living in Morocco for 2,000 years. Jewish culture is an integral part of Moroccan culture and vice versa. Secondly, Casablanca is the largest city in the country in terms of population. But the museum is just one aspect of our work. It belongs to a foundation that we set up to preserve Moroccan Jewish cultural heritage.

What else does the foundation do?

Levi: Well, we organise the maintenance and restoration of our synagogues. Religious sites are a very important task. There are more than 10 of them in Morocco, from the north right down to the south, almost in the desert. These are unique synagogues, the likes of which cannot be found anywhere else in the world. We also cover all possible aspects of Moroccan Jewish culture; from music to literature, everything.

Tell me something about this literature?

Levi: We have a Jewish Moroccan literature in Arabic, in classical Arabic, not just in Hebrew. That's really something special. However, this literature only lasted until about the fifteenth century. After that, it continued in the popular Moroccan language, the customary dialect that was accessible to every Jew. But this Arabic literature was recorded using Hebrew characters.

Jewish school education in Morocco at the time was religiously orientated; everyone knew the Hebrew alphabet. This is why it was used to write down Arabic literature. This is very similar to what happened in Spain with the Jewish Spanish language or in Germany with Yiddish.

The decline of the Jewish Moroccan culture: small, unobtrusive synagogues in the Moroccan city of Azemmour

In Essaouira, a port city in the south on the Atlantic, Jews made up 50 per cent of the population for more than three centuries. Now there are very, very few left.

Why have so many Jews emigrated?

Levi: Mainly because of political events in the latter half of the past century. They emigrated to Israel, France, Britain or Canada. The Jews have gradually left their homeland, an exodus that is linked to Zionism, colonialism, the bad relationship between Israel and its neighbours, and wars – to name just a few key words.

What is your assessment of the current situation? It's astonishing that some 75,000 Jews visit Morocco every year as tourists.

Levi: In general, one can view the situation today in terms of the proverbial glass, which is either half empty, or half full. I tend towards the latter. In Morocco there is a small but very well organised community with strong connections to emigrants abroad. These in turn spend a great deal of time visiting Morocco. But the most important thing is that they keep coming back to visit parents, children, grandchildren, cousins or friends. This preserves the ties between émigré Jewish communities and the Jewish Moroccan community, even though the latter is very small.

King Mohammed V (1909–1961) was reported to have said that "there are no Jews in Morocco, only Moroccans." That sounds rather dramatic. 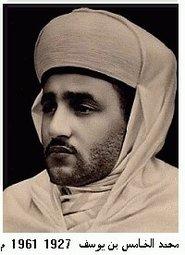 According to Levi, Mohammed V's preferential treatment of the Jews and his famous words "there are no Jews in Morocco, only Moroccans", made the Moroccan king popular not only with Jews in Morocco, but also in Israel and other places

​​Levi: Many things were said in the past just as they are today. In the summer of 1940, a new statute was issued, one that adopted a typical racist tone towards the Jews; it was quite simply anti-Jewish.

The Jews protested, arranged a meeting with Mohammed V, and it was on this occasion that he spoke the words you quote. He intimated to them that there are differences between what is written and what is reality.

Several months later, at an official celebration, the King received the Jewish delegation with many honours and had them placed close to him, alongside influential politicians and high-ranking members of the military.

Some say that Germans, who controlled the French army, were also present. This preferential treatment of the Jews, together with his famous words "there are only Moroccans", made Mohammed V very popular with Jews in Morocco, but also in Israel and other places.

You once said that Jewish culture has been lost….

Levi: I don't think I ever said that. It is not lost. A culture is never lost. I think I may have formulated it differently. You see, these days, Jewish schools in Morocco teach in French, with only a little Arabic. The French have taken over our linguistic culture. On the other hand, older members of our community still have a Moroccan-influenced culture. But this is a problem of ageing; those who still speak Arabic are disappearing.

And what about you?

Levi: I was born at a time when our culture still had clout, when it was a reality. Today it is only evident in the kitchen or at prayer. There is no longer room for a Jewish Moroccan culture; in book form or in the synagogue perhaps, but no longer on the streets, in a neighbourhood context. The Jewish Quarter no longer exists and if it does, its residents are Muslims. Now we are indeed a minority in the truest sense of the word. We used to be part of a population that had a different religion and lived in other districts…

Mr Levi, it is reported that you once said that the Israelis are not Jews in the proper sense, that in order to completely understand what it is to be Jewish, one must have lived in the Diaspora.

Levi: OK, it's not an imperative to have lived in the Diaspora, but the truth is that over a period of 2,000 years, Jewish culture was a culture of the Diaspora in numerous countries. Now Jews have again come together in a single country. Although in the first place, not all of them are Jews. More than half of them come from outside Israel.

Secondly, if a minority lives among another population that is distinct from it in culture or at least in religion, then a minority attitude begins to form. But if it is a dominant majority, one that forms a government, and commands an army, then another mentality takes shape. The character of the traditional, classical Jew of the Diaspora is something quite different to that of the Israeli Army.

Qantara.de
Interview with André Azoulay
"The Dialogue between the Cultures Is My Life's Work"
André Azoulay, advisor to the King of Morocco, is an anomaly in the Arab Islamic world: he is the only Moroccan of the Jewish faith to belong to his country's inner circle of power and has done so for 20 years. For many years now, Azoulay has actively promoted dialogue between the cultures and religions. Rim Najmi met him in Rabat

Villa des Arts in Casablanca
No Room for Contemporary Art
When the Villa des Arts was opened a few years ago, the Moroccan metropolis finally had an exhibition space worthy of comparison with similar institutions in Europe. But in Casablanca itself, it has faced massive resistance. Beat Stauffer reports

Architecture in Casablanca
The City of Fog - A Metropolis in-between Modernism and Orientalism
Casablanca has been reinvented over and over again - by Hollywood as the backdrop for a classic flick, by the French as a modern metropolis with an Oriental flair. An architectural and historical exploration of the port city with Christian Hauck

END_OF_DOCUMENT_TOKEN_TO_BE_REPLACED
Social media
and networks
Subscribe to our
newsletter