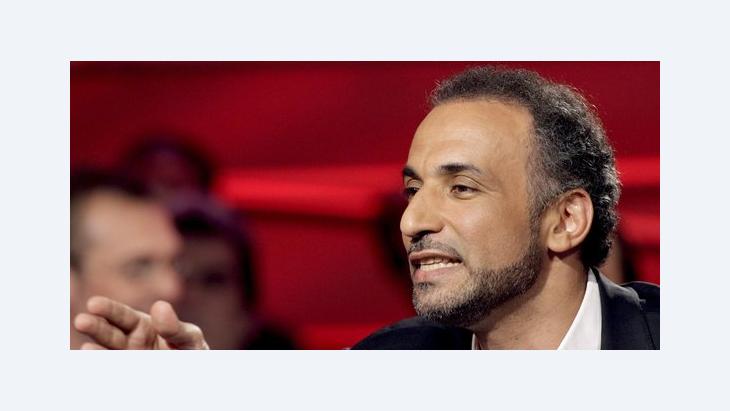 Interview with Tariq Ramadan
A Revolution in Suspense

According to the Islamic intellectual Tariq Ramadan, the revolutions in the Arab world are either unfinished or have not yet reached their goals. Ceyda Nurtsch spoke to him and asked him about the prospects for the popular uprisings and the nature of the protest movements

When you speak of the Arab uprising, you oppose what you call the "idealistic" assessment that the movement either came from nowhere or was born out of the spontaneous actions of young people. Why?

Tariq Ramadan: It is quite clear that when George W. Bush spoke about democratisation in the Middle East, he was serious about it. Many American institutions started to train people. For example, Popovic is someone who trained people in Serbia to oppose Milosevic (Srdja Popovic, co-founder of the non-violent Serbian youth protest movement "Otpor!" – ed.). So we have cyber dissidents and people who were trained. The movement was, therefore, supported from the beginning.

When you support a movement which is a mass demonstration, you can't push people to demonstrate; you can't control the outcome. This is exactly what I'm trying to say. I explained this in two chapters of my book The Arab Awakening. Islam and the new Middle East; we can't go as far as to say that it is a conspiracy or an American conspiracy, because it is not. It is a push towards democracy that was needed for many reasons that were not political but economic, and because of the role that China and India played.

​​China, for example, has multiplied its economic influence in the region by seven in recent years. Also Turkey's influence in the region is growing. So it's only a question of strategy: who is going to win what. You can see that quite clearly. It's an open secret in Syria why Russia and China are supporting the regime, why the United States and the Europeans are on the other side, and why in between you have this divide between the Shia and the Sunni, who also play a role in the game of chess. So the situation is very complex.

When we look at how developments are perceived from the outside, there is what you might call a fear in the West that Islamists have hijacked the popular movements.

Either all of them – or at least the great majority – were Muslims, but there were also Copts in Egypt. But in the end, the religious factor was a normal, natural reference. Then you have the political reference that came afterwards; it wasn't hijacked. The Islamists were part of the opposition; they have credibility. I think that because there was a lack of leadership, the more organised forces on the ground were going to take over. 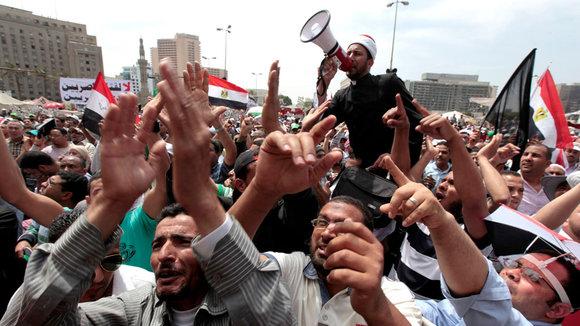 Ramadan is adamant that the revolutions were not hijacked by the Islamists, but that as a credible and legitimate opposition force, they took control because they were much better organised than the opposition forces on the ground, which lacked leadership

​​Now no one knows what is going to happen. You can't judge the people before they have implemented something. So I say, let them try instead of accepting what the dictators say: "rather us than them".

In Turkey, we can see that they are doing much more than many Muslim majority countries with dictators. So it is better to let them try rather than saying that we will go with the dictators.

Until now, you have refused to call what is happening in the Near East and in North Africa either the "Arab Spring" or a "revolution". Instead you prefer to call it an "uprising" or an "awakening"…

Ramadan: That's because I think these are either unfinished revolutions or unachieved revolutions. "Unfinished" means it still might be a success; "unachieved" means that it is a failure. I think we are somewhere in between, even in Tunisia, where you could say the revolution is over. We are still in the middle of the process. So we have to be cautious, critical, aware and committed.

Tariq Ramadan is Professor of Contemporary Islamic Studies at St Antony's College, Oxford University. His most recent book, The Arab Awakening. Islam and the New Middle East, was published by Penguin Books in 2012.

Despite what heads of state may claim, the Russian attack on Ukraine is not a wake-up call for a self-confident Europe that defends its values. The war is accelerating the decline ... END_OF_DOCUMENT_TOKEN_TO_BE_REPLACED

At the EU's outer borders, the right of migrants to a fair asylum procedure continues to be systematically disregarded. Take Greece, for example: in the worst case scenario, those ... END_OF_DOCUMENT_TOKEN_TO_BE_REPLACED

Madrid's about-face on the Western Sahara conflict has enraged Algeria. Trade relations have been frozen unilaterally and a cut in gas supplies to Europe could be in the pipeline ... END_OF_DOCUMENT_TOKEN_TO_BE_REPLACED

Mourad al-Marouai was just nine when a landmine killed him on a beach in war-torn Yemen, a tragedy that will haunt his family forever. After a swim, the little boy "suddenly ... END_OF_DOCUMENT_TOKEN_TO_BE_REPLACED

A ceasefire has been in effect in Libya for the past year and a half. Yet after Russia's attack on Ukraine, another proxy war looms in Africa's most oil-rich country. Mirco ... END_OF_DOCUMENT_TOKEN_TO_BE_REPLACED

The Ukraine war has seen energy prices spike with oil producers in the Middle East making more money than ever. But will it put the brakes on long-planned reforms to diversify oil ... END_OF_DOCUMENT_TOKEN_TO_BE_REPLACED
Author:
Ceyda Nurtsch
Date:
Mail:
Send via mail

END_OF_DOCUMENT_TOKEN_TO_BE_REPLACED
Social media
and networks
Subscribe to our
newsletter