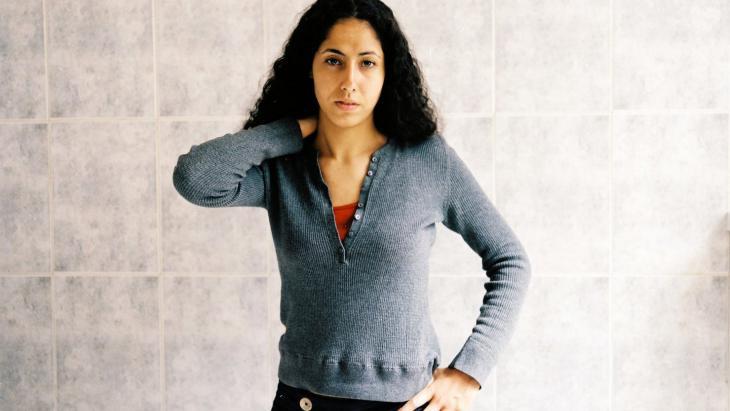 In 1919, Saad Zaghloul demanded the independence of Egypt from the British Empire and went down in history as an Egyptian revolutionary. Almost one hundred years later, in 2011, the world watched the 25 January revolution with bated breath. Laura Pannasch spoke to Laila Soliman about her theatre performance "Whims of Freedom", which draws parallels between the two popular uprisings

Is this the right time to put on a performance about the history of Egypt's revolution? The country is still in the middle of one.

Laila Soliman: With the performance "Whims of Freedom", we are not finishing the current revolution. However, after three years, we have definitely gone through different chapters. It would be blind to pretend to still be at the same point as we were in the first 18 days in 2011. I think it is time to reflect on and open up the past in order to avoid mistakes. How can we continue our revolution without knowing what the ones before us really went through? How can we feel that we are not exceptional or that our fight is not hopeless?

The text of "Whims of Freedom" is very complex, containing quotes from songs, pamphlets and poems from the time of World War I. Who wrote the text?

Soliman: Four women wrote it. Alia Mosallam, the two actresses Zainab Magdy and Nanda Mohammad and I wrote it together. I mostly made the structure and combined the texts. We had to do a lot of research for the songs and quotes, and it was hard work putting them in the context of historical events.

You were born in 1981. Can you trace back events that happened one hundred years ago?

Soliman: I think the artist's job is not related to time. The artistry is to find a way of relating yourself and the audience to the time in question.

…which becomes obvious in "Whims of Freedom" in the form of quotes from documents relating to the current revolution, such as the quotes taken from a letter from an imprisoned revolutionary. Is that letter real?

Soliman: Partially. We just made some minor changes. The writer of the letter is the activist Alaa Abdel-Fattah, who is still in prison. 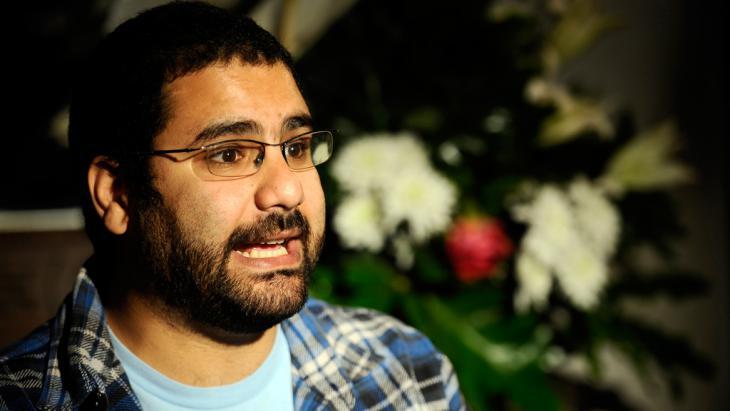 The voice of revolution and freedom: the well-known Egyptian blogger Alaa Abdel-Fattah has been arrested several times. Last June he and 24 other activists were each sentenced to 15 years in prison. He was released on bail in September 2014

Did your performance face censorship in Egypt?

Soliman: There were different opinions about certain issues, but no demonstrations or censorship. We put on two cycles of the performance, which we made for an old house called "al-Makan" in Cairo. I prefer to put on the performance in old buildings. But, because of the coproduction with the Gorki Theater in Berlin, it made sense to show the performance in the modern Studio R.

Why did you choose two female actors for the performance?

Soliman: While researching the quoted songs and poems, I was interested in the female artists and entrepreneurs of 1919 and before. To me, they were the most revolutionary people in their society. At that moment, at the beginning of the century, they were imitating Sarah Bernhardt from France by wearing men's clothes in photographs. In Egypt! At the time, most women had to cover their faces if they were from a certain class. I think the actress Nanda Mohammad is very inspiring in "Whims of Freedom", because with her presence, she can bridge the gap between the past and the present. She reminds me of the divas of the twentieth century. As I wanted a dialogue on stage, I decided to have the researcher on stage too in order to make it more transparent.

…and to represent the supposedly objective-collective memory of society in contrast to a subjective-selective one?

Soliman: That is one way of interpreting it. I don't like to say exactly what it represents, but that is definitely one of the possibilities.

Was it necessary for one of the actresses to be Syrian?

Soliman: I don't think about the nationality of the actors I want to work with. Nanda Mohammad is from Syria, but now lives in Cairo. Most of the first artists and entrepreneurs working on stage in Egypt were Syrians, Lebanese and Jews. Actually Munira al-Mahdiyya, who is one of the people quoted in "Whims of Freedom", was the first Muslim Egyptian woman to stand on stage. 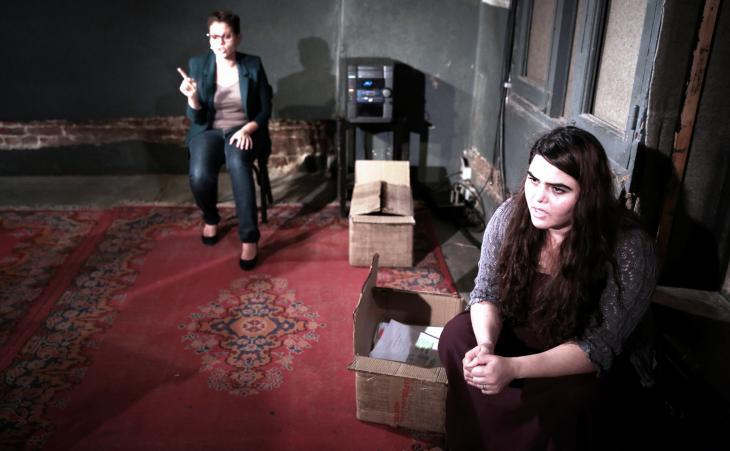 The Egyptian revolution of 1919 seen through the lens of the revolution of 25 January 2011: "I think it is time to reflect on and open up the past in order to avoid mistakes. How can we continue our revolution without knowing what the ones before us really went through? How can we feel that we are not exceptional or that our fight is not hopeless?" says Laila Soliman

You studied at the American University in Cairo (AUC), which is one of the most expensive private universities in Egypt. Right now, you are wearing a headscarf, which would typically be worn by lower class Egyptian women. Is that deliberate?

Soliman: My father was an established, well-known writer. My mother is a novelist and worked as an Arabic professor at the AUC, so I am not claiming to be from the working class. But I would not have gone to AUC if I had had to pay for it. I had a scholarship, which was dependent on my marks. So I always had to be an A-student.

Does art and cultural life reach the lower classes in Egypt?

Soliman: There are two things. The state's cultural policy is very complex, and it is a matter of information. Where does the state provide information about what cultural activities it is offering and what audience it wants? In the opera house in Cairo, for example, you find high art for high society, so there is no effort to make certain activities accessible to a larger audience in terms of their content, and there is no information about them. And they have ridiculous rules for things like dress code at these places. So it is very clear that the state policy is not to provide culture for everyone. However, there is high culture for the cultured and popular culture for the masses.

Do you think you can reach the lower classes with your art?

Soliman: It is always a question of whom you are reaching with your art, why you are making it and what you are making it for. Because of the socio-political topics I deal with in my performances, I can say for sure that something about the audience has changed. People are coming for the content and not because they are used to going to the theatre. They are coming because it has something to do with them.

Is it a result of the revolution?

Soliman: Not exclusively. It is also due to social media, which is the main way of publicising cultural activities. You reach people who normally wouldn't know about these activities. This and the content have gradually changed over the last ten years.

What is your next project?

Soliman: I am currently working on a project with young people in the Akademie der Autodidakten at Ballhaus Naunynstraße in Berlin-Kreuzberg. But I hope I can do a project about documents related to raped women in Egypt, which I found during my research for "Whims of Freedom". There is one scene in the performance where they read a report by a rape victim. This is one page from a whole file of rape documents dating from the time of World War I.

Tourists have been returning to Tunisia, Egypt and Morocco. But, given the global uncertainty caused by the Ukraine war, will the comeback be enough to save a struggling sector, ... END_OF_DOCUMENT_TOKEN_TO_BE_REPLACED

In this essay, renowned Lebanese journalist and writer Hazem Saghieh asks whether the Arab Levant, which stretches from Iraq in the East to Egypt in the West, will remain an ... END_OF_DOCUMENT_TOKEN_TO_BE_REPLACED

By 2050, the Middle East and North Africa could be dealing with many more elderly people suffering from dementia. A lack of facilities, specialists and local knowledge means the ... END_OF_DOCUMENT_TOKEN_TO_BE_REPLACED

With his fist bump greeting for a man he previously called a pariah, US President Biden has paved the way for Saudi Crown Prince Mohammed bin Salman's return to the international ... END_OF_DOCUMENT_TOKEN_TO_BE_REPLACED

Foresight is needed to turn the tide of German policy. Being independent of Russia must not lead to dependence on authoritarian regimes in the Middle East. By Kristin Helberg END_OF_DOCUMENT_TOKEN_TO_BE_REPLACED
Author:
Laura Pannasch
Date:
Mail:
Send via mail

END_OF_DOCUMENT_TOKEN_TO_BE_REPLACED
Social media
and networks
Subscribe to our
newsletter