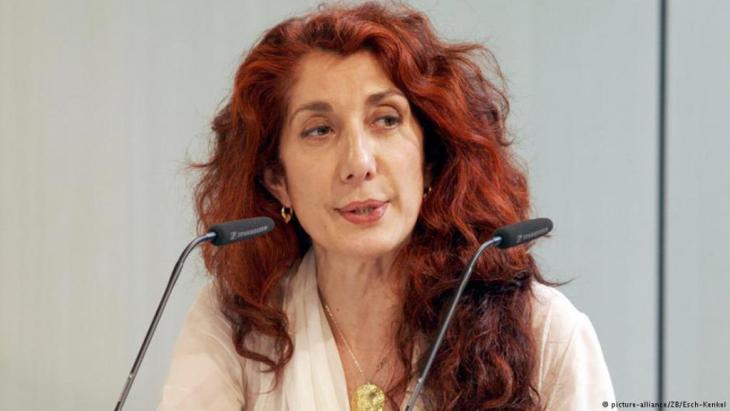 "Islam is taking root in Europe"

Sociologist Nilufer Gole talked to Muslims throughout Europe who would otherwise never get to have their say. The results of her remarkable study have now been published in German translation. Interview by Karen Kruger

Ms. Gole, you surveyed people in Germany, France, England and other countries over the course of four years, asking those you refer to as "ordinary Muslims" what distinguishes Islam as practised in Europe. What do you mean by "ordinary Muslims"?

Gole: These are Muslims who are integrated into society, members of the middle class. They feel like completely ordinary citizens and yet they are not ordinary. Those who are really ordinary disappear into the majority society. But these Muslims stand out, because they want to live out their faith in their daily lives. As a result, Europe needs to come to terms with the symbols of this Islamic faith – such as mosques or headscarves – appearing in public life. Muslims share the public space with long-established citizens, many of whom are almost anti-religious as a consequence of secularisation. This leads to a certain proximity, but not really to any close links, let alone mutual appreciation.

The visibility of Islam seems to be a big problem for many. Conflicts are often sparked by mosque-building projects or the headscarf.

Gole: Not only the religious aspect is viewed with apprehension, but also the fact that with the migrants a whole new world has arrived in the middle of European society. A large section of the European public expects nothing less of the Muslims than complete cultural assimilation.

So the conflict is about culture?

Gole: There is widespread rejection of strangers and Islam is right at the top of the list. Islam is criticised not only by right-wing populists but also by leftist intellectuals, feminists and some sections of the homosexual movement. Having fought long and hard against the power of the Church in order to attain sexual freedom and gender equality, many people now feel threatened by the return of religion to the public sphere. They are less than willing to develop new standards together with Muslims. 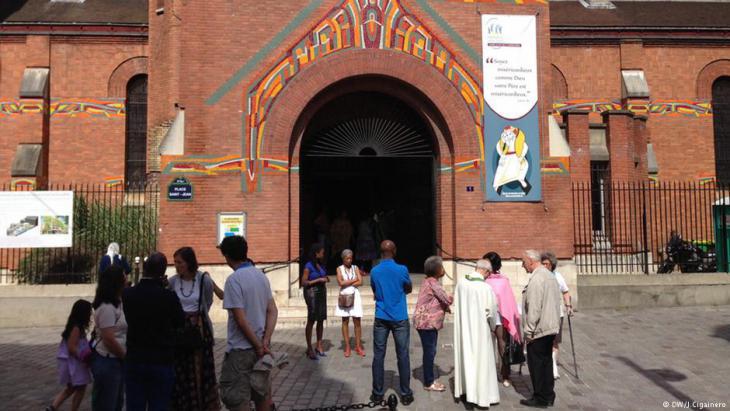 Mutual recognition rather than rejection: sociologist Nilufer Gole criticises that many people in Germany and France often barely know their next-door neighbours and frequently fail to notice ″normal″ Muslims. Moreover they either associate Islam with a range of social problems or regard it as a religion in need of reform

Is there a lack of openness? Islam is after all debated frequently enough.

Gole: Yes, but the debate is not evolving in a way that brings us closer together. When it comes to questions of halal food, for example, the discussion quickly turns to animal rights. Religion is then side-lined.

So the majority society is still constrained too much by its age-old cultural boundaries?

Gole: Yes – and the debate then misses the point – which is the reality faced by Muslims today. Yet even they no longer practise their religion in their everyday lives like their parents and grandparents once did. And nor do they want to, because they see themselves as part of the European cultural landscape.

For most of them, there is no question that they therefore have to act in accordance with secular laws, while also trying to abide by Islamic codes of behaviour. As Muslims are in the minority, it is not a given that they can practise their religion here to the fullest. For example, anyone wishing to pray five times during the typical European workday needs a strategy. That′s why young Muslims are very considered when it comes to practising their faith.

By bringing their religion out into the public space, they are casting Europe in a completely new light. The same can be said of the European converts. Islam is taking root here.

So we are witnessing the birth of a specifically European Islam?

Gole: We are witnessing a new iteration of Islam. Not dictated by politics, but taking shape at the everyday level, at the grass roots.

Home
Print
Newsletter
More on this topic
Islam in Germany: A poor secondIslam in Germany: "Democracy and human rights are just hollow words"Islam and the West: What Islamisation?
Related Topics
European Islam, Integration in Germany, Islam in Europe, Islamophobia, Multiculturalism, Muslims in the West, Right-wing populism
All Topics

In his controversial book published in 2020, French author Pascal Bruckner describes anti-Muslim sentiment as a fiction, claiming that the term "Islamophobia" is being used to ... END_OF_DOCUMENT_TOKEN_TO_BE_REPLACED

Several media reports in recent weeks have focused on the potential threat presented by Islamist groups in Germany. The discourse is fraught with generalisations, both sides ... END_OF_DOCUMENT_TOKEN_TO_BE_REPLACED

Critics of France's draft law to combat "radical Islamism" say the proposed measures are inefficient and will further stigmatise Muslims. They assert that involving Muslims in the ... END_OF_DOCUMENT_TOKEN_TO_BE_REPLACED

Sanctions against Ankara are being considered at the EU summit. The number of those in favour has risen. It remains unclear how Germany will behave. But would such measures have ... END_OF_DOCUMENT_TOKEN_TO_BE_REPLACED

Prominent Islamic scholar Muhammed Abu Zaid has urged Muslims in France to cooperate with the government. At the same time, he emphasised the need for the French authorities to ... END_OF_DOCUMENT_TOKEN_TO_BE_REPLACED

Comments for this article: "Islam is taking root in Europe"

"I believed that we would be

"I believed that we would be able to explain our religious and secular sensibilities to one another so that society could become more open to plurality. It worked for about ten years. But then a retrograde trend began for reasons that still need to be analysed."
This is an interesting comment, and really, is inconsistent with the rest of her answers. However, it is consistent with the way that Islam works.

END_OF_DOCUMENT_TOKEN_TO_BE_REPLACED
Social media
and networks
Subscribe to our
newsletter