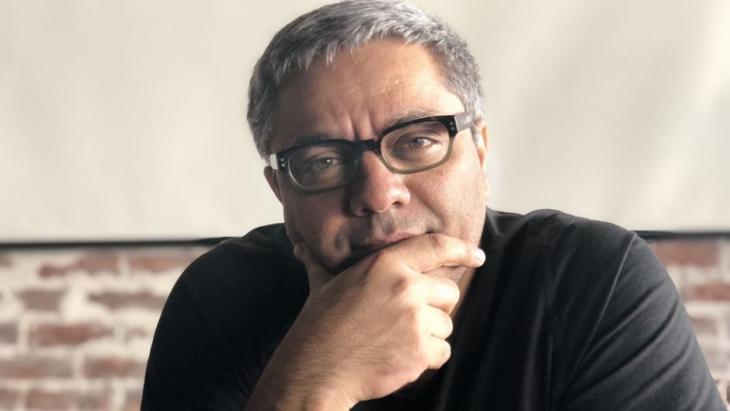 Mohammad Rasoulof's "There Is No Evil" won the main prize at the Berlinale. Maryam Mirza talked to the director, who is currently forbidden from leaving Iran, about his film

Mr Rasoulof, in an interview with Variety magazine you said you were glad that the film was finished and in a safe place.

Mohammad Rasoulof: Yes, I was under a lot of psychological and emotional pressure during the filming. Partly it was because I was also waiting for my verdict from the Court of Appeal. Every morning I woke up with the uncertainty: will I hear anything from court today? Then it finally happened: the initial verdict was confirmed. Now I am waiting to hear when the sentence will be carried out. The uncertainty is agonising, but thereʹs no avoiding it.

Your film consists of four stories, of which the common thread would appear to be the death penalty. In a broader context, one could also say that your film is about resistance. How did you write these stories? Did you decide on the central theme and then look for ways to illuminate it from different angles?

Rasoulof: The film is not primarily about the death penalty. It is about how we can take responsibility for our actions against a background of arbitrary rule and tyranny. How we can avoid obeying immoral orders when we are all trapped in a power structure of oppressors and oppressed people.

My central question in the film was: do we take responsibility for our actions? Or do we shift it, to protect ourselves from remorse, to the ruling powers that force us to do certain things? Many people say: we don't really want to, but we can't help it. And many who protest and say they are dissatisfied have a cosy place in the system. Such people then like to tell themselves that their co-operation is insignificant, and if they didn't do it, someone else would. This is exactly where the film's main focus lies: on individuals assuming responsibility against a backdrop of arbitrary rule. 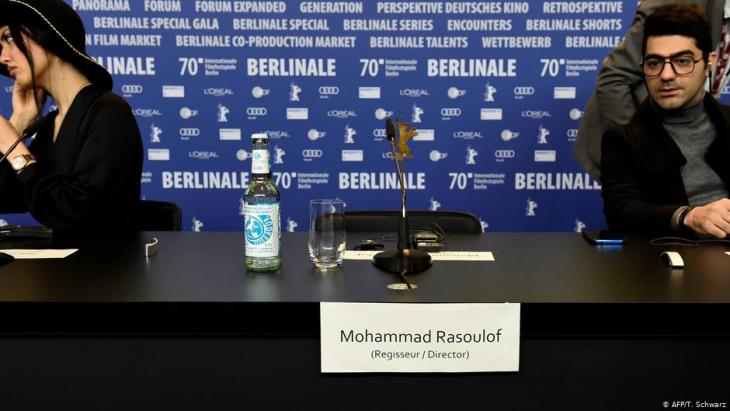 The director's empty chair at the Berlinale: in July 2019 a revolutionary court imposed a one-year prison sentence on Rasoulof as well as a two-year ban on leaving the country - for "propaganda against the Islamic order". Rasoulof is one of those Iranian directors who, despite heavy censorship and strong attempts at influence in their films, repeatedly denounce the oppression and narrowing of public space

Secondly, it is important that the four stories are largely based on my own experience. The first episode, for example, was written after I caught sight of one of the officers who had interrogated me in 2009 on the street. He did not see me, but I saw him. I was sitting in the car; he came out of a bank. That was a strange moment. He then went to his car, got in, and I drove after him, my stomach churning with emotion, caught between anger and hatred. I felt like taking pictures of him, his car and his licence plate or cutting him off and shouting at him.

While I was following him like this, the images from prison and from the interrogations whirling through my mind, it suddenly occurred to me what a normal person this must be. How much he resembles all the others you meet on the street. He was not a monster and not a devil, just a person who was on his way to buy bananas.

And while I was still staring at him, at some point I just turned off and drove home, thinking of Hannah Arendt and the banality of evil. The first part of my film arose from this chance encounter. The development of the other three stories was similar.

One section of the film is about the profession of the main character, while the other three sections all take place during the military service of their various protagonists, the latter caught in a mandatory situation. Why do you focus so much on the military?

Rasoulof: Military service is an example of a situation in which an organ of power takes away the individual's right to make free decisions. As an Iranian you don't have a choice, you have to do military service. Moreover, military service with its military and authoritarian structure breaks the personality of the recruits. Orders are fixed from the outset and nobody has the right to choose. You must do what is required of you without contradiction or explanation.

In my research on the death penalty, I discovered that in some prisons, the death sentences are carried out by conscripts doing their military service! As a reward, they get a few days leave and some pocket money. Such a reward system naturally leads to increased violence. Such violence may be within the law, but who asks whether the laws are really just?

There is a view that laws are laws and must be obeyed even if they are not compatible with human conscience. I think that is wrong. Laws only deserve our respect as long as they improve interpersonal relationships and life in society. However, if they serve to promote violence and if the death penalty becomes a disciplinary instrument in a society, then they must be revised as a matter of urgency.

You yourself have decided to resist. You have even said that resistance makes you happy.

Rasoulof: Happy is not the right word. The source of this quote was an interview I gave with a foreign cinema distributor. The translation was incorrect. What I said was that I would rather resist than give in to the censorship apparatus. Resistance gives me a feeling of inner peace, because that way I can remain true to myself. Whoever seeks to remain himself in a tyrannical system pays a high price. What reassures me is that my aim is not to accept this structure, but to bring about change. Such endeavour is satisfying. Apart from that, of course, many things are not as I would like them to be.

In the fourth section, a man has to explain to his daughter why he has refused to obey, despite the fact that his resistance has brought so many disadvantages to the family. In this scene I canʹt help asking: isn't this Rasoulof? Aren't we hearing the director's own justification through this character?

Rasoulof: When I was sent to prison for the first time, I asked my family to leave the country. I didn't really want to, but I couldn't watch their constant fears and torments. Emigration was a way out, but of course it has demanded its own price. Because of my various bans on leaving the country, I have often been separated from my family. This has damaged my relationship with my daughter. It is complicated: I have had to explain to my daughter why I acted the way I did. And now it is she who is paying for something she never chose. That angers me. This strange duality has preoccupied me for years, and I am unable to find a satisfactory answer to the problem.

When is it and when is it not acceptable to display a political banner at the World Cup in Qatar? The answer seems to depend largely on the political message, with fans ... END_OF_DOCUMENT_TOKEN_TO_BE_REPLACED

The Kurds are under attack from two sides: from Turkey, and from Iran. The situation in their territories in northern Iraq is becoming increasingly desperate. Birgit Svensson ... END_OF_DOCUMENT_TOKEN_TO_BE_REPLACED

Iranians do not want an Islam that interferes. They are fed up with a system that manipulates people with simple promises of salvation and anti-Western propaganda. Islamic ... END_OF_DOCUMENT_TOKEN_TO_BE_REPLACED

"The Voice of Dust and Ash" draws us into the life and times of Iranian maestro Mohammad Reza Shajarian with passion and joy, focusing on the man who stood, and still stands, for ... END_OF_DOCUMENT_TOKEN_TO_BE_REPLACED

November 2022 sees the Arab world firmly in the spotlight with the COP27 in Egypt and the FIFA World Cup in Qatar. Public trust in MENA governments is weak, thanks to their ... END_OF_DOCUMENT_TOKEN_TO_BE_REPLACED

In Iran, two famous actresses, Hengameh Ghaziani and Katayoun Riahi, were arrested recently. These days anyone who shows solidarity with the protesters is a target to be silenced ... END_OF_DOCUMENT_TOKEN_TO_BE_REPLACED
Author:
Maryam Mirza
Date:
Mail:
Send via mail

END_OF_DOCUMENT_TOKEN_TO_BE_REPLACED
Social media
and networks
Subscribe to our
newsletter