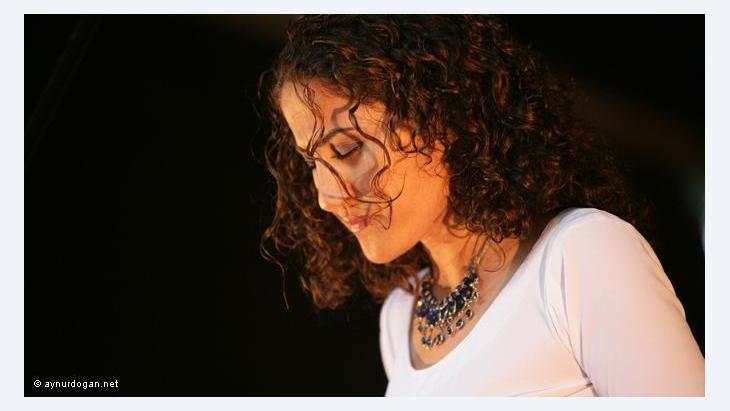 Aynur Dogan sings in Turkish and Kurdish, the political tone of her songs is deliberately provocative. Her last album "Rewend" focuses on itinerancy and connection to the homeland. Marian Brehmer spoke to her

You come from the province of Tunceli in the Kurdish heartland. What shaped your upbringing in the Anatolian countryside?

Aynur Dogan: During my childhood, I often spent time in the mountains surrounding our village, which was called Dogan. The animals, the cheese that was produced in my village, playing out in the open – those are memories that remain. Then our family moved to Istanbul. At that time I was about to graduate from college.

How did it feel to be moved from the countryside to the city? 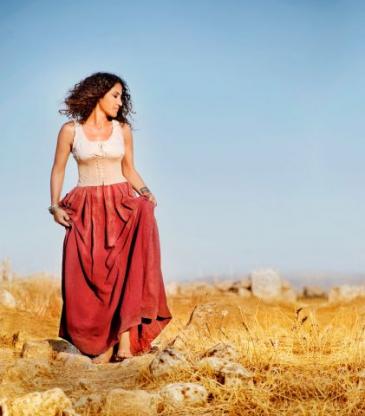 Creating a new sound in Turkey: Aynur Dogan is perhaps the most recognizable of many Kurdish singers

Aynur Dogan: To me, Istanbul seemed exceptionally big and fast-paced. But it also brought me new opportunities. In Istanbul, I was better able to dedicate myself to music than I was in my rural home. I established contacts in the music scene, attended music classes and learnt to play the baklama, the Turkish lute. But whenever I return to my village today, I go back to being a local. The villagers don't treat me any differently.

Why did you want to be a musician?

Aynur Dogan: In my Alevi village I was surrounded by music. Alevis don't have a central holy book. That's why music plays a very important role in our faith and tradition. All information and stories have been passed on through music for generations. To us, music is a medium of communication. Music is present at birth, during our youth and also in the graveyard. All life is music. All these influences of home can be found in my songs. To me, my homeland radiates power and warmth.

Your last album and single from the year 2010 are called "Rewend" (Kurdish: nomad). In the music video by Fatih Akin you're walking around Hasankeyf, the historical place in southeastern Anatolia that the Turkish government plans to clear for the construction of a dam. Are you a nomad yourself?

Aynur Dogan: I've travelled around the world a great deal in recent years, giving many concerts and meeting many people. All this is reflected in "Rewend". The song is about the path you take, the state of being constantly on the road. It is like a gust of wind that carries you everywhere and away from your home. When people forget home, problems such as the one in Hasankeyf arise. By singing "Rewend", I wanted to reactivate the power that emanates from one's home. No matter where you are in the world, you should never forget your roots.

Do you consider yourself a political voice?

Aynur Dogan: Others like to label me as a "political singer". But first and foremost I consider myself a musician. Sure, everything I sing about has a message. "Path", "warrior" - these words from my songs have a social connotation. Human rights matter to me. I am not somebody who wants to sing in quiet.

In July 2010, one of your concerts in Istanbul was interrupted by the audience. The incident happened after PKK forces committed an assault on 14 Turkish soldiers. What happened at that concert?

Aynur Dogan: Turkey is a young country. Some things in this country are not under control - and that includes the ethnic conflict with the Kurds. There are always people who view singers like me as a danger. They don't want the Kurds to be culturally self-confident. 5,000 people attended this concert in Istanbul. When I sung my second song, which was in Kurdish, almost half of the audience started booing. I had to cancel the concert. After the incident, the media reported that only a few people had disturbed the performance.

How did you cope with this situation?

Aynur Dogan: I felt very uncomfortable. It was the first time something like that had occurred to me. For two months I was turning it over in my head. I withdrew and thought a lot about what had happened. But then I reminded myself of how politics work. There are people who stir up such an atmosphere. Many Kurdish artists had to emigrate for that reason. I was able to gather new strength during my concert tour of Germany.

How do you view the situation of Kurdish musicians in contemporary Turkey? 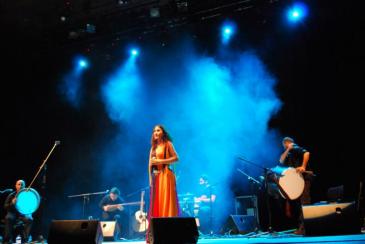 Curious artistic restrictions: "My music is only broadcast after I've signed an agreement saying that I'm responsible for all possible consequences of my music, such as riots for instance," Dogan explains

How about your music?

Aynur Dogan: My music is now being played on radio and television but as a Kurd, I'm discriminated against. By law, Kurdish clips have to be subtitled in Turkish. My music is only broadcast after I've signed an agreement saying that I'm responsible for all possible consequences of my music, such as riots for instance.

For Kurds it is difficult to organize their own concerts. There is no funding from the government. All concerts are financed by Kurdish associations. It often takes weeks until you get official permission for a concert. Although I'm famous throughout Turkey now, I can only give a few concerts in my country. I play in Europe more frequently than at home.

Germany’s electorate includes some 7.4 million citizens with international roots, while many more millions of residents from abroad aren’t allowed to vote. Both groups are often ... END_OF_DOCUMENT_TOKEN_TO_BE_REPLACED

International relations are shifting across the Middle East as regional powers adapt to America's retrenchment and China's growing influence. Although the region could become the ... END_OF_DOCUMENT_TOKEN_TO_BE_REPLACED

Germany's foreign policy is explicitly values-based. But what happens, Ralf Bosen asks, when democracy, the rule of law and human rights collide with the logic of trade and ... END_OF_DOCUMENT_TOKEN_TO_BE_REPLACED

A new global database shows a significant gap in reported COVID-related deaths, suggesting the actual worldwide death toll is short by at least 1 million. That's due in part to ... END_OF_DOCUMENT_TOKEN_TO_BE_REPLACED

Ankara's foreign policy apparatus is currently running at top speed. While politicians in the West busy themselves with evacuating Kabul and analysing the chaos, which not even ... END_OF_DOCUMENT_TOKEN_TO_BE_REPLACED
Author:
Marian Brehmer
Date:
Mail:
Send via mail

END_OF_DOCUMENT_TOKEN_TO_BE_REPLACED
Social media
and networks
Subscribe to our
newsletter