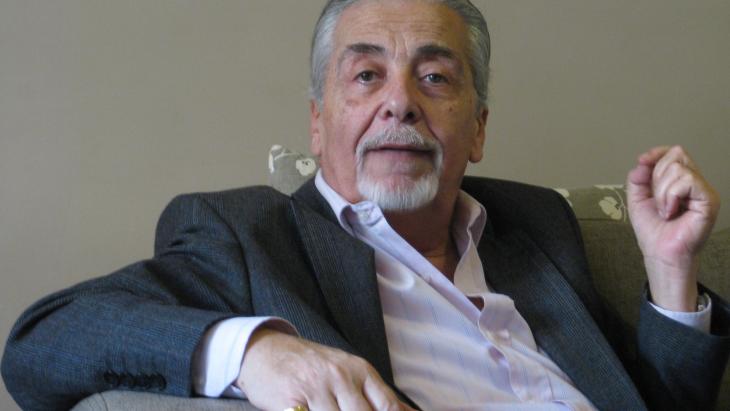 ''I Believe that Several Paths Lead to God''

The Lebanese artist and writer Ghazi Kahwaji sees the revival of Mediterranean humanism as a basis for intercultural dialogue between Arab and European societies. An interview by Aladdin Sarhan

Mr Kahwaji, you always emphasise your Mediterranean roots in your writing. Why?

Ghazi Kahwaji: The region around the Mediterranean has characteristics that you find in no other region on earth. This region was the cradle of three advanced civilisations and three religions that continue to have a lasting effect on the entire world to this day. For their part, the three world religions established three major cultures that mutually enriched each other: Jewish culture, Christian culture and Islamic culture.

We peoples of the Mediterranean can rightly claim to have made a major historical contribution to human civilisation. If we look at the Mediterranean region – from southern Europe to Egypt and the Lebanese coast – from a historical perspective, we are looking at a highly advanced cultural region. 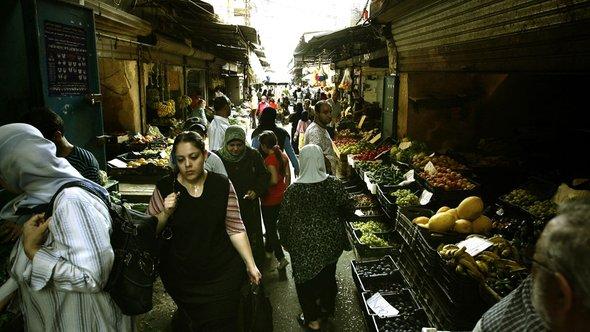 A highly advanced cultural region: The Mediterranean was the cradle of three advanced civilisations and three religions that continue to have a lasting effect on the entire world to this day, Ghazi Kahwaji says. Pictured: an old market in the ancient coastal city of Tripoli north of Beirut

​​The peoples of the Mediterranean countries were bound together by something, despite the fact that every country had its own special qualities. All of these peoples were bound together in one marked characteristic by one robust thread while at the same time keeping their own identities. The Mediterranean identity was diverse. This diversity was united in a form of humanism. One characteristic of this cross-border Mediterranean culture was that it was humanistic and for the sake of others.

In the countries bordering on the Mediterranean, people made an effort to act both locally and transnationally. How can we reach out to the other? This question has always been on the minds of the peoples of the Mediterranean. Today, we have to pose different questions: how can we restore the link to the other? How can I bridge the gap to the European other in such a way that I don't lose myself in him or merge with him, but such that each comes together while at the same time keeping a certain independent distance and looking upwards together to a single star, to the one light? That is what is required.

Does this humanistic culture not have to be revived first in one's own country before thinking about how to restore the links to others?

Ghazi Kahwaji: That is correct. Dispute and conflicts will never lead to a revival of our humanistic tradition. It is more true to say that they lead to the transformation of humanism into anti-humanism. Take, for example, this revolting and horrible confessional dispute that dominated the Lebanese civil war. The Lebanese fought about the path to God, about the right turnings on this path, about the right way of looking at things. But I believe that several paths lead to God, not just one. The dispute about the different paths, on the other hand, will never lead to God. 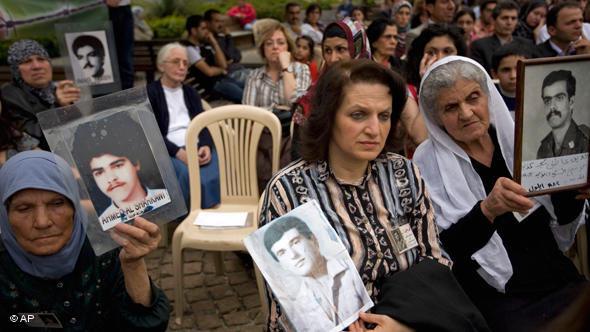 "No culture is born out of war": Ghazi Kahwaji believes a creative person cannot create anything as long as he is in the middle of a conflict. "A certain amount of time has to pass to allow things to mature and to allow the writer to write objectively," he says. Therefore no major literary works emerged from the Lebanese Civil War that ended in 1990. The country is still struggling with its collective memory of the conflict. Pictured: Lebanese women hold pictures of their relatives disappeared in the war

​​You often react to Arab and Lebanese tragedies by penning sarcastic texts ...

Ghazi Kahwaji: By nature, I am more an ambassador of comedy, no matter what artistic sphere I am moving in. I am convinced that it is much better to approach someone with a smile than with tears.

Why is it that most Arab writers write so negatively?

Ghazi Kahwaji: In general, Arabs write positively about their country, their people, their customs and their traditions. I am the exact opposite. I only write negatively. And I will never – and I am saying this here and now, perhaps for the first time in my life – I will never write positively about what I see, because I am convinced that all positive things are a matter of course; there is nothing to write about. I do not write about the duties of the citizen or the state; I only see what is negative. I document it, write about it, criticise it, and complain about it. And when I do, I really cut to the chase and I always do so in the same sarcastic style.

To this day, Lebanese culture is still influenced by the civil war of the 1970s and 1980s. Have the countless works that emerged during and after the military conflict played a role in this?

Ghazi Kahwaji: No culture is born out of war. War only brings destruction, both material and immaterial destruction. There is, however, such a thing as "war literature". But I am convinced that a creative person cannot create anything as long as he is in the middle of a conflict.

A certain amount of time has to pass to allow things to mature and to allow the writer to write objectively. I am thinking here of the French writers Albert Camus or Jean-Paul Sartre. Both write about themes relating to the First World War. But they did so over 30 years after the fact. In order to ensure that things are clear and visible, the person who is writing cannot be directly involved in the war. 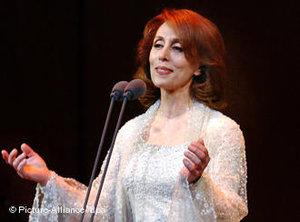 "Important forms of protest against the civil war": During the time they worked together, Ghazi Kahwaji and singer Fairuz took a stand against confessionalism and fundamentalism

​​It makes a huge difference whether one is documenting history after the fact or whether one draws on imagination to write about it while it is happening. In other words, on the one hand we have literature; on the other documentation. However, one can write poetry, plays, short stories, novels etc. on the basis of documentation.

The Lebanese civil war only resulted in slim pickings. No major literary works emerged from it. It is true that many Lebanese people write about the civil war, but they were part of the diaspora at the time. Those who write from the outside draw on their imagination, on a few documents, and write with the help of films, news, and a tragedy that unfolded. In my opinion, however, only very few reached the point at which they could really shape something creatively.

But there are famous plays about the Lebanese civil war that were written in the 1970s and 1980s.

Ghazi Kahwaji: Any piece of theatre that was developed during the war in Lebanon has now been forgotten. They were all very immature thoughts. The theatre in particular needs certainty in order to present itself. I experienced the war in all its details, both from inside Lebanon and from abroad.

At that time, I was the artistic general director for the works of the Rahbani Brothers and Fairuz. I worked on all of the pieces that they performed in Lebanon, Jordan, Syria, England, France, North Africa and Egypt in addition, of course, to the continual presence in Lebanon.

What the Rahbani Brothers produced during this period – like the plays Petra, Lulu, Mais ar-Rim and other works such as "The conspiracy" and the concerts they gave, the recitals (solo concerts) with Fairuz's group ... all these works were, in my opinion, nothing more than important forms of protest against the civil war.

Ghazi Kahwaji was born in Tyre, Lebanon, in 1945. He spent 30 years as a set designer in Rahbani's theatre and was a close associate of the Lebanese icon and the singer Fairuz. His sarcastic criticism of confessionalism, fundamentalism, corruption and social injustice in the Arab world was published in the three-volume series "Kahwajiyat" between 2008 and 2010.

Among Muslims, the image of women as "cossetted hijab-wearing princesses" is frequently invoked. But Muslim women have long wanted to be more. In her essay, Karoline Roscher- ... END_OF_DOCUMENT_TOKEN_TO_BE_REPLACED

Even in times of war and pandemic, refugees are still being deported to Afghanistan. Several deportation flights have taken place in recent weeks alone. Since those affected often ... END_OF_DOCUMENT_TOKEN_TO_BE_REPLACED

Surging coronavirus cases in many parts of the world have overshadowed the start of this year's Muslim holy month of Ramadan, with festivities once again curtailed by contagion ... END_OF_DOCUMENT_TOKEN_TO_BE_REPLACED

German Middle East analyst Guido Steinberg and television journalist Ulrich Tilgner have both published new books on the conflicts in the Middle East. Their analyses and their ... END_OF_DOCUMENT_TOKEN_TO_BE_REPLACED

On 27 March, Iran and China signed a 25-year accord intended to foster "strategic co-operation". Despite ongoing uncertainty over the deal's actual scope, content and chances of ... END_OF_DOCUMENT_TOKEN_TO_BE_REPLACED

END_OF_DOCUMENT_TOKEN_TO_BE_REPLACED
Social media
and networks
Subscribe to our
newsletter